The Praying Mantis Claims this Bush as Its Home

As I was watering the rock rose the other day, Pavonia lasiopetala, something moved in the bush. 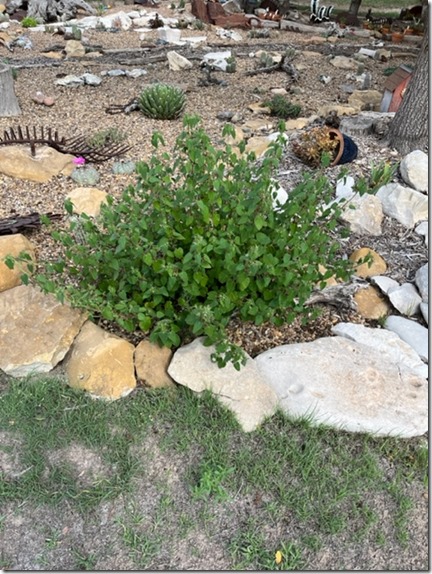 Imagine my surprise, and delight, to see I was being frowned upon by an indignant praying mantis who didn’t appreciate me disturbing his home! 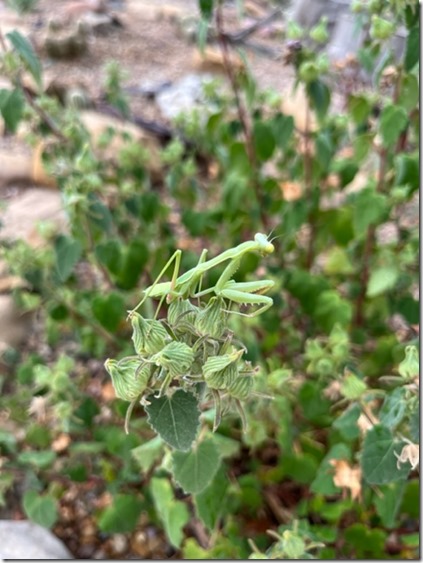 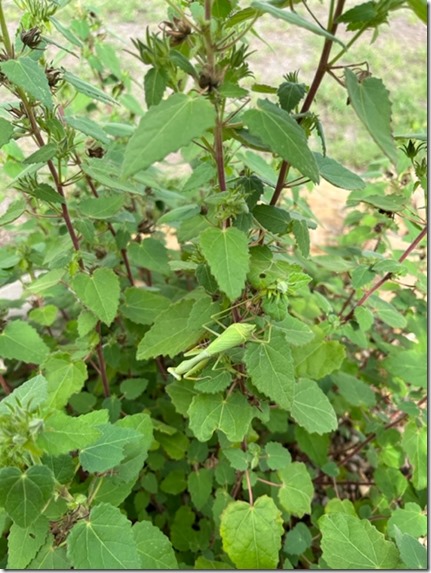 Praying mantis are in the family Mantidae, of which there are 2,000 species. The majority of them are found in Asia, but twenty species can be found in America. They are solitary and territorial, which explains why every time I water the rock rose, he is there. That’s his bush, and he really doesn’t like to be disturbed. I say he; I’m not good enough to know a male from a female; I am just glad he/she resides in my cactus garden. Praying mantises are a beneficial insect that consume a variety of insects that are less than desirable in a garden, so I am glad he/she is there. I read that they do not commonly devour their mates. Turns out that myth or common misunderstanding came out of a study that happened to be using underfed mantises, and they were hungry. 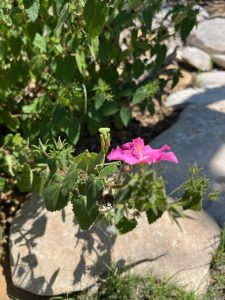 Because they are a beneficial insect, it is to your advantage to encourage praying mantises in  your garden, so it’s a good idea to refrain from using broad spectrum insecticides like synthetic pyrethroids, which, unfortunately, are pretty popular chemicals. Read the labels. And if praying mantises prey on other insects, why not let them do their job and eat those insects you would like to discourage from you garden. Those particular insecticides might not kill all the offending insects anyway, but would kill many other desirable insects, so you might consider that when tempted to spray chemicals.

This is what the rock rose looks like when it blooms, so it is attracting many insects, good and bad, for that praying mantis to eat. In my case, this one must be getting plenty to eat since he/she has claimed this bush as its own, being territorial and all. And it has been on that bush all summer; I’ve seen it many times. 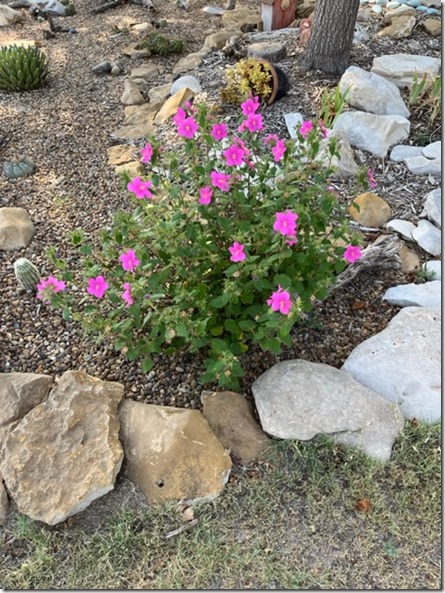 Praying mantis are said to be the only insect that can look over its shoulder, and I think that is what it is doing here when I searched the bush to find him/her today. He/she looked right at me, and then went about its business expecting me to go on my way. 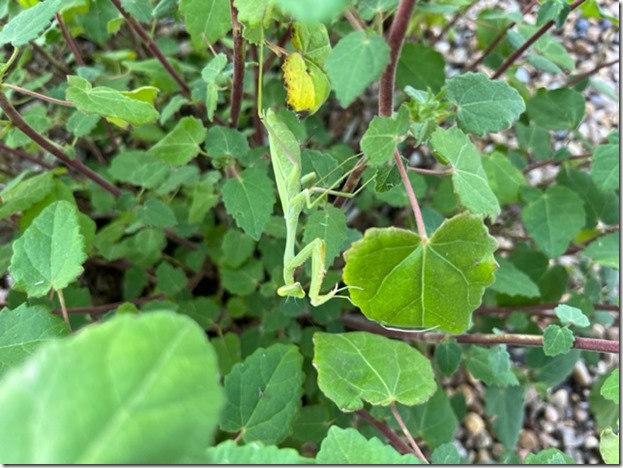 I enjoy the fact that he/she has taken up residence in this bush and gets protective when I show up. I hope I find many children next year in that bush to continue his/her work and protect the home.