Don’t Bring that Prickly Pear in the House!

I received an email from a magazine with an article about using certain succulents for house plants. From the beginning I questioned most of the choices, and eventually the article suggested prickly pear as a house plant. Whaaaat? Are they serious? That’s a terrible idea!

So, of course, I have no choice but to address the issue and tell you exactly why that is such a bad idea. Come on, you really didn’t think I was going to let it go, did you? Ha.

Over 300 species of the genus Opuntia, aka prickly pear, exist, and like all cacti are indigenous to the Americas. As far as I know, except for the spineless variety, which I think is a hybrid, they all have spines emanating from the areoles, areoles being the structure that are specific to cacti and distinguish them from other succulents. All cactus have spines, but only the opuntias have glochids that also come from the areoles at the base of the main spines. And those so-called spineless prickly pears-they still have some glochids.  The main spines don’t easily detach from the plant, but the glochids, with their tiny little barbs, pull right off when brushed or touched and are the devil to remove from whatever brushed up against them. Like your hand. Or leg. Or whatever. And it is easier to accidently brush up against a pad of the prickly pear than you think. The big spines are sharp and can hurt, but those glochids are worse. 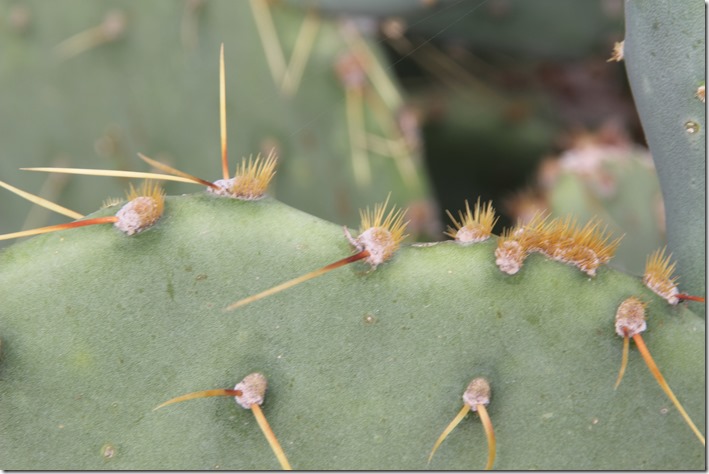 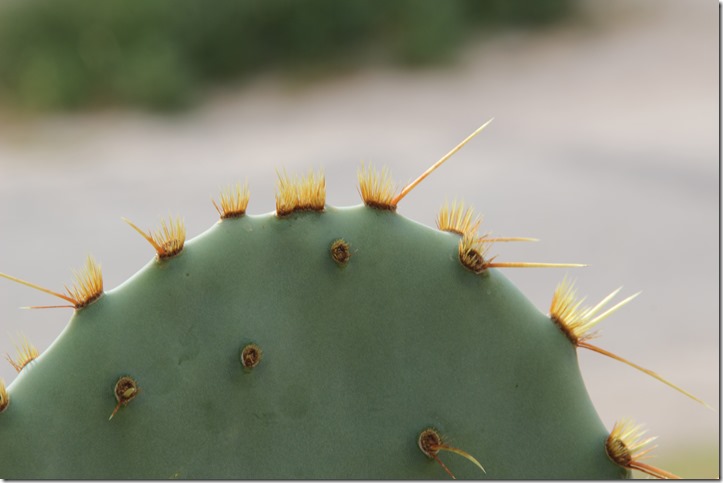 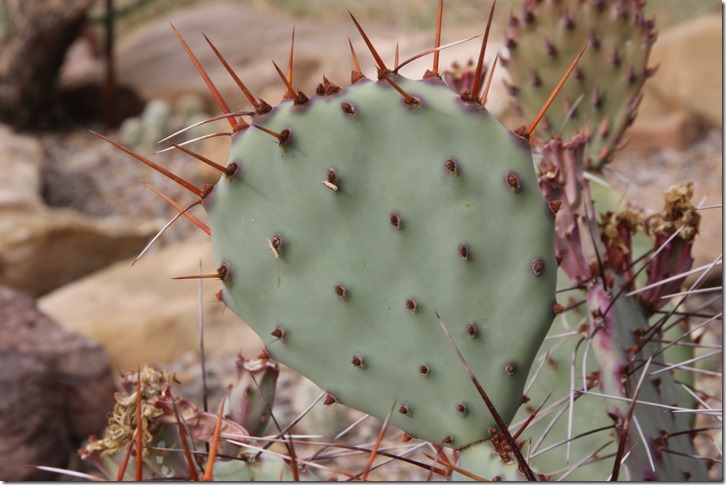 Okay, spines and glochids are the first reason not to make a prickly pear a house plant. The second reason is that they simply won’t get enough light in a house to maintain their natural, good shape, and be happy enough to bloom. I’m not sure wall to wall windows or a roof full of skylights would make prickly pear happy inside.

The main reason this article gave for succulents as house plants was their ability to store and use less water and therefore need less attention and care than other plants. Yes, all the choices named in the article are succulents, including the prickly pear, but they do need water, and I’m not sure less water trumps the sunlight needs of succulents. Lack of sunlight is what causes all succulents to lose their shape, drop leaves, get ugly, and then get thrown away.

The only succulent that is well-known to tolerate low light is the genus Sansevieria, commonly called snake plant or mother-in-law tongue, but even it grows better and looks prettier if it gets filtered sunlight. Many different varieties are available for purchase, and they all don’t grow tall like the usual snake plant, but make a nice, short rosette shape.

I have discovered, however, and quite by accident, that Euphorbia decaryi  spirosticha and Euphorbia cylindrifolia actually seem to like being inside! These plants are perennials native to Madagascar and usually are only found to purchase at specialty cactus and succulent nurseries. According to the Internet, under stress, which in their case, ironically, usually means too much sun!- the leaves turn a coppery bronze color, which I don’t think is as pretty as their nice dark green. Outside I always put them where they get very filtered sun, and I had one older pot that sat in front of an east window for the winter and did very well, so it wound up staying in the house and has thrived, even after a move to a south-facing window. 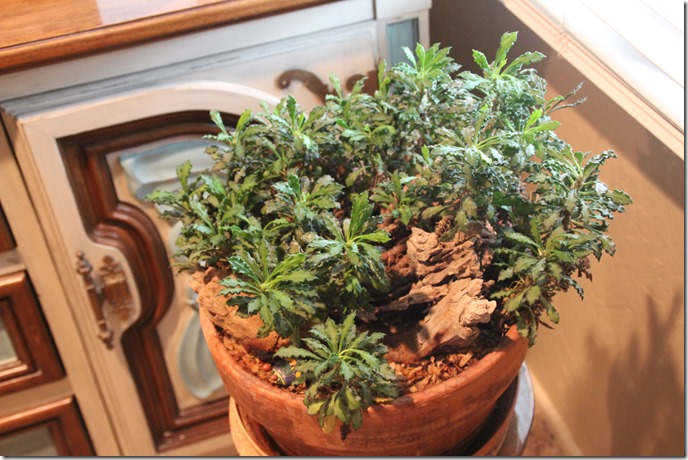 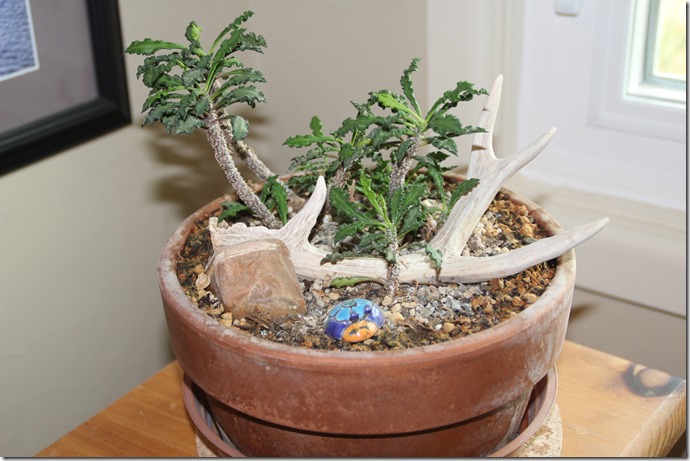 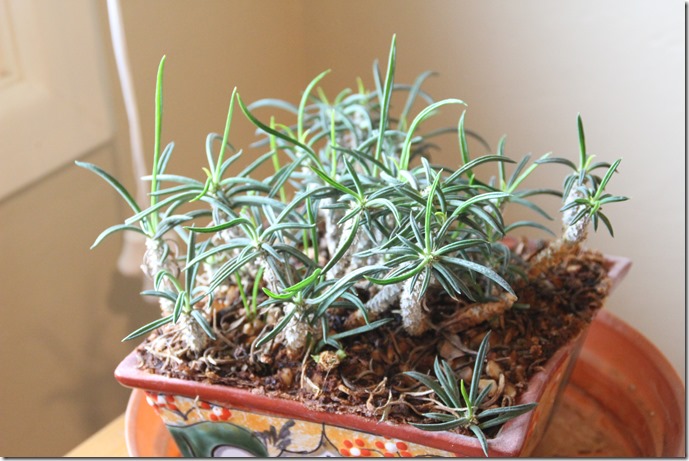 But early this spring I wanted to root some cuttings of these two plants, so I potted the cuttings and put them in filtered sunlight outside. They sat and sat, didn’t grow, but also didn’t die. Now, when customers tell me about a succulent that isn’t doing well, I usually suggest trying a new location since the plant is obviously not getting what it needs where it is. Well, it finally dawned on me that I should take my own advice and moved the little cuttings and two older plants in the house to a south-facing window. And magically, the leaves began to grow and get green! I also realized that these two varieties also like a bit more water than I was originally giving them. Sounds like a regular house plant, doesn’t it?

My opinion: myriad other foliage plants make better house plants than succulents. Train yourself and come up with a watering system for them. And if you want a prickly pear, put it outside in the ground where it will be happy and thrive. 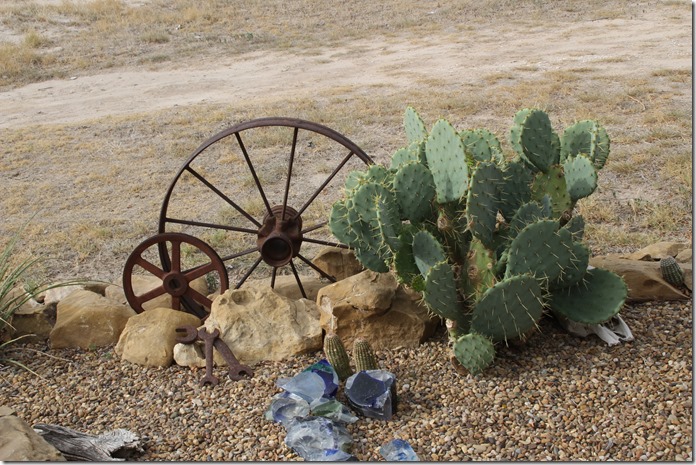 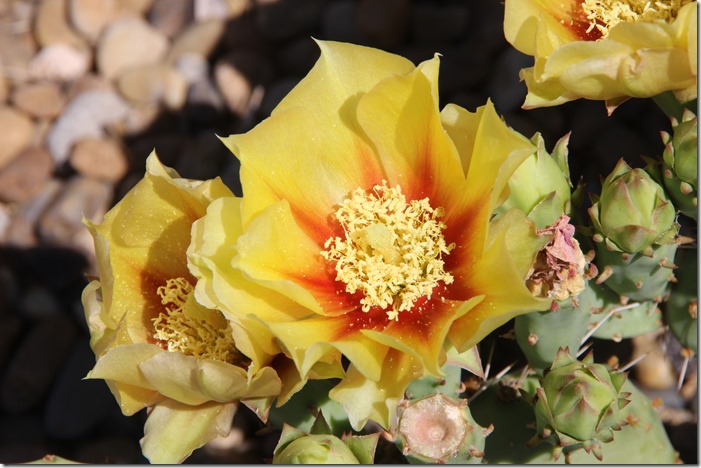 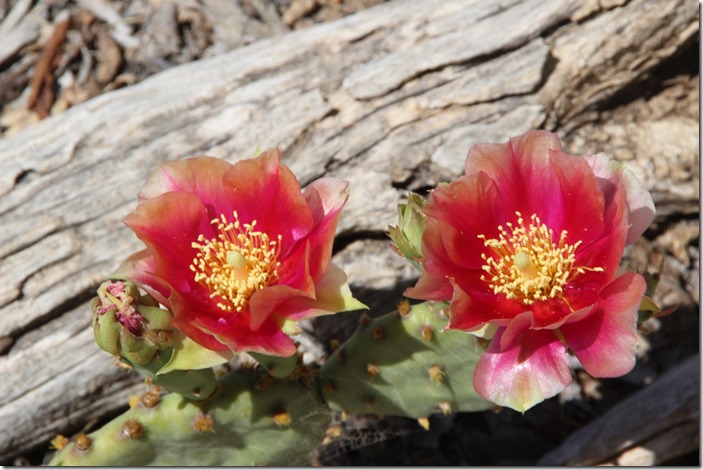