The second of those three college-worthy lessons presented by Rob Wallace, professor at Iowa State University, at the Mid-States Cactus and Succulent Conference was about plant taxonomy, and since I have found that many people don’t  pay much attention to their plants’ names when they buy them, or they are hesitant to pronounce those unfamiliar names, or they just don’t think it’s necessary to learn the names, I thought this might be something worth looking at again. I mentioned this topic in my overview of the conference, but didn’t spend a whole lot of time on it. And even though it will still be hard to condense all that Rob had to say on the subject, perhaps I can encourage you to start paying more attention to those intimidating names. 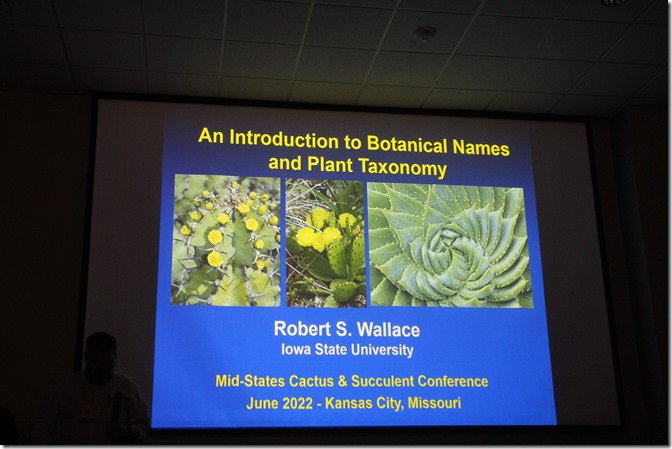 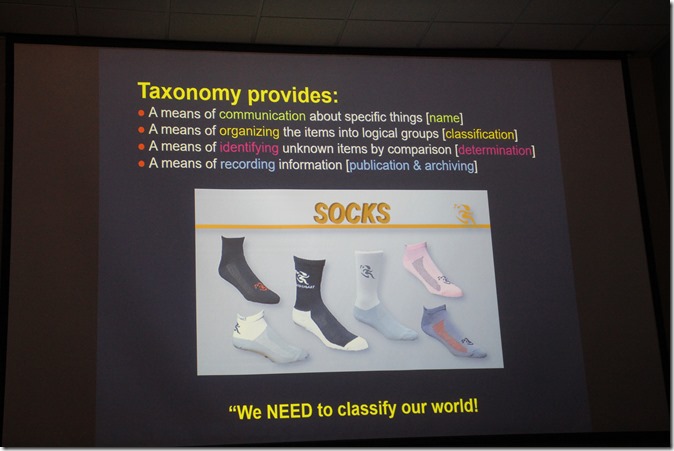 Rob pointed out that, really, we are all taxonomists, whether we want to admit it or not. We separate our silverware in the kitchen drawer, we group types of socks in  our bureau, we separate winter clothes from summer clothes, and if you don’t do any of these things, I’ll bet you can think of something that you do group according to use or whatever. Granted, some of us may be more OCD about it than others, but you know you surely organize something!

Scientific plant names have three parts and follow formal naming rules from the International Code of Botanical Nomenclature, known as ICBN. The names are derived from Latin or Greek root words that give some description of the plant, the locality where it is native, and will usually include the name of the person who discovered the plant, as well as use the proper gender suffix with the name. 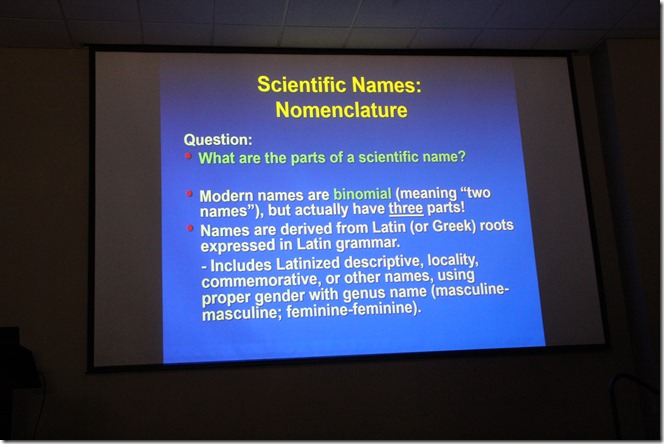 Plants will usually have a common generic, popular name, but that can change from town to town, state to state, country to country, and aren’t always helpful, for example,  when trying to tell someone about your barrel cactus, or old man cactus, or whatever, because barrel cactus simply describes the shape; old man cactus just says the plant is covered in wooly hair next to the spines, but it doesn’t really tell  you which cactus you are talking about. And there are lots of barrel-shaped cactus and wooly cactus out there.

Now, prickly pear is one that is pretty easily identified by the common name  prickly pear, and everyone knows what you are talking about. But there are so many different prickly pears!  So if you add the species, you know exactly which plant you are talking about. And did you know that cholla, another common name, is actually in the Opuntia family with prickly pear? But it is Cylindropuntia since the segments are cylindrical in form rather than like the pads of a prickly pear, or Opuntia. which gives an example of a description of the plant in the name. The main labels that you, the hobbyist, need to become familiar with are the genus and species, the last two in the list. 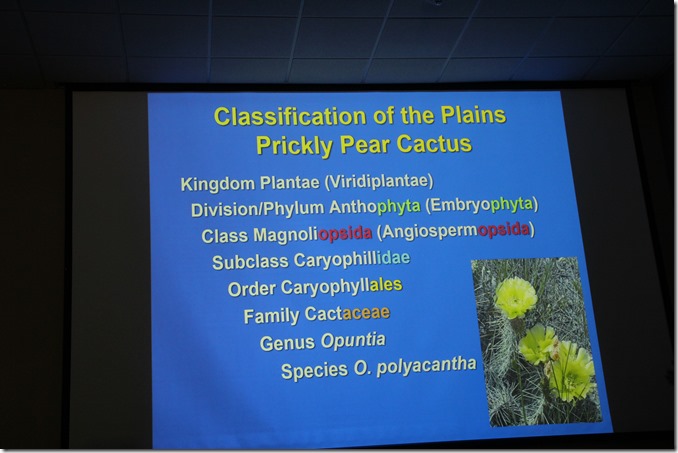 I put a plant ID tag in the pot with each plant and also keep a running list on my computer of all those names, as well as the date when they joined my collection and if helpful, where I purchased them. I like to know how old my plants are, and this is one way of keeping up with ages. And if you take care of them, most will outlive you!

Rob shared these tips for the cactus hobbyist. Note the last one about writing your labels in pencil rather than pen. That is because these days with all the fancy microscopes and DNA studies that were not available years ago when these plants were named and classified, sometimes their identities change with new findings, and you might want or need to change the name of your plants.  But the point is, sometimes these names will change if the plant is indeed found to better fit in another family or genus.

He also said more than once not to be concerned about your pronunciation of the name. Many in the cactus world pronounce the names a bit differently, but they are pronounced similarly enough that you still know which one you are talking about. As you continue to use the names, you will be more comfortable with saying them out loud. And I can tell you from personal experience that the more you say them, the easier it will be. And if you will look at the word and take it by syllables, you will be surprised how it all begins to make sense. 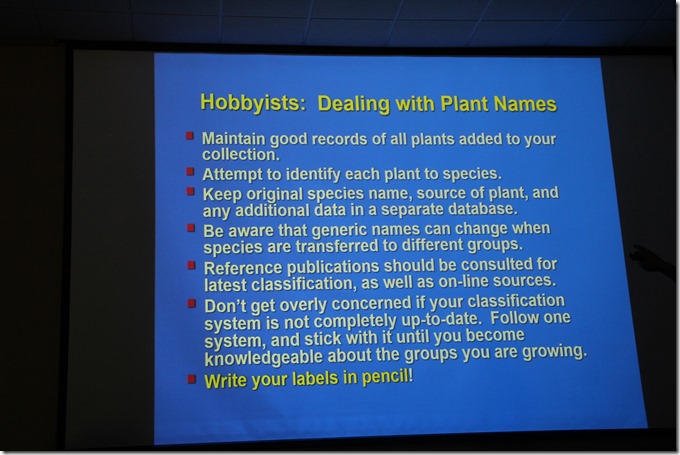 You may not think it is that important to know the names of your plants, but as your collection grows, adding to  your knowledge of the plants with correct identification, seeing groupings within your collection, marveling at how long they have been with you, and knowing what to look up or ask about when you have a question, you will be glad you know a mammillaria from a notocactus.

Thanks again to Rob Wallace for sharing his knowledge of  taxonomy .