When I shared my Dudleya pulverulenta on March 6th this year, a few readers asked if it was an agave. No, it is a succulent native to Southern California. Both are succulent plants, and agaves are sometimes mislabeled as cactus, so the fact that there was some confusion made me realize that perhaps it is time to make the distinction between these types of plants enjoying public popularity right now. You may have heard me say in the past that all cactus are succulents, but not all succulents are cactus. Here’s a short lesson in why that is so.

Succulent plants are any plant that stores water in its body or tissues for use later in dry times. Most of them are native to areas where rainfall is sparse or next to nothing, so to survive, they evolved over the millennia into plants that conserve water. Succulent plants are out there that aren’t cactus nor are they the fleshy little plants we normally refer to as succulents these days. Sago palms, for example, are considered a succulent plant. Succulents are found all over the world, but Africa, especially South Africa, is a virtual gold mine of indigenous succulents that are so popular now. Cactus, however, except for one or two exceptions, are native only to the Americas, or the New World, with the gold mine of cacti found in Mexico, Texas, Arizona, and New Mexico, but also with many great varieties all over South America.

The most obvious difference between the two if you are just looking at them is that succulents are usually fleshy and have bodies that you can rub without harm, whereas cactus have spines that will poke you. Non-cactus lovers usually call them stickers, but spines are actually modified leaves on the plant. Stickers are just part of a seed that pierces the skin.  And not always, but sometimes, these spines will come off the plant and go with you if they do in fact stick into your skin enough to be pulled off the plant. This can happen with larger spines, but definitely happens with the very tiny, fine glochids lined with microscopic barbs and are found at the base of the larger spines on prickly pear cactus.

Agaves are succulents and have their sharp edges and points, but no spines. They do have sharp edges on their leaves that are referred to as teeth and very sharp points at the tips of their leaves that can get you, but they aren’t spines. Euphorbias are succulents that sometimes have sharp points or edges, but they are a part of the plant and don’t come off. Yuccas are also succulent plants with smaller teeth on the edges of the leaves. 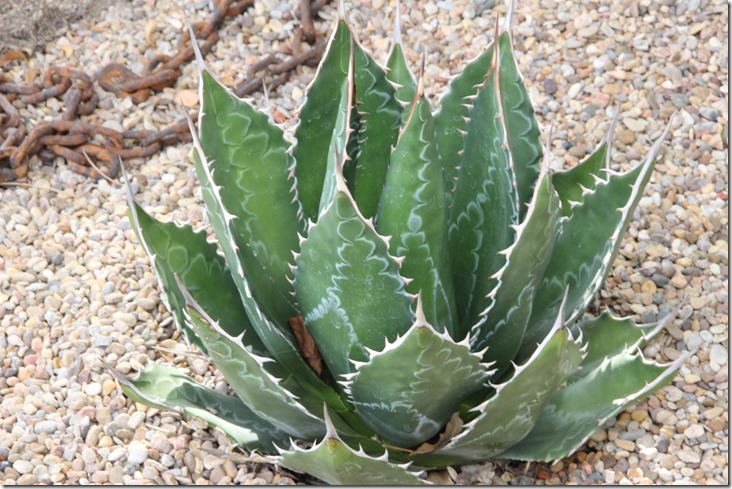 The main difference between the two kinds of plants is that cactus have areoles, wooly little openings on the body of the plant where the spines and flowers grow, and also where the fruit of the plant develops. Succulents have nothing like this, nor do they produce fruit. They make seeds for reproduction, but no fruit that holds those seeds like cactus do.

Another big difference in the two is that succulent flowers are small, sometimes really tiny, and grow on a stem that arises from the center of the plant. Cactus flowers, on the other hand, can be small, but are usually large and very showy and are more complex in the botanical sense, and develop in the areoles. Both make beautiful, intricate flowers, but cactus flowers are the show-stoppers. 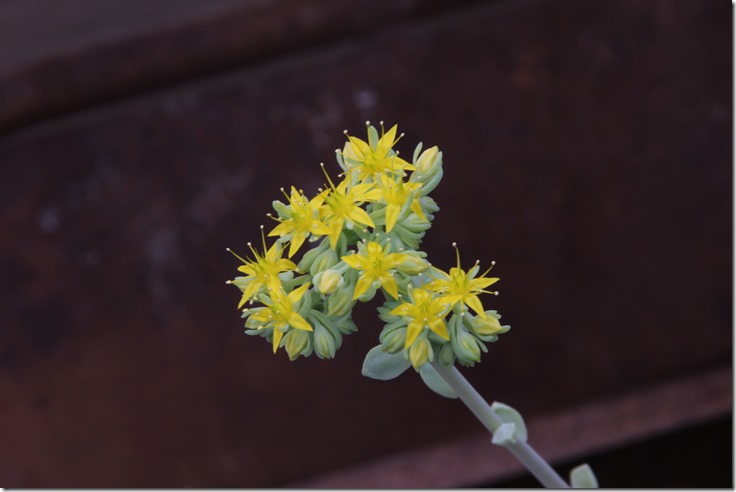 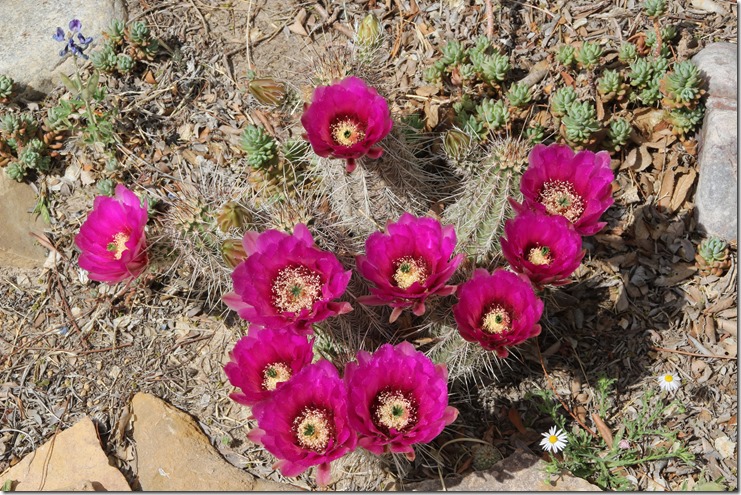 Succulents and cacti are also special because both are referred to as CAM plants, which stands for Crassulacean Acid Metabolism, which is the process by which they go through transpiration and photosynthesis in a different way to other plants in the plant world. In cacti and succulents, transpiration, which is when the plant takes in carbon dioxide, occurs at night because it is cooler and humid at night and the plant loses less water during the process. The carbon dioxide is stored as malic acid which is then used by the plant during daylight for photosynthesis to occur. Because their stomata cells open at night for this to happen, watering at night or very early morning is a good time to water them. This is one of ways these plants evolved to survive in harsh conditions. This is a very simplified version of the process! So if you really want to understand it, google CAM plants and read the more scientific explanations.

I have included these few pictures as illustrations of the differences, but it would be impossible to share all the different kinds of succulent plants. Pay attention to small details when you see these plants, check their identification tags, and over time you will begin to see the differences. I might also suggest you go back and read a few of the other entries in this blog to see examples of the variety of unusual plants that are referred to as cactus or succulents. 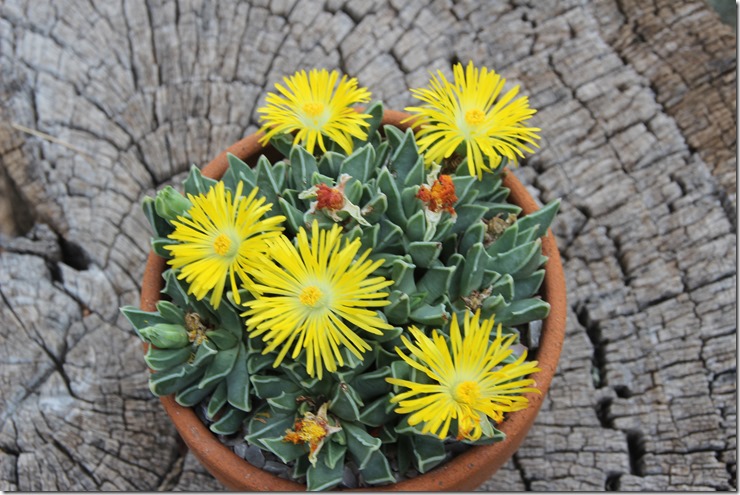 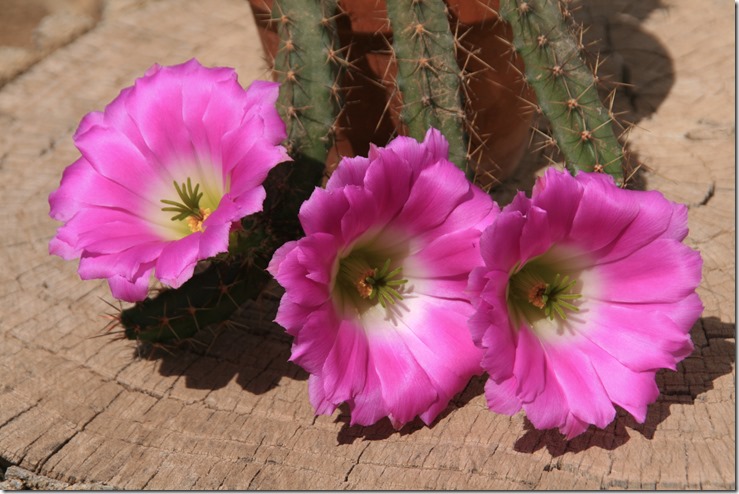 And out of all those differences, you are bound to find one you just can’t live without.