Back in November two Aloinopsis varieties bloomed for me, and I am just now getting around to sharing them with you. I wrote about Aloinopsis back in 2013, but since that was a while back, you may have missed it. So here we go.

I had this Aloinposis aloides  in a pot so I could bring it in during through winter. And then I was told it would be cold-hardy out in the garden, so I took the chance and planted it outside. And bless its heart, it even survived last year’s winter from hell!  I did give it a little protection, but it might very well have made it on its own. 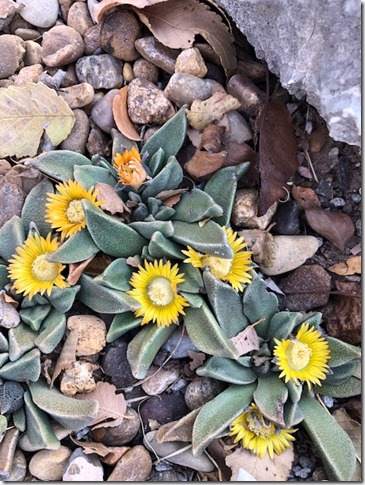 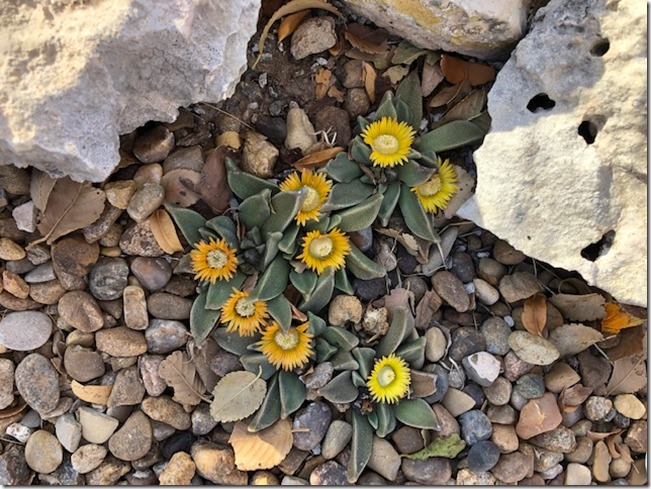 Aloinopsis are native to the Southeastern corner of Botswana and the Eastern part of the Northern Cape of South Africa. They are winter growers in our part of the world, however, which is why they are blooming now when we expect plants to be slowing down.

This Aloinopsis calcarea is in a pot in the greenhouse and it bloomed in November as well. 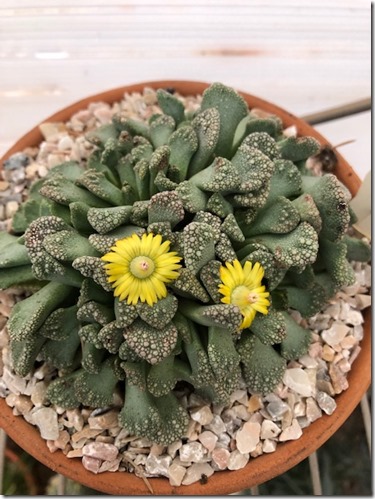 Aloinopsis are sometimes mistaken for titanopsis, but these were marked as aloinopsis when I bought them, so I hope they were marked correctly! The plants are very similar so I will just go with this identification until I find out otherwise. 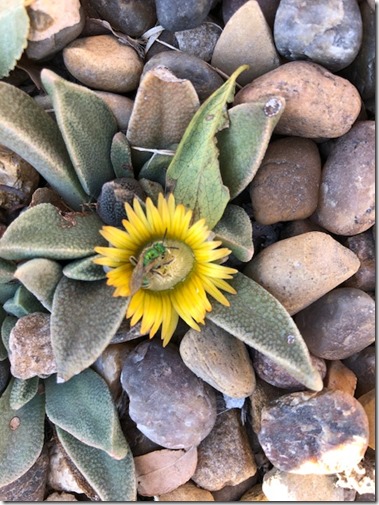 Whichever they are, I am glad they are in my collection.