My three Euphorbia milii plants, commonly called crown of thorns, have all been blooming lately. I have also heard this plant called the forever flower because it flowers off and on all year, not seasonally. That makes it a nice plant to have since it provides color with those flowers all year.

Euphorbia milii  is native to Madagascar, but I suspect it can be found just about everywhere now because it has been introduced and spread by humans since it is a nice plant to have. I know it grows abundantly in Mexico and South Texas because of the warm climate, and because I have a new plant from a cutting that came from the Valley down in South Texas. My friend Carina Reyes brought me this one, and it has lovely large bright pink flowers. It is still a baby, but has bloomed two or three times for me and is now trying to put on some branches, so in no time it will be big and pretty. I don’t know which variety it is, so it is just labeled Carina. 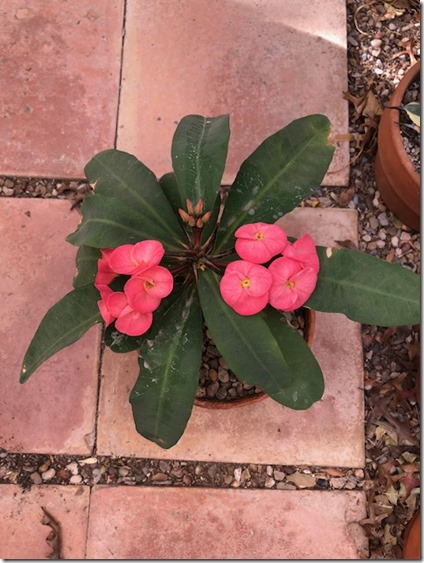 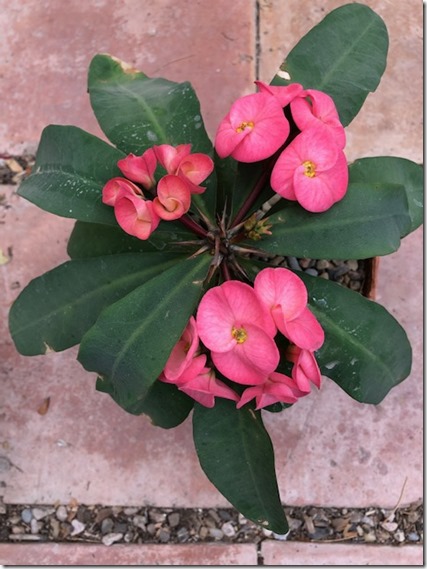 I have had this one that blooms small white flowers for a long time and don’t have a variety name to go with it, either, so it is just E. milii white. The reason it is not a very big plant is that I have taken lots of cuttings from it, and it seems to be a little slower to grow. 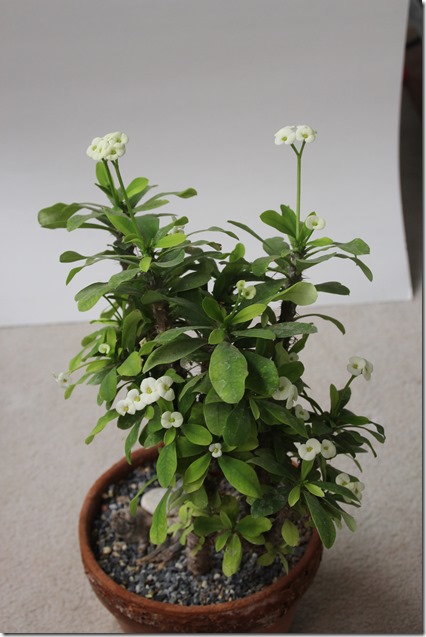 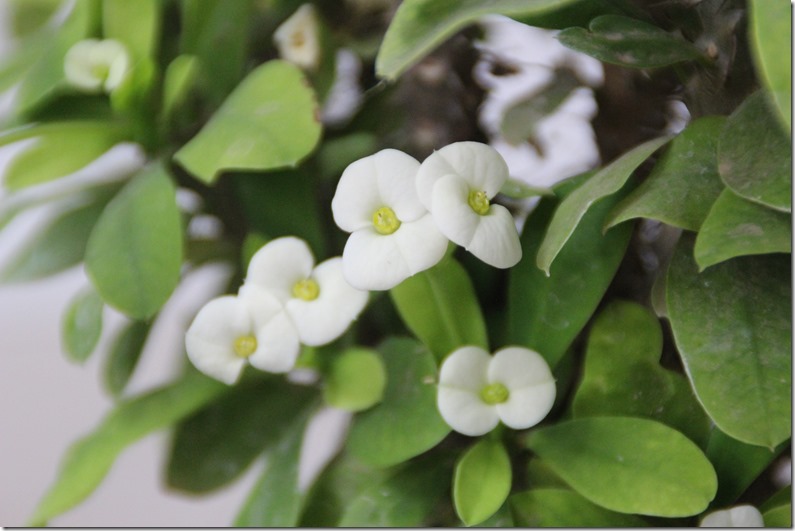 I bought this one at a TACSS (Texas Association of Cactus and Succulent Societies) fall seminar and have no variety name for it, other than I remember it is supposed to be from the island of Socotra. It is different because it has elongated, narrow leaves compared to my other varieties. Its small flowers are pale yellow with a hint of red on some of them. I have taken cuttings from this one, too, but it seems to make a nicer, fuller plant than the other one. 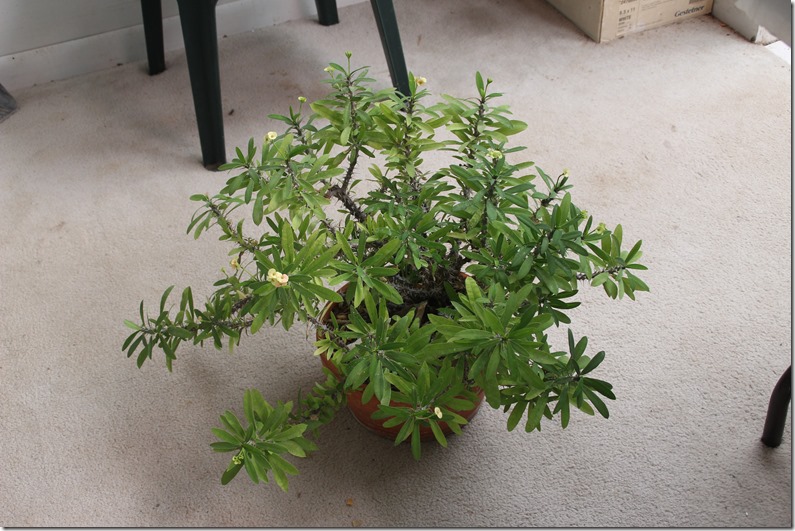 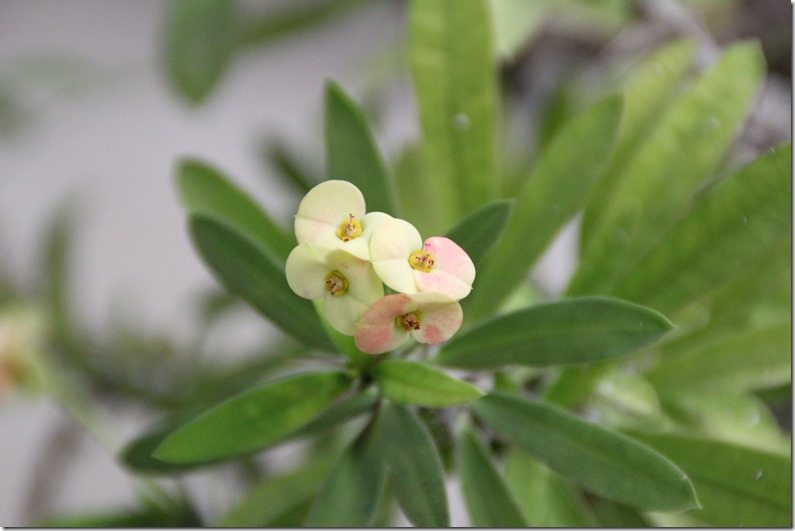 The larger the flower, the larger the plant will be. The red one has a trunk that is about the size of a fat finger; the other two have stems about the size of a pencil. The smaller ones seem to be more prone to mealy bugs, so I spray them often with soapy water. They will all put on growth spurts when they get outside after the winter is over, but will bloom off and on all summer just like they do in the winter. They are not a bad house plant if given enough light, but like all succulent plants, are much happier outside. I give them a bit of filtered light outside; in other warm climates they may do well in full sun.

Like most euphorbias, E. milii has a milky sap that might make you sick if ingested, so don’t lick your fingers if you get some on your hands when you take cuttings. It would make pets sick if they chew on the plant, but I think the spiny growth on the trunks would discourage chewing. At least it has never been a problem with my cats or dogs.

And if you do take cuttings, turn the cutting upside down for a day or two to let the cut end dry and scab over before planting. This keeps the sap from bleeding out all over the place, which will not only make a mess but will weaken the cutting, and it probably won’t live to take root. I also put a bit of tissue on the cut trunk to keep the sap from dripping on the floor. The tissue pulls off easily after the sap stops running.

At any rate, I enjoy them all year. You will, too, if you add them to your collection.

I have been made aware of a comprehensive, free guide to the care and handling of Euphorbia milii at the link below. Happy DIY Home has other information you might be interested in as well.