Stapelia Grandiflora Puts on a Show

I’ve written about these stinky flowers before-“The Stinky Flower,” August 4, 2014, but that’s been a while back, and this time the plant just outdid itself with blooms, so I thought I’d share again.

I realized the plant was loaded with buds the end of October. One bud had opened and as these stinky flowers are wont to do, attracted flies. Look closely at the center of the flower and you can see them all clustered together. 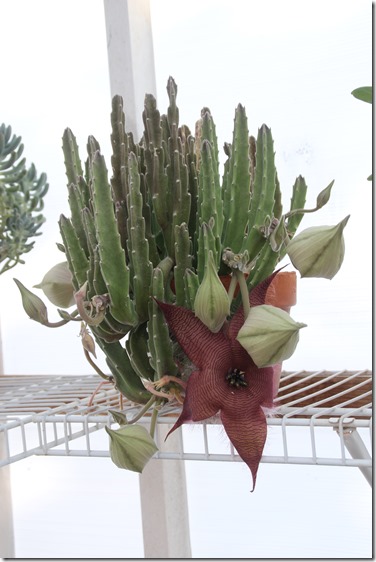 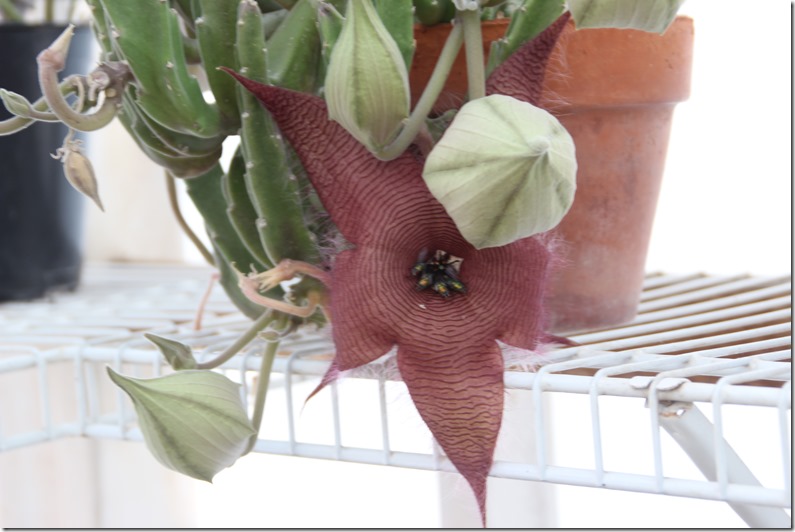 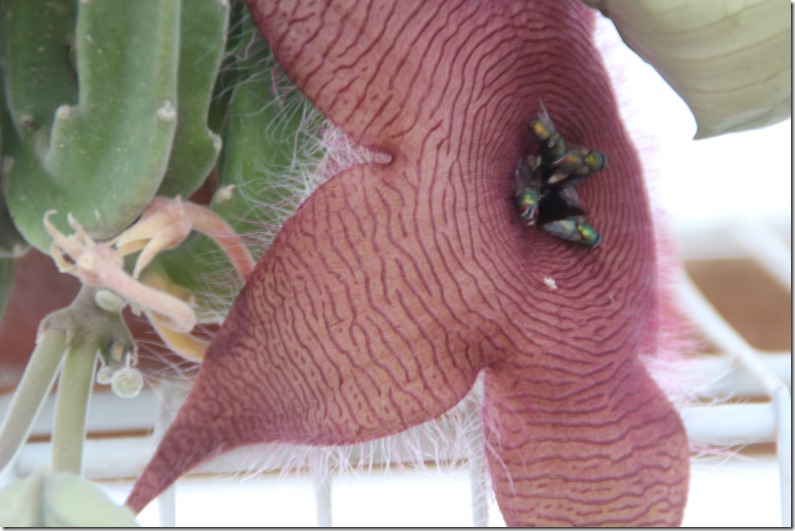 I think the buds are almost as interesting as the flowers. 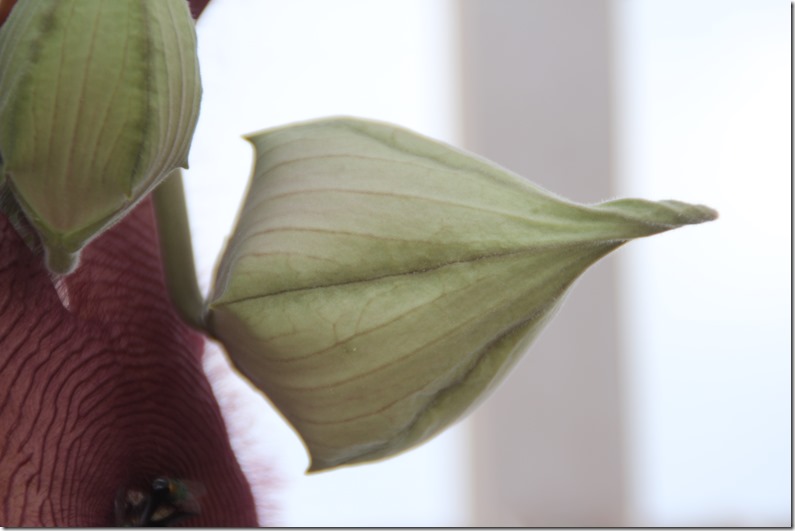 Then by November 7th I was greeted by five flowers! Granted, it had been a day or two since I had checked and a couple of them were beginning to close. 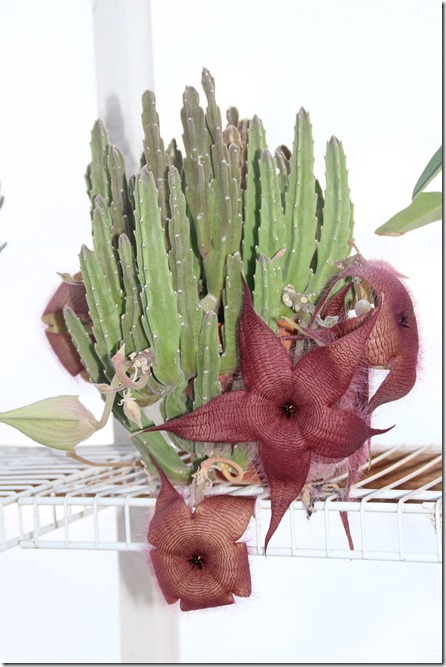 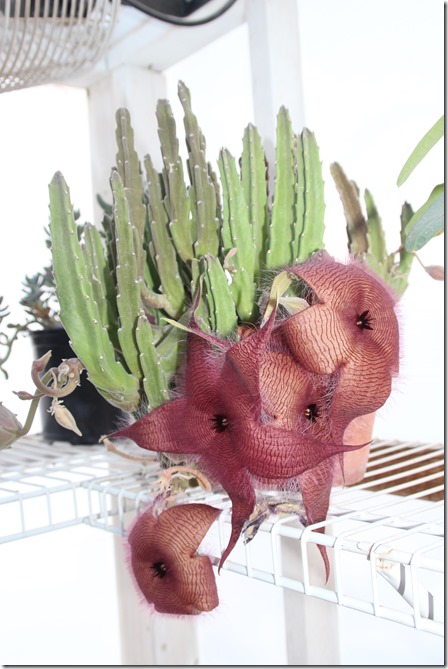 Stapeliads are native to Northeast Africa, Southern Africa, Socotra, and Yemen. Stapelia grandiflora is native to South Africa. These plants are often referred to as the carrion plant because of their dead flesh odor, and this odor is on purpose to attract those flies which then pollinate the plant. Other stapeliads give off that odor as well, but it’s not as strong, and you have to get right up to the flower to get a faint touch of the scent, so flies don’t seem to gather on those flowers like they do these big ones. In fact, one website I visited suggested adding Stapelia grandiflora  to the eco-friendly garden as a way to attract flies and other insect pollinators, thereby providing food for birds and lizards and such. I also read there are a couple of varieties that actually have a bit of a sweet smell, but I’ve not had the pleasure of being around those.

I will have the occasional flower from this and other stapeliads in the summer, but fall seems to be the optimum blooming time for the grandiflora. 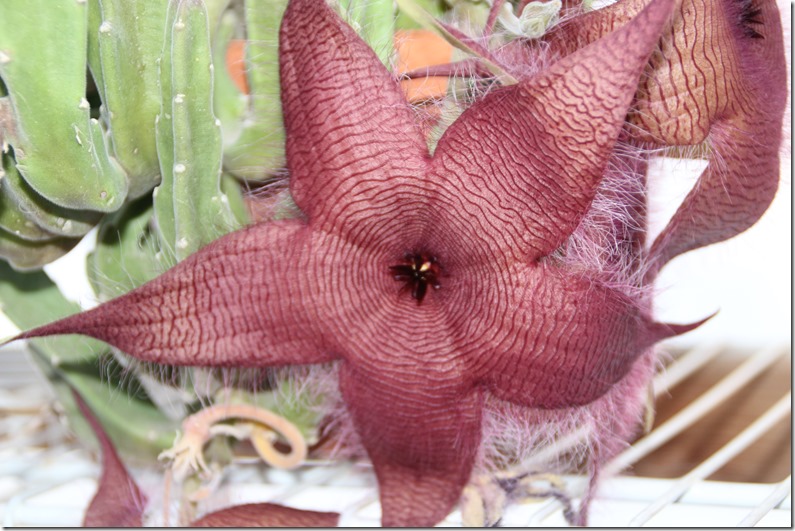 It’s always fun to see this plant blooming. It didn’t disappoint me this year.