When agaves bloom, we expect the bloom mast to look pretty much like the one on my Agave harvardiana that bloomed in 2019, like this: 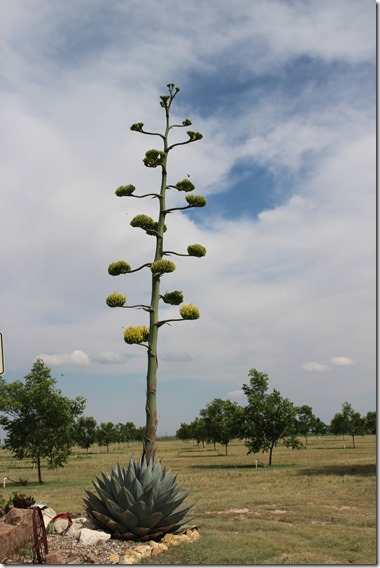 Agave utahensis is a smaller agave and its inflorescence looks like this. 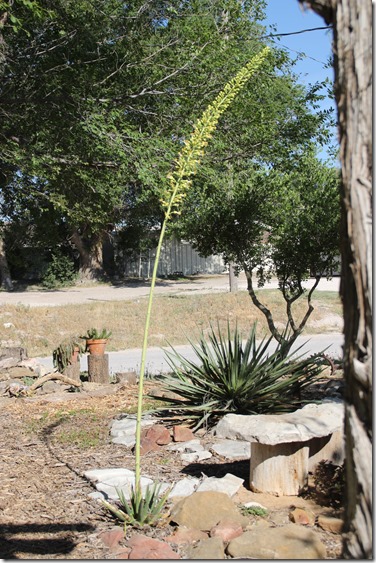 I’ve had this little agave for maybe fifteen-twenty years, and I suspect I planted it in too much shade, so it took  this long to bloom. Or maybe not. Maybe it just takes longer than I expected for a smaller agave to bloom.

At any rate, earlier this year, in May, I discovered this Agave kaibabinsis-Kaibab Plateau  was getting ready to flower. 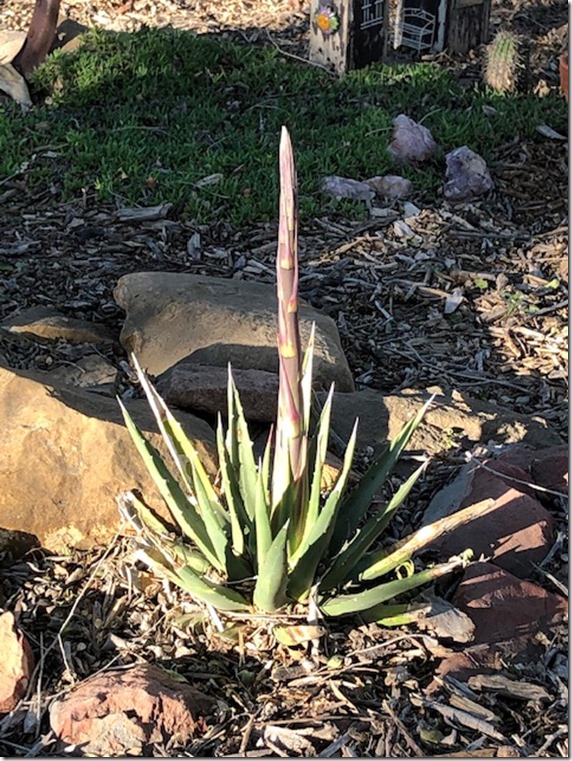 Agave Utahensis  and some of its many varieties can be found in the deserts of Utah-hence the name-Nevada, Arizona, and California, but it is not one widely available for purchase. It has been used for food and fiber by local Native Americans. The inflorescence can reach a height of twelve feet, but mine was more like six or seven feet high. This agave is also very cold-hardy. I give it no protection in the winter, and it does fine.

As the mast grew, the buds began to form. 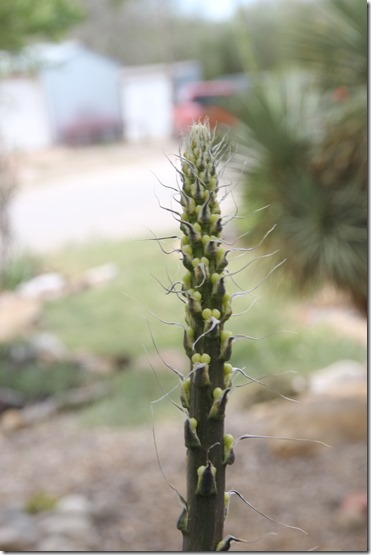 As the mast got taller, the individual flowers spread out and grew larger. 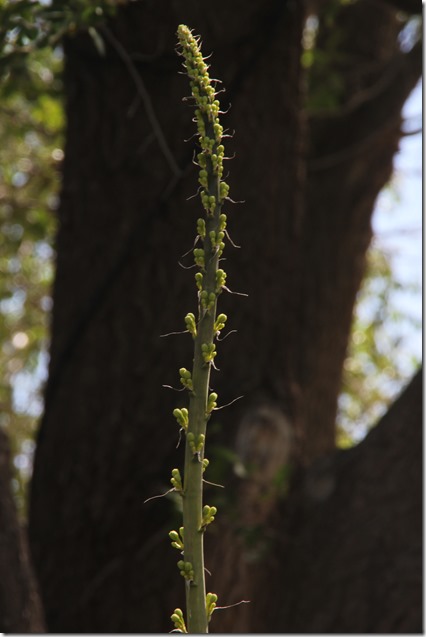 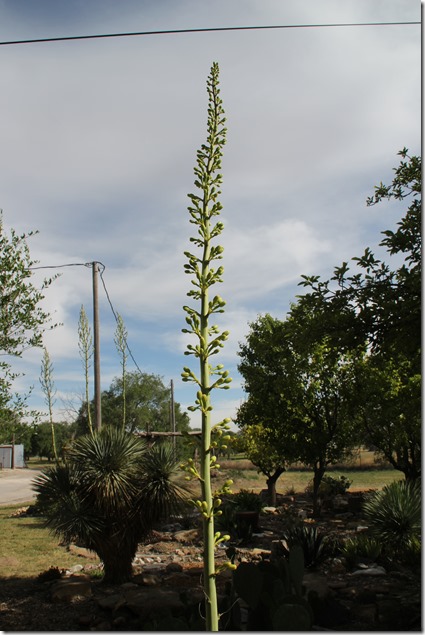 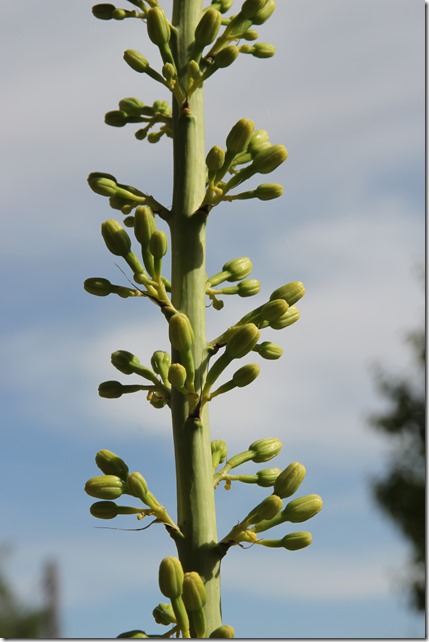 After a month, the buds began to open. 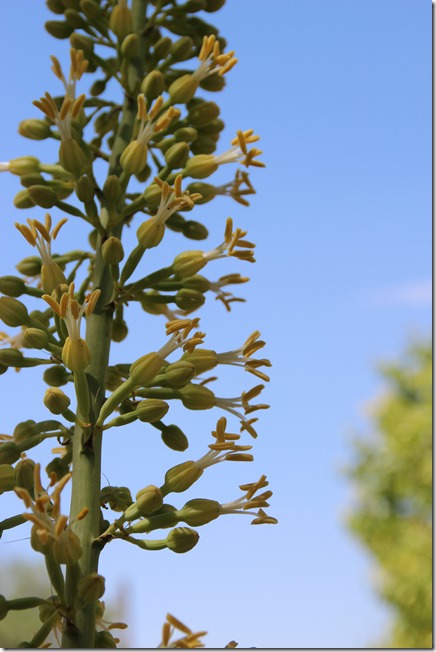 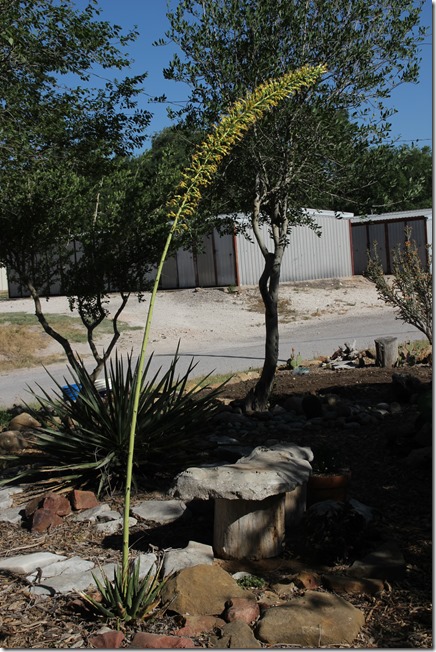 As the flowers grew, the mast got a little heavy and leaned over. 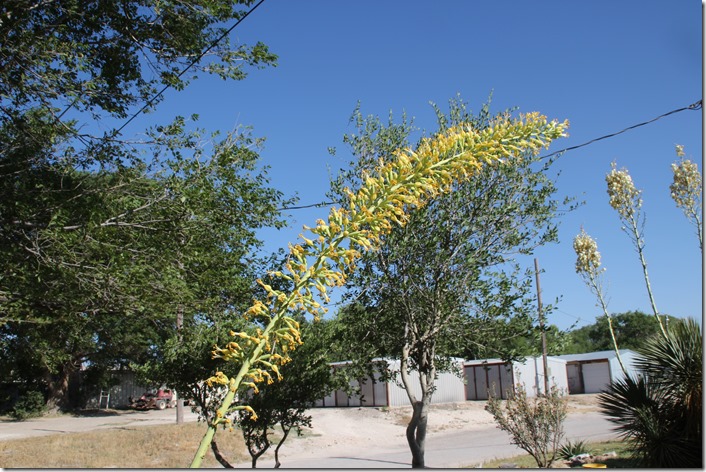 You can see in the pictures above and below that just like other agaves, the flowers at the bottom open first and dry up as the cycle continues up the mast. The flowers to the left in the picture below have not dried yet, but you can see the difference in them and the ones higher up on the mast that have not been open as long. 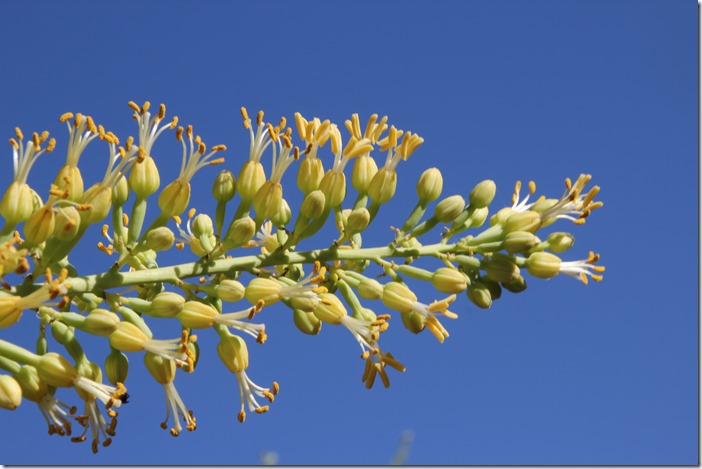 And then, like nearly all agaves are wont to do, the plant dies and leaves offshoots, or pups, to continue the life cycle of the plant. As expected, this one died, too. 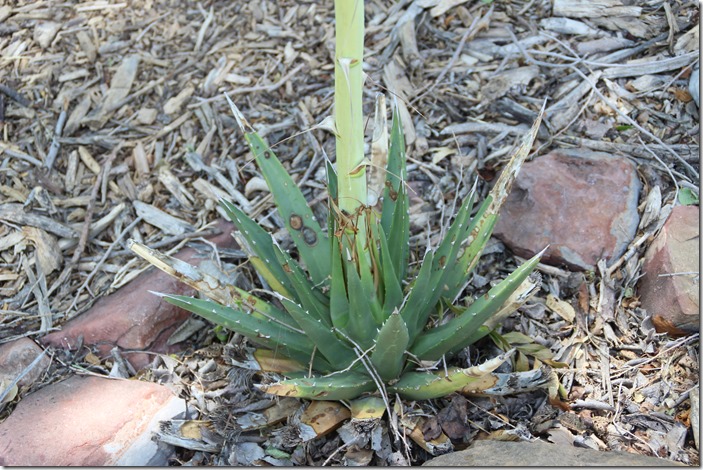 This plant, however, had no offshoots at the time of the blooming, but had made babies in years past which I had already dug up and planted elsewhere. This is one of those pups, and it has already made offshoots of its own. Time will tell  how long it will be before it blooms and the lifecycle continues. 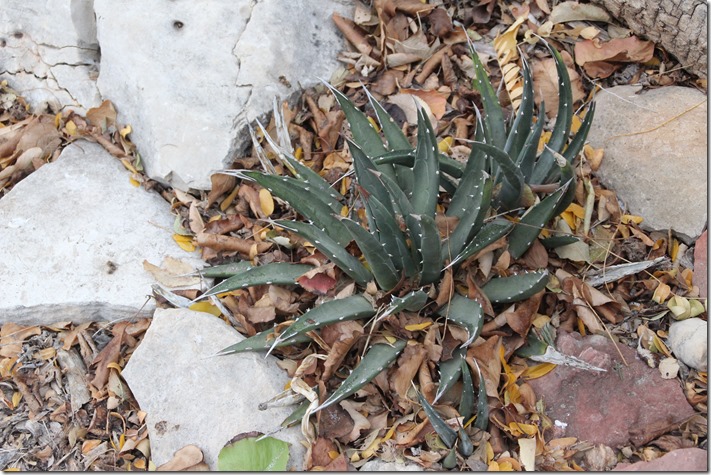 So if you would like to have an Agave utahensis  to add to your collection, I have several to share.

Come on by and pick one out.