I read in the paper on March 19th or 20th, I forget, that the spring equinox was a day early this year. Don’t remember what the groundhog said about the changing of the seasons, but I am still waiting for the warm weather. Perhaps we will have no late freezes, but I doubt it. Still plan to wait till at least Good Friday to start putting things out.

But yesterday I discovered these red buds quietly making an appearance on the hedgehogs, Echinocereus coccineous, so maybe spring really is on the way! 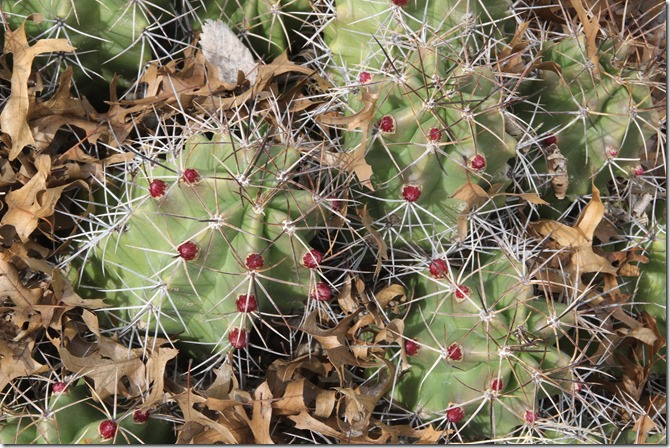 They are tiny now, but it won’t take long before this clump and all my other hedgehogs will be covered with nice big red flowers. 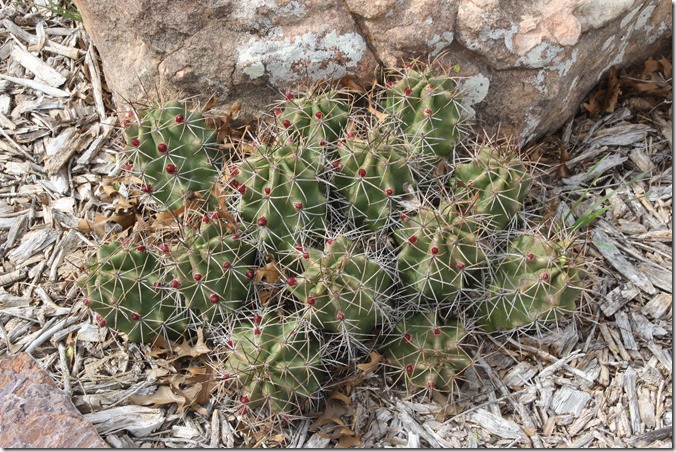 The Wyoming cactus, Pediocactus simpsonii, always bloom first, before any of my native Texas cactus, which I find interesting, and they are at it already, have been for the last couple of weeks, in fact. 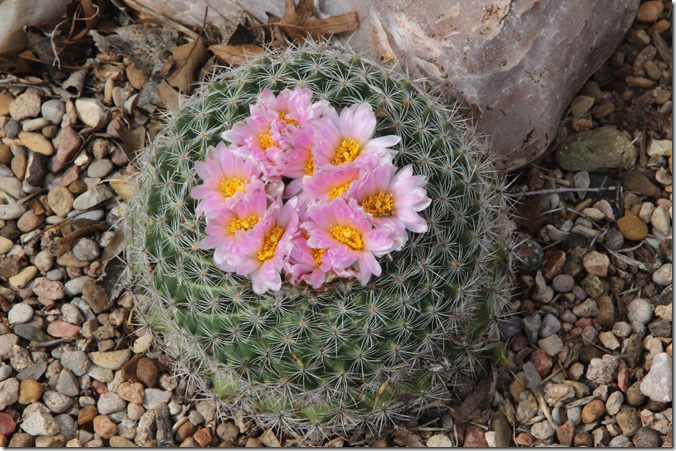 The gopher plant, Euphorbia myrsinites, is an early bloomer as well and has been bright and yellow for about a week. 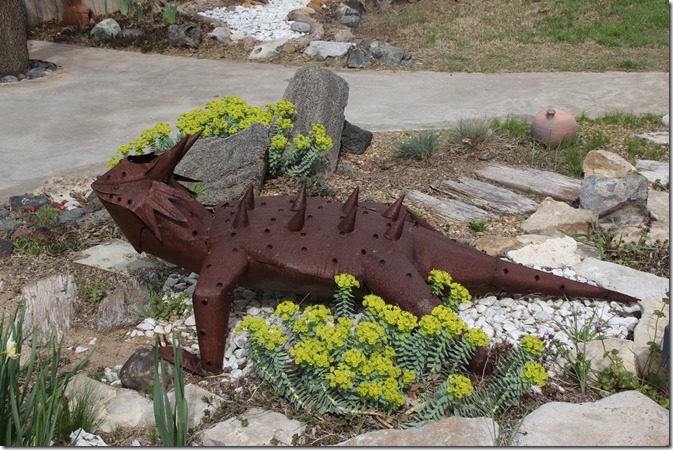 I have several varieties of Sedum spectabile, or stonecrop, that I have always called autumn joy, that die down to nothing in the winter and then dependably come back every spring, and they are all coming out. They won’t bloom till later in the summer and in the fall, but they make a nice foliage statement all summer. 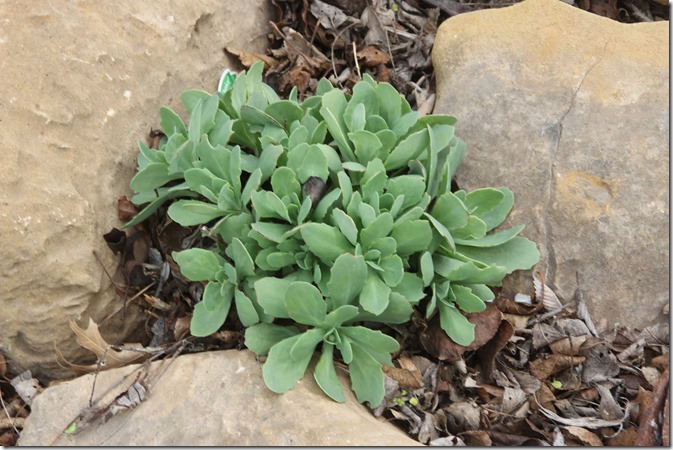 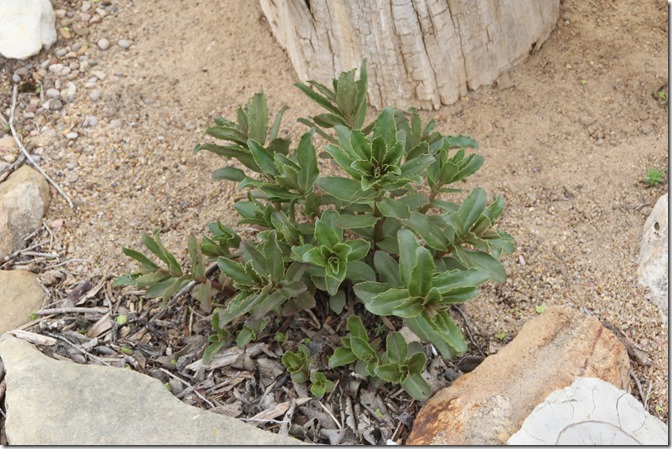 The ice plants, various delospermas, are reviving from their woody winter stems and even starting to bloom. 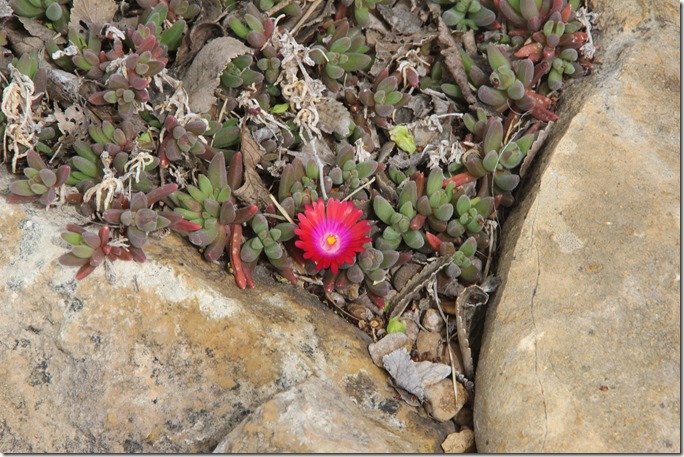 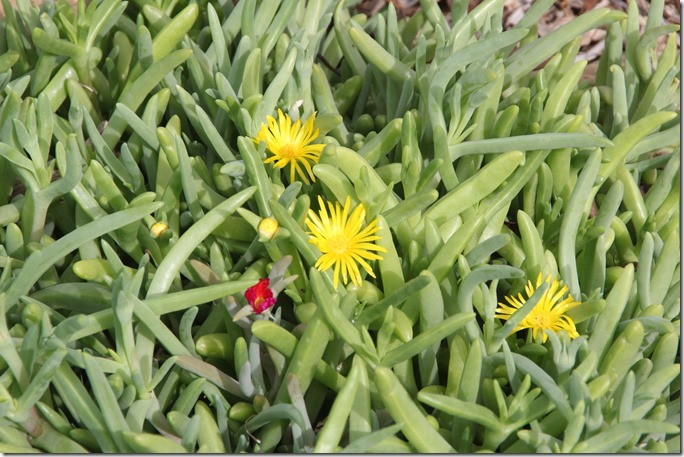 The bluebonnets, which started showing up in October and November, won’t bloom here until May, but they are everywhere, even covering up some cactus and making it hard to weed out the grass. As you can see here, I haven’t tackled the weeding in this patch yet. 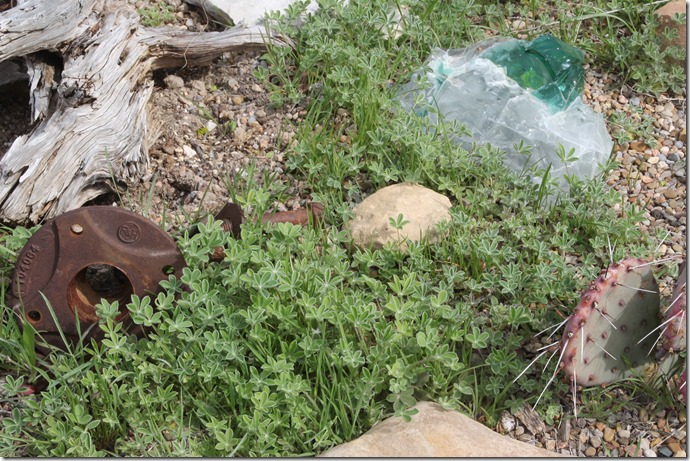 The adenium in the greenhouse is still sharing its beautiful flowers. I am hoping leaves aren’t far behind. 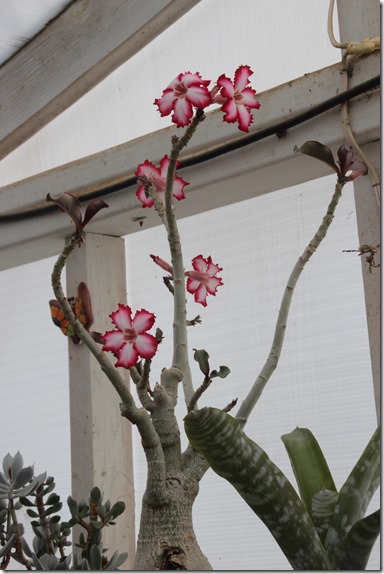 And my resident panda is loving every minute of it, watching from under the pear tree blossoms. 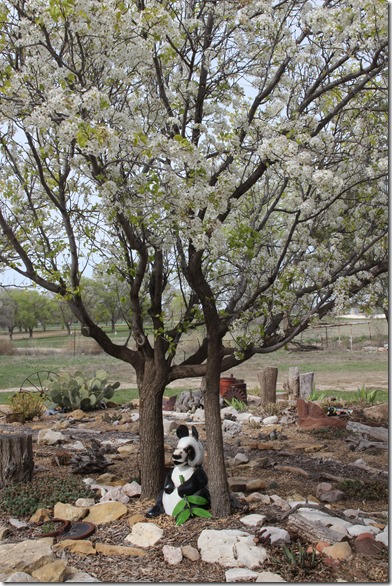 So maybe warm weather isn’t too far behind.