Another Look at the Coryphantha Rungonii

The first time I wrote about the coryphantha rungonii was on July 1, 2017, but it has outdone itself again, and I wanted to share it again. Some of you missed it the first time around, and it’s only fair to shower the plant with praise for an even more spectacular display of flowers this year. 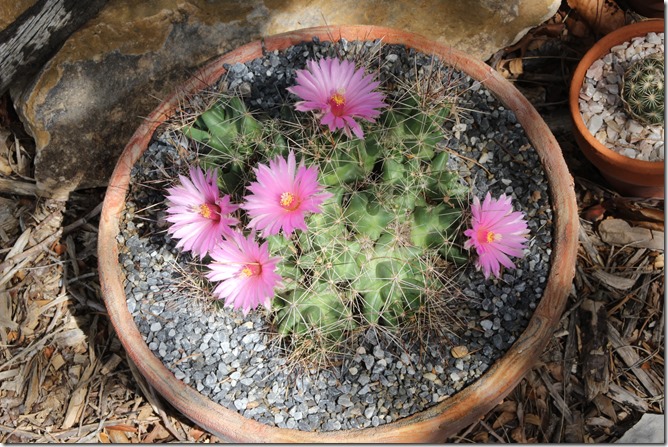 It has grown and been repotted and rewarded me with more flowers this year. It has bloomed more than once off and on all summer. This, however, is probably its last hurrah.

The flowers are about 2-21/2 inches wide and a lovely color of pink. 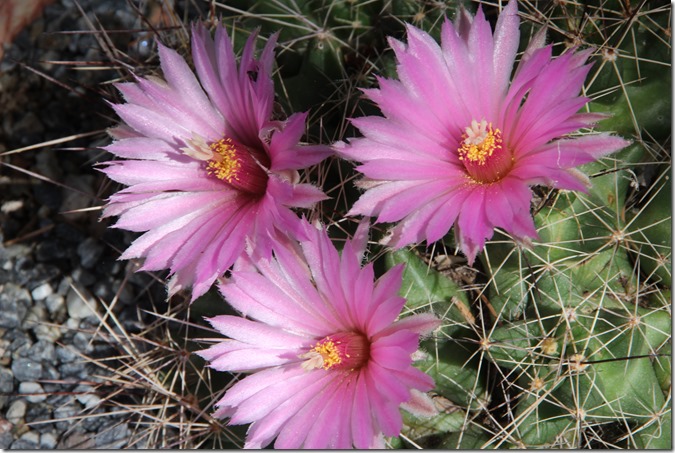 As I  mentioned in the first blog about coryphantha rungonii, it is native to arid parts of Central America, Mexico, Arizona, New Mexico, Western Texas, and parts of Montana. It is one of the largest genera of cacti and used to be classified with mammillaria. But differences in the flowering pattern earned it its own classification. Mammillarias bloom in a halo around the top of the plant. Coryphantha flowers come from the apex, the growing end of the stems.

The flowers are showy and the body of the cacti is pretty, so it’s a win-win situation. It might be cold-hardy here in a light winter, but I have not been willing to try another one in the ground in the cactus bed. That didn’t work out well the last time I tried it, so it comes in every winter. 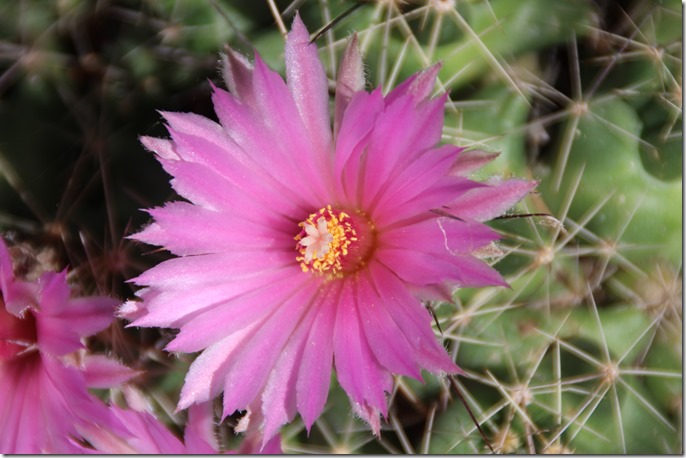 As you can see, it has grown since 2017 and been repotted. It seems to be an easy cactus to grow, so I think it is one worth adding to your collection. 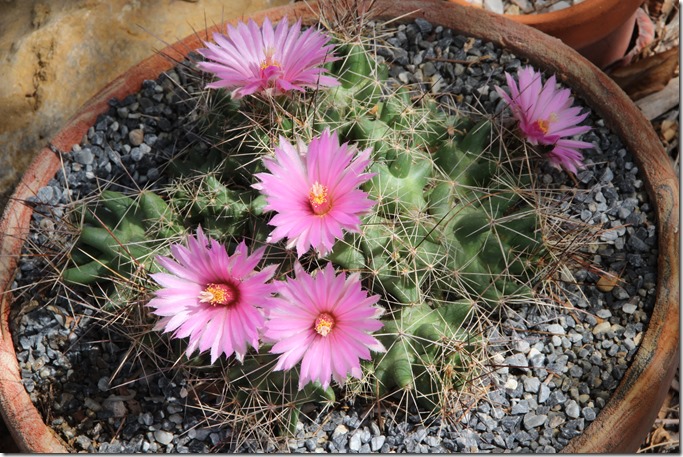 You may have trouble finding it at the big box stores. I will have to admit I don’t remember where I found this one. Your best bet might be a cactus nursery, and they do exist. Happy hunting!