On May third I took a picture of this group of echinocereus reichenbachii, lace cactus. 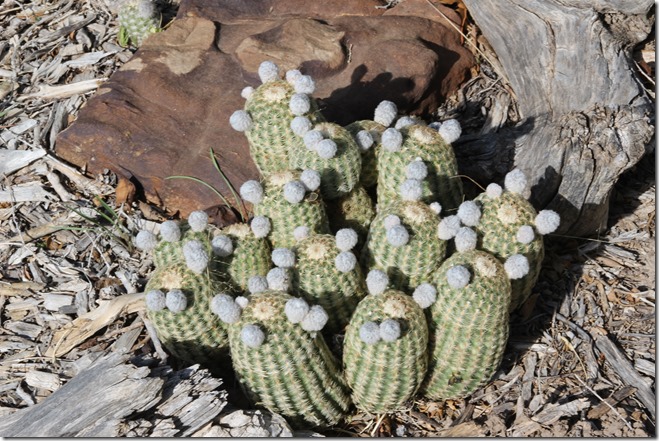 I counted fifty buds, more or less, at this time. But it’s hard to do! I may have counted a few more than once, and one or two might not have opened, or opened early by themselves before May 15th when this is what greeted me when I walked through the garden checking what had opened and what hadn’t. Is this spectacular or what? I made a print so I could accurately count the blooms by writing numbers on them. Came out to forty-two flowers. 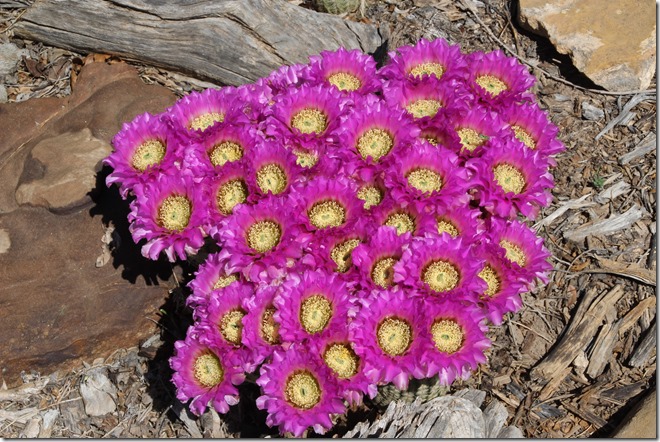 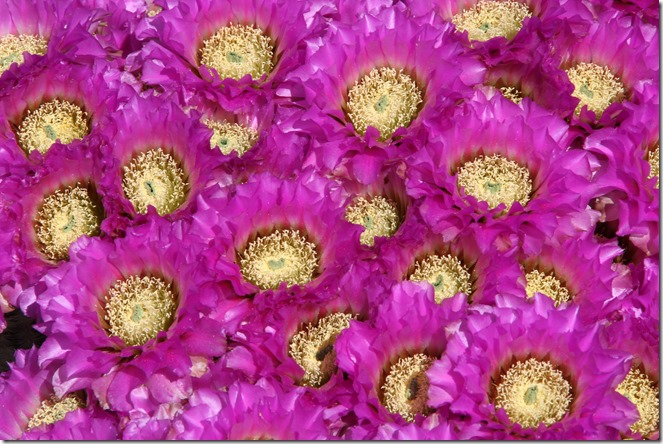 I am guessing lace cactus is called that, not because it is soft and lacy, but from the close-knit pattern of its spines that lie pretty flat on the cactus.  If you are careful, you can touch the body of the plant without walking away with spines in your fingers. I’m not suggesting you touch the cactus, just saying you could if you wanted to! Look at the spines on the picture below, an earlier picture of the same group of these blooming cactus taken in 2016. 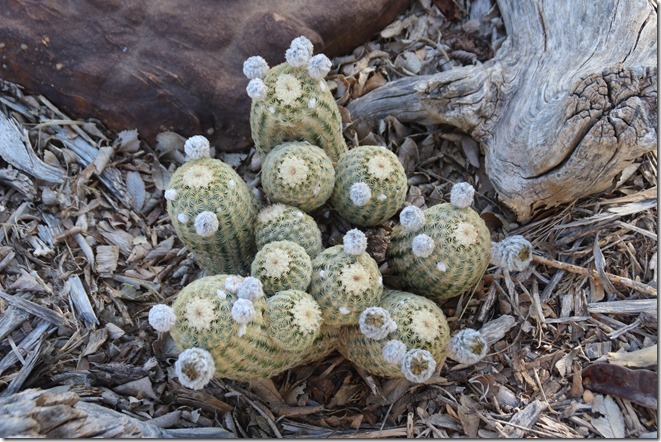 Lace cactus can be found just about everywhere in Texas and Oklahoma. In Texas its range runs from the top of the Panhandle all the way down to South Texas, stopping just short of the Rio Grande Valley. It is not common in far West Texas or the Piney Woods and other areas of East Texas where I suppose the climate is too wet. I have dug up samples in a variety of sites in Texas and find that the intensity of the color of the pink flowers and the number of layers of petals can vary, no doubt caused by natural hybridization and differences in climate. For example, look at the difference in color and petals of this plant compared to the first one pictured. And these are both lace cactus. 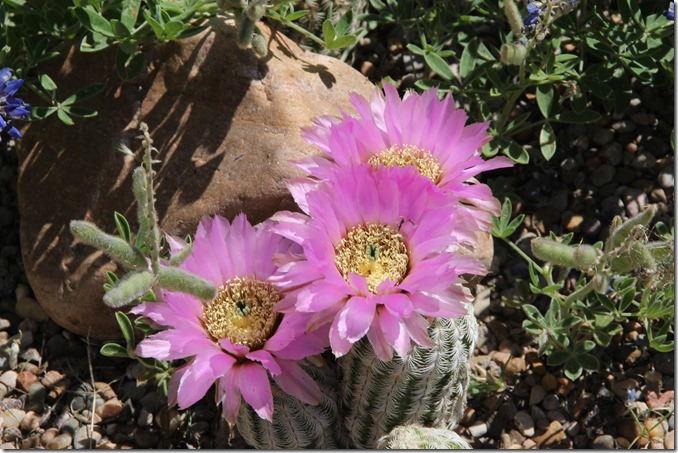 In the Hill Country these cactus bloom in April; in my garden I can plan on seeing them the first of May. The blooms open in the bright sun and look beautiful for a day. One day. I went out the next day after the massive burst of color, and this is what I found:

But then, by June 4th, I discovered later developing buds had opened on the same bunch of cactus. What a nice surprise! 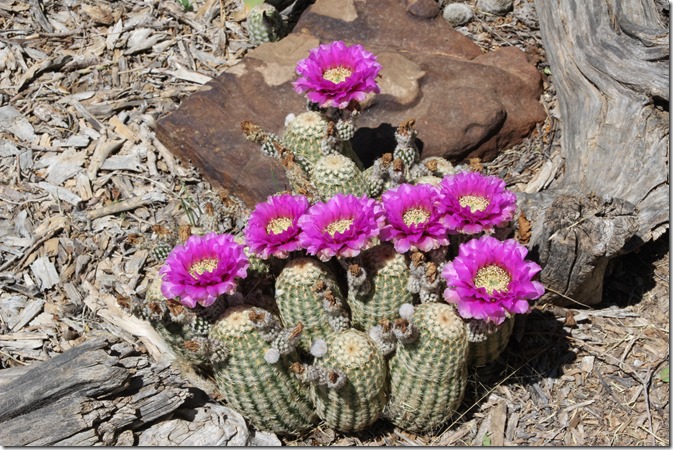 So, if you only have room for one cactus in your garden, lace cactus, echinocereus reichenbachii,  might be the one you want to add. 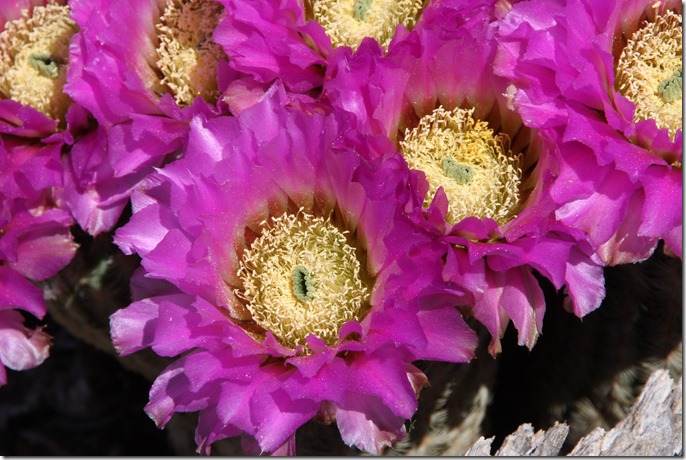