I was knocked out by all the pink that greeted me in the greenhouse this week. 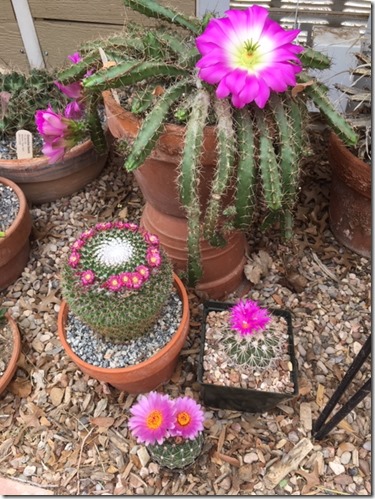 Pink is not unusual in cactus blooms; my Wyoming pediocactus are an early pink display, the outside cactus garden is splattered with pink in May from the echinocereus reichenbachii blooms, and various mammillarias bloom pink off and on all year. I have shared those with you before. But the weather has been drab, windy, cold, or all three, and stepping into a greenhouse abloom with color was a nice surprise.

My new turbinicarpus horripilus that I brought home from the Austin show and that I shared with you the other day, bloomed again. These cacti are native to Hidalgo, Mexico, and are endangered due to loss of habitat and illegal collecting, which makes them unusual to be found in private collections. So I was pleased that I added one to my collection. I bought this from a reputable dealer, and it was grown from seed. 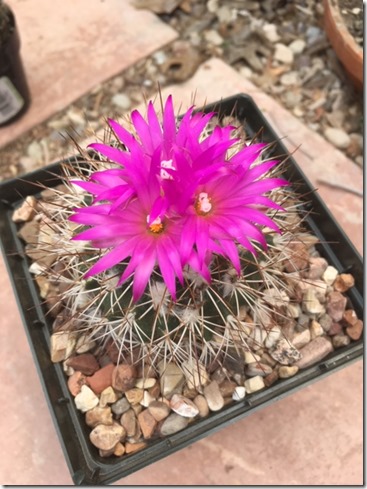 This mammillaria has been making its trademark halo of flowers for several days, but it still looks pretty and is worthy of being shown again. Mammillarias are native to the Americas, as are all cacti, and can be found in the southwestern United States, Mexico, Columbia, Venezuela, Guatemala, Honduras, and the Caribbean. Mammillaria is one of the largest genera in the cactus family with over 200 known varieties and species. Many times when I buy one, it will just be tagged as Mammillaria and won’t have a specific identification. This is one of those. 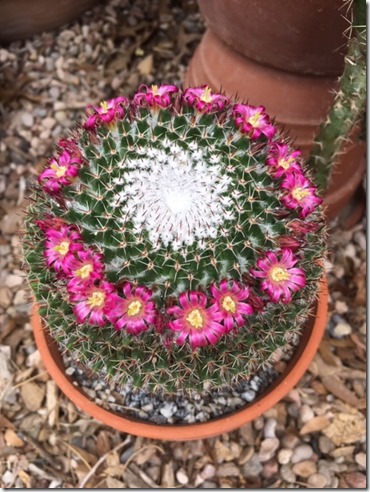 Another pretty pink bloomer is the notocactus uebelmannianus, more recently renamed Parodia werner, but you will still see them sold under the first name. I have had this cactus before and don’t always have good luck with it. So the other day when I was in a nursery that had a whole flat of them in bloom, they were so seductive- as most blooming cactus usually are!-that I bought several so I can try again to get the hang of this particular species. These plants are native to Brazil and are endangered there because of loss of their habitat to cultivation of other crops. Commercially sold plants are always seed-germinated rather than gathered in the wild. 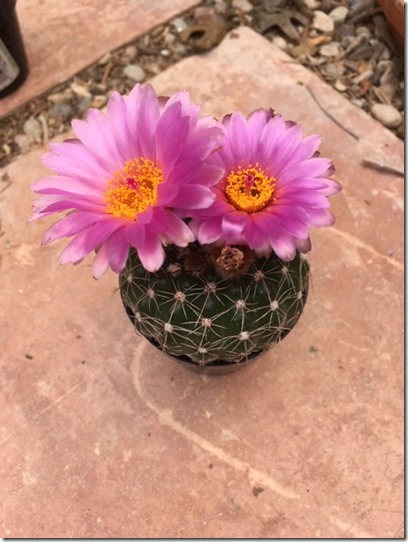 I also came home with the one rebel in the flat that was blooming with white flowers. And that happens occasionally. These are lovely little cactus whose body is fat and dark green with spines that lay flat on the body instead of sticking up, like on most cactus. 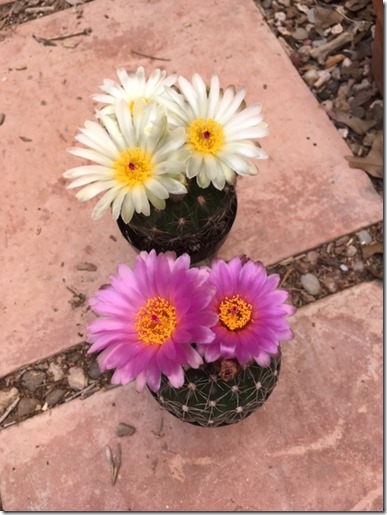 But the real showstopper was the echinocereus pentalophus, commonly called lady finger cactus. 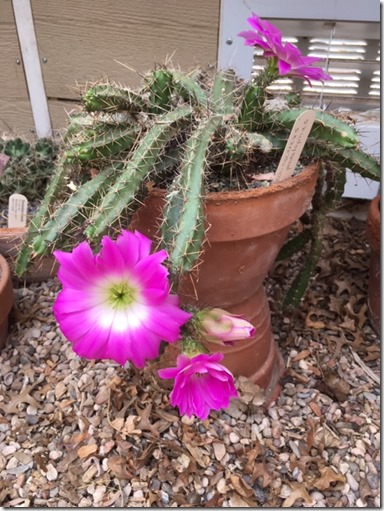 I have two of these plants that bloom pink and have shared them with you before, I am sure, but they always deserve another look. The other specimen, shown below, bloomed in March and for some reason I didn’t get as many pictures of it in bloom, but there is a slight difference in the shape of the petals and you can readily see the difference in the throat of the flower. The stems on this one are larger than the one blooming now. And perhaps the white center of the one above makes it a bit showier. But they both produce lovely, very large flowers that last about three days. 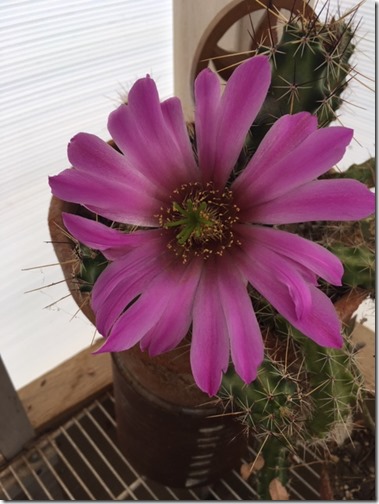 The next day the lower buds opened. 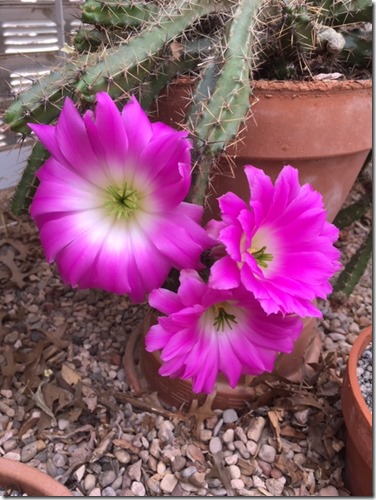 Echinocereus pentalophus can be found in South Texas starting in Bexar County, along both sides of the Rio Grande, but primarily in the Texas Rio Grande Valley, as well as into Central and Eastern Mexico. Except for the occasional batch of mealy bugs in the winter, I find this an easy cactus to grow and I always look forward to its blooming season. I have not put one in a hanging basket yet, but it would be a good plant for that style of planting because the stems will trail down the sides of the basket. 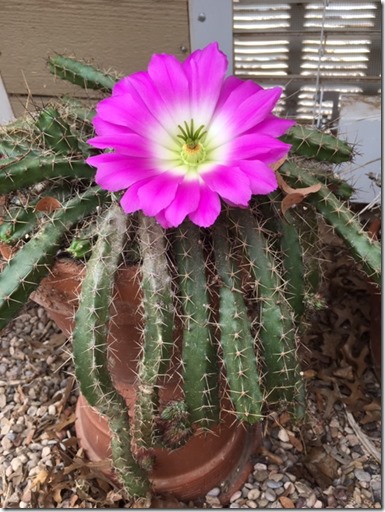 So if you are thinking about starting your own cactus collection, perhaps one of these pink bloomers will motivate you to start looking for just the right one to get you hooked on cactus, no pun intended. 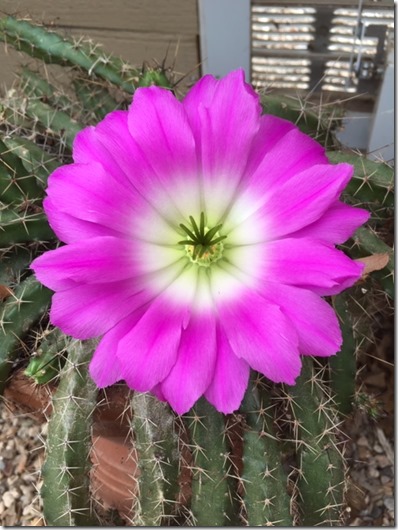