Another Mammillaria in Bloom

I was surprised to find this mammillaria in bloom the other day when I went in the greenhouse, the first time for it to bloom. 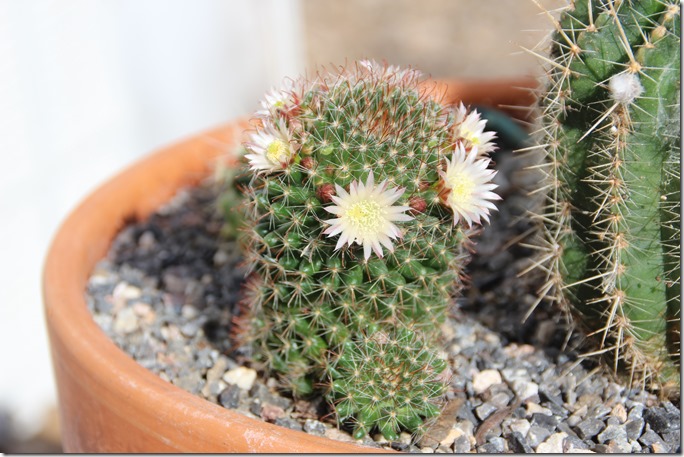 I’m afraid this is one for which I lost the identification tag. Or perhaps it was just ID’ed as mammillaria species, which happens, what with over 200 species and varieties out there. Sometimes it is just easier to say mammillaria and let it go at that. At least I think it’s a mammillaria. It has the nipple shapes ending in spines and flowers making a halo around the top. This one is a little different in that it has almost white flowers rather than the usual darker shades of pinks. The flowers are a bit larger and have more going on in the centers of the blooms. 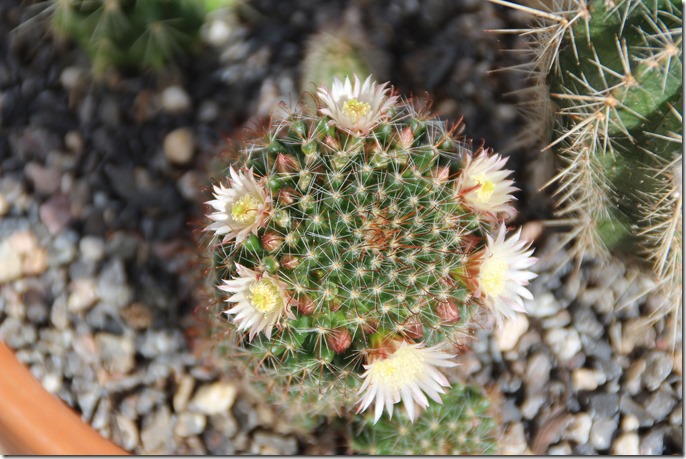 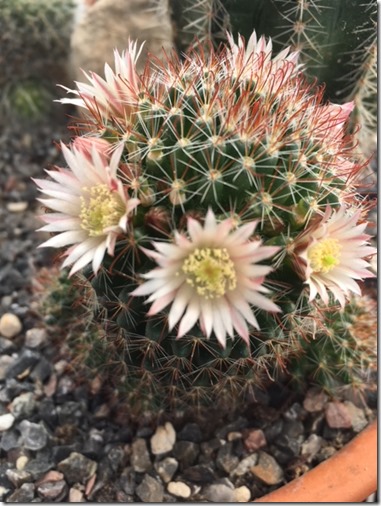 Note the reddish buds, also in a circle, waiting to open. 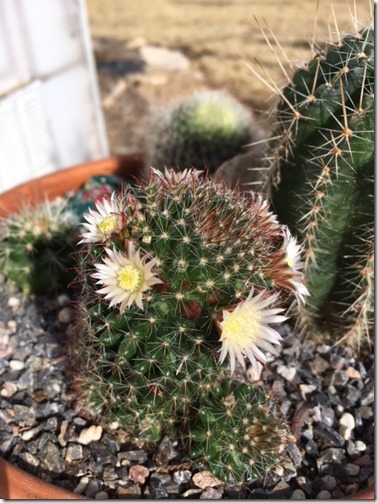 Also typical of this cactus, you can see pups forming at the base, so it will make a nice clump as it grows and will outgrow the pot to be a nice specimen all by itself. 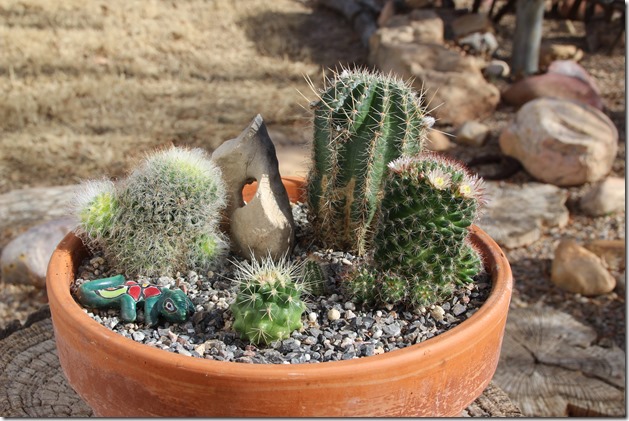 I look forward to a bigger clump and more blooms in the future.