Trimming from Top to Bottom

My two adenium obesums, aka desert roses, were looking pretty sad coming out of the winter back in February, having dropped their leaves through the winter as these arid-land natives are wont to do in cold weather. I couldn’t remember the last time they had bloomed, either, so a major overhaul was in order.

I pruned the tops earlier in hopes of stimulating some growth. Nothing.

So I pulled them both out of their pots, washed and worked all the dirt off the roots, pruned back the branches even more, thinned the roots, and repotted them. After I finished the smaller one, I realized that I had failed to document each step, which I tend to do more often than not, so I will show you the larger one as an example. I also realized that I had not taken a picture before I pruned the branches, so you will just have to use your imagination. They were both ugly. No leaves. This is how  the big one looked after the pruning and unpotting. The smaller one looked just about the same but had fewer roots to trim back. 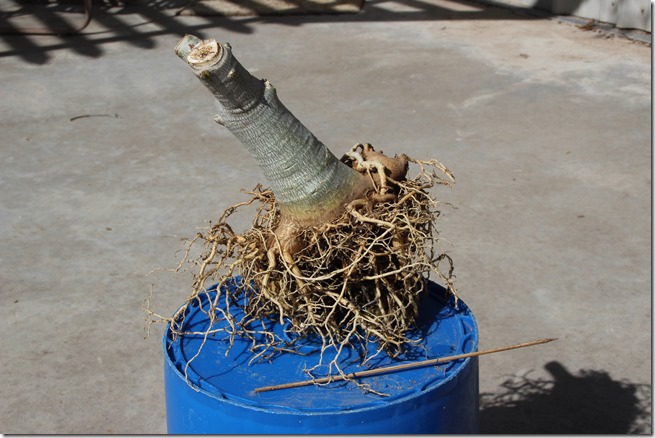 I ruthlessly thinned and shortened the roots as you see below. 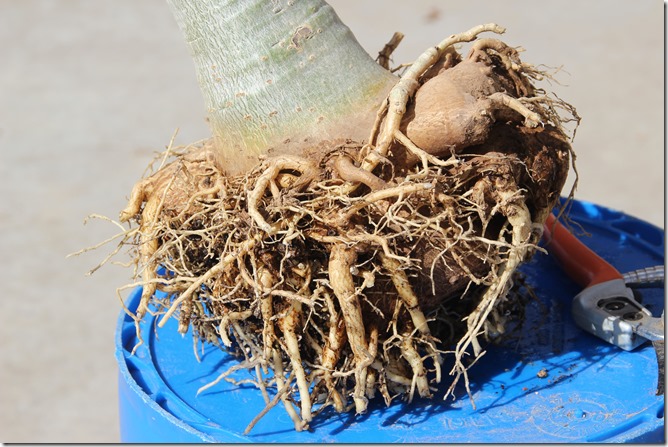 Then I repotted. Doesn’t look like much, does it? 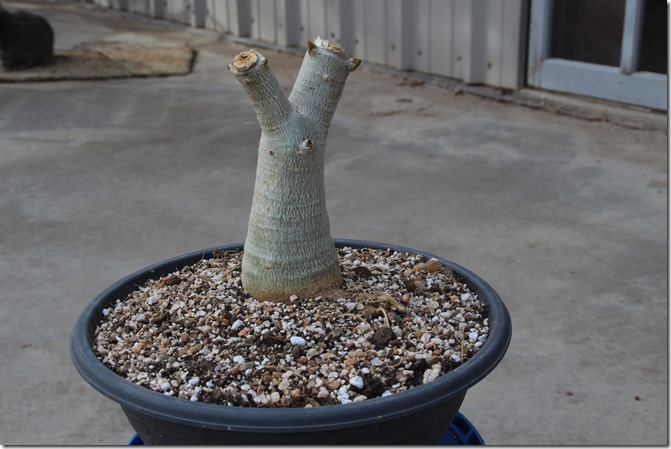 Time passed. I waited. And then at the end of June, tiny little green leaves started peaking out at the ends of the branches on the fat caudex that makes the trunk of the plant. Now into July they have covered themselves with leaves. 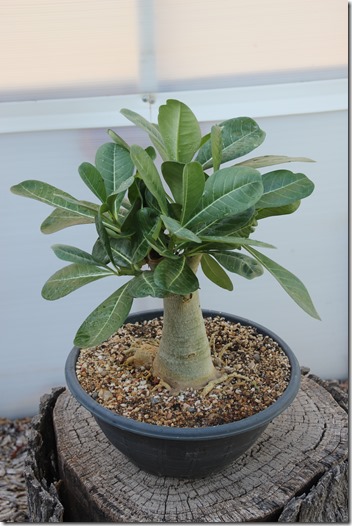 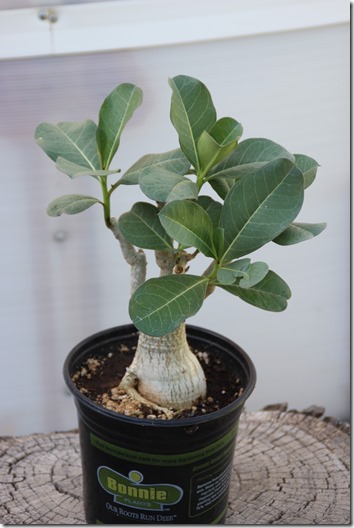 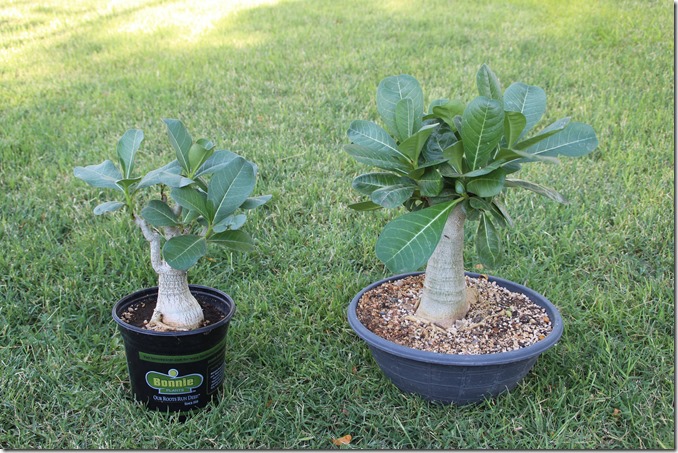 Quite a change, huh? It took five months to go from bare to this. Adeniums can bloom just about any time of year, when the spirit strikes them, so now it’s another waiting game until I see something like this make an appearance again. I have time. 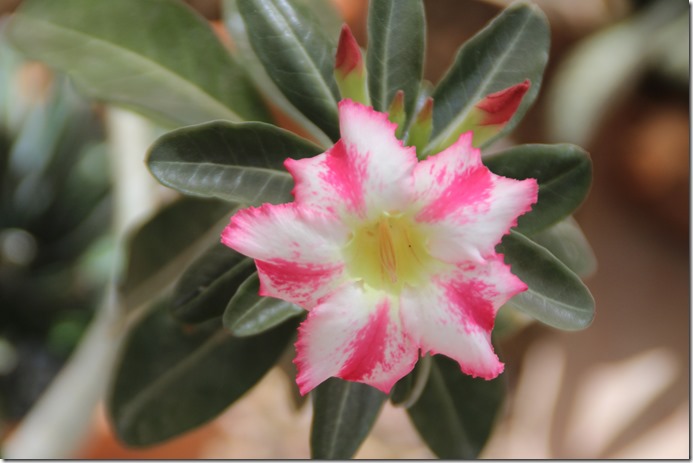 Don’t be afraid to prune back your plants. You have nothing to lose but an ugly plant.