Walked into the greenhouse last week and was greeted by this great big pink flower. 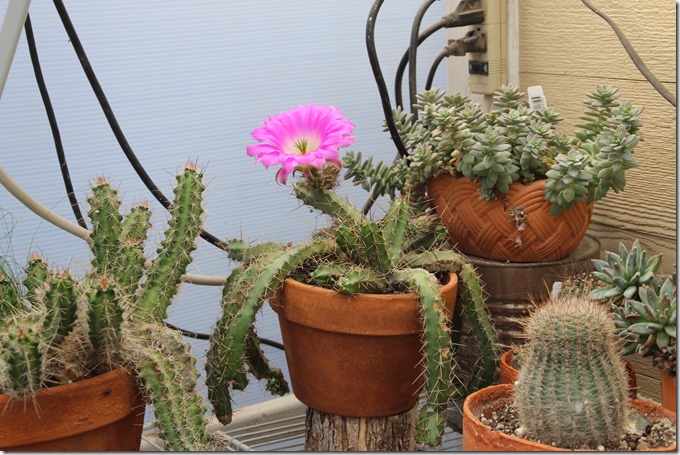 So of course I gathered it up and took it outside for a better picture. 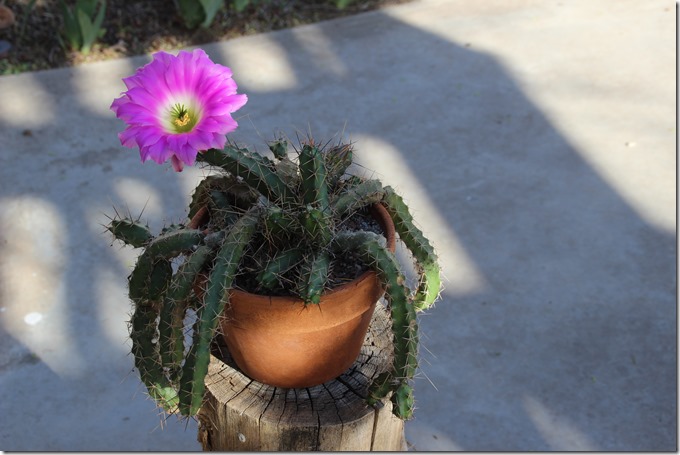 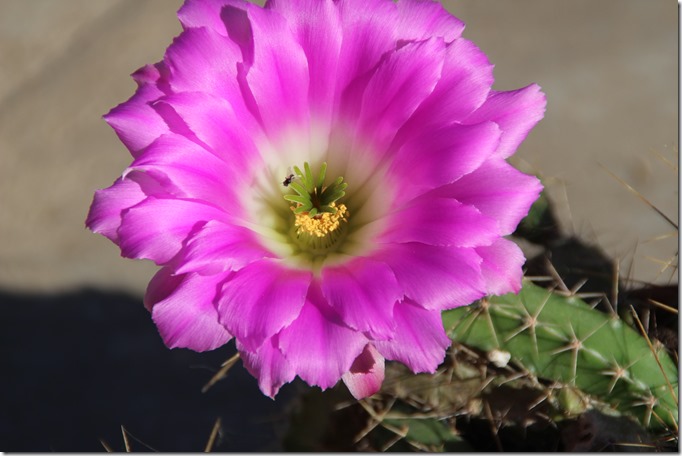 Echinocereus pentalophus is, like all cactus,  native to the Americas and found in  northeastern Mexico in the San Luis Potosi area and the Rio Grande Valley in South Texas. It lists as hardy to 20 degrees Fahrenheit. Since our winters get much colder for several nights at a time, mine stay in pots so I can bring them in during the winter. But wouldn’t it be a nice surprise to come upon one growing and blooming out in its natural habitat! With protection in the winter when it freezes, it might make it, but always have a cutting potted in doors as a back-up.

Some varieties have fairly upright growth habit; mine send out long fat branches which earned it the common name of ladyfingers cactus. Since mine are not in the ground and can’t spread out, I keep the pot up on a stand of some sort so the branches can trail down, which might make a nice hanging basket, but I have never tried that. I water it regularly, at least once a week. 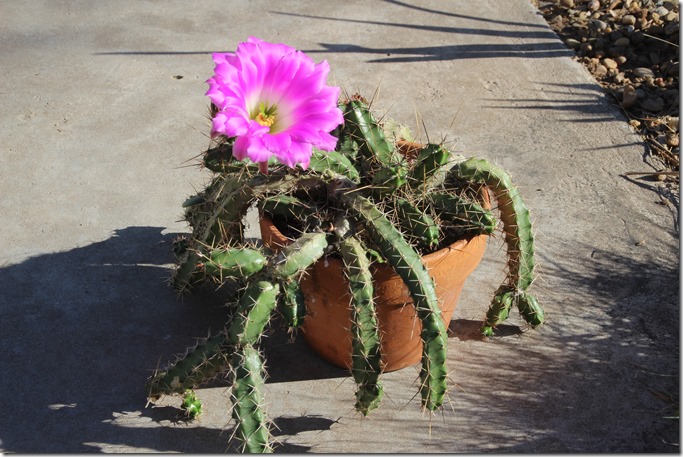 I have more flowers to look forward to, as this one has at least two more buds waiting to open. 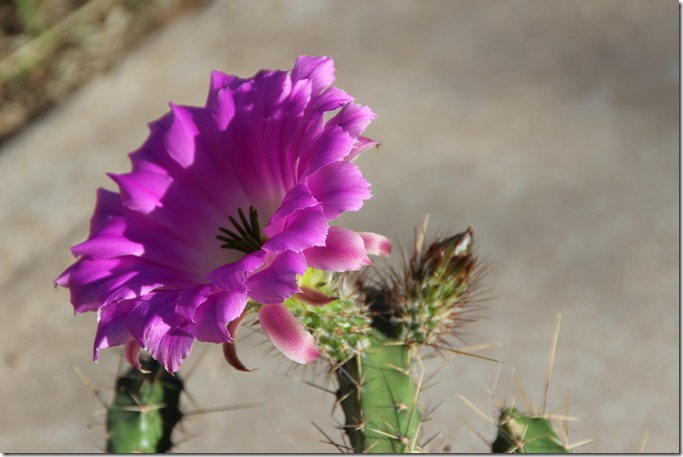 The other nice thing about this particular cactus is that the flowers don’t fade for several days and last from four to seven days in some cases. This one is just now on the way out. They really are impressive flowers. This one measures about four inches across. Why we don’t see them for sale more is beyond me. Some cactus experts seem to consider them a cactus weed. With flowers like this, a reasonably pretty body, and the staying power of the flower, I think they are a desirable addition to any collection. They do like lots of air circulation and on occasion might have mealy bug problems, but that can be remedied with regular application of soapy spray. 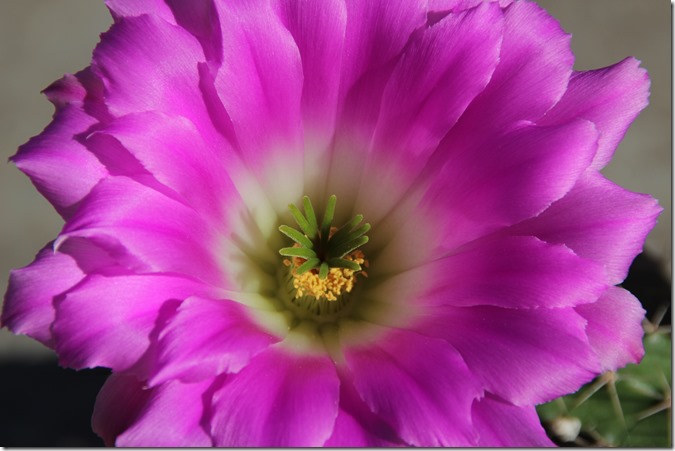 If you go back to the first picture, you will notice another e. pentalophus next to this one, a slightly larger variety which has slightly different flowers, still pink, but as I recall, a slightly different flower. Same growth pattern, and it has buds but hasn’t bloomed yet. When it does, I will compare to the two for you. The one blooming now may be the e. pentalophus sub. variety leonensis-or maybe the other way around, who knows? Both in the same family, both are not always easy to find, but worth the search. You won’t find them in the big box stores. I really enjoy mine. I think you will, too. 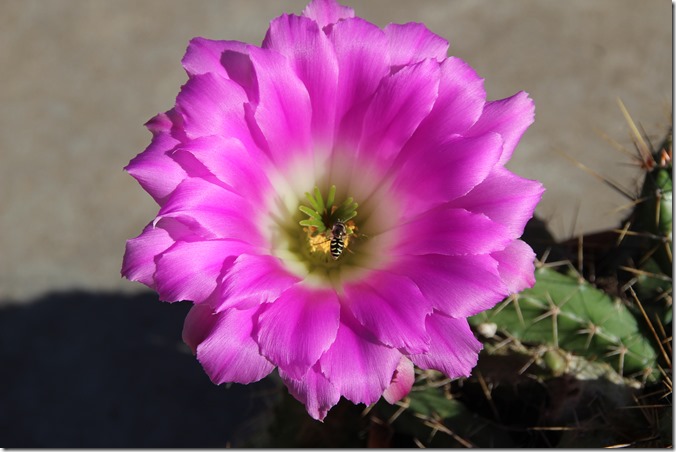