Pruning the Pachypodiums, aka Madagascar Palms

In a blog post on July 18, 2012, I introduced you to the fat plants pachypodium geayi and p. lamerii, also known as Madagascar palms. 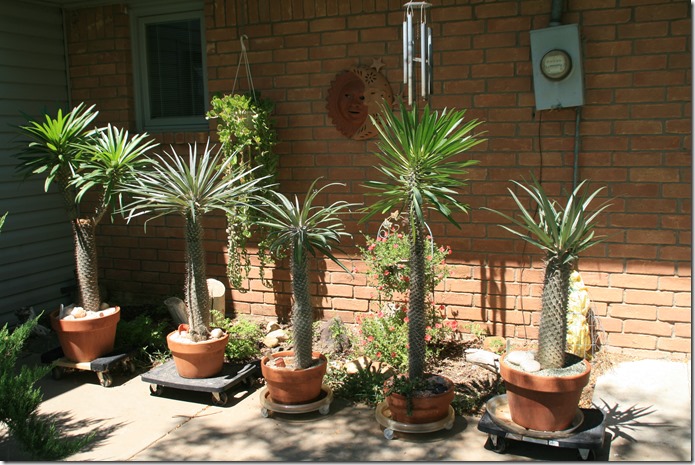 That was in 2012; by 2016 the two pachys I kept had grown a foot or more taller than me. They were outside this Spring when we had especially hard West Texas winds that just shredded the leaves. They looked pitiful! The fact that they looked so ragged, and the fact that they were so tall their pretty crowns went unseen and appreciated, I knew the only fix would be ruthless pruning. After all, they still had to fit through the door to come inside when winter cold hit, and it would take a whole season for the tops to look even halfway good, and maybe not even then. So I took out my trusty pruning saw and went to work. This is what they looked like after I finished; 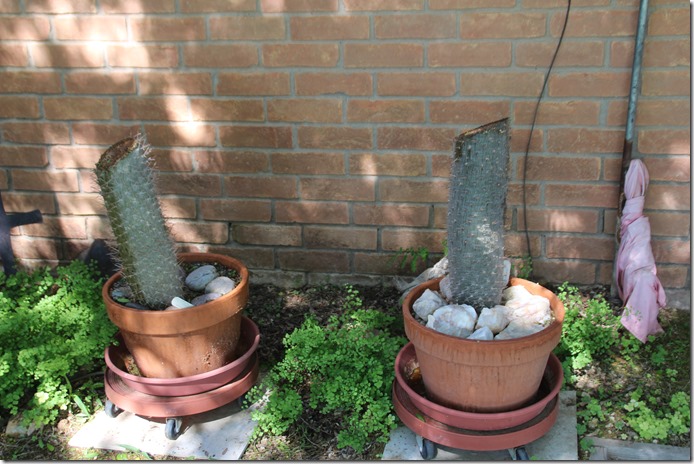 Not much to look at, right? But they were not much to look at before, either. This picture was taken in May. Over the next few weeks I looked at them from time to time, kept them watered, and waited for signs of regrowth. And finally, on June 29th,  I looked, and then looked again, up close. There they were, the first little nubs of new crowns, new growth around the edges of the cut trunks. See the little spot of lime green? Several of those were coming out all around the trunks on both plants. 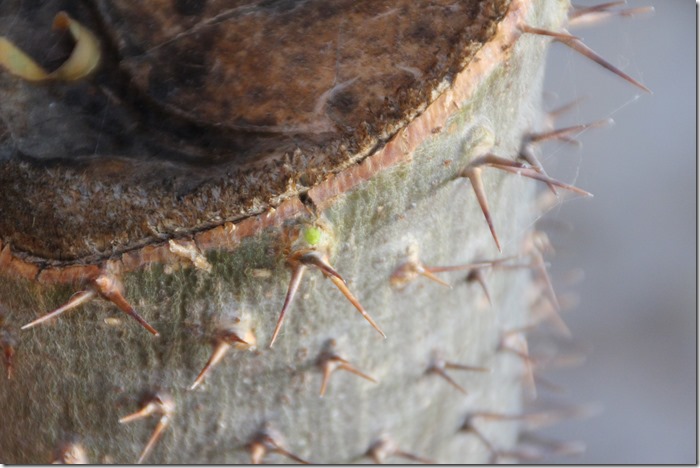 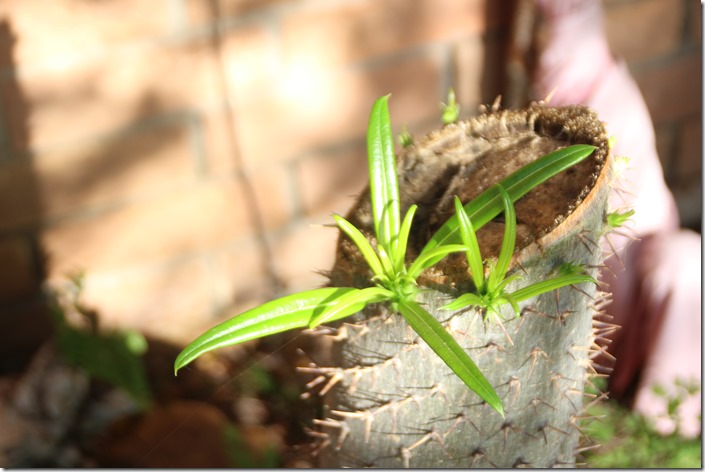 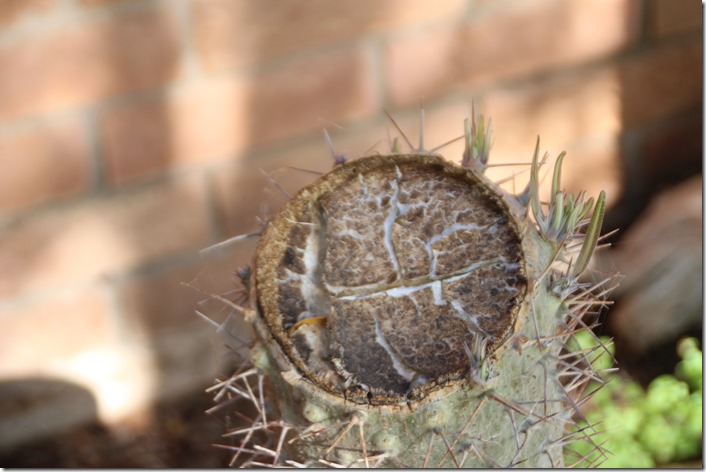 And by the first of September they looked like this: 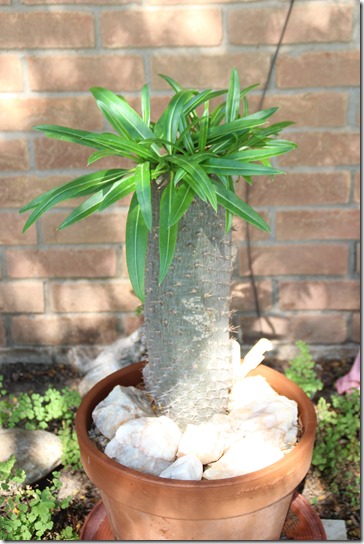 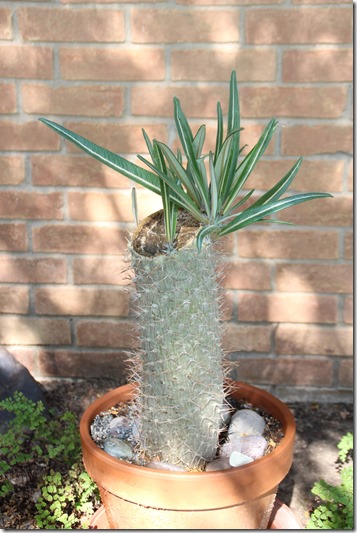 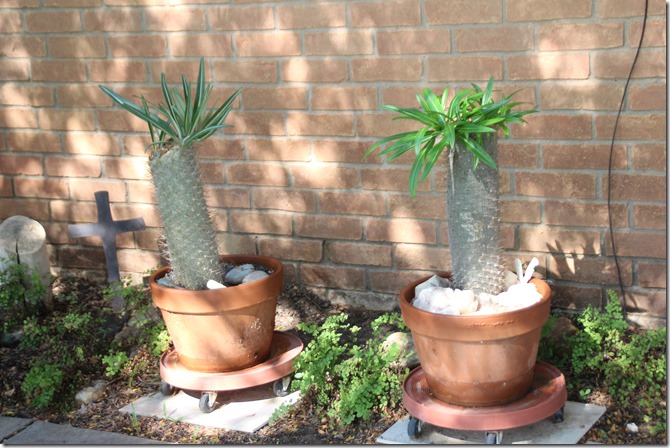 On the left is pachypodium geayi, which has a longer, slender leaf with a stripe down the middle. On the right is p. lamerii with a shorter, wider leaf that is a bit softer than p. geayii, is a brighter shade of green and has a paler stripe down the middle of the leaf. I counted five crowns on p. geayi and nine on p. lamerii. These crowns will become branches, and by next summer these trees will look completely different. Go back and look at the first plant on the left, which I pruned a couple of years before the picture was taken. That will give you an idea what these will look like after a year or so, only they will have even more branches and be fuller and pretty and happy with their new look. And I will be happy with their new look.

Pruning cures a multitude of ills. Don’t be afraid to try it.