You may not have a cactus garden, but you might be wanting to do more xeriscaping in your garden, and if so, you might consider adding some Mexican feather grass, also called silky thread grass. 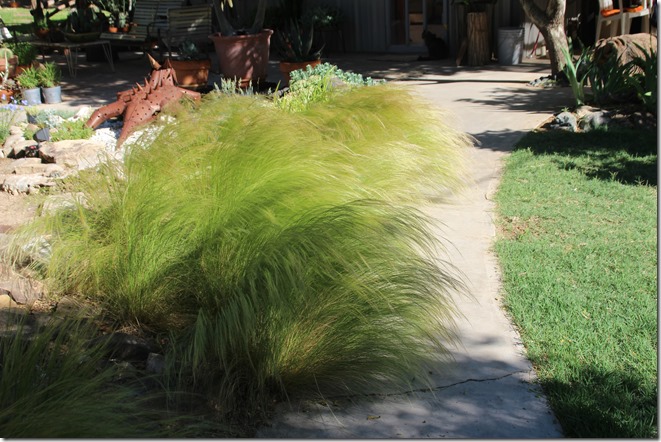 I started out with some of this grass in a bed between the house and the garage, not in the cactus garden. It thrived and in time some of the seed made its way into the cactus garden and sprouted. it looked nice, added a different texture to the garden, and I left it there. Didn’t think to take a picture of that grass to show you, and considering it is now dark outside and that I want to post this story tonight, you will just have to take my word for it.

The point is, this is a good grass to use as an accent or to fill a space where you might want to water less. It also serves as a nice bed for the dogs, 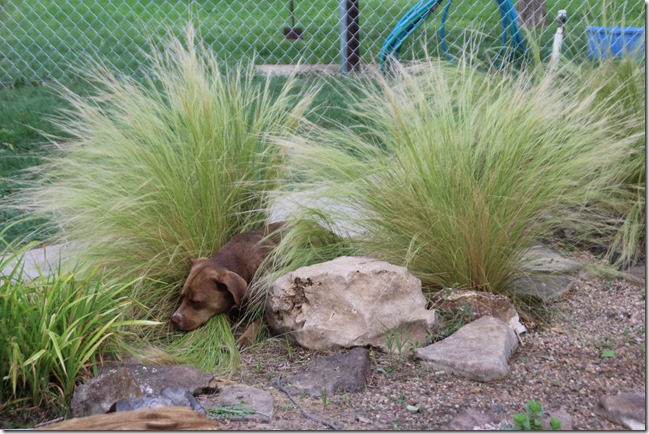 a bed and a place to play jungle cat for the cats, 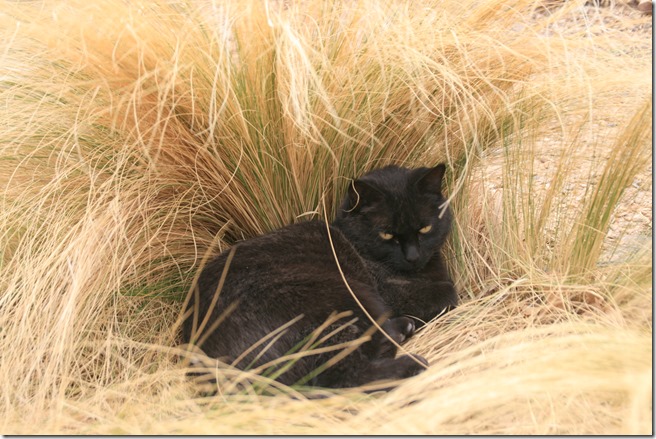 and adds a billowy accent to your garden. When the pets do use it for bed and play, it has the ability to bounce right back, so you don’t have to worry about them hurting the plant. 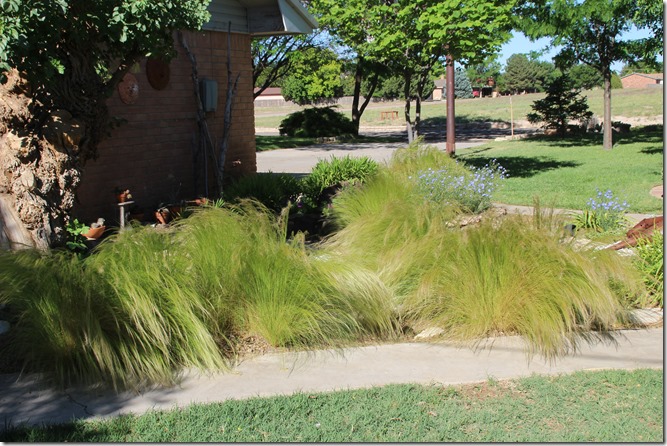 The picture of Peaches in the grass was taken in the month of March before it had greened up in the Spring, Spring being a bit later up here, and the one of Porche was taken in June after the grass had greened up. The other pictures were taken in May, so you see it has two looks, the green and the golden tan later in the year and into the winter. But even when it is tan, it still is pretty and adds flow and motion to your garden. And it takes much less water once it is established.

The one thing you do have to watch is that, just like the seeds that came up voluntarily in the cactus garden, it will happily spread if you don’t keep it in check. Tiny flowers which makes tiny seeds appear on the ends of the thin blades of the grass in mid to late summer, and you can trim off the ends to get rid of the seeds. You will know when to do it because the ends will get all wadded up and brown. Well, probably do it before it gets to that point to make sure you remove the most seeds, but some seeds will still manage to germinate and you will see little tufts of grass coming up here and there. Pull them up then just like you would a weed.

Over time as the clumps gets bigger, the under layers of the grass that would be closest to the ground will die and wad up, and you will want to remove the dead bunches. They come out easily. The grass can always be trimmed some if it gets too long in some areas.

Silky thread grass really is a nice grass and flows beautifully in the wind and adds interest to the garden, whether it is summer green or winter tan. Do water it that first year,  but after that you can cut back, which is a good thing. Silky thread grass also likes full sun. 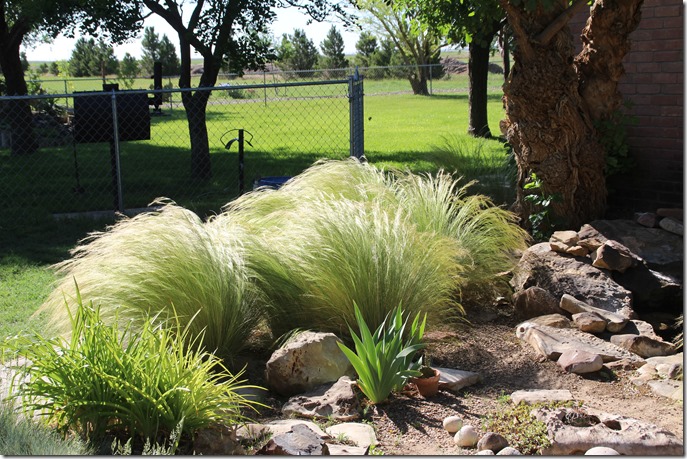