Back before Bill created the grain elevator, I came up with the bright idea that we could throw together some birdhouses for the cactus garden. When I would see them for sale, all cute and little and rustic and decorated, upon closer inspection I would notice they were made out of what looked like scraps, the leftovers from a more ambitious project. So I asked Bill if he would help me make one. I mean, how hard could it be to cut and nail a few pieces of wood together? Ha.

Well, we found out it could be much harder than we bargained for! Plus, part of the cutting required using the table saw, which I am not allowed to use. He thinks I will cut off a finger or something. So of course it turned out that he wound up actually building the birdhouses and I just watched, handed him stuff, and gave occasional input on what looked good or didn’t.

Several days later, we had three birdhouses built and ready to be painted. I did get to do that. 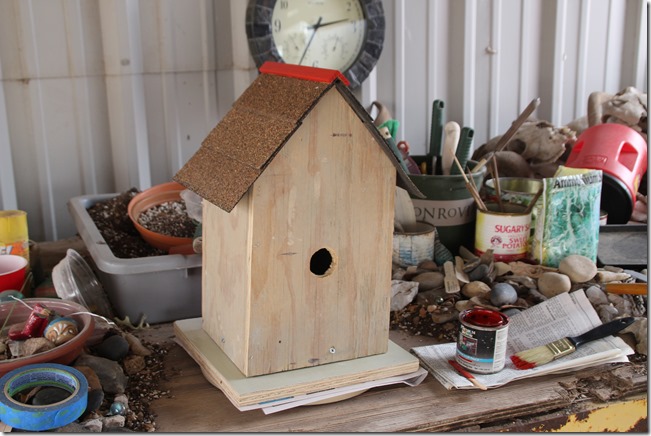 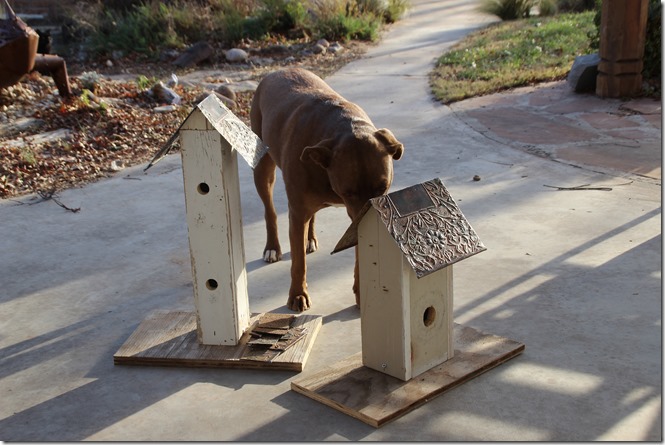 Since we used scraps of lumber, I also used leftovers of paint that I had on hand. And it was also my job to spiffy them up a bit with trinkets and such. The fun stuff. 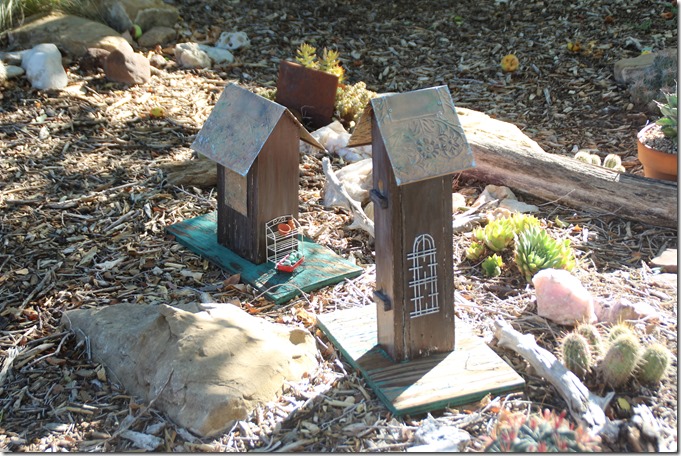 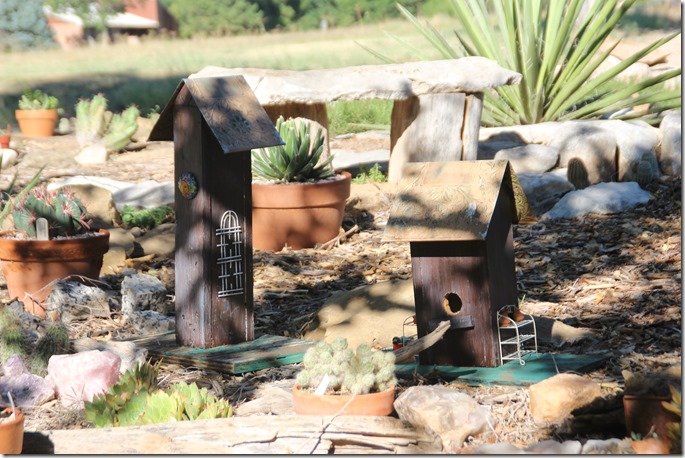 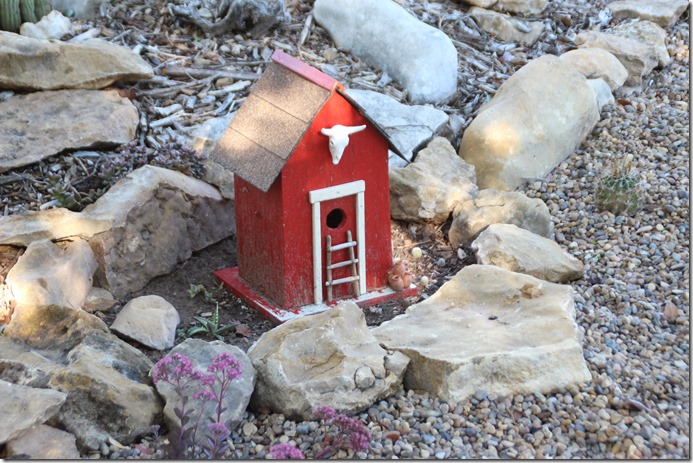 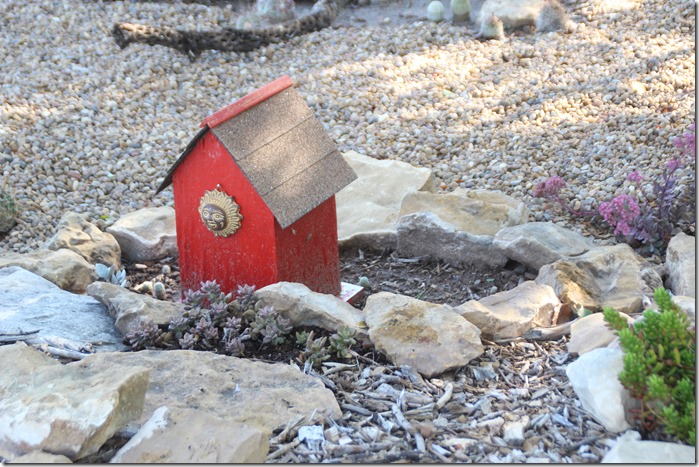 They have been out a few months now and you can see some of the paint is coming off. That is the second little ladder on the red house; don’t know what happened to the first one. And some other trinkets have come and gone and the glue on some of the pieces has let go, which makes them sort of a work in progress. And they are outside, so they do get dirty and show signs of wear and tear.

After looking at the before pictures again, I may just paint them a lighter color when the time comes to repaint. Except the red one; the red looks good with the shingle roof. And the trinkets will come and go from time to time. After all, everyone likes to redecorate their house, right?

But if you get this silly idea that birdhouses are easy to make, which they might be after lots of trial and error and practice, next time you see one for sale that you really like and decide you can just make it yourself, appreciate the time and effort someone else put into it and fork over the cash.

Unless of course you have lots of time to kill…