I bought this delosperma, commonly known as ice plant, two years ago and wasn’t sure if it was cold hardy or not. Put the main plant in the ground and made sure I also had some in a pot, just in case. And here it is today. 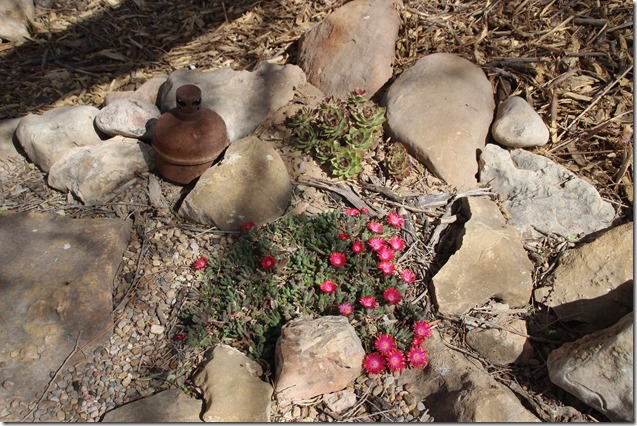 While it hasn’t covered a large area yet, the plant seems to be flourishing. This bunch is in a location that was covered with the five-foot snow drift for about two weeks in January, and this is how it looks today, so I guess I don’t have to worry about the cold-hardy issue so much. Perhaps that is why it is called ice plant-it survives through ice. The plant is indigenous to southern and eastern Africa, which means in its native habitat it doesn’t have to deal with much cold weather. So it is to its credit that it does well in Muleshoe, Texas. I have found some varieties of ice plant that do, however, do better in the cold weather than others. And a lot depends on where you have it planted and just how cold and prolonged the winter is as to how well it comes back each Spring. Experts say to cut back on the water as winter nears when the stems get woody-looking. Mine usually go without much water anyway since we are pretty dry up here. Just to be sure, I always bring in a start of each one and root it to have a plant to replace the original if in fact it doesn’t come back after the winter. 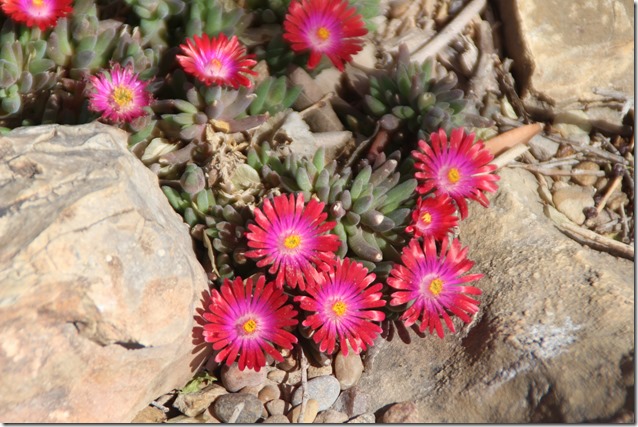 The other, longer-leafed ice plants outside are also beginning to bloom now, but not as prolifically as this one is already, which is nice. A bright spot in a still rather dull garden. 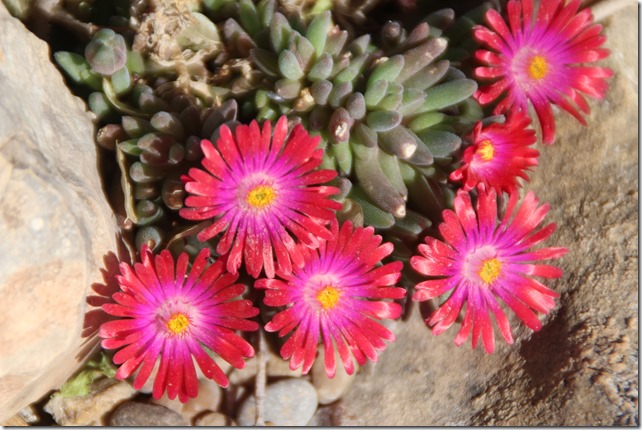 As you can see, the flowers have a nice brilliant neon quality that makes then really stand out in the garden. And it likes it much better outside; the fire spinner in the pot in the greenhouse is blooming also, but not as abundantly. I have seen other color combinations on the Internet, so there are different varieties available in different colors. 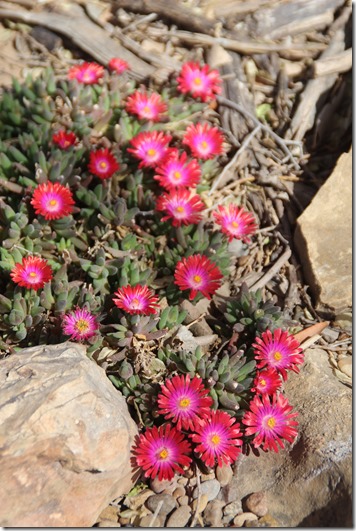 If you are looking for a dependable, colorful ground cover, I would recommend delosperma fire spinner.