If you travel U.S. highway 67 between San Angelo and Ballinger, you will pass CactusTown, a nifty combination cactus/succulent/ drought-tolerant shrubs and trees/rusty junk/antiques/Western artifacts shopping bonanza location for those of you  interested in building your own little piece of xeriscape heaven. 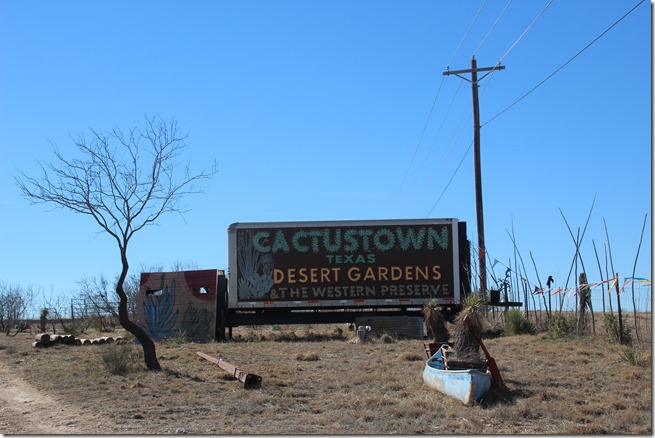 Mike Mosman, who also answers to Cactus Mike, spent his early years in Odessa, Texas, and later the Big Bend area where he developed an eye for the style of the dry, southwest climate. He took off at the age of 22 and traveled around the U.S., wound up around Phoenix where he saw the potential for desert plants, and the xeriscaping concept took off for him. He then spent 20 years learning about the trade at Cactus Unlimited, a wholesale nursery at Ft. Hancock located on the Rio Grande, shipping plants to Tucson, Las Vegas, and other points to the west. 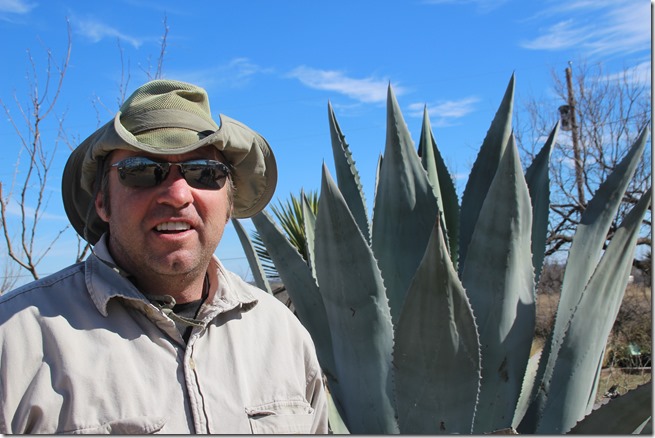 Time passed, copious amounts of cactus and companion plants were sold, and Mike came back  to Texas to the piece land he had owned for 12 years, there between San Angelo and Ballinger. He built the two-story edifice that stands today and opened the Blue Buffalo Grill in September of 2009, serving buffalo burgers, which was successful, but as the economy tanked, so did the Blue Buffalo, and it closed in September of 2010. 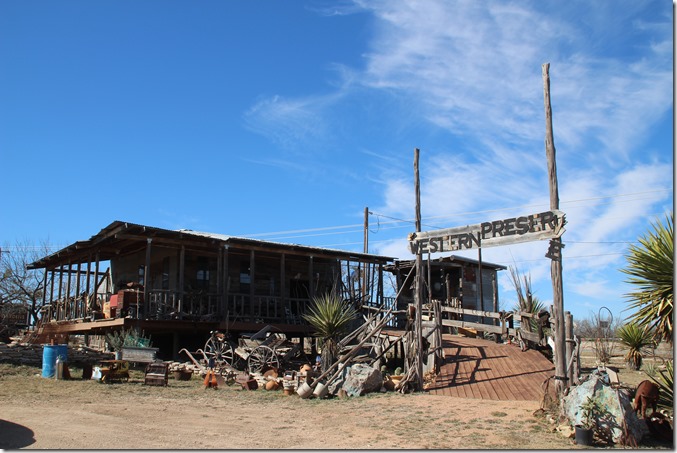 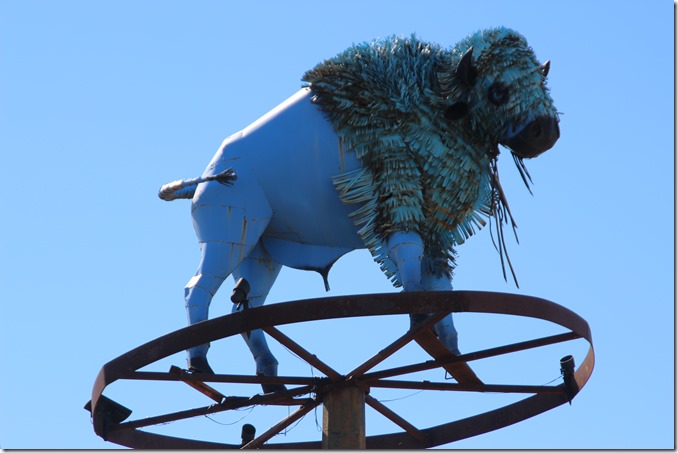 But the seed had been planted to create CactusTown, so that’s just what Mike did.  And for the last three and a half years the dream has grown and prospered and more components of CactusTown have been developing, literally and figuratively. His dream is to have the most unusual cactus site in Texas, a theme park or botanical garden, if you will, not with rides, but with subject-matter appropriate attractions, like a western town with cowboy dioramas, a rock shop, a pottery shop, a place for kids to learn about arrowheads, archery, and flinting, antiques, rusty junk, yard art, and perhaps seminars on xeriscaping, which he has already done for Master Gardener programs all over Texas.  He might even serve buffalo burgers again. In time Mike would like to add a mission-style building for special events, like weddings and dances. 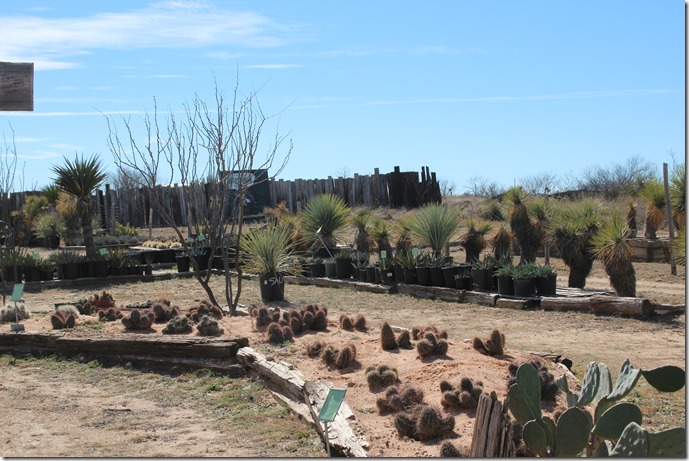 He has a greenhouse where he grows groundcovers and winters some tender plants. 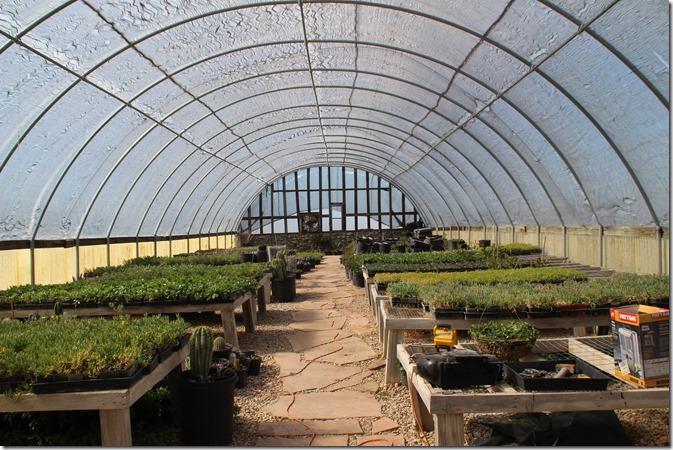 Outside are myriad agaves, cacti, yuccas, sotols, drought-tolerant trees, shrubs and perennials, along with the yard art, wagons, antiques, and just lots of stuff. I was so busy looking around that I forgot to take notes and had to go back through for pictures! But take pictures I did; here are a few to show you what I saw as we took the golf cart tour. 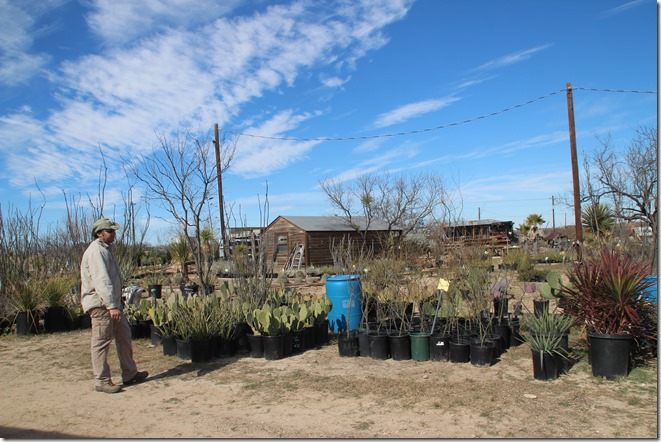 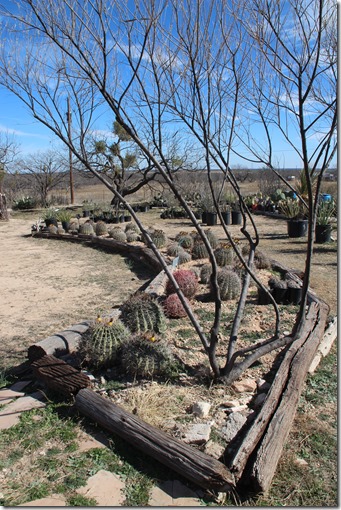 The day I visited the sun was out but the wind was cold and not pleasant, so I was the only one there. But when it warms up and the cactus are blooming, Mike says he has visitors from all over Texas, sometimes 40 and 50 a day. 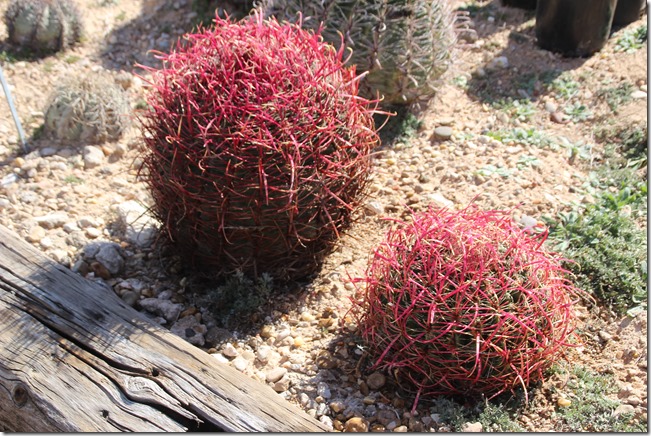 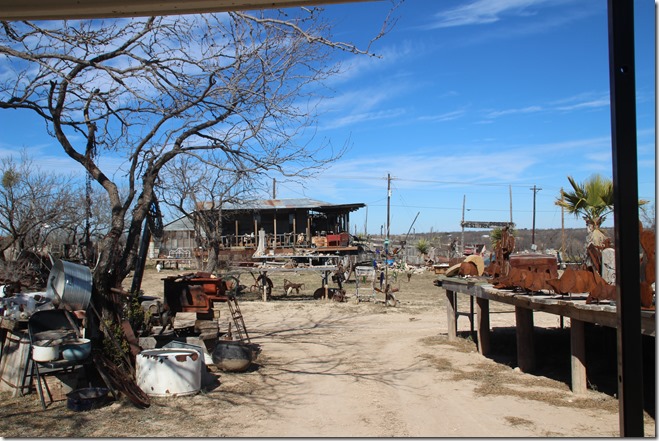 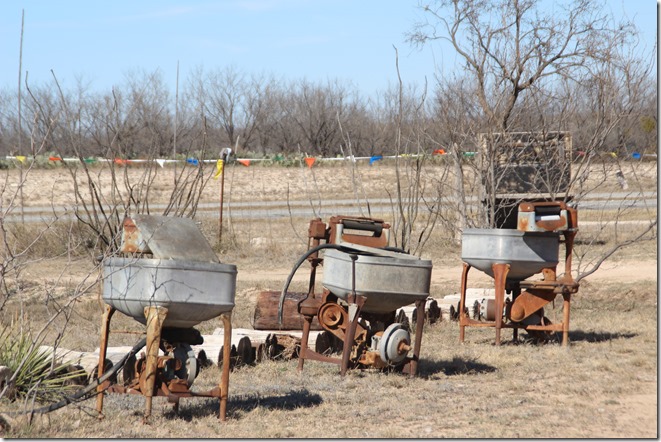 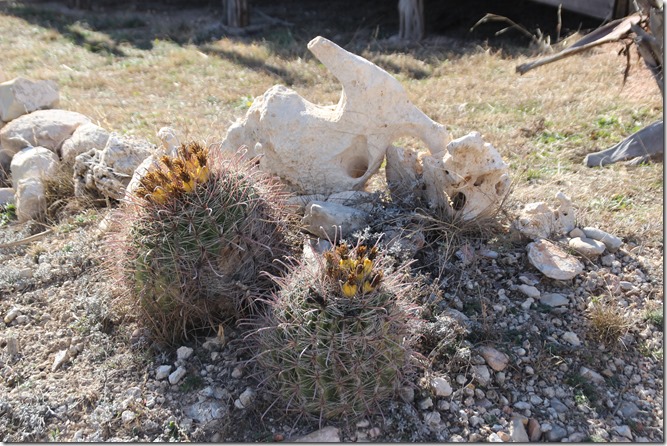 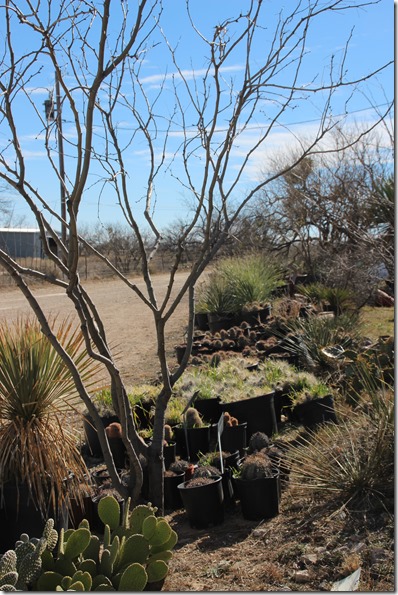 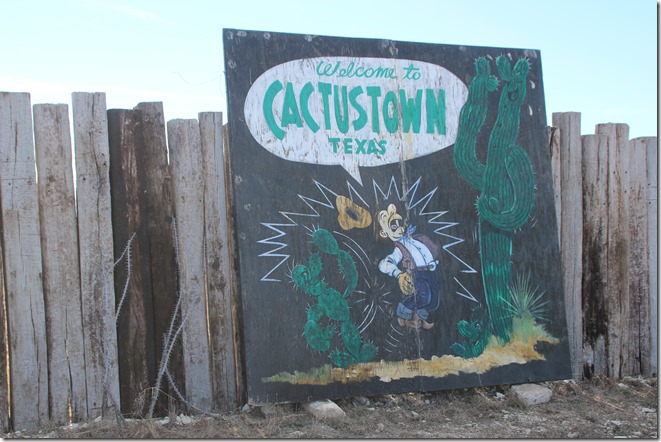 When I visited, this was the way things look from the second floor of the grill, which now displays antiques. I expect many changes next time I go. As Mike said, the place is a work in progress, and one by one all those theme-related additions will become a reality. 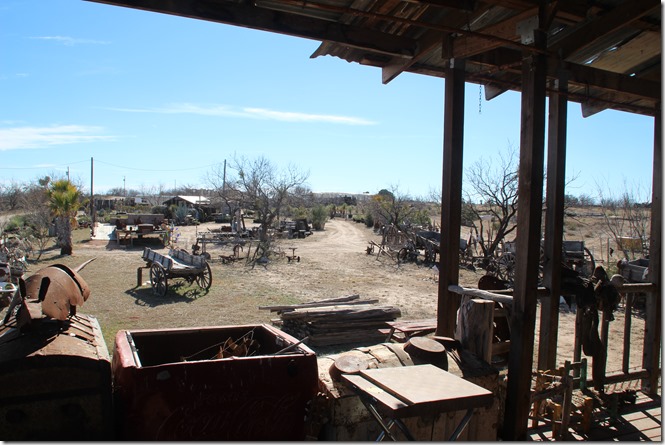 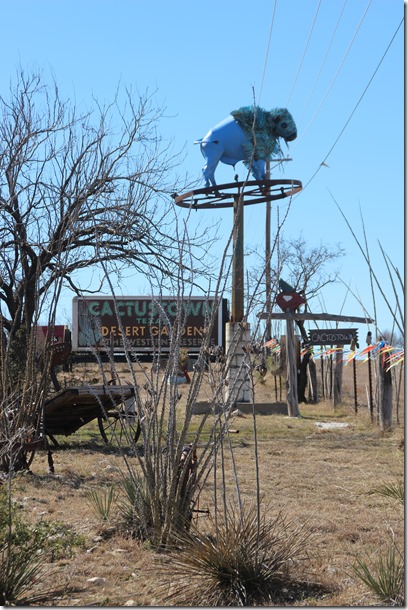 This trip I didn’t buy anything. Next trip will be a shopping spree; I mentally picked out a few things, cactus and otherwise. If you need a destination for a road trip, Cactus Town Texas is a good choice. Hope to see you there.