A Most Unusual Succulent Vine

Curcurbitaceae xerosicyos danguyi. Right. I’m not sure how to pronounce it, either! So I suppose we could take the easy way out and call it silver dollar plant, or dollar vine, or penny plant, names it is also known by. I think dollar vine best describes it. Round green coins on a stem. 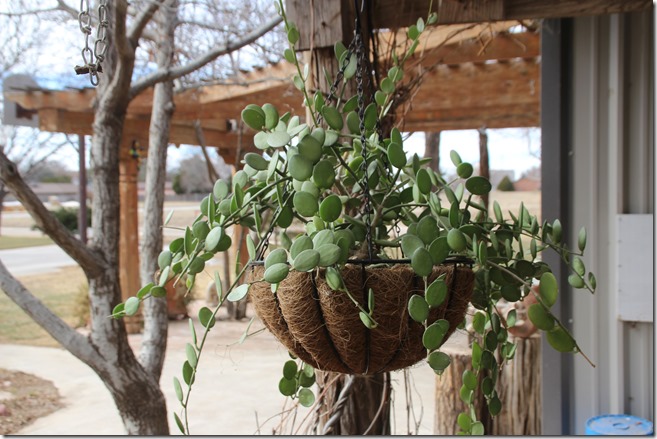 I bought this plant as a small little starter plant from the horticulturist at Sul Ross University in Alpine, Texas, when I made a trip down there in 2003 to speak to their education majors and student teachers while serving as state president for Texas Classroom Teachers Association. It was like nothing I had seen before, so of course I had to have one. I had not seen this plant for sale since then, until just last year when one of the big box stores had a few pots for sale. Whether it will show up this spring amid the other succulents and become a popular choice remains to be seen, but it is definitely one of the more unusual succulents. 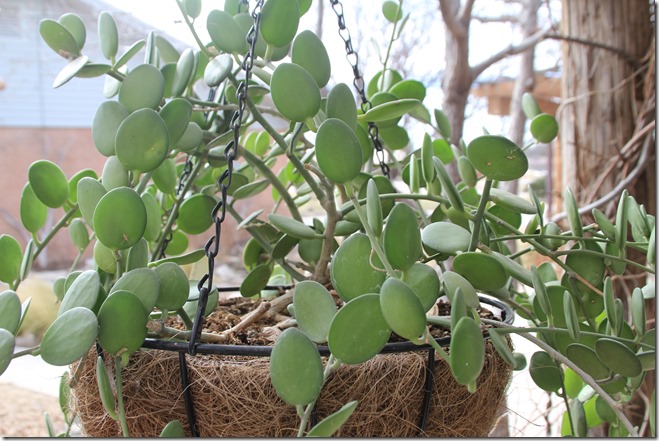 This little climbing vine is native to southwest Madagascar, home to many other unusual succulents. And while it may be unusual, it is a member of the curcurbita family, which includes squash, gourds, pumpkins, and zucchini, plants that are not that unusual! Just because they are in the same family, however, doesn’t mean they look and act like each other, but I thought that was interesting that that bunch of plants have a family gene in common some where down the line. In fact, the three species of c xerisicyos are nothing like each other, either. C xerosicyos perrieri has thinner stems and smaller leaves; c xerosicyos pubescens is completely different, actually more commonly found to be bought, and is mostly a large caudex that produces deciduous vines with lobed semi-succulent leaves that die back in the dry season and during prolonged periods of drought. 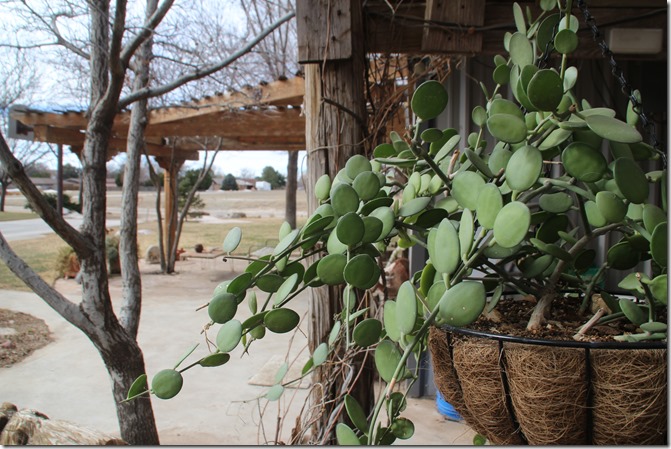 But I digress. In Madagascar these plants are growing in the ground and become woody vines that use other trees for support as they reach for the canopy of the forest for light. The little tendrils curl around whatever they are close to for support. The tendrils in the picture below are reaching for something to curl and hold onto. C. xerosicyos danguyi is said to bloom little yellow flowers, but mine has never bloomed. That could be because these plants are dioecious, plants that require both a male and female plant to set seeds, and I only have one plant. 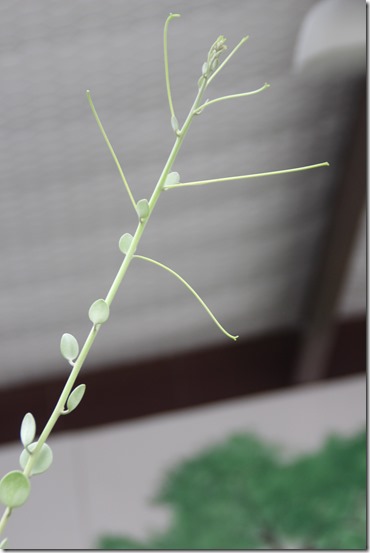 I would love to put my specimen in the ground and let it grow big and climb a trellis or pole, but this is not the zone to do it in. The plant is said to be cold-hardy to 30-25 degrees, but considering it gets considerably colder than that here-remember that blizzard we just went through?-I keep mine as a hanging basket and trim it back from time to time. 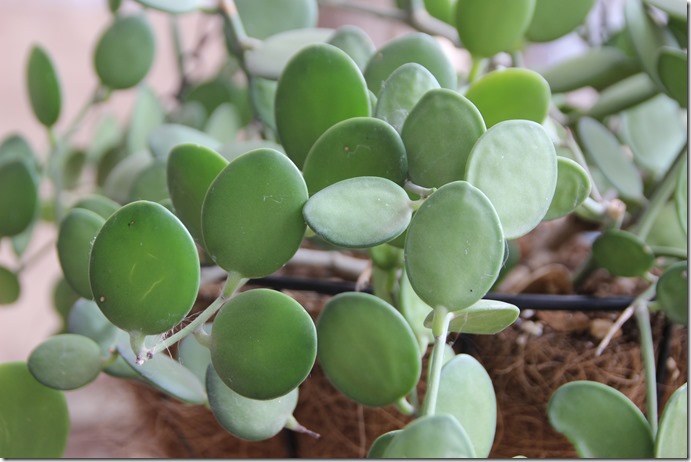 The experts say to repot the plant about every year or so with fresh soil. I haven’t done that, but the plant seems to be dong fine in spite of that. Cuttings can be rooted as with other succulents; you will want to make the cutting where the woody stem is soft and young and let the cut dry overnight before planting. Water your plant more when it is actively growing, less in cooler weather. But mine seems to like a bit more water than other succulents. Just make sure you don’t let it get dry enough for the leaves to wrinkle.

Enjoy your plant but watch during the growing season that the tendrils on the ends of the vine don’t latch onto something you don’t want it to!