I found this little plant on the cactus and succulent table at a nursery in Santa Fe in 2008. Interesting little plant, sort of a vine, so I bought it. Then it bloomed this pretty little flower. 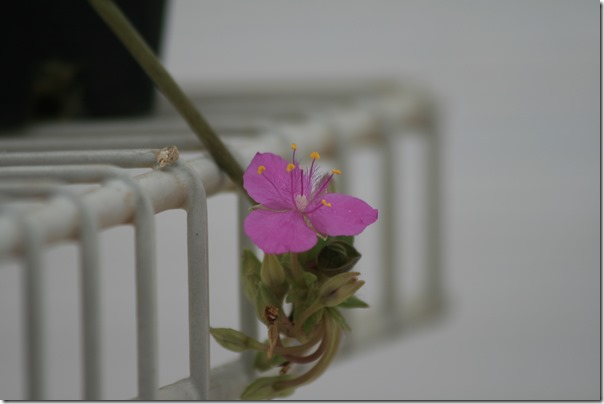 The plant has bloomed every year, and I thought it would be a good plant to share, so I did a little research on it. Imagine my surprise when I discovered it is a spiderwort! That puts it in the same family as wandering jew. I think it must also be kin to the blue wildflower I dug up and put in my garden, and now I can’t get rid of it! I think it is called day flower, which was also a name linked to this plant, as it flowers in the morning and when the sun shines on it, it will close. It has also been called chain plant.

Be that as it may, some websites called it a succulent, as it does seem to be drought tolerant, so perhaps that is why it was grouped on that table with the succulents and cactus even though it doesn’t look like most succulents. Like its relative the wandering jew, it, too, sort of wanders in the pot and gets stringy, or at least it has for me. This shot was taken after it had quit blooming for this year, and I cut it back like I do every year. 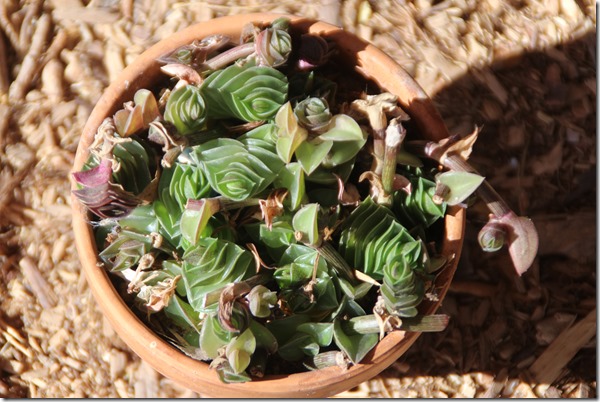 Perhaps in the ground it would make a fuller plant, but I am not sure it would be cold-hardy here, so I have not planted any outside. When the weather warms up, maybe that will be the time to start some outside and see what happens. What I read said it is usually found clumped in wooded areas and fields, but my cactus garden is not what I would call a wooded area or field, so we will see. It is also considered invasive, so planting it may not be a good idea. If, in fact, if it is kin to that blue day flower I dug up and transplanted-which has turned out to be cold-hardy- I’m thinking it wouldn’t be good to introduce it to the garden, because once established, it is there for good. And at some point you might discover you don’t want it there anymore, and then you are stuck with it. 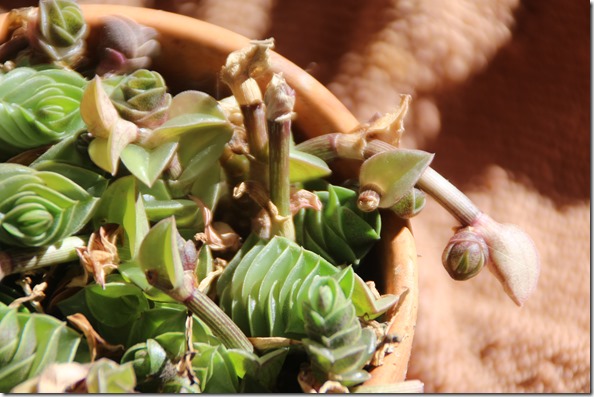 Tradescantia is also used as a bioindicator, or a biomonitor, a plant used for detection of environmental mutagens, a fancy way of saying it provides information on the quality of the environment around it.  And if you want more information about how that works, I will let you investigate on your own! But I thought it was interesting that this little plant could be useful in a scientific manner. 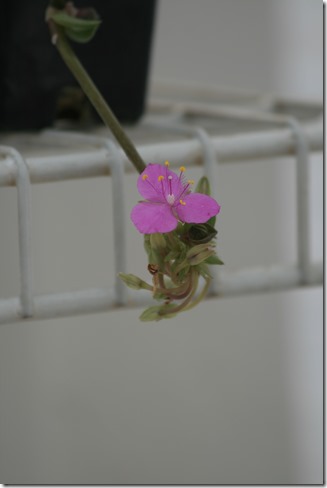 It does make a nice little flower, so keep it in mind to add variety to your collection. And consider keeping it as a container plant, because it might just take over!