Refreshing a Path in the Cactus Garden

My cactus garden is over 20 years old and needs renovation from time to time. One path through the garden had become cluttered and hard to navigate, so the time had come to fix it. These pictures show the path in question. The flat rocks are supposed to mark the way, but they were uneven and hard to walk on, and volunteer cactus babies had come up where they shouldn’t have. The path was indistinct and hard to use. 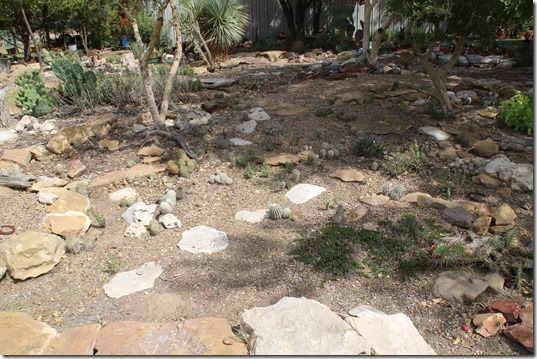 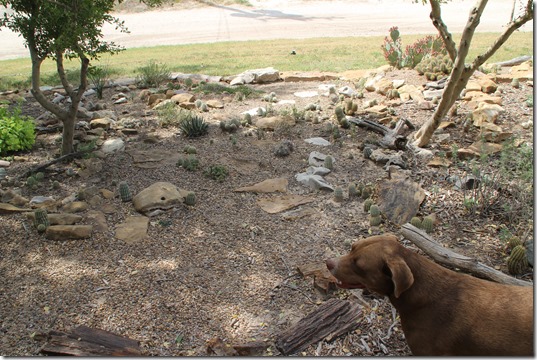 I was enchanted by the rain forest when I climbed Mount Kilimanjaro in 2007 and wished I could bring something of it home with me. Sure, rain forest in West Texas. But I could copy one thing, the paths, like the ones below that I walked in the rain forest. 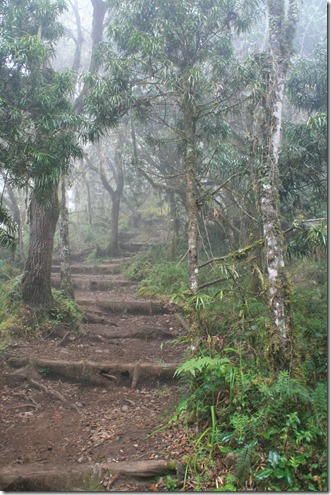 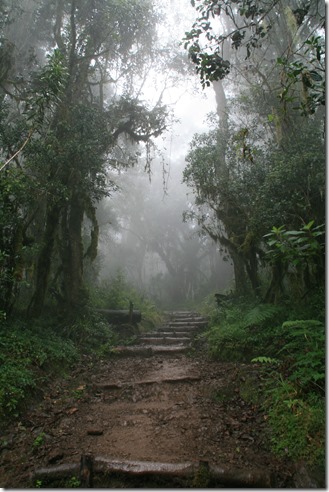 Inspired by these that took me down the mountain, I made this first one in my garden after the climb on Kilimanjaro. 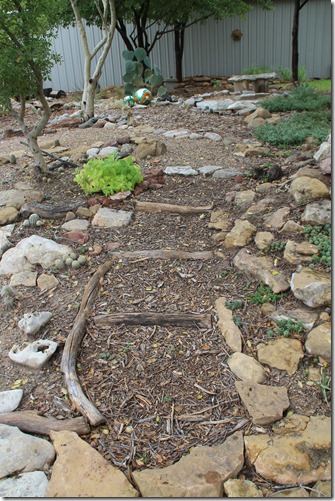 So I set out to replace the ineffectual one with another like those I walked in Africa. The rocks came up to be used somewhere else; stray cactus were dug up to be relocated as well. I had Bill cut some lengths of wood for me, which I supplemented with a few rocks, moved a little dirt around, and then filled the sections with mulch. The rain forest paths had no mulch because that would have been a monumental task, but I wanted mulch on mine rather than bare dirt for reasons of blowing dust and, on occasion even in West Texas, mud. And I didn’t have haul my wood chips up a mountain. 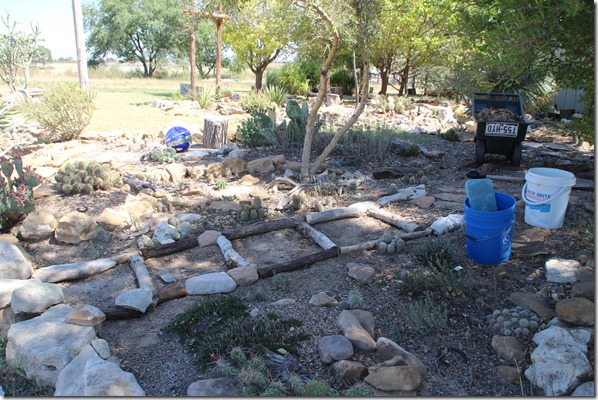 After a couple of afternoons of work, here is the finished path. 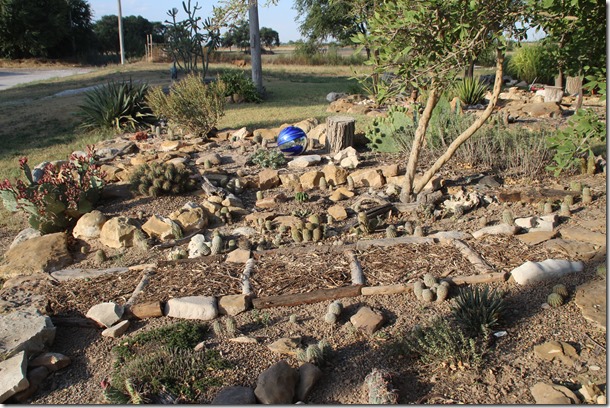 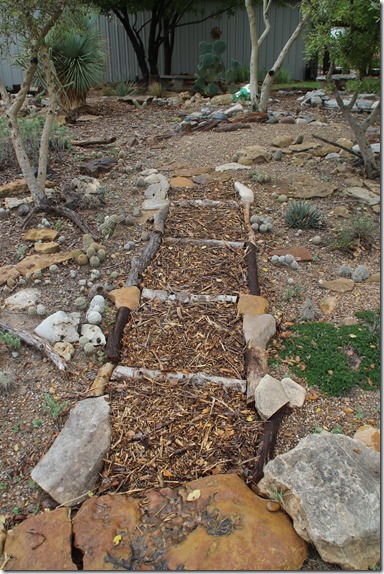 So while rain forest it may not be, easily accessed cactus path it is. 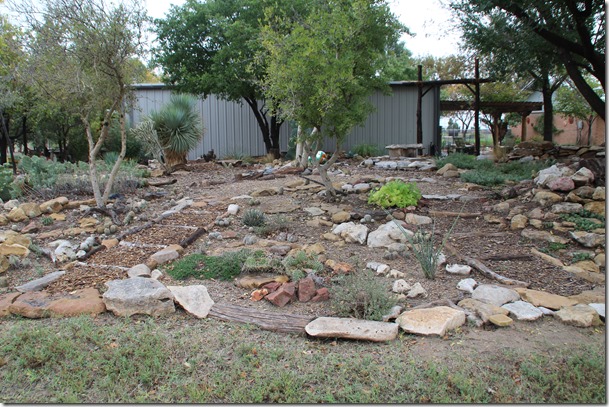 Mulch has to be replaced as it decomposes, but I like this path better than the old one. And when I walk it or its partner, I am taken back to Africa just a little. Not a bad thing, I must say.