I discovered this praying mantis on the euphorbia trigona the other day. 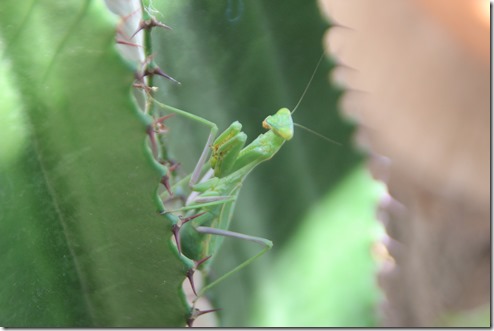 Just to simplify a bit, mantises are from the phylum Arthropoda, class Insecta, and order Mantodea and I suspect most of us take them for granted as a native insect. Not so; they were introduced into the United States about 80 years ago in Philadelphia, Pennsylvania, but are native to the tropics. Their closest relatives are termites and cockroaches, and aren’t we glad they are so much nicer than their relatives! They are not related to walking sticks, which is a common mistake since they both have the long bodies and a slight resemblance to each other.

I understand they are considered an insect that makes a good pet. I can see why they would be of interest in that way, but I don’t think it would make for a very happy praying mantis to be cooped up in a box or aquarium. They belong outside.

A praying mantis lives about a year and the female dies after laying her egg, a neat little contraption I am sure you have seen on fences, walls, tree branches, just about anywhere in the garden. This one, along with five others, are hanging up under the eaves of the house. This may be an old one, but this is as close as I could get for the picture. 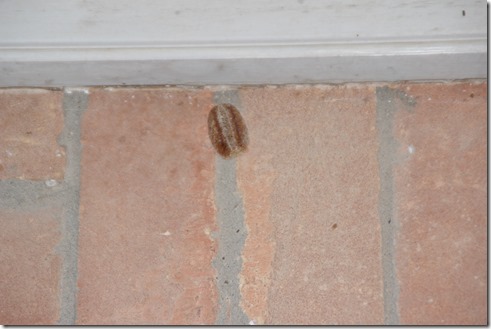 The male mantis also lives about a year and dies after mating to make that egg because the female many times kills or decapitates her mate after his job is done! So I guess the praying posture is a deceptively good public relations tool as it makes most of us think of them as sweet, gentle little creatures. Well, so be it; I like having them in my garden just the same. They are interesting insects and eat just about any other of the pest insects in the garden. 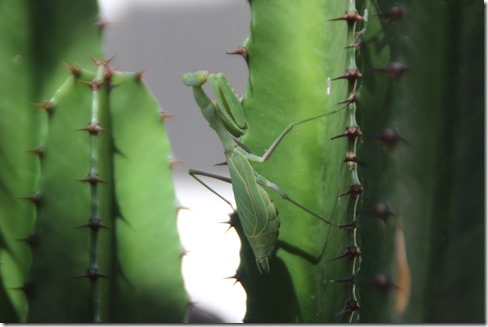 In ancient Greece, Egypt, and Assyria they were considered to have supernatural powers, in part no doubt because of that praying stance and the fact that they can eat other pretty big insects, like crickets and grasshoppers, which makes them a power to be reckoned with in the garden. They also have the ability to turn their heads 180 degrees, which might look like they have super powers. They do have two eyes on that triangular head but only one ear. I also realized after reading that they shed their skin as they outgrow it and that the empty white transparent shells I have found in my plants were not the remains of a dead mantis but their shed exoskeleton. Which made me glad; I always felt sorry for what I thought was the remains of a deceased mantis and hated to lose one.

In the spring and early summer if you pay attention, you can find tiny little babies scurrying about after hatching from their egg capsules by coming out of tiny holes along the top of the egg. If they don’t find other insects to eat quickly, it turns out they, too, will eat each other in order to stay alive. And you do want them to stay alive. Don’t come in a do a mass spraying for pests as you will also kill the mantises.

Later in the season you will then find them as adults quietly doing their business of eating as many insects as they can. It is like a treasure hunt when I happen upon one and interesting to watch them and realize they sort of seem human as the head turns and those eyes look into your eyes. I always wonder what they are thinking. 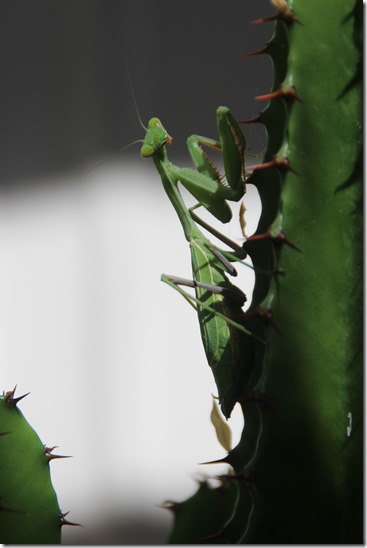 As the fall and winter approaches, their time with us is drawing to a close. But come warm weather  their offspring will be back to add drama and beauty to the garden. I hope you find many in your back yard.