How To Landscape Without Plants

The entrance to the club house at our country club had become an eyesore, did nothing but collect trash, Jeanetta Precure complained. So we set about to change that.

Due to location and sun issues, plants didn’t always do well in that spot, plus Jeanetta didn’t have time or inclination to mess with plants there. In the past plants just seemed to be one more thing to attract and hold onto trash, so the question became how to make the entrance attractive but require little or no care, other than gathering up some litter that was bound to magically reappear from time to time?

We decided to use what materials were already available, which included the lava rock gravel, river rock, some large landscape rocks, concrete stepping stones, and a couple of pieces of wood we scavenged from the pile of trimmed tree limbs that wind up becoming the homecoming bonfire in the fall. As usual, I forgot to take a real before picture, but did get this one after Jeanetta had removed all the trash, a dead bush, and raked out all the lava rock. We then came up with a basic design with the big rocks and stepping stones. 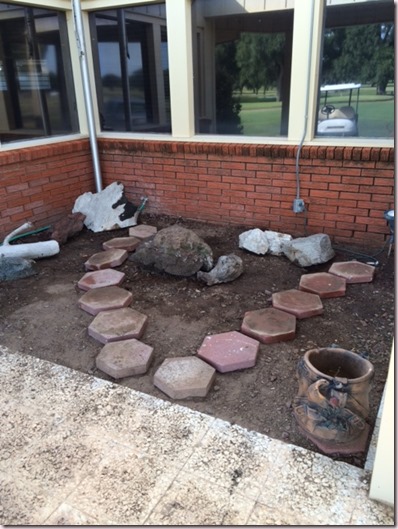 The lava rock went back in, new river rock was added in the middle, the ugly pot that had  become anash tray by default was moved elsewhere, multicolored glass gazing balls were added, 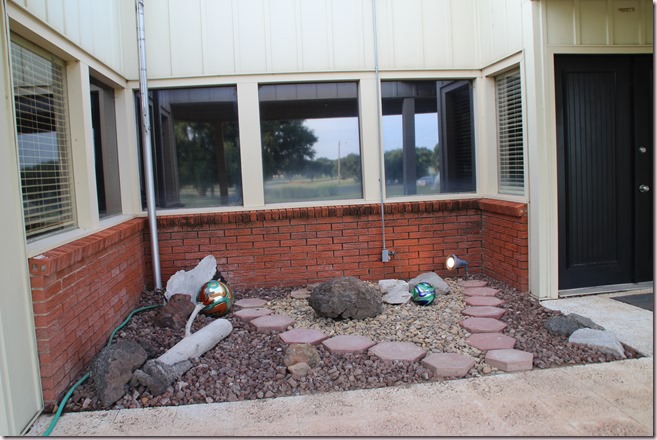 and we were done. Since plants were not an option, the gazing balls contributed color and added interest without adding more work. We had the water hose covered with the lava rock, but a young visitor saw fit to expose it, so I imagine that green line will just have to be considered one more spot of color! 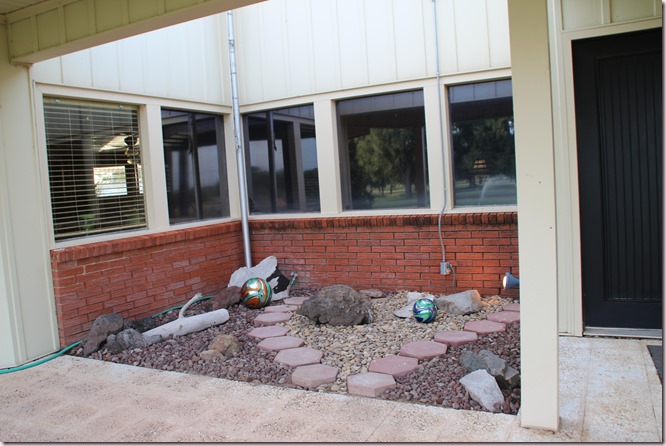 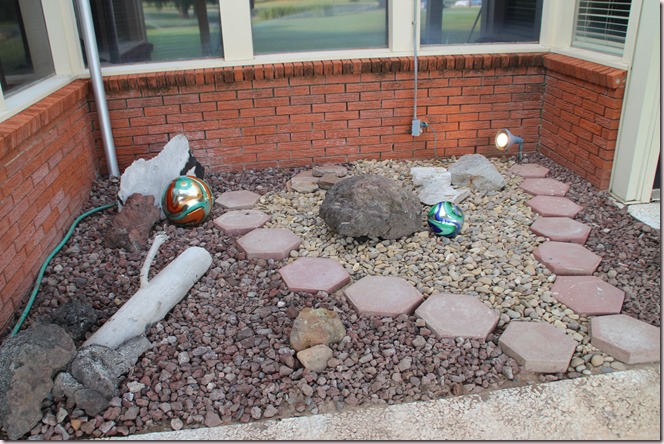 So if you have a problem area where plants have not worked, perhaps this might give you some ideas for decorating.