Brown Outside; Colorful Inside

January in Muleshoe doesn’t lend itself to much color other than brown. Brown grass, brown dirt, brown tumbleweeds, leafless trees; if the wind is blowing, which is often, dusty brown air. Winter up here isn’t very colorful anyway, and the drought hasn’t helped.

But I went into the greenhouse yesterday and was greeted by several colors amid the fleshy green leaves on my plants.

The first one to catch my eye was the bloom on this Adenium obesum. I think it is a Harry Potter variety, but I also think I got the tags mixed up somewhere along the way. But it has lovely flowers that always seem to come when the plant has lost all its leaves in the winters here. After it flowers, the leaves grow back. I have shared this plant with you before, but the flowers are always so striking, I never get tired of seeing them. 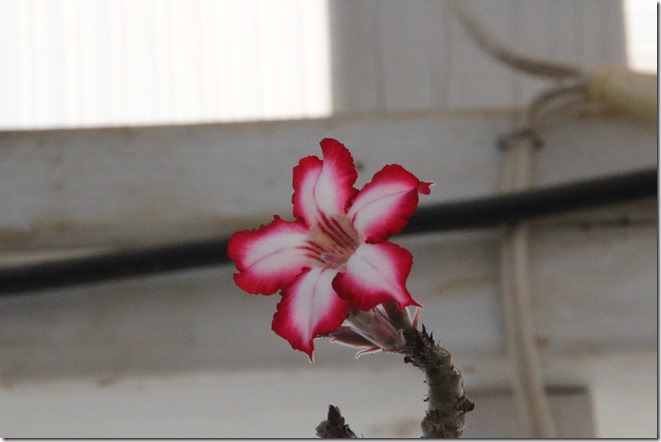 This little Aloinopsis aloides is supposed to be cold-hardy, but I could tell it was struggling, so I dug it up and potted it for the greenhouse. And it has bloomed more than once. 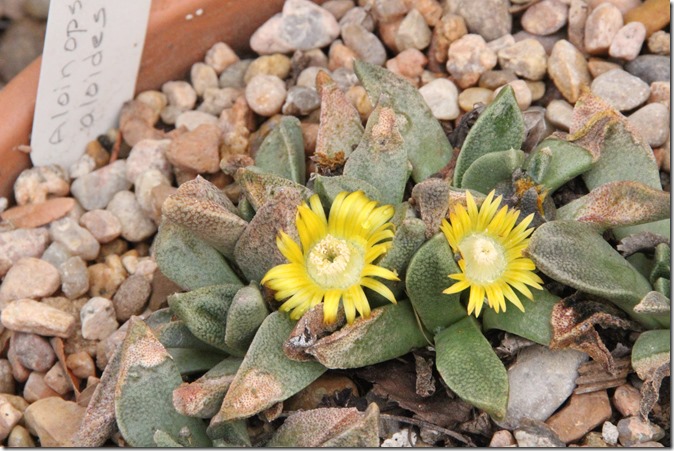 One Albuca  plant was blooming, so I know others will follow. 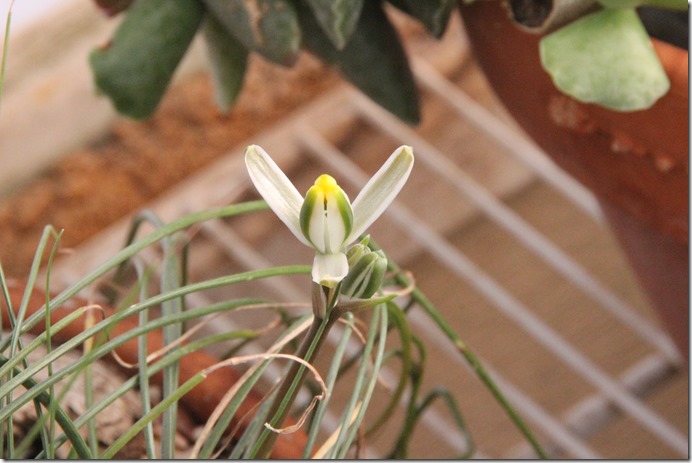 I have several crown of thorns,  Euphorbia millii,  blooming. This one has the largest blooms and stems. The blooms are a deeper pink when it blooms outside in the sunshine. E. millii does bloom off and on throughout the year; I have heard it called a forever flower, and I suspect that’s why. 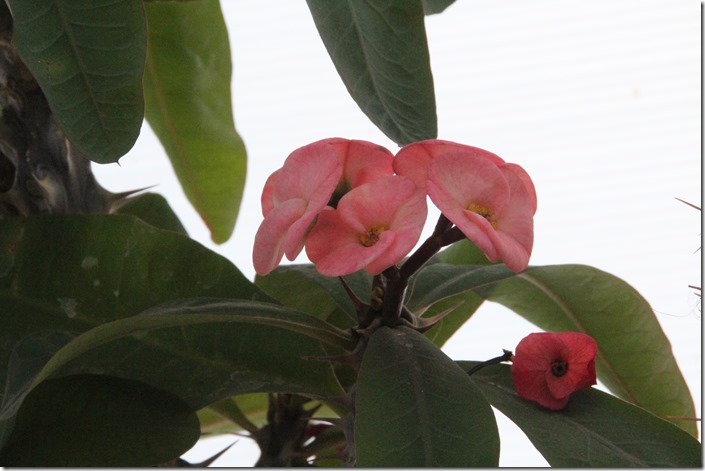 This is one of my smaller crown of thorns, and it blooms a small white flower, but a lot of them. 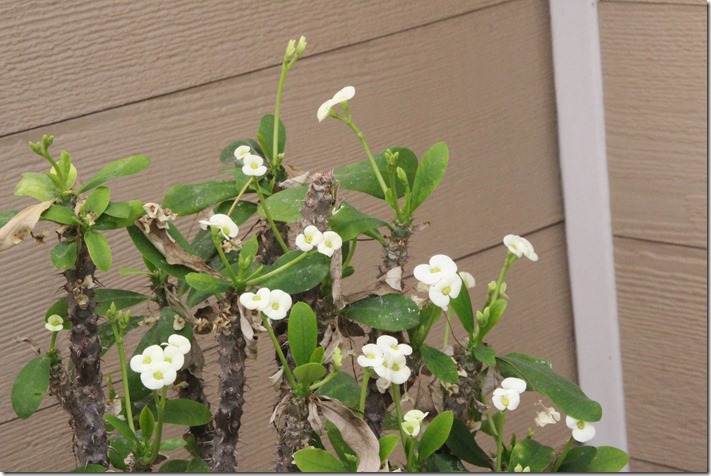 And here’s another crown of thorns, E. millii Rosy. These flowers are also a brighter red during warm weather when it is outside. 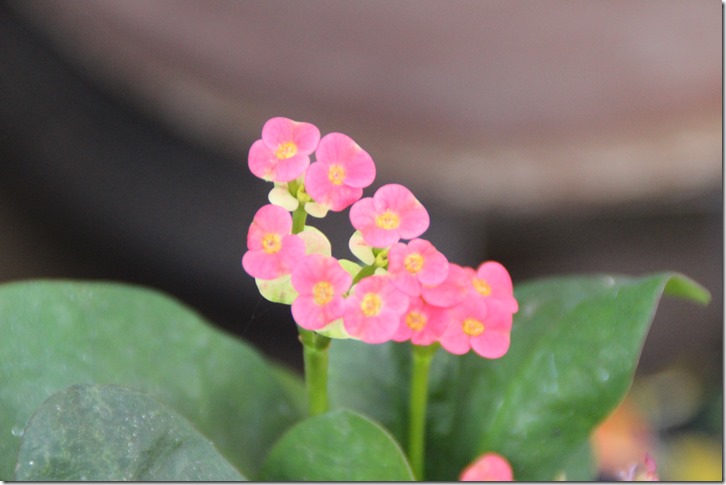 This E. millii is small and has brighter green leaves that are long and slender compared to the other varieties. I think this one is from Socotra. And again, in the summer when the plant is outside, the flowers show their pale pink and yellow color more. I have written about this one before, too, and the pictures in that story show the plant covered in flowers. 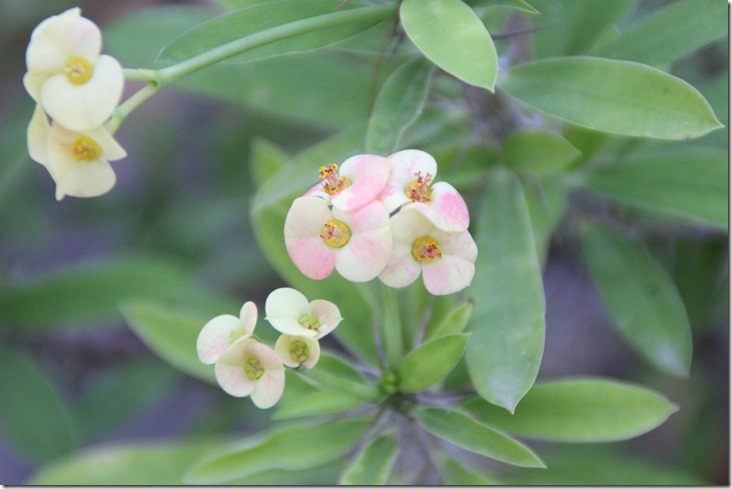 This Dorstenia foetida crispa’s flower isn’t showy, color-wise, but it is a rather unusual flower. 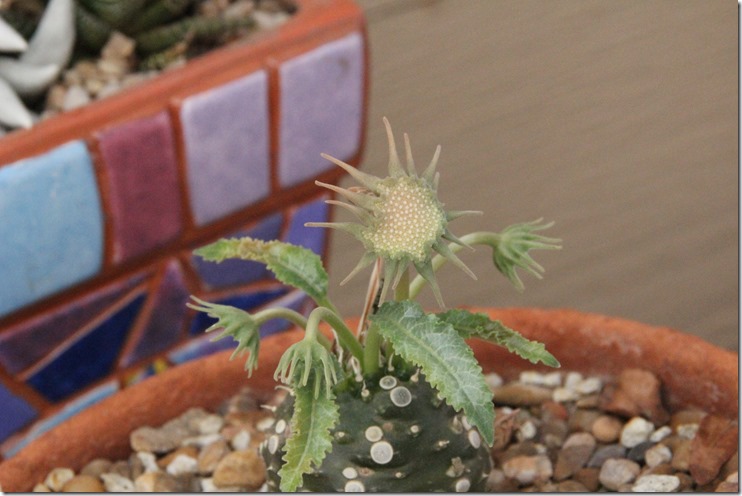 These little yellow flowers are on what I think is a pachyphytum and aren’t very large, but they are very delicate and pretty, just the same. 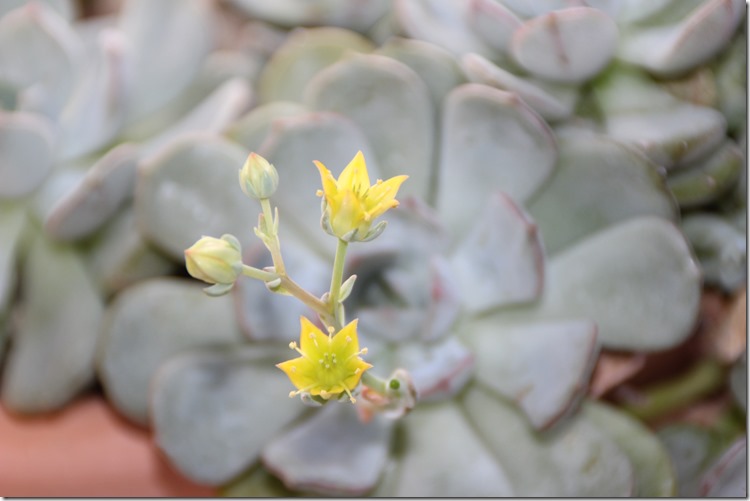 The flowers on my Dudleya pulverulenta certainly aren’t large, but there are many of them. I am just glad that it bloomed because that tells me it is happy. And I wasn’t sure a plant native to the Mediterranean climate of Southern California would be happy here, even getting winter protection in the greenhouse. 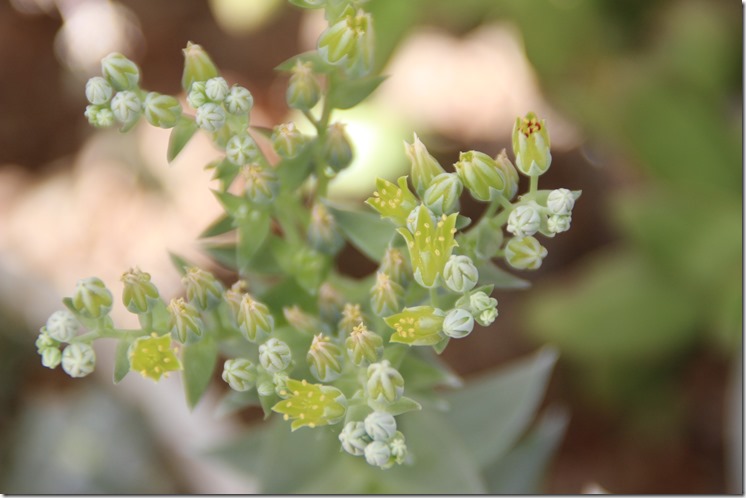 As usual, I had lots of help taking these pictures. 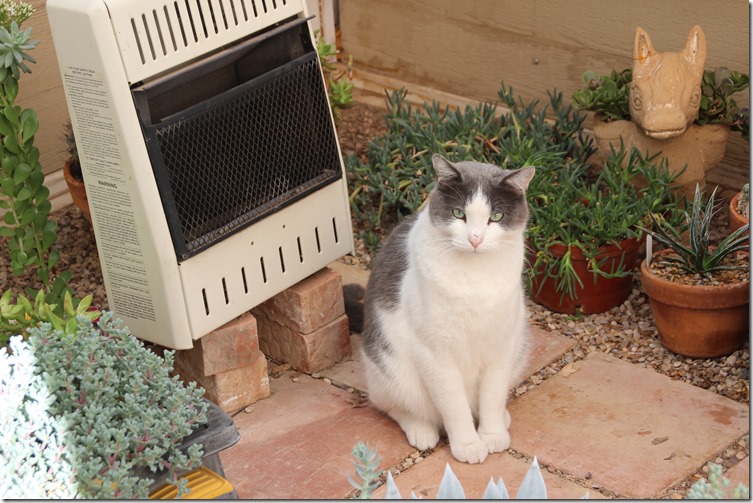 So the spring blooming season has begun. The weather just doesn’t know that yet.