I was Rewarded with Ariocarpus Blooms

I have written about my Ariocarpus before, but I had three plants bloom recently, one I had checked daily for a flower and two others that surprised me!

The species of Ariocarpus in general are native to South Texas, north and central Mexico, with different varieties found in specific parts of those regions. In Texas A. fissuratus  is indigenous to areas on the Rio Grande and other places in South Texas. They are one of the most endangered of species due to poachers wiping out entire colonies, digging up all the plants and leaving none to grow, flower, make seed, and reproduce in the wild. These poachers have no regard for the plants and don’t take care of them once they dig them up. Then they sell them for outlandish prices on the Internet, and the plants seldom live after they are purchased. I have nine different ones that have all been purchased from reputable cactus nurseries who have grown them from seed.

This A. fissurata  I had been watching closely as the wool in the center of the plant had gotten puffed up and really white, a good indication that a flower is on the way. This is an older fissurata that I have had since 2012. 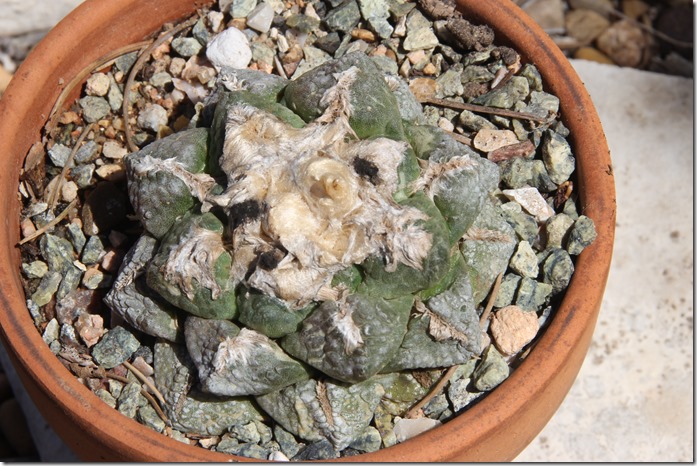 They are funny little plants; no matter how many times you check them, invariably the flower appears when you least expect it and is gone before you realize it has bloomed. This time I was able to catch this younger, smaller Ariocarpus fissurata texas  at just the right time. I purchased this one in 2018. 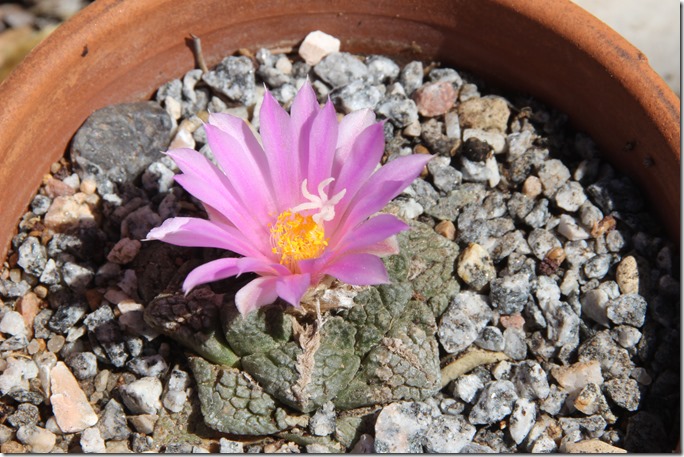 And then the next day the older one surprised me with these two flowers. 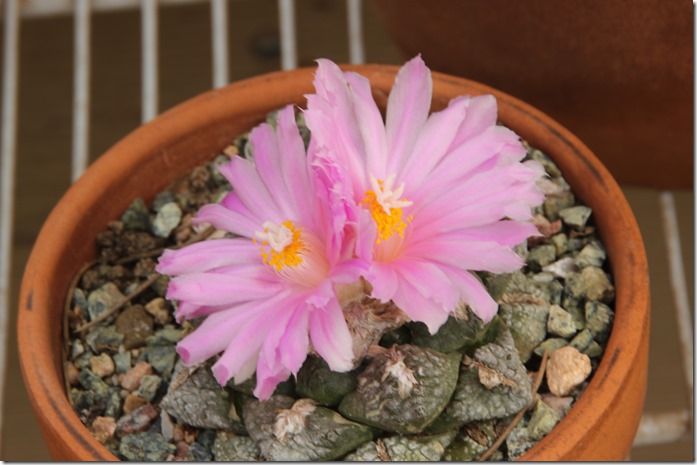 Then, as I was checking on the others, I realized the A. retusis v. scaphorostroides I bought in 2017 had a bud I guess I had overlooked! Or, as these plants are wont to do, the bud had popped up overnight unannounced. 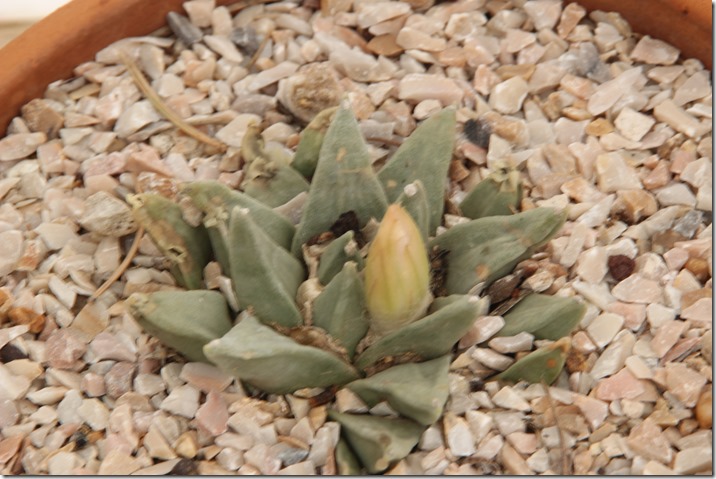 And then, sure enough, the next day it opened. 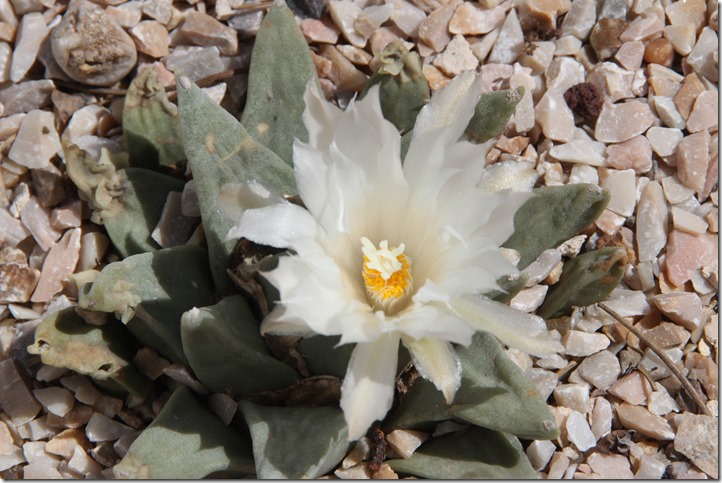 But then, totally out of thin air and completely unexpected, the A. bravoanus  also bought in 2018 bloomed. This is a smaller plant than the others, younger I suspect. Patience is the key with ariocarpus; they are very slow growers, another reason the poaching has taken its toll. 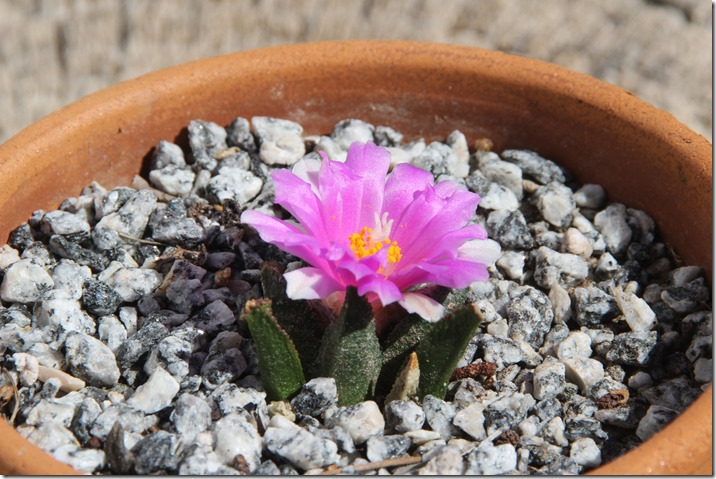 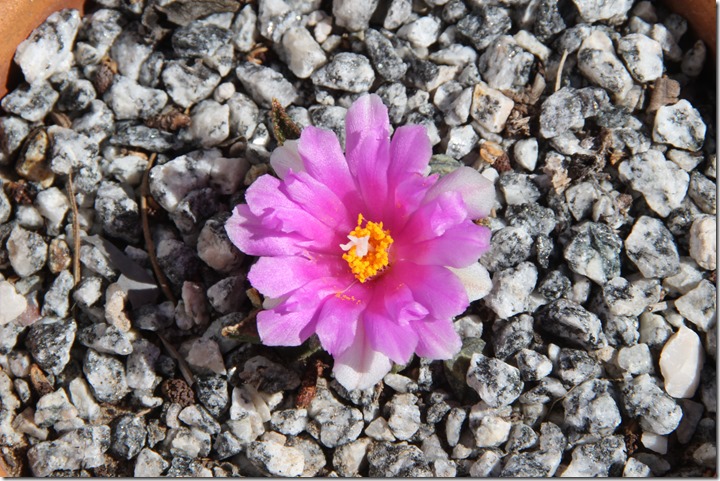 They are a delight to have in the collection. The plant itself is not always pretty, to some people, anyway, but the flowers more than make up for that. I highly recommend them. 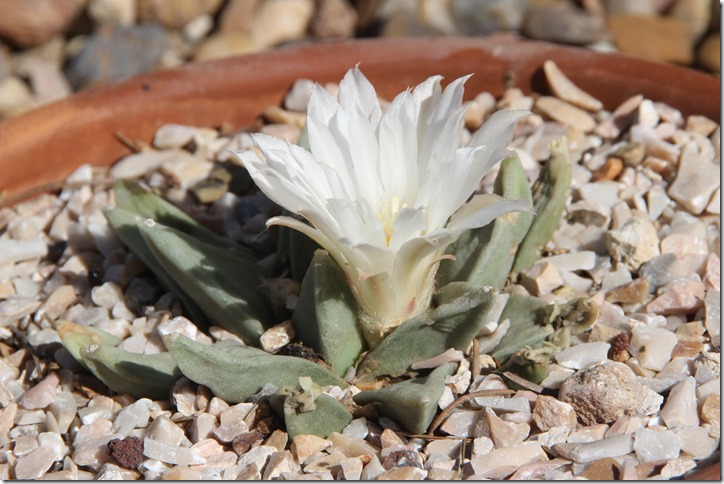 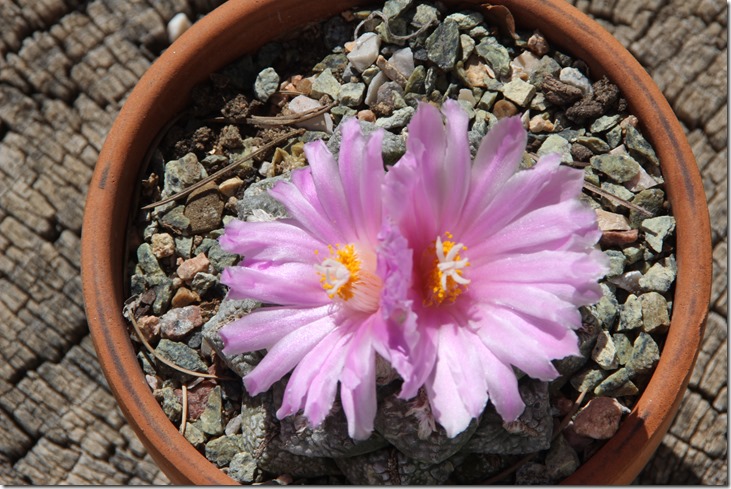 But be really, really careful if you buy online. A blog about what to look for to make informed purchases will be coming. I hope you check it out and take the things to look for under consideration.