Don’t Give Up on Your Ice Plant After Winter

Delosperma, commonly called ice plant, is popular for its mass of flowers throughout the warm months. During the winter, however, it leaves something to be desired. The flowers go away, the stems turn woody, and it looks pretty much dead. 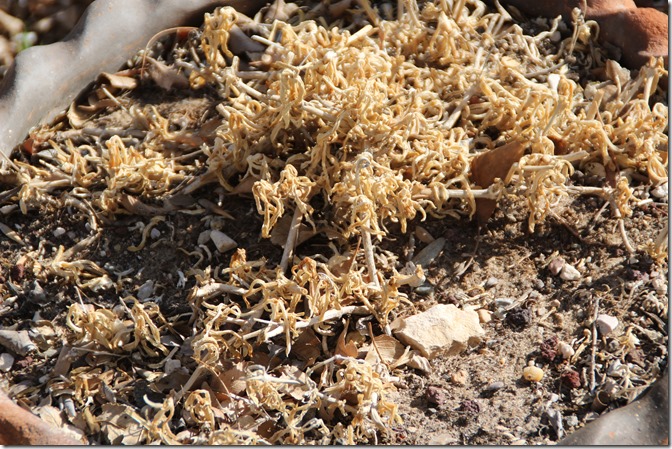 But wait! Don’t just pull it up and start over. When it starts to warm up, around the end of April, first of May here in Muleshoe, green leaves mysteriously begin to appear. I know it looks like a mess, but have faith. It will come back. 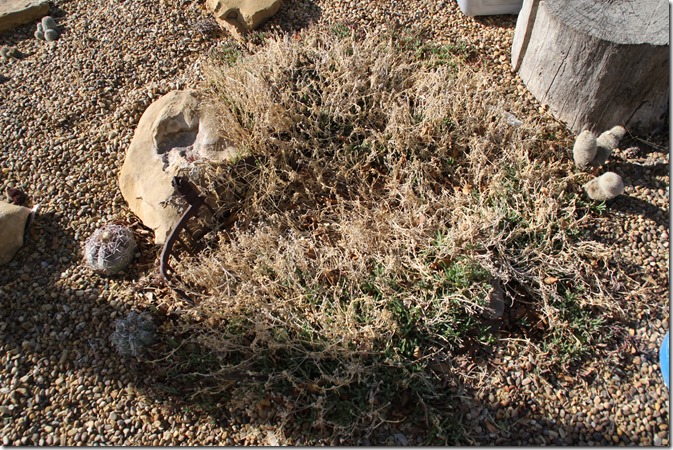 If you look carefully, you will see that the woody stem comes to life and starts to green up again. 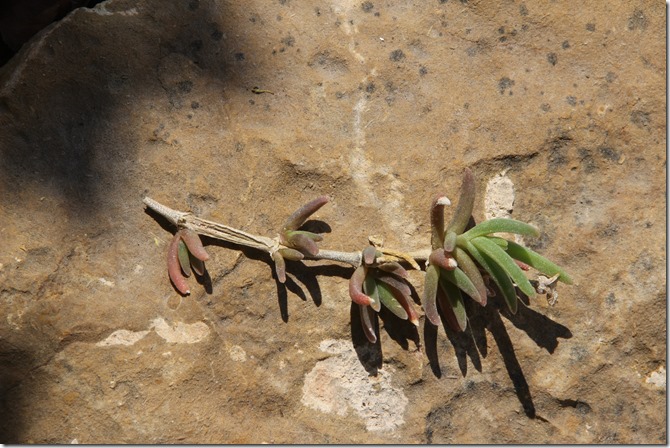 As it begins to green up and the truly dead ends are obvious, I will sit down and trim off the tried-out ends of the stems to speed up the process. But if you do that, be careful to look for new growth coming out of the woody stem because it is easy to wind up cutting off live parts of the plant. I did trim part of this bunch, but kept coming across live pieces, so I quit. 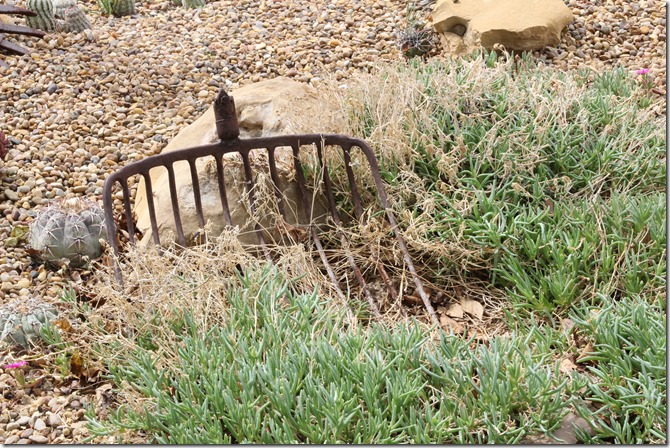 Today is May 27, and this is what it looks like now. Nice and green with flowers beginning to show up.  Delosperma is widely used as a ground cover, and it is definitely covering ground here, including the rusty piece of hardscape that I repositioned. Just remember that when you plant it and put it some place where a ground cover is desirable. It have more flowers as the summer continues. 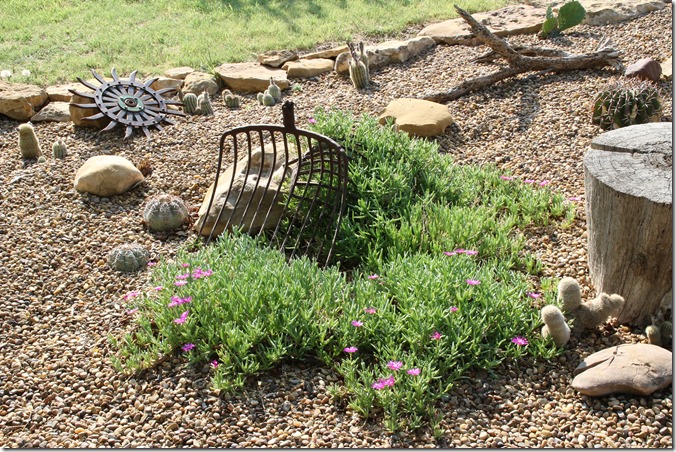 Keep in mind there are some varieties of delosperma that aren’t cold-hardy and some that actually stay green through the winter and start to bloom and look pretty without going through the dead-looking stage, like this one. 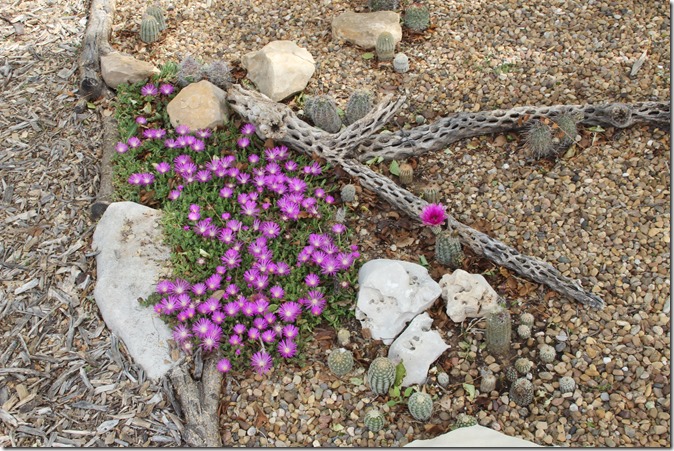 Several mini varieties are now available and while they are cold-hardy, they do turn brown and dead-looking during the winter but come back with color quickly. The smaller-leafed varieties won’t cover as large an area as the more traditional, older varieties, but they are still pretty and add a nice touch to the garden. They can work in a dish garden if you keep them trimmed and under control. 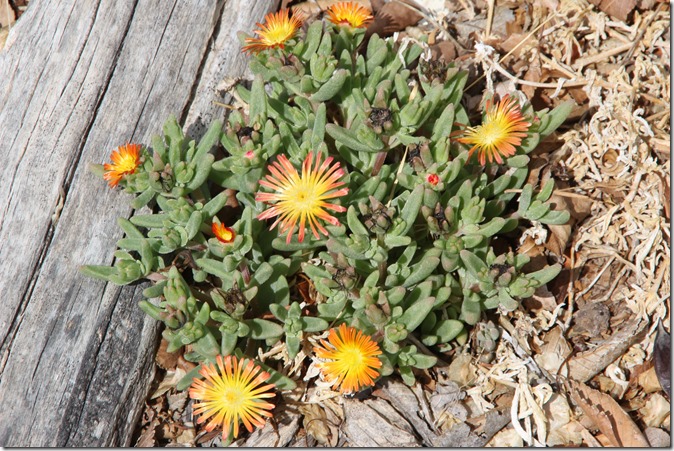 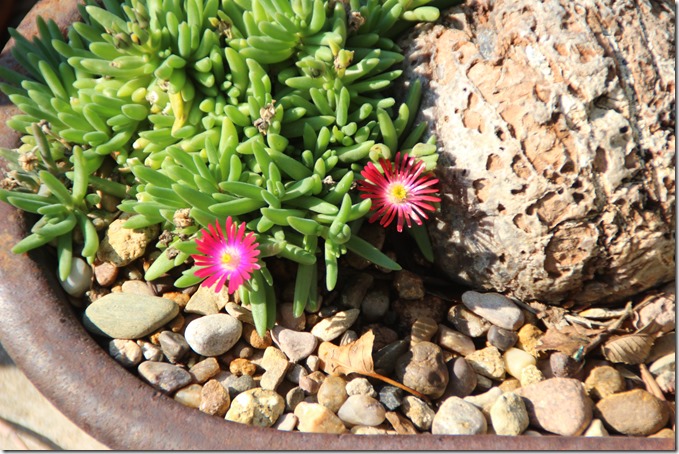 This is the second year for this pale pink variety, and I wasn’t sure if it would make it through the winter, but sure enough, it did. 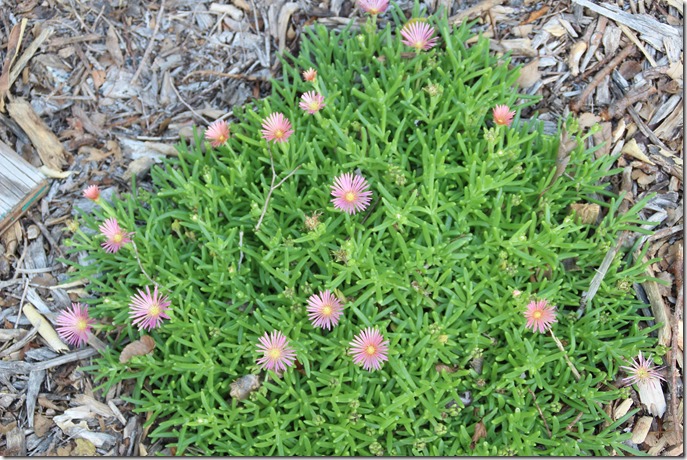 This variety of ice plant doesn’t turn brown in the winter, but actually turns purple from the cold and then blooms yellow flowers only in the spring. Most other varieties bloom all summer. 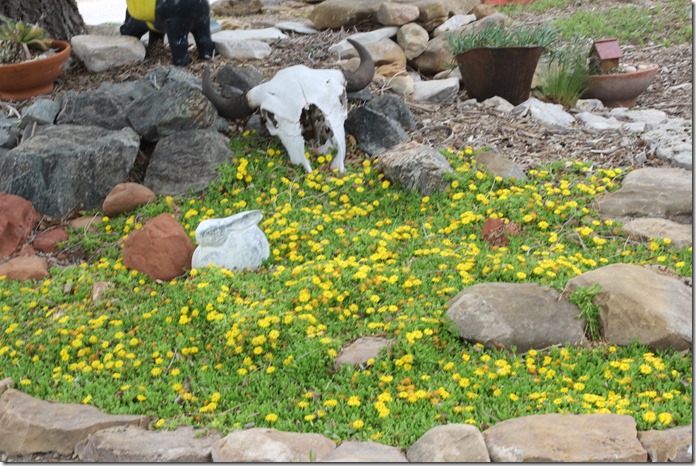 I have discovered through trial and error that some varieties always make it through the winter, some never make it through, and some come and go depending on the severity and dryness of the cold months and where they are planted. But they add color to your garden, come in many colors, and are worth adding to your collection. 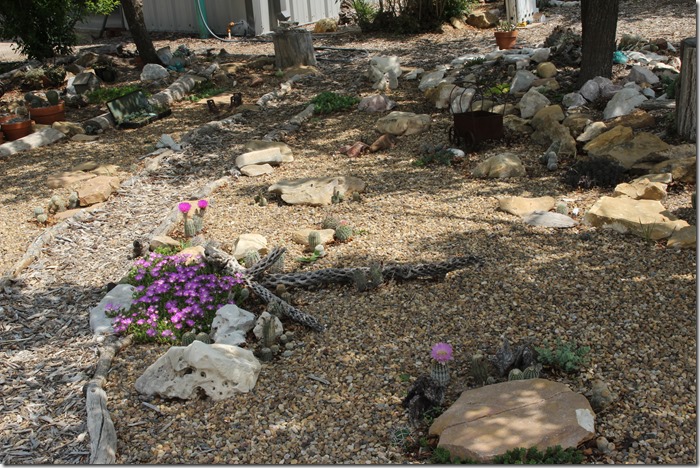