This is How to Really Protect Your Agaves

I  have an Agave Ovatafolia, commonly referred to as a whale’s tongue agave, that I bought in Austin at least ten years ago. I was told it was cold-hardy, so I planted it in the cactus bed, and for the first three or so years didn’t bother to give it any protection from freezes. It grew, or maybe I should say survived, but I could tell it really wasn’t very happy with our winters. So I started covering it when the weather turned bad, and that was the right thing to do. It has gotten so big that now it is hard to just throw a blanket over it for good protection in freezing weather. Last year Bill went to the trouble to build a frame around it that we covered in plastic and pulled a tarp over the top when freezes were predicted. That was better protection for the plant.

For some reason, I didn’t take a picture of the frame with the plastic around it, but this allows you to see the size of the agave. The sides were covered with sheets of plastic and a blue tarp was pulled over the top and anchored with spring clamps. 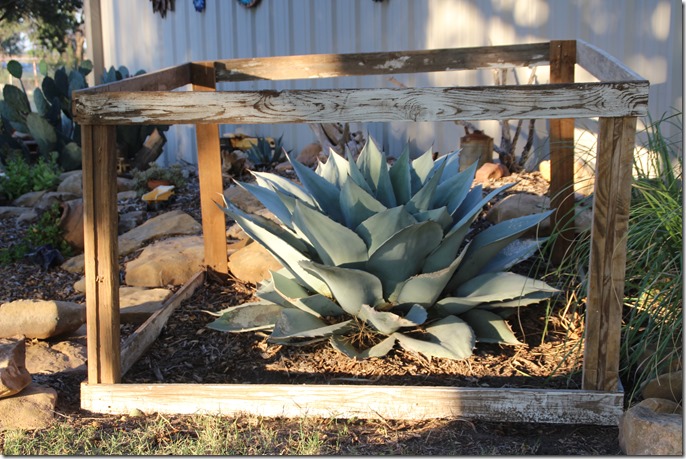 Now, a little background before I get to this year’s winter protection. This year we had to replace the opaque solar panels that served as skylights on the barn. They were damaged in the hail storm in May and started leaking. And since plants also go in that side of the barn in winter and need that sunlight, we replaced them with clear corrugated polycarbonate panels. The old ones we stacked outside to be disposed of later.

So when it came time to put the frame around the agave this year, and we had those old panels that were taken down, Bill decided they could be cut up and would make a better buffer of the cold than flimsy sheets of thin plastic. We positioned the frame around the plant, secured the sections, attached the tarp to a piece of PVC pipe so I could roll it over the top, and Bingo! A little house of sorts for the ovatafolia! 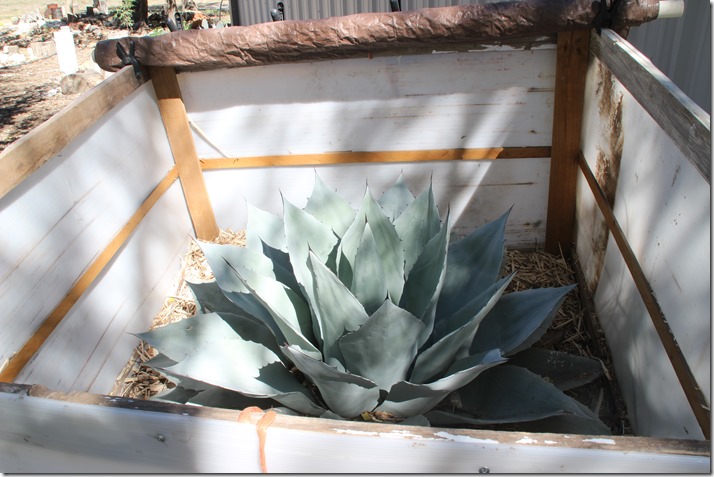 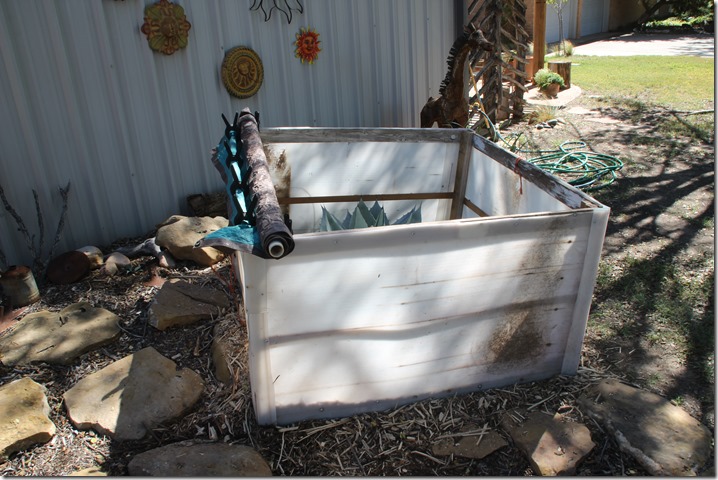 When the tarp is rolled out on top, this is what it looks like. All bases are covered. 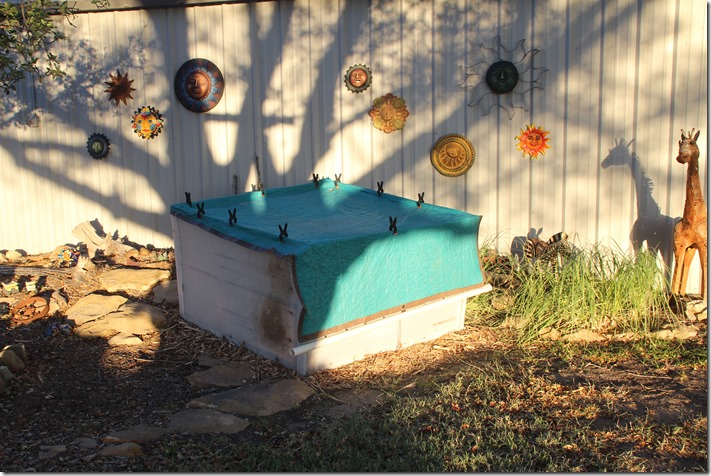 Now, it just so happens that I made the mistake of bringing another agave home from the Hill Country that I was told would be cold hardy, but definitely isn’t in our winters, a Salmiana v. feox, also known as a Maguey Green Goblet. I found it interesting that one website listed it as growing well in Kingsland, Texas, the very location I brought it home from. It is a really nice dark green agave with darker horizontal stripes on the leaves and nice teeth along the edges of the leaves. It may be cold-hardy in Kingsland, but like the ovatafolia, not so impervious to our hard cold spells. The last two years it has suffered too much freeze damage to its lower leaves which were not covered well when the wind blew and got to them. So it was decided it needed its own box, too. We had plenty of the old panels to cut up, so Bill went to work. The orange twine across the top is to hold the frame down in high wind. After one of our wind storms last year, the ovatafolia box was turned over on its side completely off the agave! Bill anchored it in a different way. 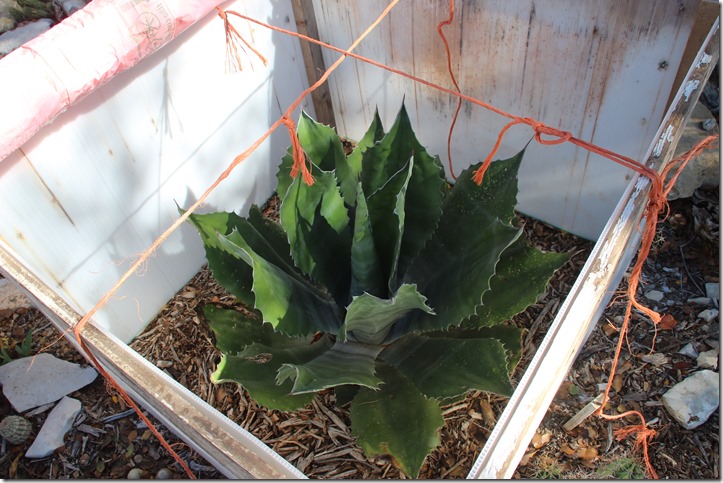 You might notice a beige storage container turned upside down next to the agave box. Underneath is a Ferocactus wislizenii f. flavispina native to Arizona that I don’t trust to be cold hardy here, and so far that container is larger enough to serve as its winter box. 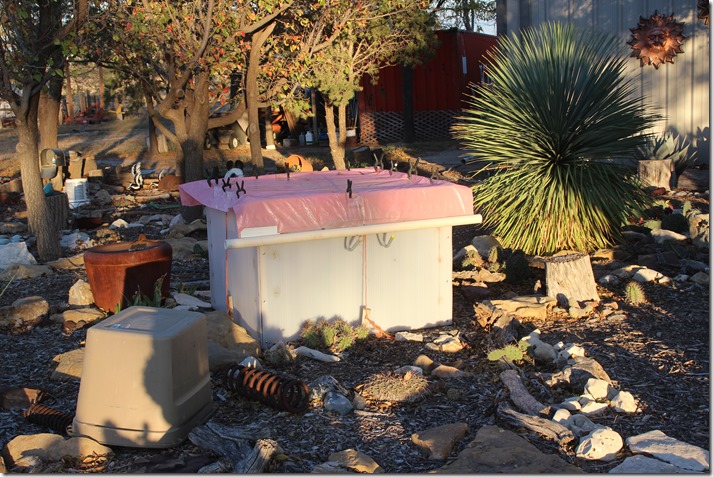 The lesson in all of this is that you have to listen to your plants and not the experts sometimes. It all depends on your climate, and you know that climate better than they do.

So if you have agaves that need protection and a husband who is handy, these boxes are a good way to go. Next year I suspect both agaves will respond to their TLC and grow enough that the boxes will have to be enlarged.