Remember that lovely hail storm we had on May 1st this year? We lost some windows and a skylight; Bill fixed the skylight, but we filed the claim with our insurance company and then met with four different window companies before choosing Woodbridge to replace the windows. Supply chains and demand being what they are these days, it was then sit around and impatiently wait for the windows to be made.

In the meantime, Porche, the ten year-old Lab/Pit Bull cross Colten rescued and blessed us with, came down with a worn-out knee and started hopping around on three legs. Off to the vet we went, first here and then to a referred specialist in Lubbock, where it was determined she needed surgery, the same TPLO surgery Mari, the three-legged Staffordshire Bull Terrier Colten rescued and also blessed us with, had to have on her one back leg when it went bad.

And I don’t say blessed us with these dogs sarcastically; they are valued members of the family.

Porche’s surgery was scheduled for July 11th. She came home to intensive care on July 12th. We moved some things around, made beds for her in more than one room, and gave her constant attention.

Then our old, usually dependable forty-plus years old refrigerator quit working on July 14. We emptied it, and Bill loaded it up and took it to Jack to be repaired, leaving a gaping hole in the kitchen. Thank goodness we had two extra refrigerators in the garage that were humming right along, so except for the full, untouched, expensive half-gallon container of Blue Bell ice cream that thawed out, we lost no food. Sure hated to toss that ice cream, though!

Then on July 16th we were notified that window installers would be here July 18th with the new windows. So we spent part of the weekend moving furniture away from the windows and vacuuming the dust bunnies that had accumulated from years of not being able to get behind each piece of furniture, took pictures off the wall around the windows, and just put things away that would be in the way for the installation. Furniture was collected in the middle of the living room, in my walk-in closet, or on the other side of each room away from the windows. Levolor blinds that had to come down were laying around willy-nilly. Between the empty refrigerator space in the kitchen, dog beds everywhere, and furniture all out of place, the house was a mess! We were making untold numbers of trips back and forth to the outside refrigerators, taking Porche on potty break trips outside and icing her leg, and maneuvering around everything that was out of place.

But then magically on July 18th Jack called that the refrigerator was ready, Roy Smith and Prince Dawkins arrived at 10 am to install the windows, and Porche’s leg was no longer swollen and red.

Bill re-installed the refrigerator, we gradually moved food from the temporary garage ice box back into the revitalized and freshly cleaned  one, Roy and Prince finished all the windows, left their work areas spotless, were on their way home by 7 pm, and Porche was taking five minute walks outside. 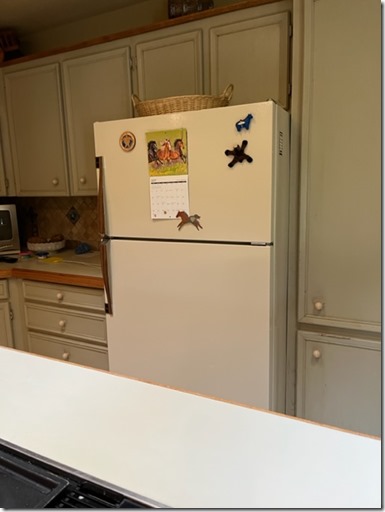 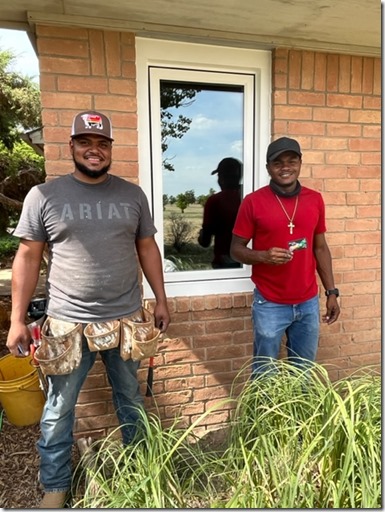 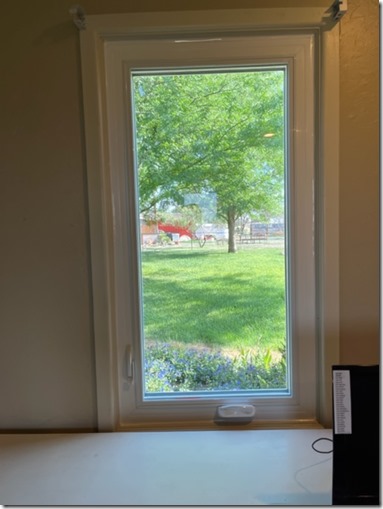 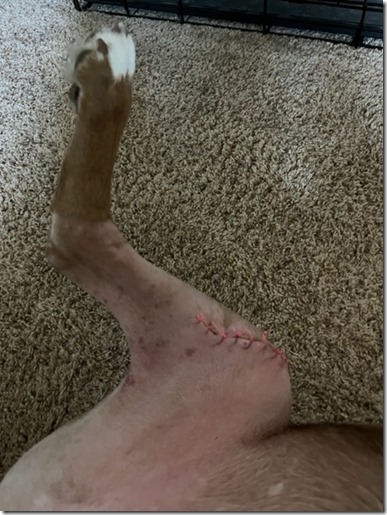 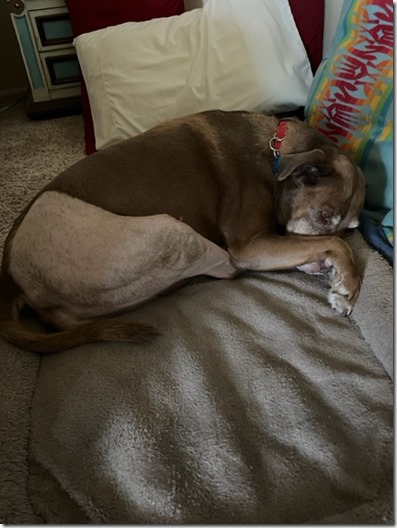 The refrigerator is clean and cold, the windows are neat and sparkling, Porche is restful and recovering.

All is well, all at the same time.