A Visit to the Lavender Farm

The Lavender Farm in Shallowater had their seasonal grand opening June 25th, so Sheila and I decided to take a road trip to see rows of lavender without having to travel to the Mediterranean. And when I say road trip, it was more like a scavenger hunt because the map on the Internet had it marked in the middle of town! We finally found it, and it turns out some other people went on the same wild goose chase, proving I had not lost my mind trying to find the farm across from the high school like the map first showed. 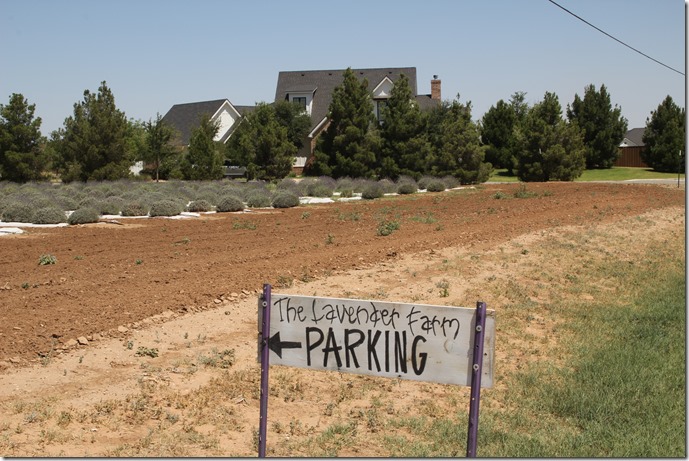 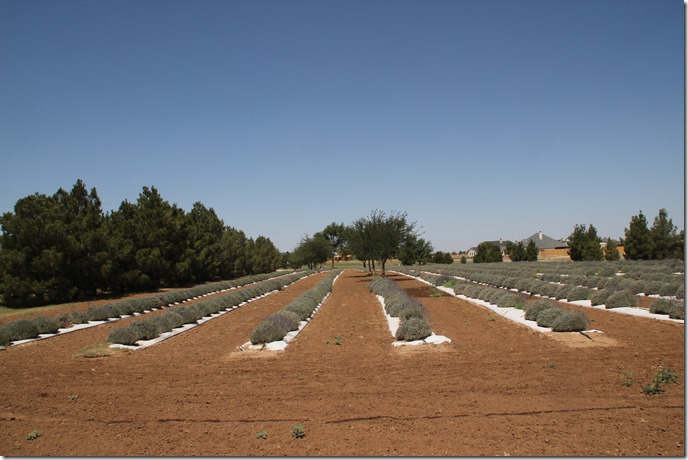 The Lavender Farm started in April of 2019 after Ray and Nanette Hill visited some lavender farms in Washington and Oregon. They were intrigued, and after a couple of years of study and travel visiting farms in the Northwest,  the decision was made. They had been renting in Legacy Ranch when Ray’s job moved them to Houston and later back to Lubbock. They bought a thirty acre homestead on the edge of Legacy Ranch in 2015, renovated the house and garage, got the infrastructure established, bought their plants from Victor’s Lavender Farm in Sequim, Washington, and now, three years later, two and a half of those acres are happily growing a variety of lavender plants.

Growing in rows are 3500 Grosso lavender plants, a cross between English and Portuguese lavender which, according to Ray, is the highest yielding essential oil plant in the world. So that’s why the majority of their plants are this hybrid cross. In other plots Provence is grown to make the dried bundles; Melissa is used in the shortbread cookies, and Royal Velvet is in their lavender-flavored lemonade.

Lavender grows well here since it does like to be a bit dry. Ray said the easiest way to kill lavender is to overwater it. He uses a drip watering system and even in this drought only waters twice every two weeks. No fertilizer is needed.

Plants grow to be 40-48 inches tall and don’t reach maturity until they are five years old. They live 8-12 years in this area before they have to be replaced. He said the plants bloom once a year, usually in June, and normally the harvest would be over by now, but with the drought and constant wind, the plants are just now coming into bloom. Ray went on to say that the drought and no rain to clean the plants, the dusty wind has coated the plants with dirt which has hurt them as much as anything else. He washed several clumps so they would look nice for the afternoon visitors. 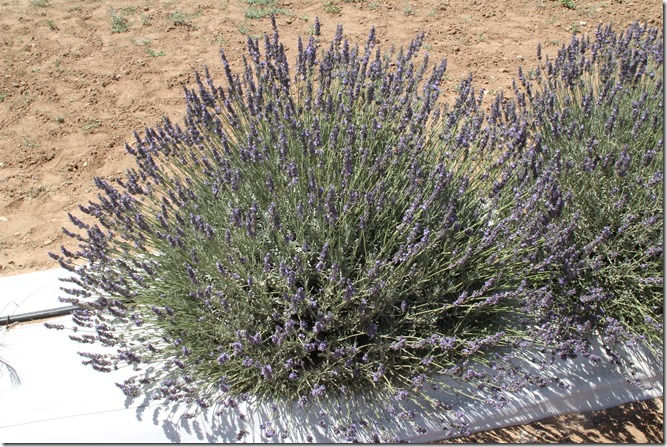 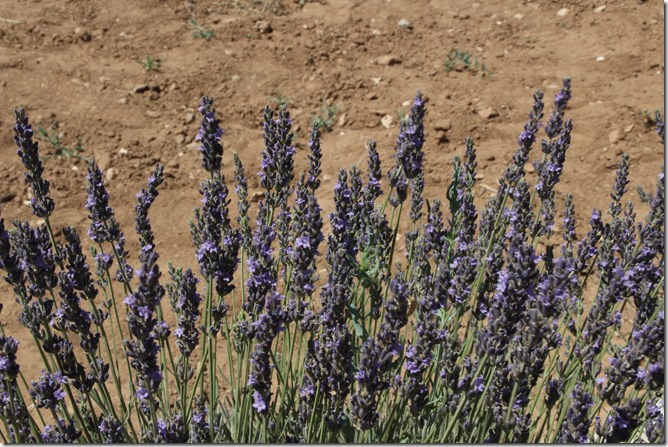 When the lavender is in full bloom, it takes a week to harvest, all by hand, by about fifteen workers who put all the stems picked into bundles, 225 to 300 stems per bundle. Each plant will yield 6 to 8 bundles. Last year’s crop produced 15, 000 bundles, a good year for a second year of production. Some of those are tied into smaller bundles and sold as fresh dried lavender. Some bundles are put in a bag and manhandled by Ray to separate the flowers from the stems and those flowers are bagged into small sachets. 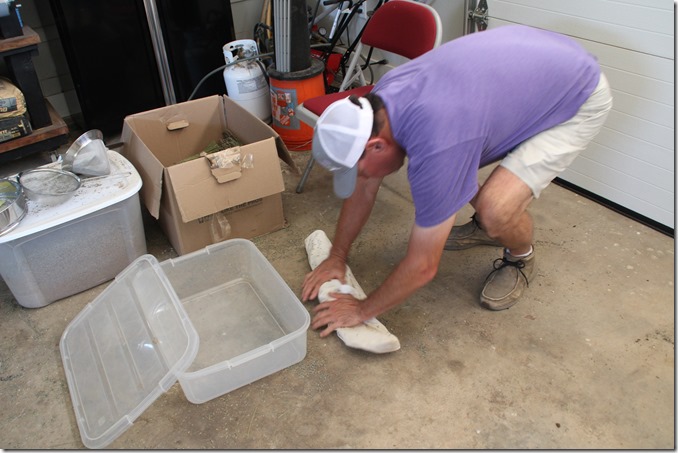 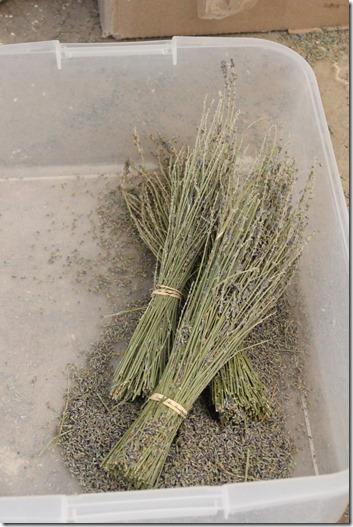 The rest of the lavender is cut from the stems and goes through the distilling process for their essential oil. 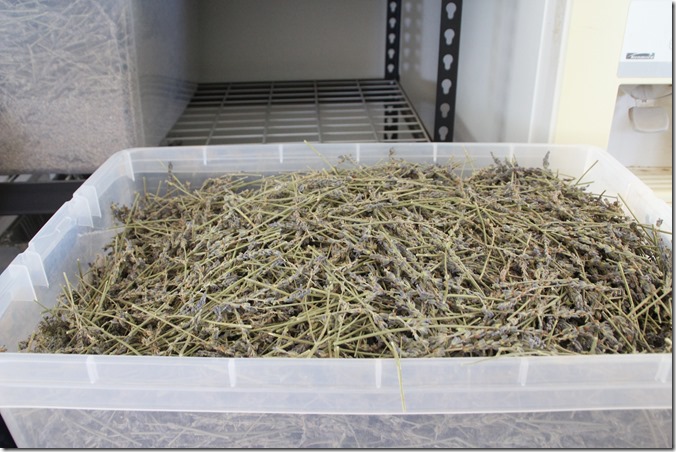 The converted two-car garage is where the harvested lavender is stored and processed. Fifteen gallons of water are heated in the copper distiller, the flowers are added, and steam created from the distilling process drips into the smaller copper container where the essential oil, the gold of the farm, as Ray put it, is collected. 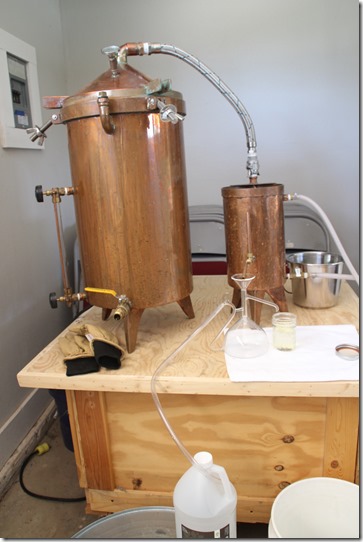 Hydrosol is the water left over after the distilling process, pure and organic, and it is used to make linen spray to freshen bed linens and encourage sleep.

The essential oil is then used to make soaps, lotion, and body cream they mix on the farm. Sachets, wool dryer balls, fresh and dried lavender bundles are also made from the lavender. The cookies and candles are made elsewhere, but use the farm’s essential oils. Bottles of the pure lavender essential oil can also be purchased from the farm. Products can be found online at their website www.thelavenderfarmtexas.com .

On this day of the grand opening, tents were set up with the farm’s lavender products for sale, River Smith’s food truck was on hand for lunch, corn hole games were set up for the kids, a petting zoo with lambs was available, and rows and rows of lavender were there for inspection and picture-taking. 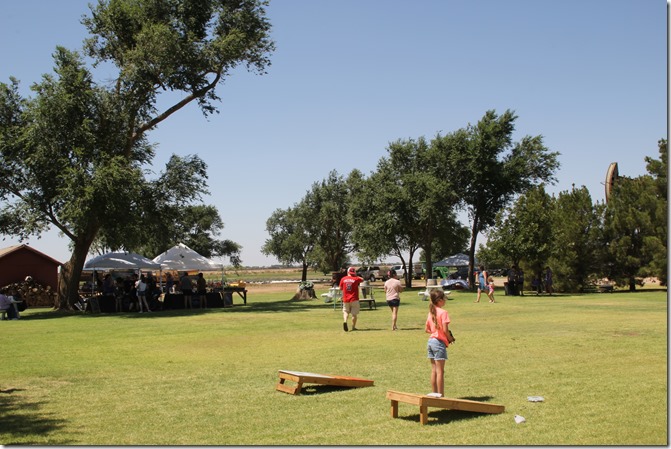 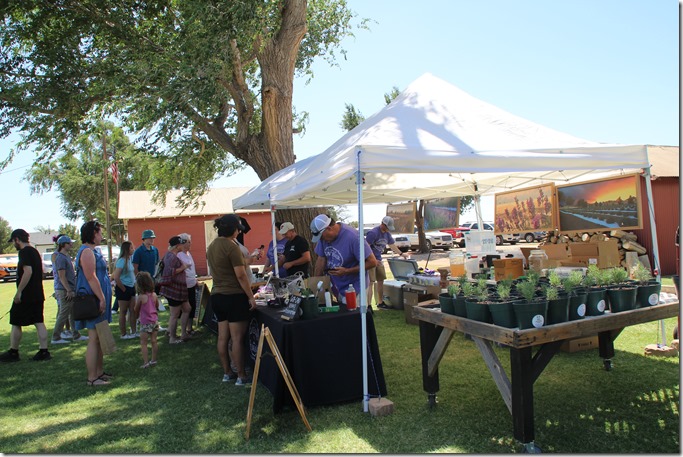 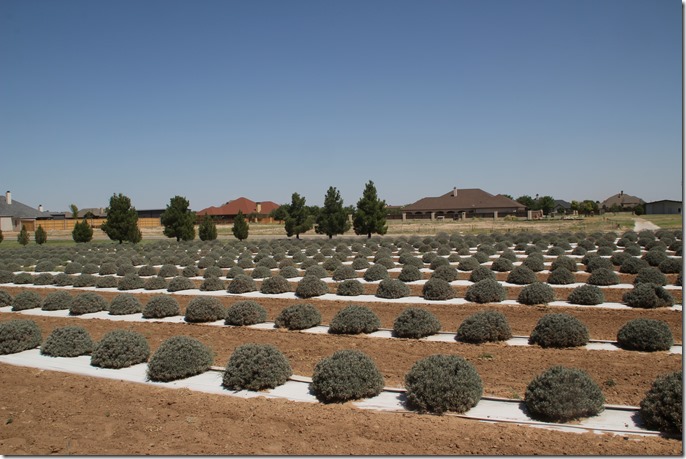 Ray sells lavender bedding plants also grown by Victor Gonzales in Washington and enjoys hearing from customers how the plants are doing. And they do well here, as mentioned earlier, because they like to stay on the dry side and can survive our winters, 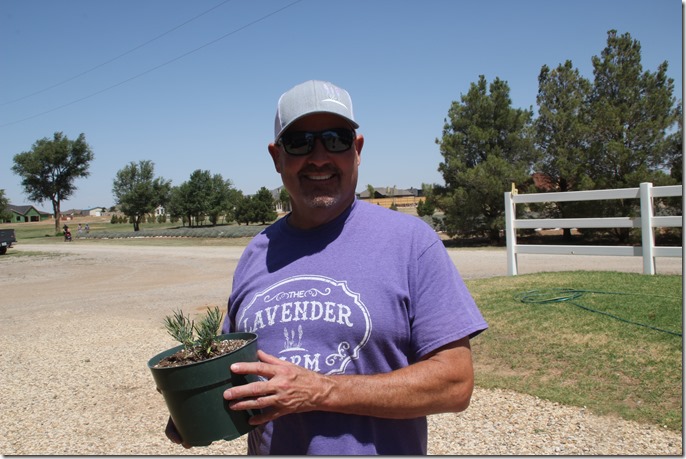 Ray said this year’s harvest will begin Saturday, July 9th, a bit later than usual, but they are geared up and ready to go.

And if you are a fan of lavender and missed this year’s event, they’ll be ready for you next year. Just don’t go looking for the farm in downtown Shallowater…

Thanks to Ray Hill for explaining the ins and outs of lavender farming to me.