Did You Watch the Moon Eclipse?

We had a lunar eclipse Sunday, May 15, a blood moon eclipse.  It is called that because the moon is supposed to turn red.

An eclipse, as I suspect you already know, is when the earth comes between the moon and sun, blocking direct sunlight from reaching the moon. During a total lunar eclipse, the sunlight is scattered by Earth’s atmosphere and reflected off the moon’s surface, and this is what makes the moon look red. It is the light from the earth’s sunrises and sunsets falling on the surface of the moon.

This was the first picture I took that night before anything happened. 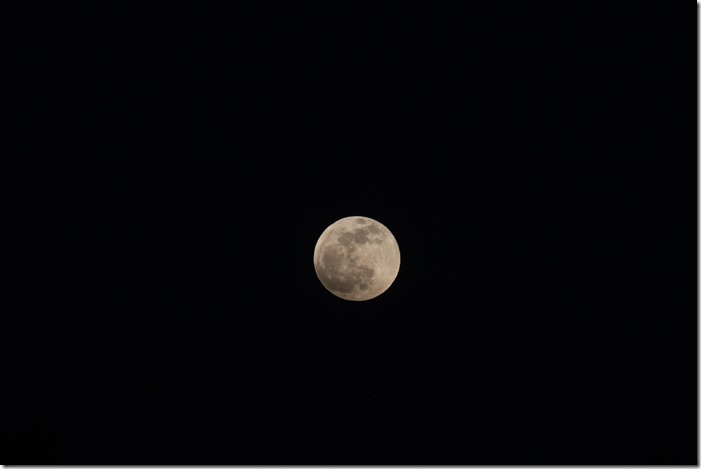 As the eclipse started, the moon didn’t turn very red, but there was an aura of red around it that I could not capture in my picture. But, then, the moon wasn’t snow white, either. 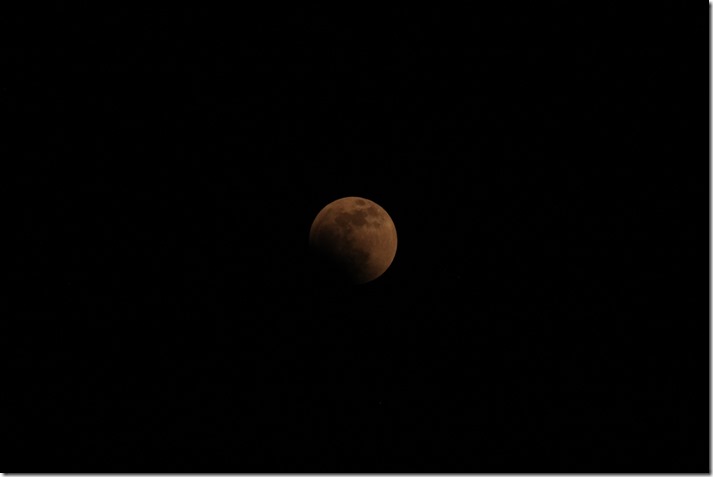 As this was all happening, the night turned very dark and cold! I understand the darkness, but not the cold. I guess even at night perhaps we get a little of the sun’s heat, and with the eclipse that heat is blocked, so it gets a bit colder. I even wrapped up in my lawn chair that I had pulled out to watch from. But these things move slowly, and what with the cold, I’ll admit I went into the house and would come back out about every fifteen minutes or so to see what progress had been made.

This was the last picture I took before it got so dark I couldn’t even find the moon up in the sky to take another picture! I could barely see it, but my photography skills were not good enough to get an image, so I gave up. In fact, I couldn’t even find the moon looking through the viewfinder on my camera, the sky and moon were so dark.  But the sliver of the moon I could see with my naked eye was actually reddish. 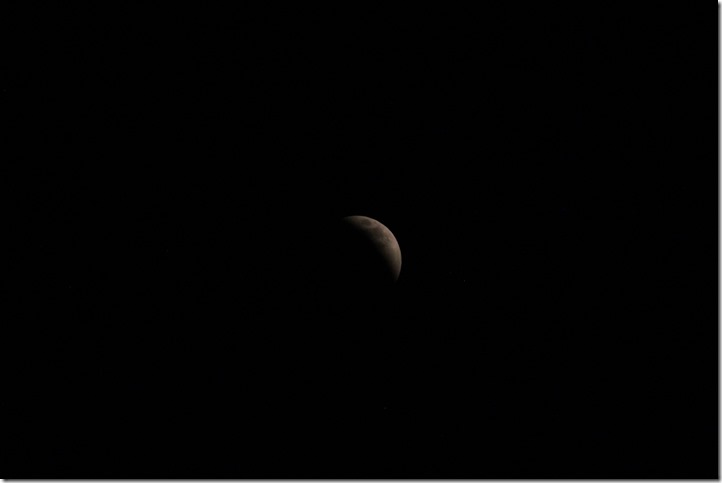 I think it was around 11:30, maybe later,  when I came back out and saw this. The eclipse was just about half-way over. And the last picture I took around 12:30, I believe it was, looked just about the same. By then I was ready to call it a night and didn’t go back out to see when the moon was completely visible again. 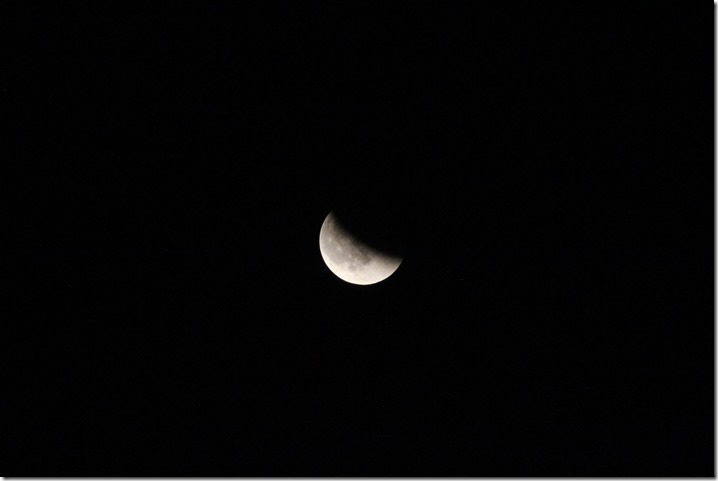 But it was fun to watch. When these things happen, they are not always visible to us, so it was nice to see this one.

I don’t remember when the next lunar eclipse is supposed to come around, but until then I will just be content to anticipate a full moon every month and enjoy them as they come.

I am fascinated with the moon and have written two other blogs about the moon, one of God’s best ideas. If you would like to read them, they are “The Moon is Amazing,” August 14, 2012, where  you might notice my night  photography is a little better now, and “The Blue Moon,” August 31, 2012, where I borrowed someone else’s image, but gave them credit for it.