Faucaria tigrina, commonly called Tiger Jaws, is a lovely little succulent plant  that is blooming now. The blooms open mid-day and evening for two or three days before they are spent. Look closely and you can see tips on the leaves shaped like teeth, which is why the plant is commonly referred to as tiger jaws. 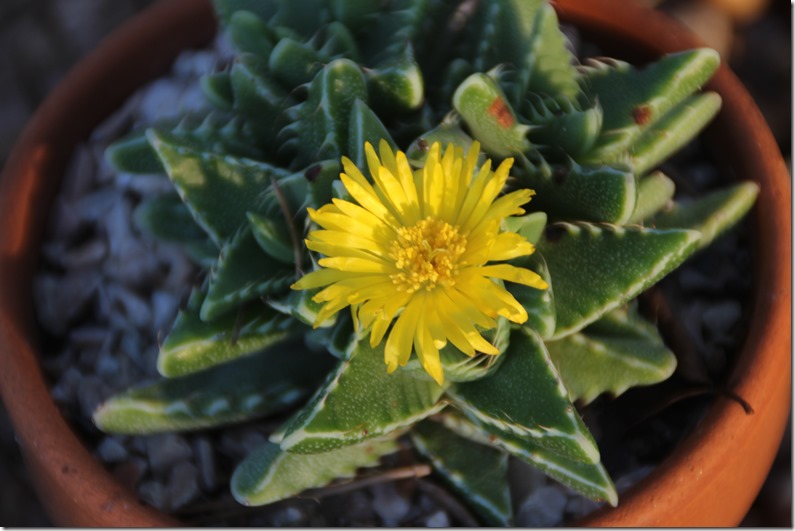 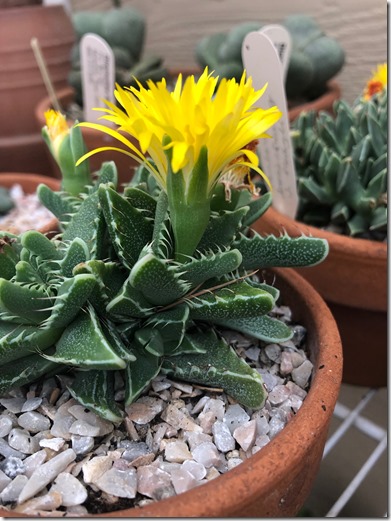 I have another plant labeled F. tigrina with the same pretty yellow flowers with just a hint of teeth, but bumps on the leaves instead. I don’t know if I have that one mislabeled or it is simply a variation within the species, which does happen. 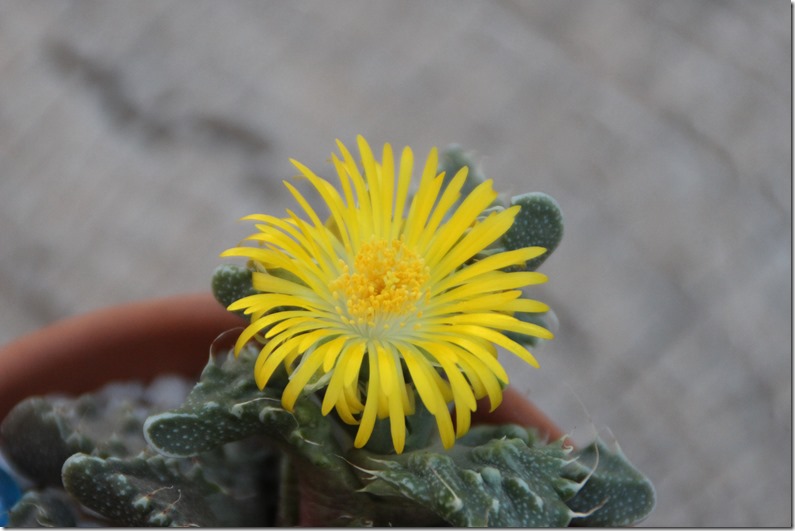 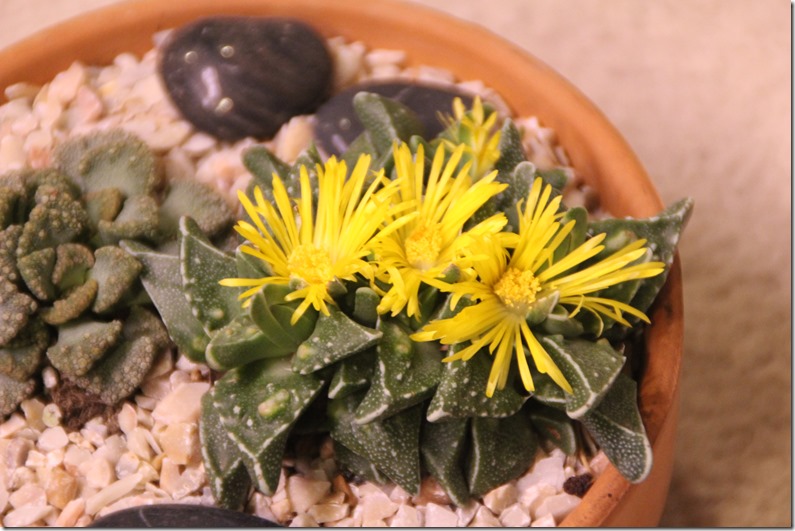 I also have a  Faucaria bosscheana v. haagii  with smaller, more compact, smoother leaves that are a different shade of green,  but the same yellow flowers. Most faucarias will have yellow flowers, but a few might have white, and even sometimes pink flowers. I have never seen anything but yellow. The yellow stands out and makes a nice statement among my pots. 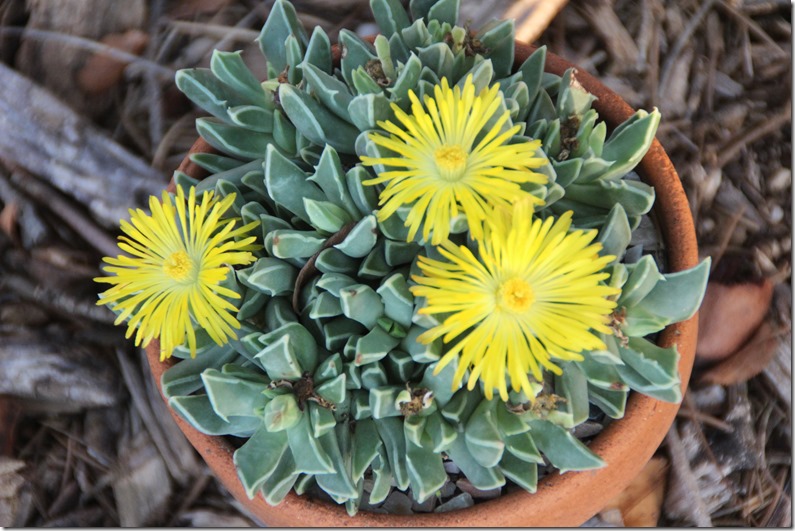 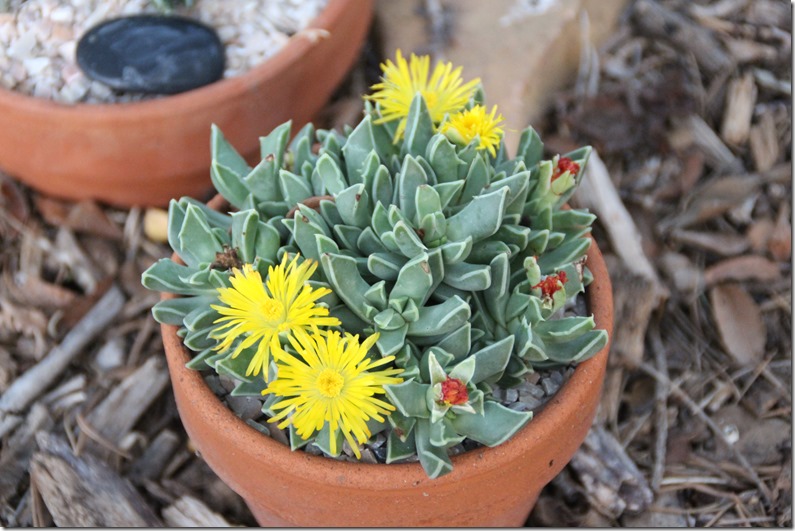 These little plants are native to Africa, found in South Africa, the Eastern Cape, and Karoo Desert but seem to do well here. They may be considered cold hardy in some places, but I bring mine in for the winter. Their name comes from Latin fauces, which means animal mouth. They do open late in the day, but if they are in shade or it’s a cloudy day, they won’t. Even though they are opening as light fades, they have to have that sunlight to initiate the opening of the buds. 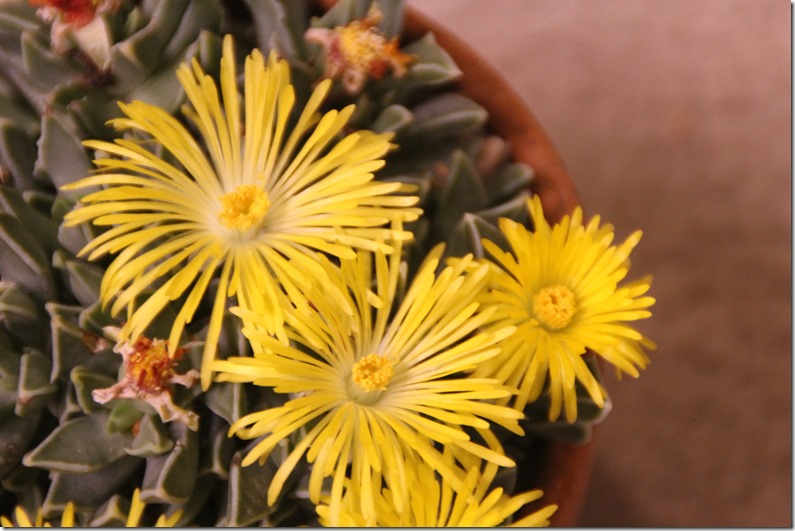 So with that in mind, I suggest you put them in a location where you might sit in the evenings and enjoy them.