It’s not an Agave, but sort of looks like one

Leuchtenbergia principis really is a cactus, but looks like an agave, kind of, so its common name is Agave cactus. Confused yet? 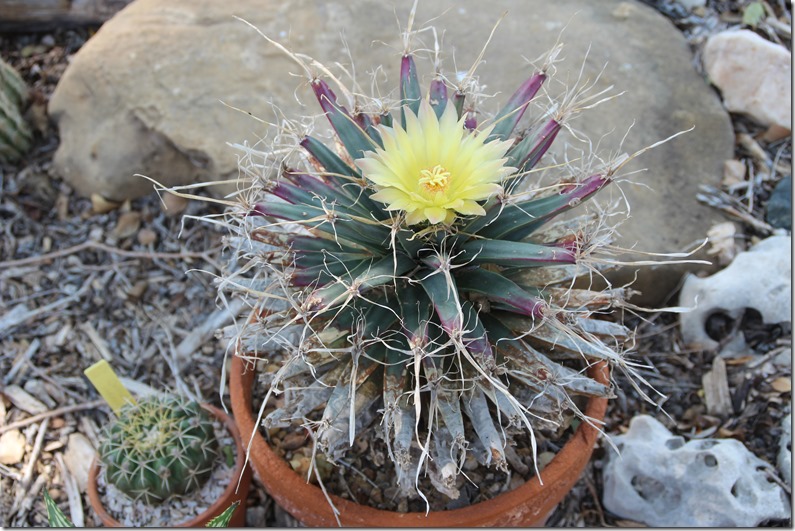 I wrote about this same plant September 21, 2014- “Leuchtenbergia Principis, aka Agave Cactus,”  but it has grown since then, and if you are new to the blog, you missed it. So I thought I would share it with you again. It was blooming in September of 2014, and here we are with a bloom again in September this year. And it’s a lovely bloom. 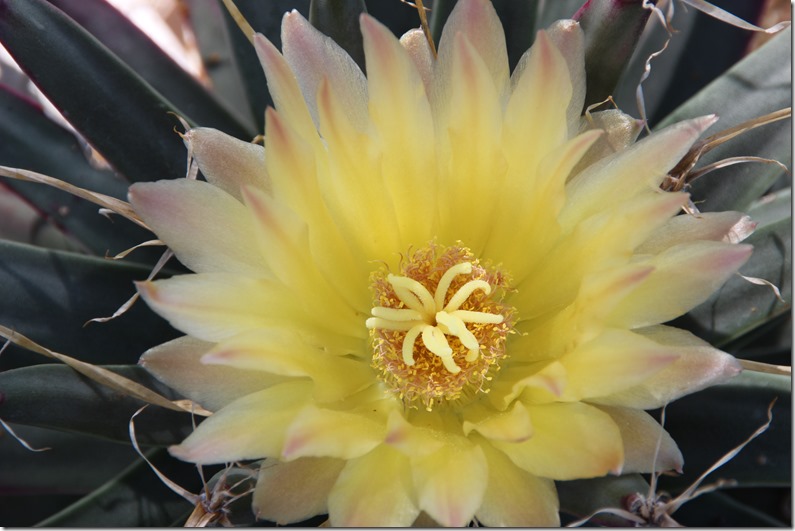 This plant is the sole species in the genus Leuchtenbergia, so it truly is in a class by itself! It is named after Maximilian Eugen Joseph, Duke of Leuchtenbergia, an amateur botanist who must have been the person to discover it and bring it to the attention of others. Never heard of Leuchtenbergia? Nor had I,  not having a knowledge base worthy of  a Jeopardy contestant, so I did what we tend to do these days, I googled it and discovered that Leuchtenberg was, or maybe still is, a municipality in the district of Neustadt an der Waldnaab in Bavaria, Germany. The duke lived from 1817 to 1852, and during that time must have paid a visit to north-central Mexico and San Luis Potosi and the Chihuahuan Desert to find this plant, which is native to that area.

As I researched this plant again, I realized  all the sites I visited had the same information almost verbatim; same order, same words.  Now I am not saying they all plagiarized information from each other,  but apparently there isn’t a whole lot of information out there on this particular plant, which might make sense considering it is the only species in its genus. It is an uncommon plant and one you don’t see often in the trade, so maybe that’s why.  It is related to the genus ferocactus, however, and some hybrids have come from crossing them. I would love to see one!

L. principis is a slow-growing cactus with long slender tubercles with flat, papery spines which are quite different to predictable cactus spines and give the plant a very different look. The ends of the tubercles turn purple when exposed to the sun, which adds to the appeal of the plant. Over time the stem will become bare and look like a woody trunk; mine is not quite there yet. But it has to be over fifteen years old by now, so the trunk effect may come soon. Agave cactus likes direct sunlight and hot temperatures, but mine seems to dry out on the ends with total full sun in the hot afternoons, so I give it a little shade. I also give mine a bit more water because of that, but be careful with too much water if they are exposed prolonged cold and wet conditions, which can cause root rot. Some growers do not water this plant at all over the winter, but I do, just  not as much. Mine also lives in the greenhouse  during the winter. Do make sure it is planted in soil with good drainage.

The flower reopened for three days before closing for good, which is a nice characteristic. 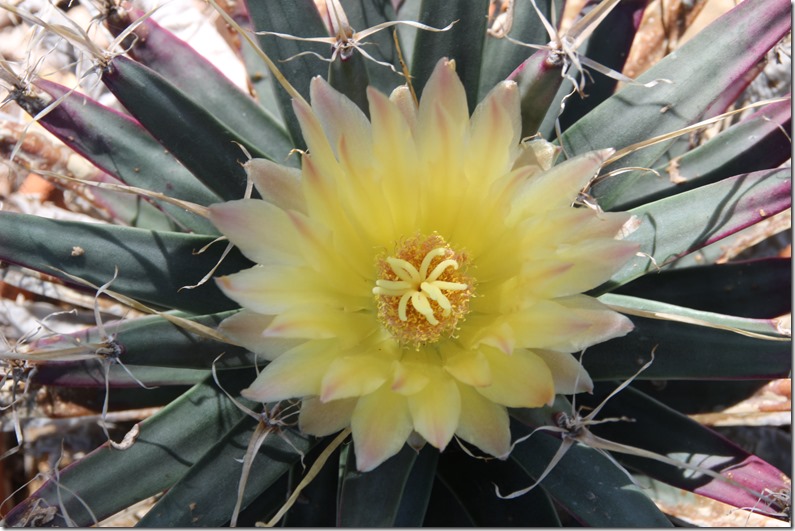 So if you come across a young plant, I would suggest you grab it and enjoy watching it grow to blooming size. 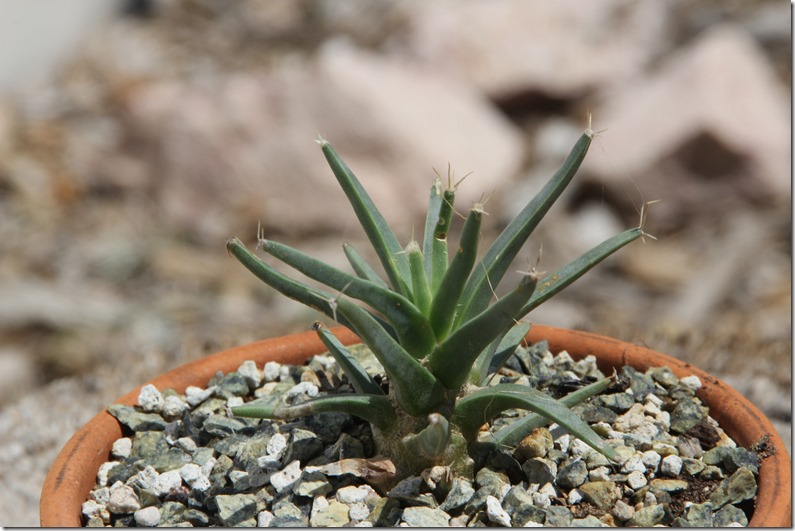 You won’t be disappointed. But you will need to be patient!