The Bailey County Ministerial Alliance food pantry was about to need a new  home, preferably one with a roll-up garage-type door for ease of unloading food pallets. Members of the Muleshoe Fellowship, commonly referred to in town as the Cowboy Church, were discussing this upcoming situation one morning before Bible study. The men present decided this was something they wanted to help with because it would benefit the community of Muleshoe, and the Fellowship was eager to serve God by feeding the hungry, which is a way of serving the community. Chad Beall happened to be in attendance and mentioned that he would be taking the job of Facilities Director for Muleshoe ISD and wanted to sell his building. As the men walked out of the Fellowship building, Chad’s building, with a roll-up door, was staring them in the face from across the street. 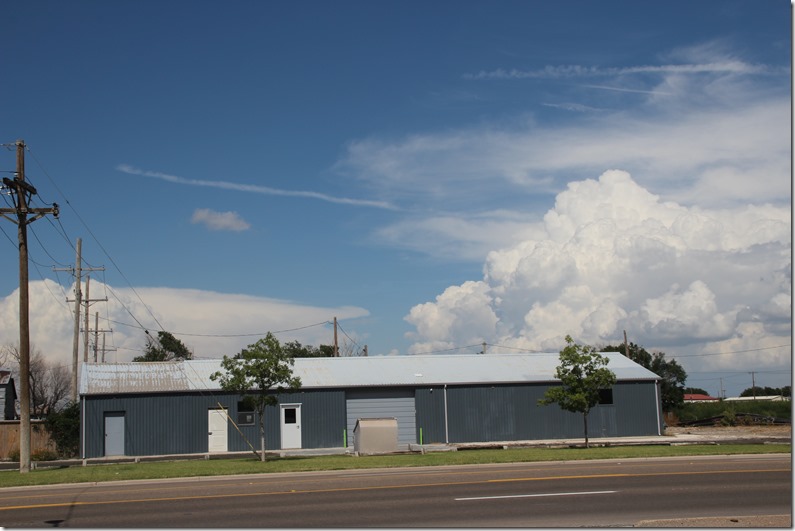 It didn’t take Allen Smyer, Curtis Preston, Gary Crandall, and Steve Friskup but a split second to realize they had just been presented with a way to solve the problem. They called Chad and told him the Fellowship wanted to buy his building. He came back; they shook hands, and it was a done deal.

Allen and Carolyn Smyer took charge after Chad vacated the building; cleaning, redesigning, painting, and organizing the new location became a labor of love for them and other members of the Muleshoe Fellowship congregation. The majority of the space would be devoted to the food pantry. A bathroom, office space, and a small adjoining room were spruced up for use by food pantry workers and members of the church when needed. Air-conditioning and heating were also now something food pantry workers and customers would enjoy in this new location! 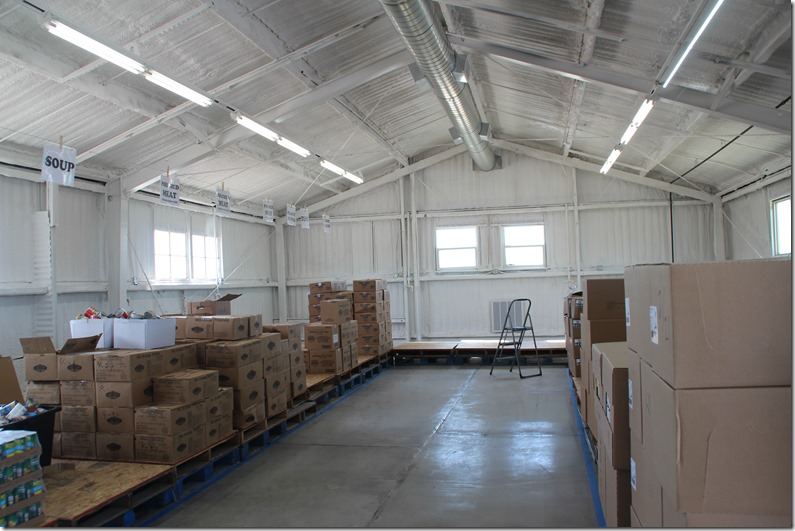 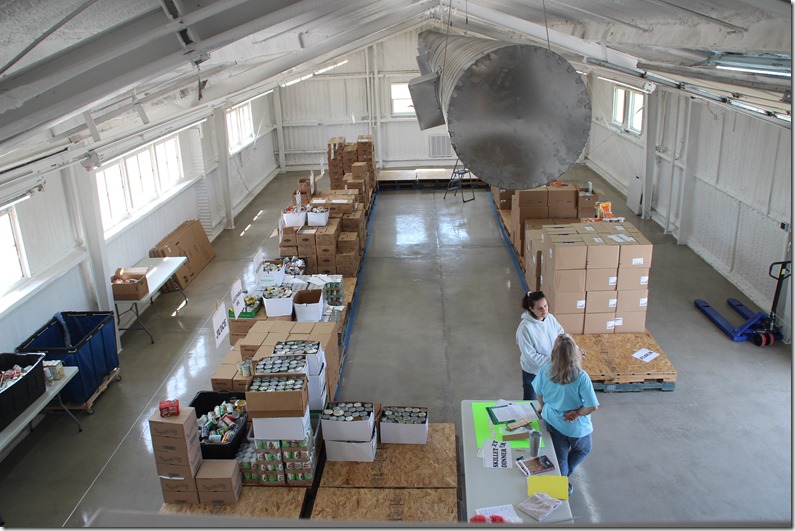 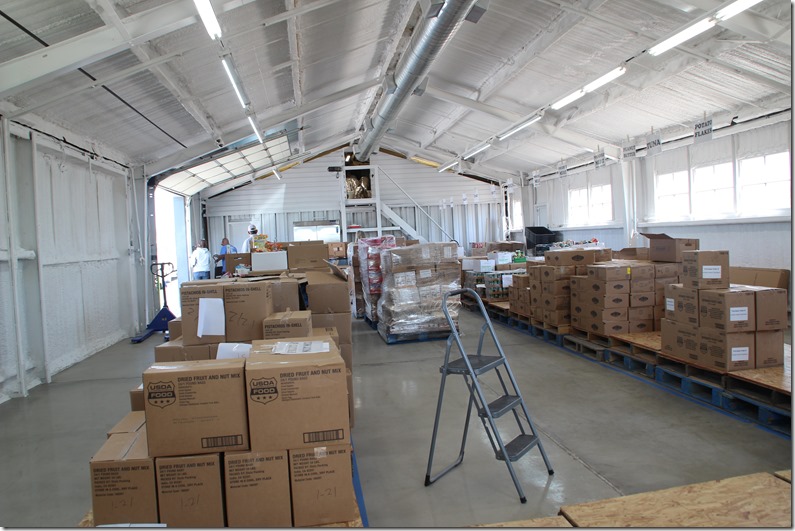 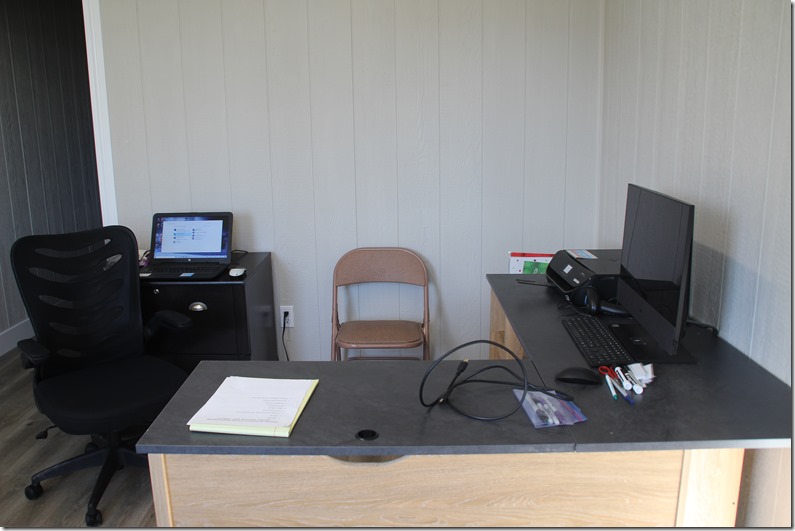 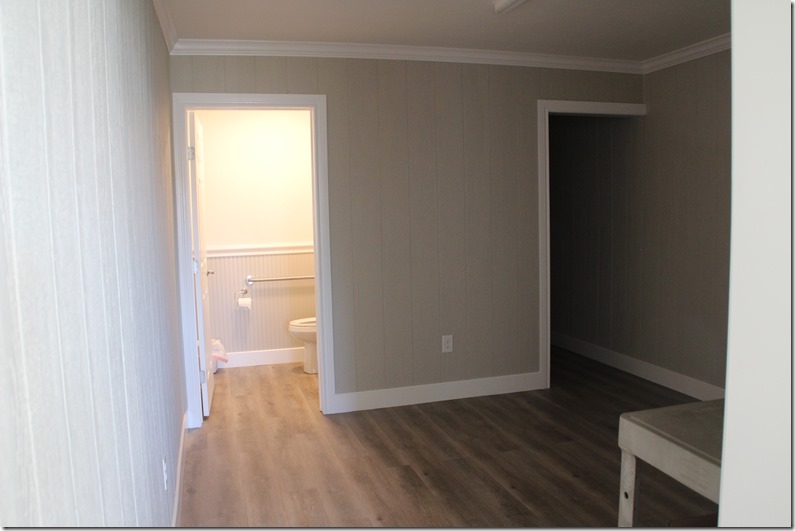 Another room in the same building, still under renovation, will become a room the Fellowship will offer to any person or community group needing space for smaller meetings in whatever capacity needed.

A small building that sits a bit away from the bigger building housing the food pantry will become the Bailey County Child Welfare Board office, as they are currently in need of a place to do business, too. 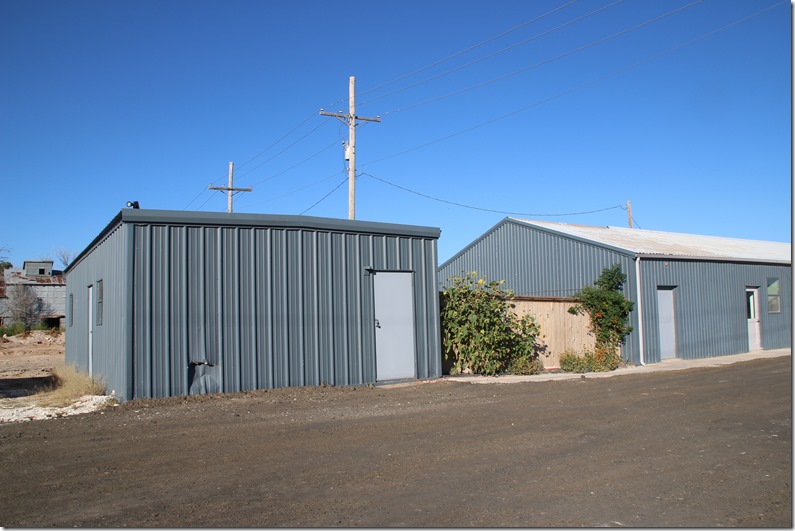 Bailey County Electric Co-op always sends a crew to unload the food delivery truck from the South Plains Food Bank in Lubbock once a month, so when the time came to move from the old location, which had been generously supplied  by the Leal family all these years,  to the new location, Bailey County once again came to the rescue. On August 17th, 2021, they sent about twenty men with heavy equipment and a large trailer, loaded up the food and pallets, and in one big trailer-full, took everything to the new location and unloaded it, all in less than three hours. 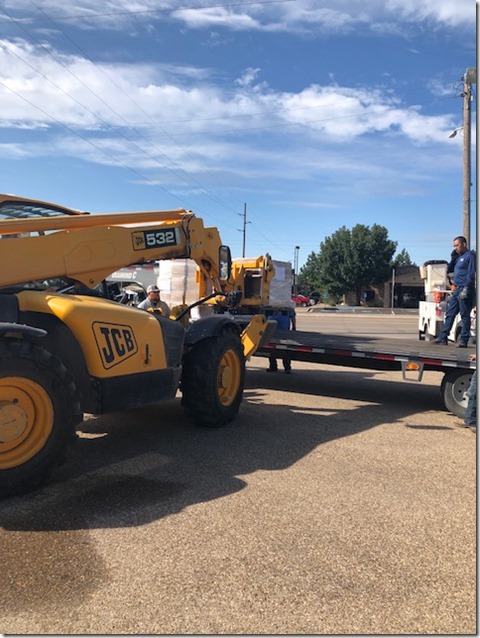 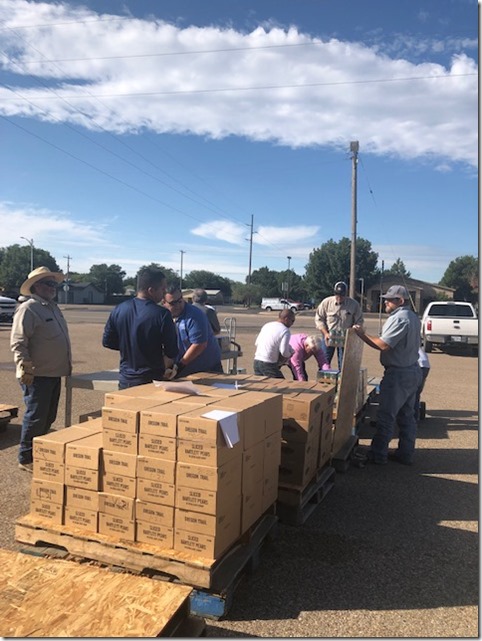 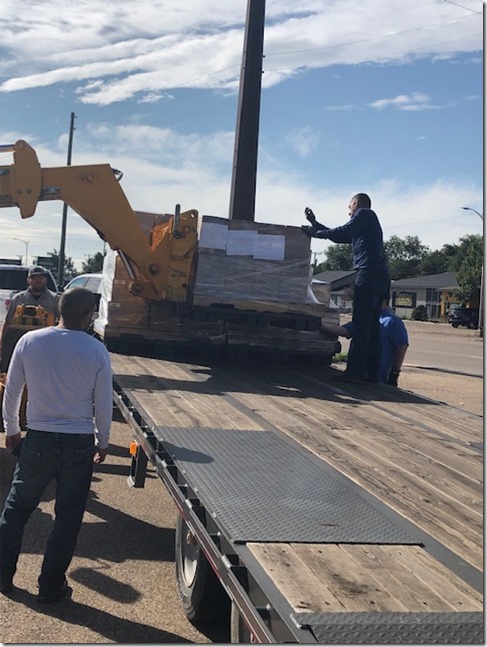 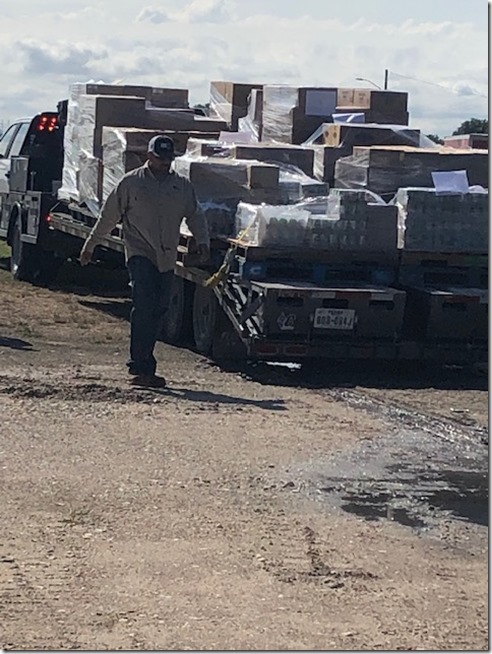 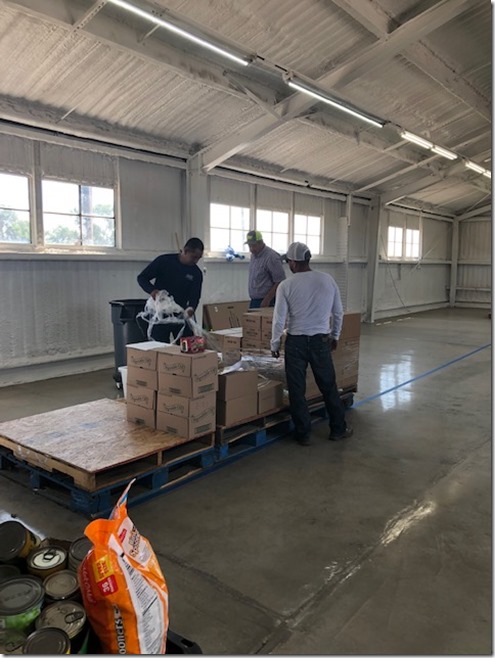 On August 23rd, Isaac Rodriguez and Leah Shine from the South Plains Food Bank came for the official inspection of the new quarters and unloaded three pallets of food to add to the already large variety of foods to share with food pantry patrons. Later that night about twenty volunteers came for training in how the new pantry will work. 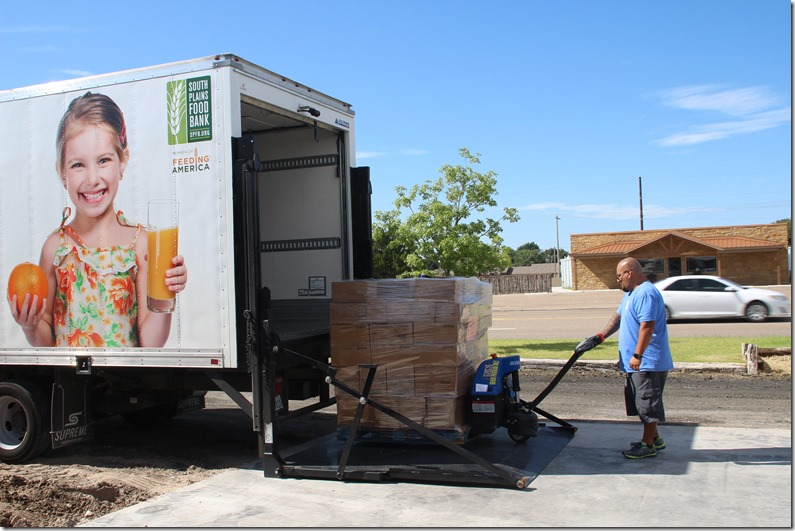 On August 25th, Chris Mardis, April Smith, and scores of volunteers said thank you to the Muleshoe Fellowship for their gift of the building and the work that went into turning it into the new food pantry with a homemade ice cream open house so everyone could see and tour the new facility. 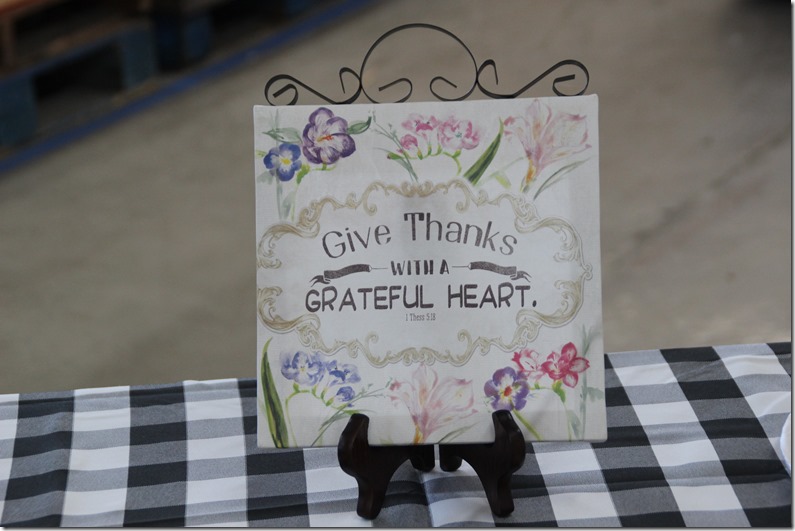 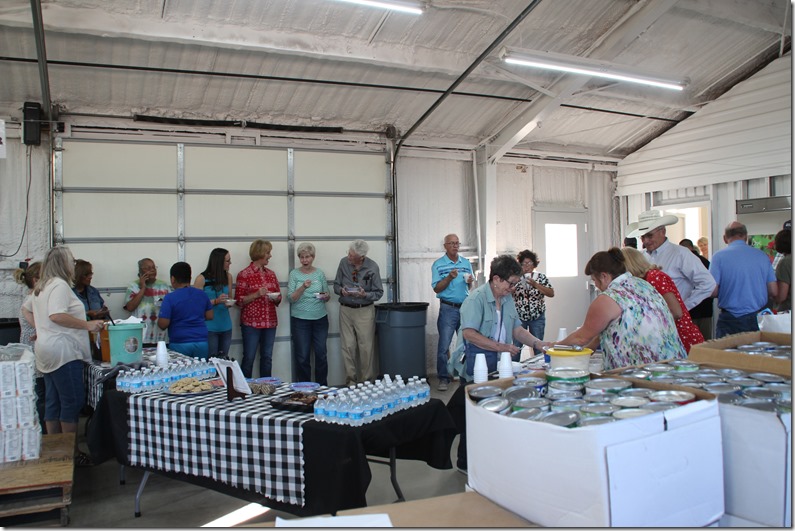 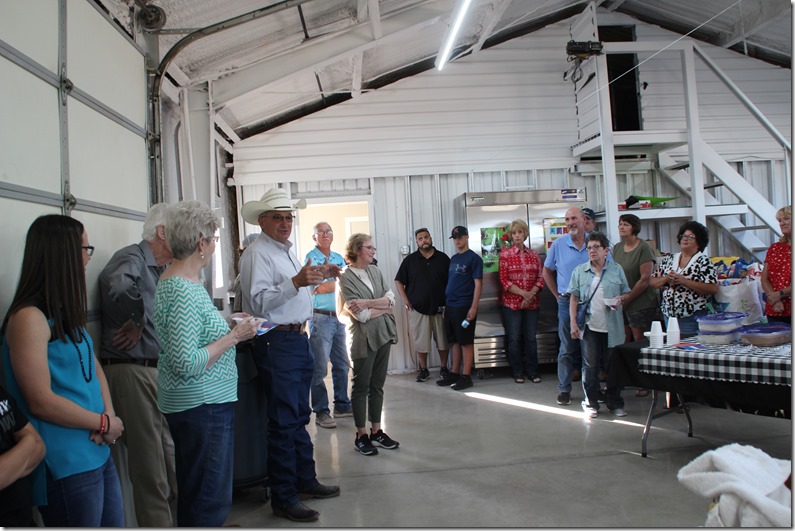 Instead of distributing food every Saturday to a different group of people each time, the new pantry will be open the first Saturday of the month and groups will come at their designated times that day. Patrons will also be able to now do their own shopping, if you will, selecting the food items they prefer to serve to their families. People who are unable to do their own shopping will still be able to pick up a pre-filled box or bag of food when requested. United Supermarkets donated shopping carts for the personal shopping. And while it wasn’t the first Saturday in the month, the grand opening of the new food pantry was August 28th in order not to conflict with the Labor Day weekend. Around forty families received food that day, including forty gallons of milk donated by Hancock Dairies, forty dozen eggs and forty packages of cheese  anonymously donated. Foods needing refrigeration are now on the menu because of the shiny new refrigerator purchased with food pantry funds, which were in part supplemented by a $5000 donation from the First United Methodist Church of Muleshoe. Another donated item, a new pallet dolly given by Kurt Landis of Canyon, will also be put to good use when boxed supplies need to be moved. 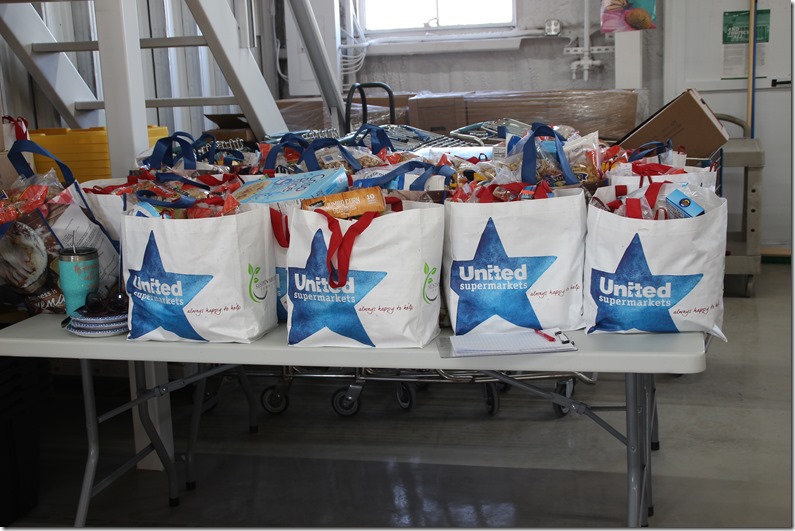 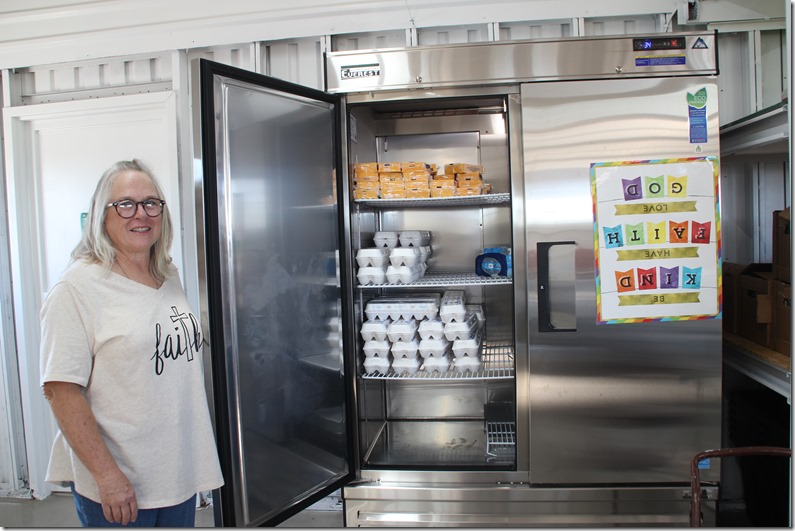 Fellowship pastor Steve Friskup told me emphatically, “God wants to do stuff for our community if we will let him, but he won’t do it without people who will give of their resources. God will do it if we will let him use us to do it.”

And just to make sure he made his point, Steve  then quoted scripture: Jesus said whatever you have done for the least of these, you have therefore done for me.

Walking out the door of one building to see the front of the perfect choice for another building was no coincidence.

As you may have heard, there are no coincidences in God’s world.

Thanks to Chris and Gina Mardis, April Smith, Steve Friskup, and Allen Smyer for their help with this story.

To read  how the original food pantry  became a reality, go to www.aliceliles.com and  in the Search bar type  Kay Graves or  Food Pantry. Two stories will come up that cover that  history.