Edithcolea Grandis has a Spectacular Flower

I had seen a picture of this plant’s flower and knew I wanted one. So when I learned that friend and fellow cactus-lover Woody Minnich in Edgewood, New Mexico, had them for sale in his Cactus Data Plants greenhouse, I jumped at the chance to get one. I ordered it in May, got it planted, and had no idea I would be rewarded so quickly with a flower-this flower-that opened Sunday morning, July 25th. 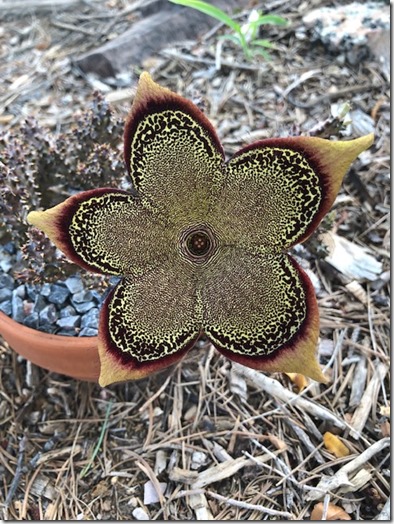 Edithcolea grandis  is named after botanist Edith Cole who collected and took home a plant during a botanical expedition to Somaliland in the mid-1890s. In my research I found that the plant is native to the African Great Lakes region, Yemen, the Socotra archipelago, and the Horn of Africa, which is where Somaliland is. The plant prefers a dry and arid climate in its natural habitat,  but even there it likes the filtered shade provided by rocks and shrubs in the landscape. I have mine potted and sitting under two pinon pine trees. The stem is eaten like a vegetable in Ethiopia and Somalia, but I think I will just keep it as a flowering plant in my collection. 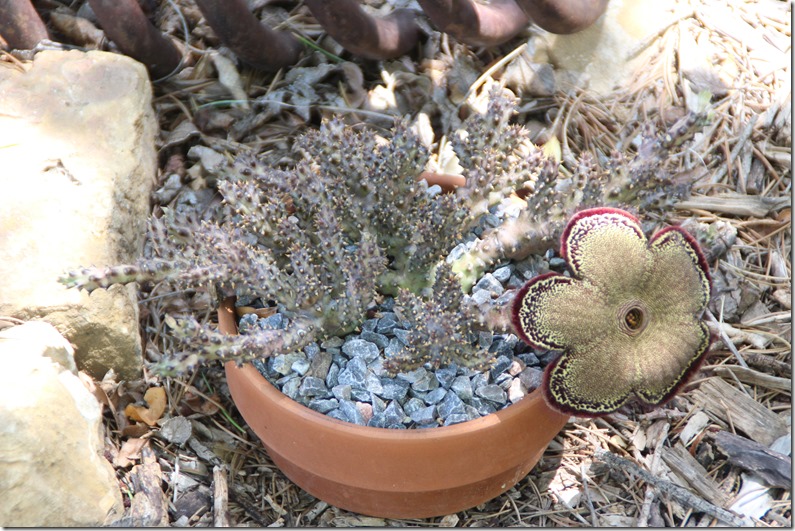 The bud kind of snuck up on me; for some reason I didn’t see it until it was about half as big as it is in this picture, but upon discovery I checked it every day, not wanting to miss that first flower. And it grew quickly. 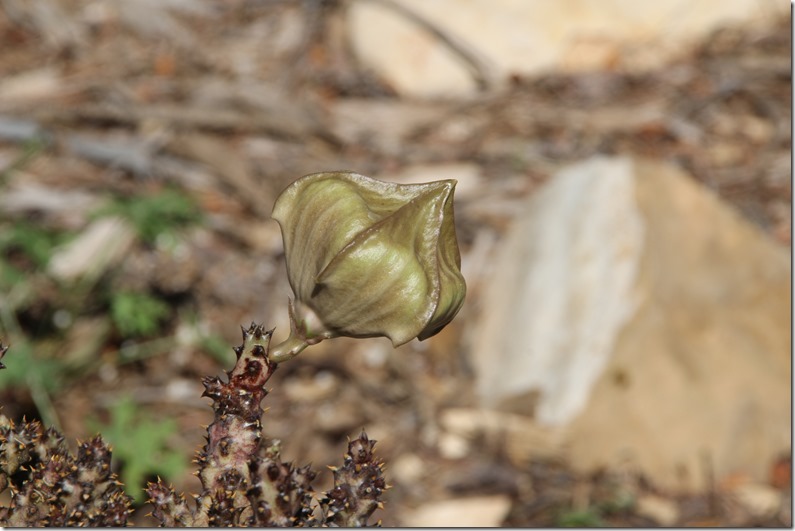 The pictures of the bud were taken on Friday, I believe, And then when I went to check it early Sunday morning, it had opened! By early Sunday afternoon when I went out for more pictures, the five points of the flower had curved backwards, something I had not expected. On closer inspection I saw the fine hairs around the edges of the bloom, fairly typical of this type of flower of plants in the related genera of Stapelia, Huernia, and Orbea, all in the Apocynaceae  family. They all have a carrion scent to them as well, to attract flies for pollination. I got up close and personal to this one and really couldn’t smell much, but later I saw some flies around it. 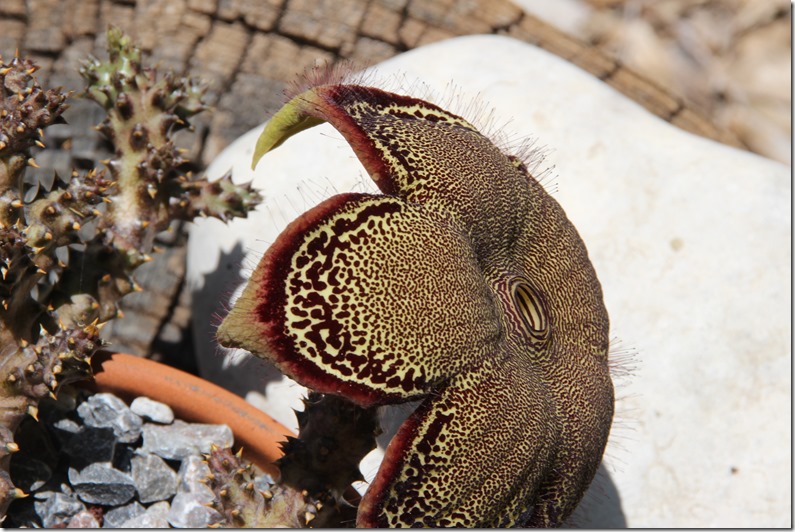 But the hairs are part of its cool factor, don’t you think? Them, and the intricate designs on the petals. 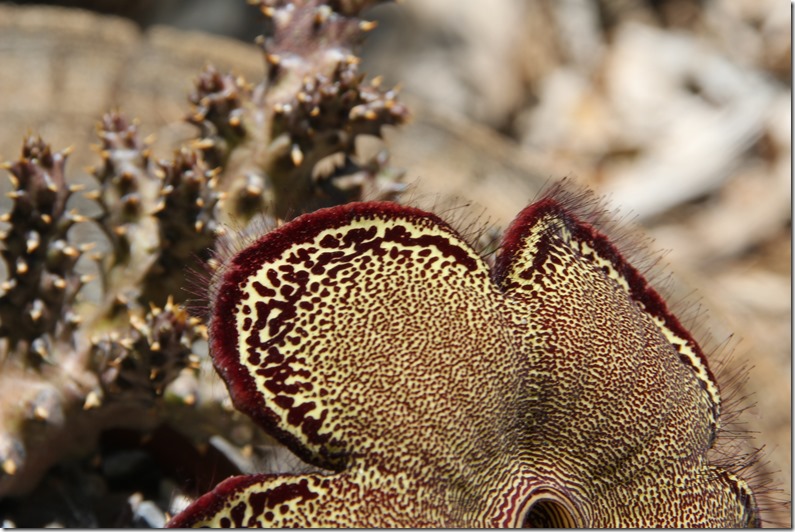 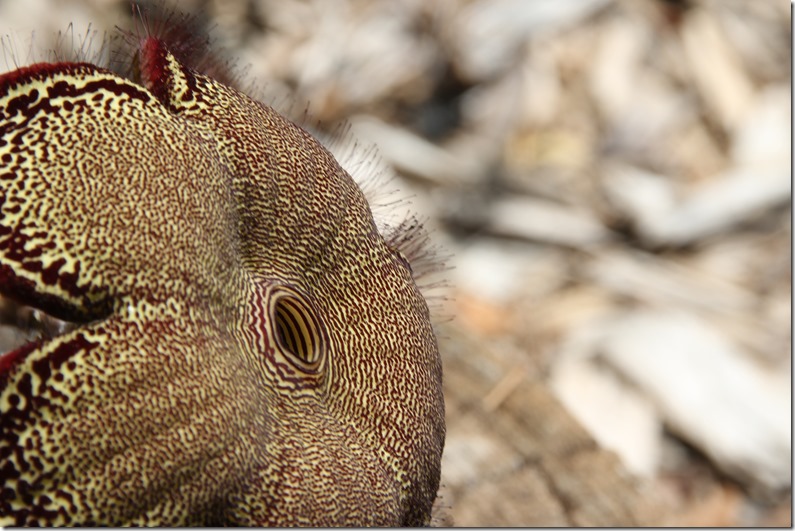 I found several buds forming, so I will have more flowers to look forward to. What a deal! 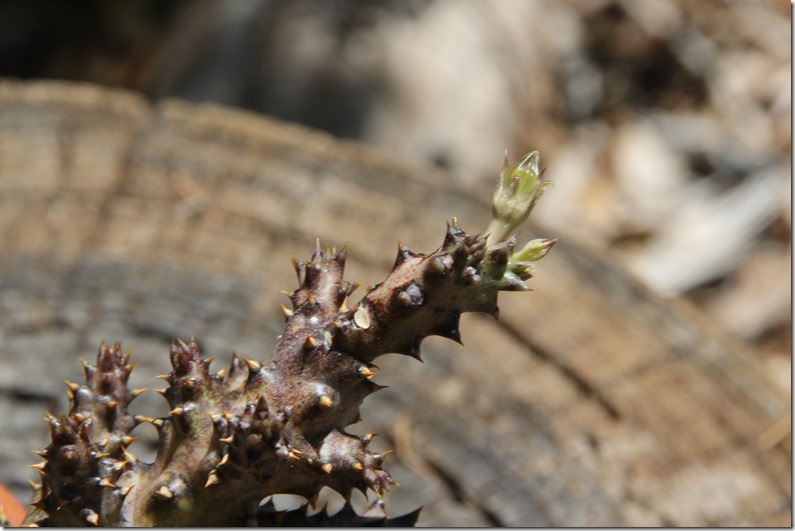 By Monday afternoon, July 26,  the flower had folded back up and was done. It rained Monday afternoon and night, and that might have had something to do with it closing, but I doubt it. They usually don’t stay open long, so I suspect in the future I will have to be diligent and continue to watch for when the buds are ready to put on their show. 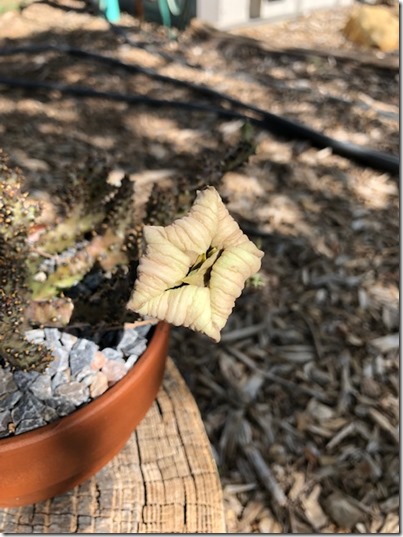 And what a show it always is. 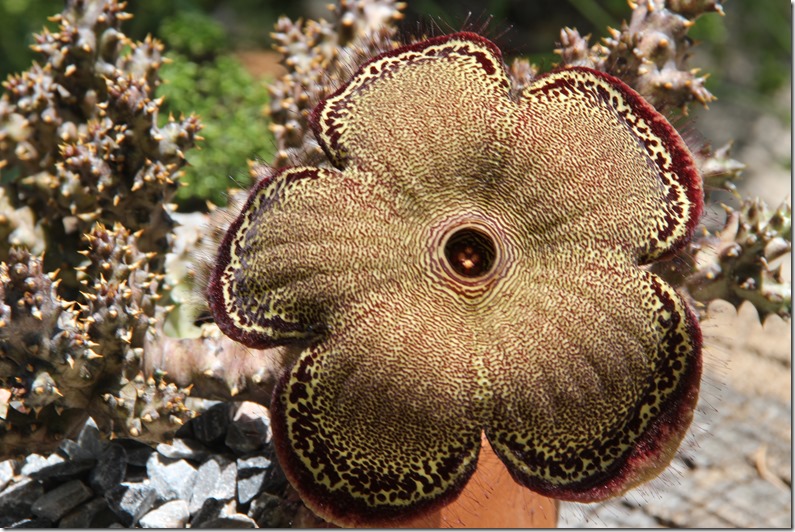