Hesperaloe parviflora, commonly known as red yucca, is a popular landscape plant all over Texas, but especially in our area because it stands up well to the heat and dry climate. Native to the Chihuahua Desert in Mexico and West Texas and into south and central Texas, I discovered the yellow version that is becoming more popular is actually natural and not a hybrid, as I had assumed it was. In parts of Mexico a white native species can even be found.

I also found out it is not even a yucca but in the lily family. The arched, sword-like blue-green leaves that give the plant its graceful and appealing appearance do not end in a sharp, rigid spine like real yucca does, but this is what gets them into trouble anyway. They are pointed and can be felt, but not at all like a real yucca.

The problem is that people like these plants because of their stalks of flowers and low water use, but don’t stop to think about how big they will get. Too often they are planted in the strip of grass between a street and a sidewalk and then are in the way of people walking by them. Where they need to go is in a large landscaped area like this: 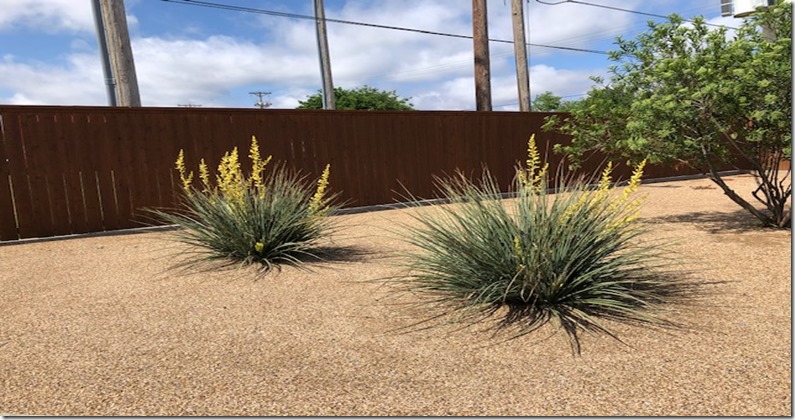 I will have to give credit where credit is due: driving through Post, Texas, the other day, I couldn’t help but notice the landscaping around the People’s Bank. This is the way Hesperaloe parviflora should be used, as accent plants in large, open settings. The gravel top dressing and the fact that there is no grassy area nearby make it easy to maintain and keep weeds and grass from creeping into the center of the plant, which, of course, would ruin the look of the whole thing.

They also had some red specimens mixed in with the yellow, along with some contrasting larger river rock and a few well- placed boulders. 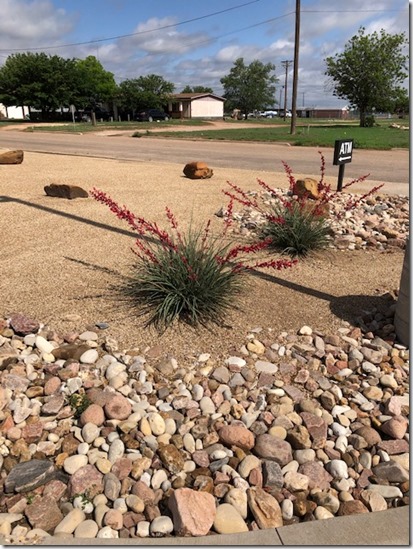 Unfortunately, this is what happens to the plant as it grows and its placement hasn’t been thought out. These are too close together, and the area around them has not been properly finished. They aren’t even close to a sidewalk, so I am not sure why they were hacked off; most likely to be weeded around, but if they had been better spaced and the area top-dressed, that would have taken care of itself. 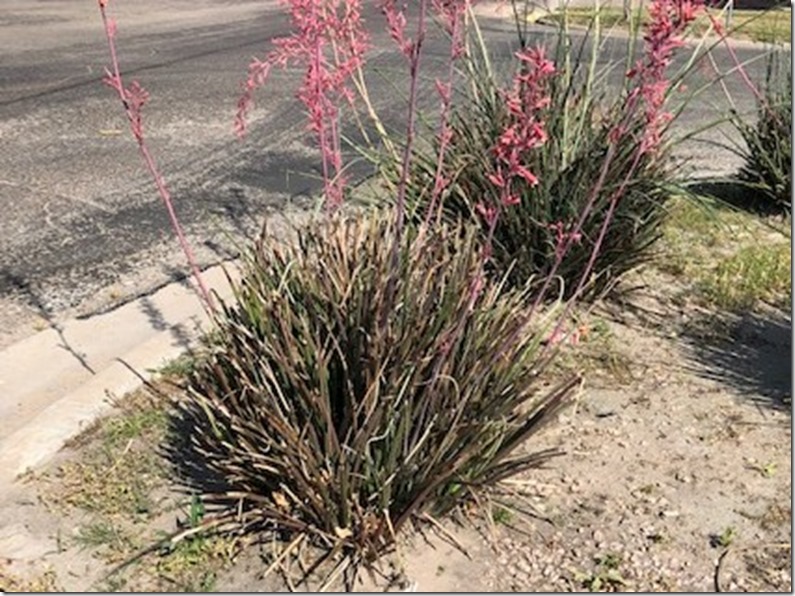 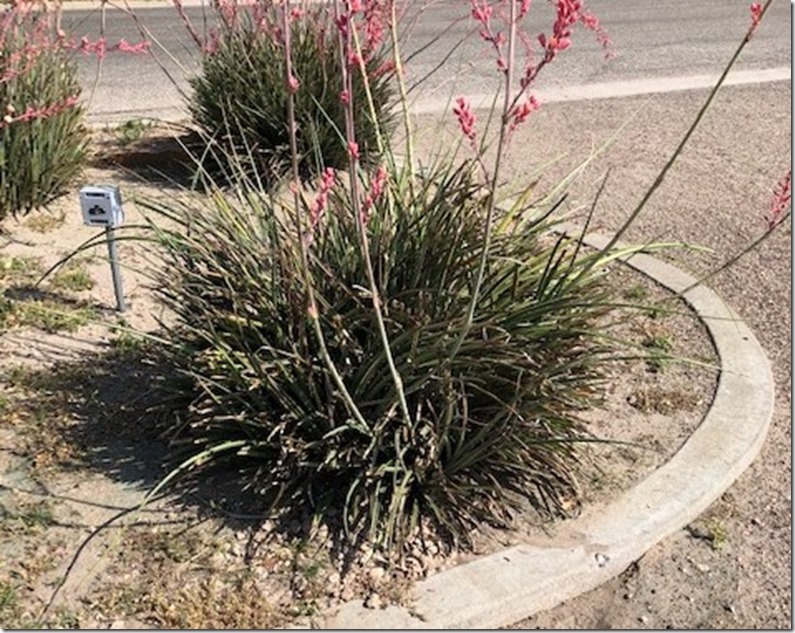 I see butchered red yuccas  in Lubbock all the time along sidewalks where they shouldn’t have been planted in the first place. Landscapers and nurseries should know better when planting areas like this for customers and recommend something else for those spots. The red cultivar called Brakelights yucca on the market now won’t get quite as large and has shorter bloom stems with more and redder flowers, so that might be an option worth looking into. But it still needs to be planted appropriately.

How much nicer to let the plant grow naturally and be an asset instead of a liability. 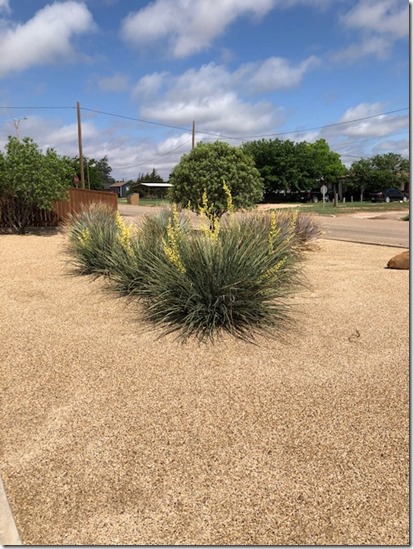 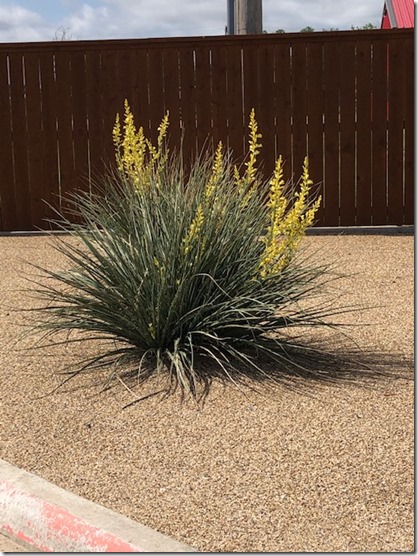 But for goodness sake, do it right!