G.O. Jennings had a Grocery Store

During the Depression, and probably even before, Saturday was a big day, the day families went to town. Saturday was looked forward to, the day to shop, visit, be entertained.  Jennings Grocery Store was one place in Muleshoe to do all three. Groceries were bought; groceries were traded for eggs, butter, any produce brought in from family farms; people traded stories and news with friends they had not seen for the past week, and on some Saturdays were entertained by Bob Wills’ dad, Uncle Johnny and his band. Will Rogers even stopped by on occasion to visit with his friend W. O. Halsell and anyone else who happened to be in the store.

This was the Depression, remember, and G.O. was even known to extend credit to families who could not pay at the moment, knowing they would settle up their accounts when they could. 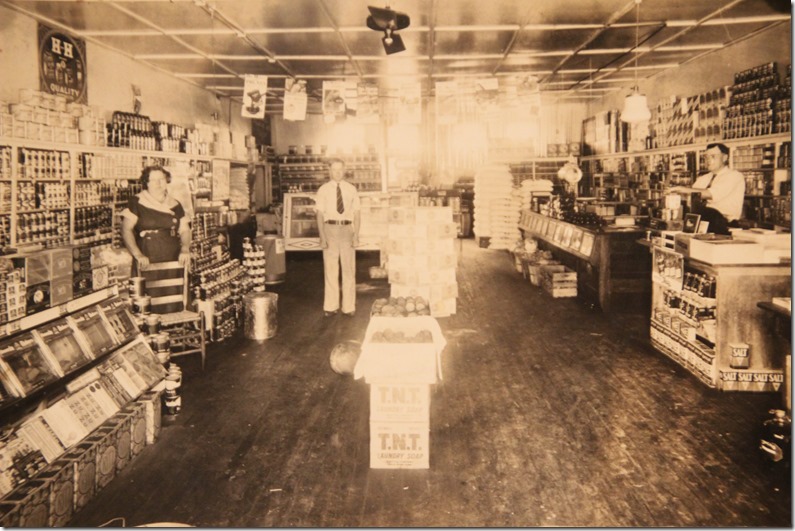 Gardener Othneil Jennings and Irene Flinn Jennings moved from Oklahoma to Muleshoe in October of 1933 with their children Kenneth, Evelyn, and James. Gardener Othneil is quite a mouthful, so he went by G.O., and since G.O. sounds pretty much like Joe when said quickly, he tended to answer to either G.O. or Joe. 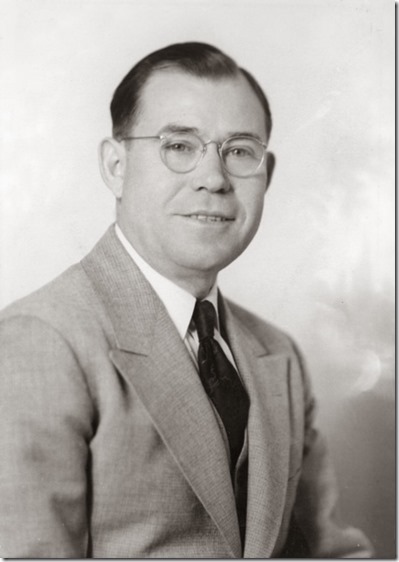 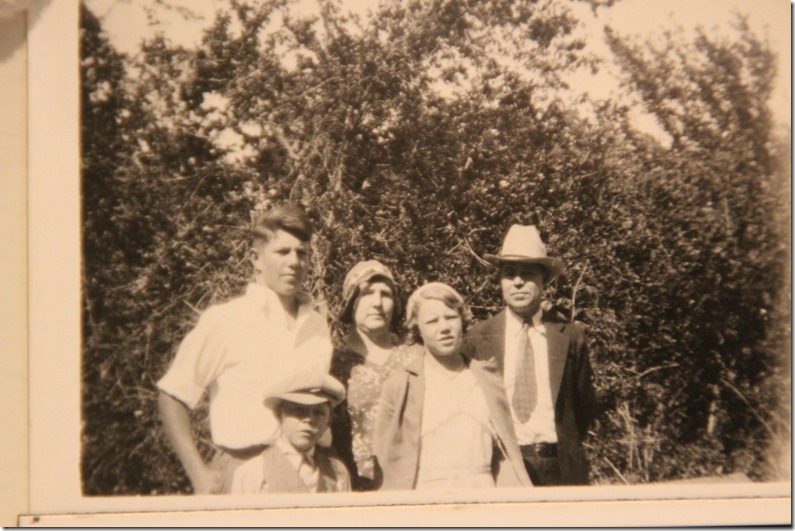 The family bought C.F. Moeller’s store and made it theirs. Then Irene died from complications during surgery in August of 1936;  G.O. sold the store to R.B. McHorse and left Muleshoe. He moved back to Muleshoe and married family friend Velma Engram in 1938, and they had a son, Robert, born in 1939. G.O. had always been in the grocery business, even before the store in Muleshoe, so when he and Velma returned, they established a partnership in another grocery store with Mirtie and Melvin Priboth. 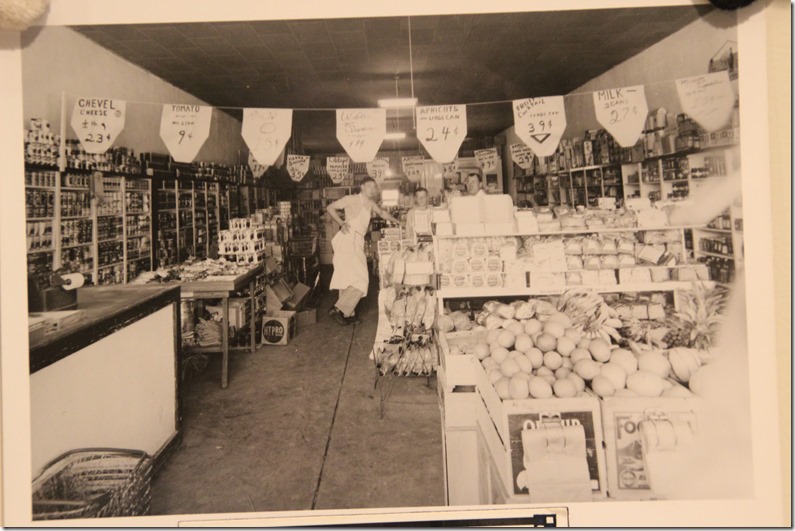 Later G.O. bought their interest in the store. Then in 1949 they decided to sell it to Red Simmons and retire. G.O. was killed in 1951 in a car accident driving to Arkansas where they planned to retire and where the family had early roots. Velma went on to retire in Missouri where she spent the rest of her life.

The children went in different directions. After they all graduated from Muleshoe High School, both older boys served in the military in WW II. Evelyn married Joe Wicker and moved to Slaton. Kenneth went on to become a grocery salesman, married Georgia Lee Powers and lived in Washington state. James married Betty Craft in 1947, moved to Abilene where they both attended McMurry College (now McMurry University). James attended on the G.I. Bill. Betty remembers G.O. loading up the truck with groceries from the store to help them out, as college students never seem to have enough money for necessities! Betty graduated from McMurry in 1949 and Jim in 1950. Robert, the last child who went by Bob, married Kathryne Borgmier and lived in Tulsa, Oklahoma. 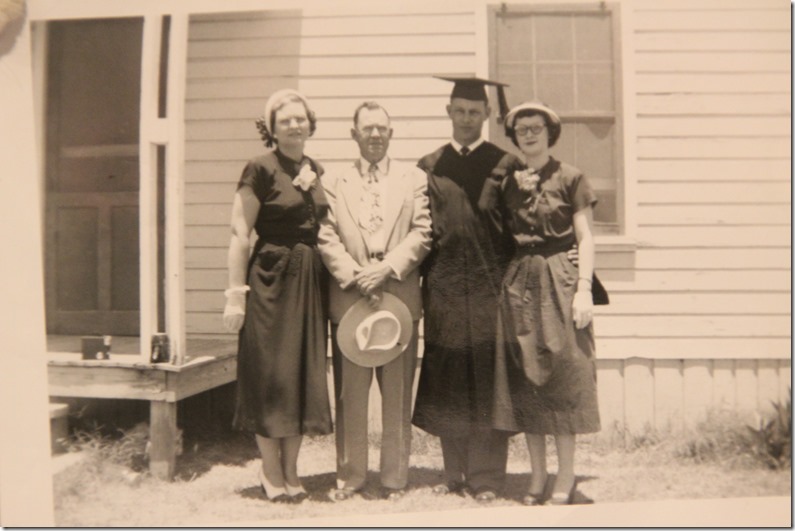 Of  the four children, James, who later went by Jim, and Betty eventually wound up coming back and making Muleshoe their home. In Abilene they both found jobs in the insurance business, and in 1958 when an insurance office came up for sale in Muleshoe, they decided to buy it and move back to Muleshoe. Betty applied to teach math at Muleshoe High School and wound up with freshman English since math was being taught by Leroy Stegall. She continued to teach, moving around through English, lower level math, and language arts while Jim became less satisfied with the insurance business. His college degree prepared him to teach, and he saw how much Betty was enjoying her teaching time, so he sold the business and was hired to teach American history and government which he taught until he retired in 1985. Betty continued to teach and set up an individualized reading program before finally moving to high school math classes. Along the way, she gained certification in counseling and held that position at the junior high before becoming the Director of Special Education for the district, retiring in 1989. 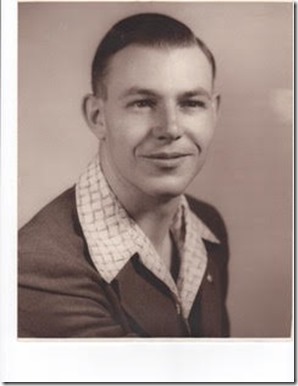 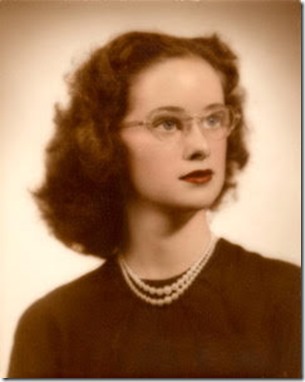 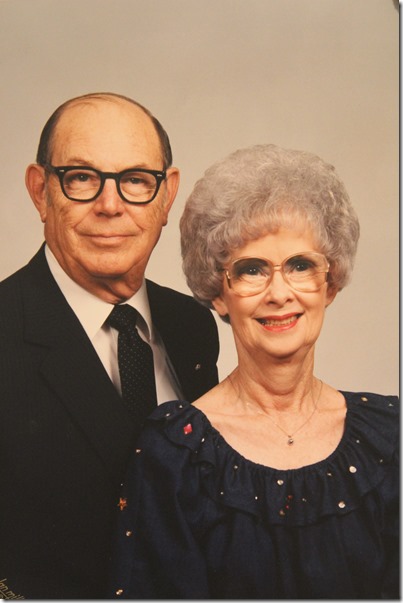 Photos courtesy of the Jennings family

Kenneth Sr. died in 1999; his son Kenneth, Jr. lives in the state of Washington and has had the pleasure of being known as the father of Jeopardy champion Ken Jennings III; Evelyn died in 1963; Jim died in 1997, and Bob died 2004. 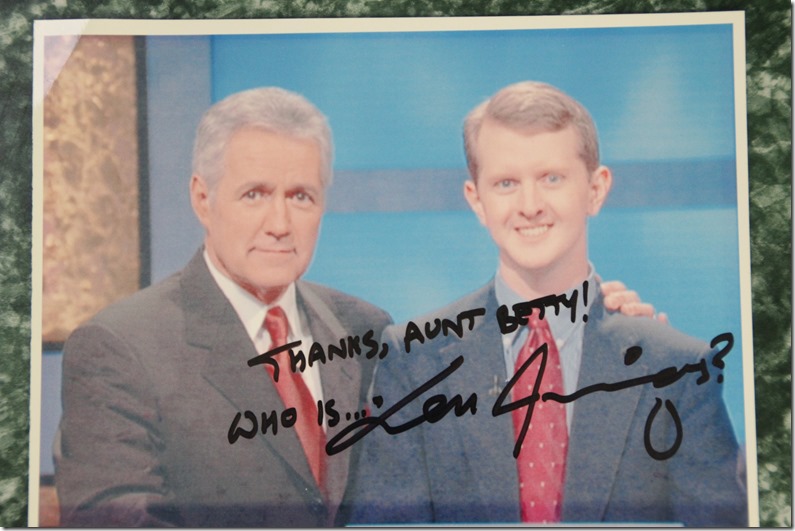 Photo courtesy of the Jennings family

Betty now lives in Lubbock, and her daughter Kathleen lives nearby in Earth.  Betty keeps busy gathering newspaper and magazine articles she finds historically or personally interesting and binds them into spiral book collections that she shares with friends. As the daughter of a Methodist minister who served in many churches in his career, including First Methodist in Muleshoe,  Betty’s mother collected recipes at each appointment, and Betty organized those into a cookbook she has enjoyed selling and gifting to friends. She also published a cookbook of her own favorite recipes. 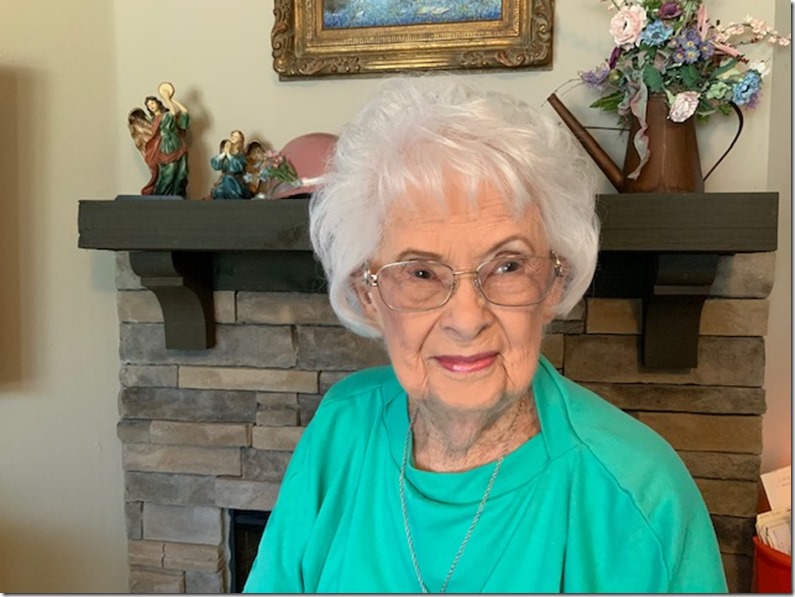 Nothing other than pictures remain of the Jennings grocery store that, to the best of my knowledge, did business on the block of Avenue B and Highway 214, but the stores and the Jennings family are definitely a part of Muleshoe history.