I have written about Argyroderma roseum  before, but A. testiculare is smaller and this particular group just outdid themselves blooming, so of course I had to share. 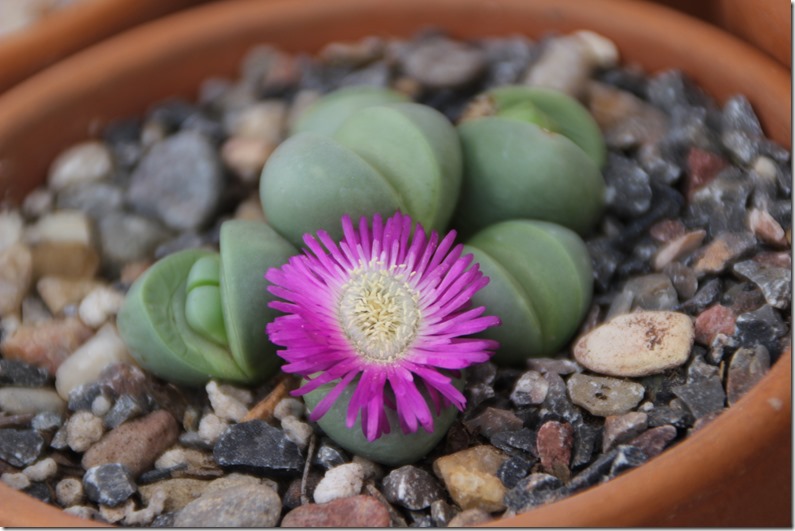 You can see the bud forming in the one plant and the beginning bud coming out in the one next to it. 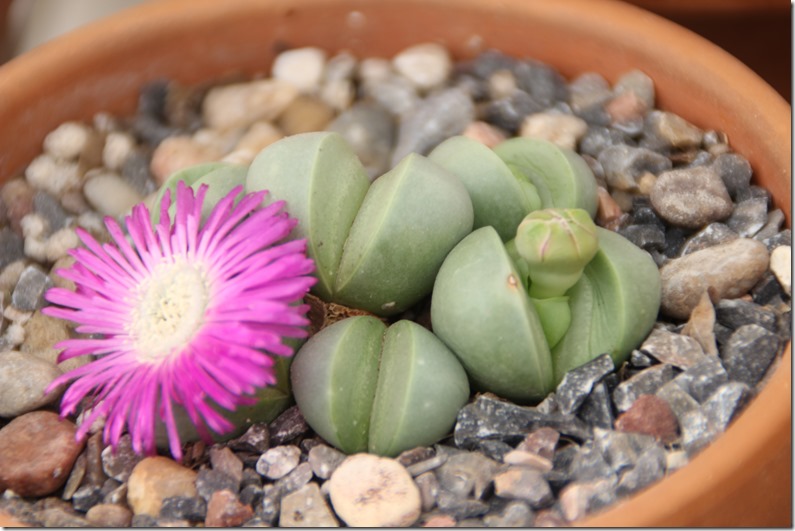 Then when I turn it around, you can see another one forming. Or it may just be new leaves coming out. But eventually a flower will come out of the new leaves as well. 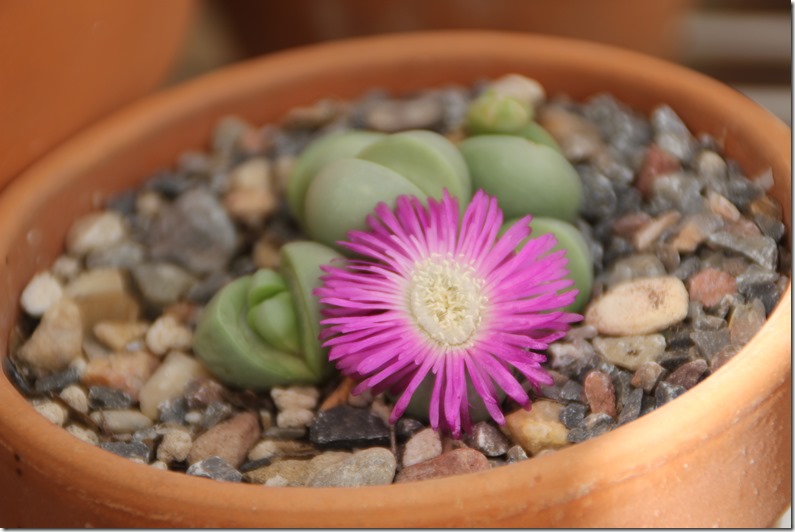 And then, I bit later, after the first bloom was gone, these two showed up. 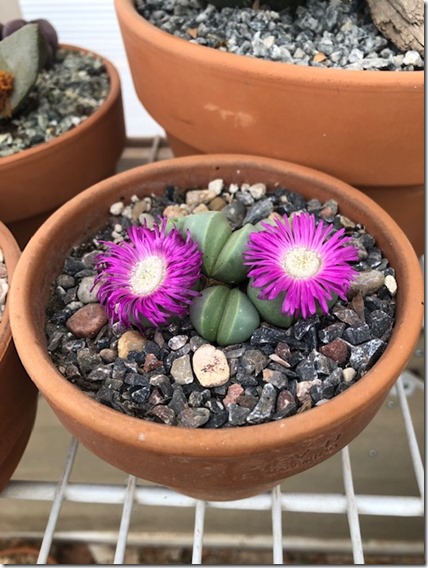 As I explained in the earlier blog about Argyrodermas, as new leaves form and start peeking out between the two existing ones, the old leaves shrivel and die as the new leaves take food from them to grow on. The old leaves disappear and the new ones are shining and smooth and fat and eventually bloom again. And the cycle continues. They are a bit temperamental, I think, and are easily overwatered, but they are fun to have in your collection.