I bought a Pleiospilos nelii this year simply because it had a bud ready to open. I thought.

Brought it home, repotted it with two others that I bought with it, Pleiospilos nelii royal flush, just because they were a pretty purple color. I waited a couple of days in anticipation and decided it had already opened before I got it since no flower appeared. Kind of forgot about it.

And then Boom!  There it was. 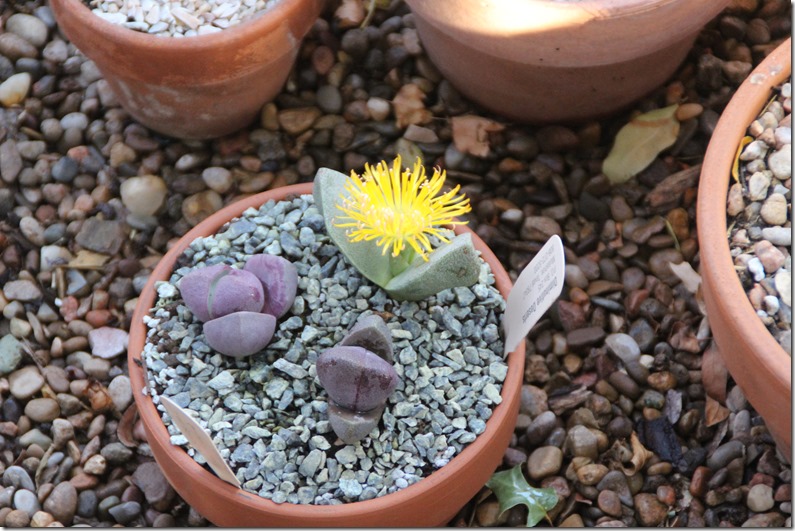 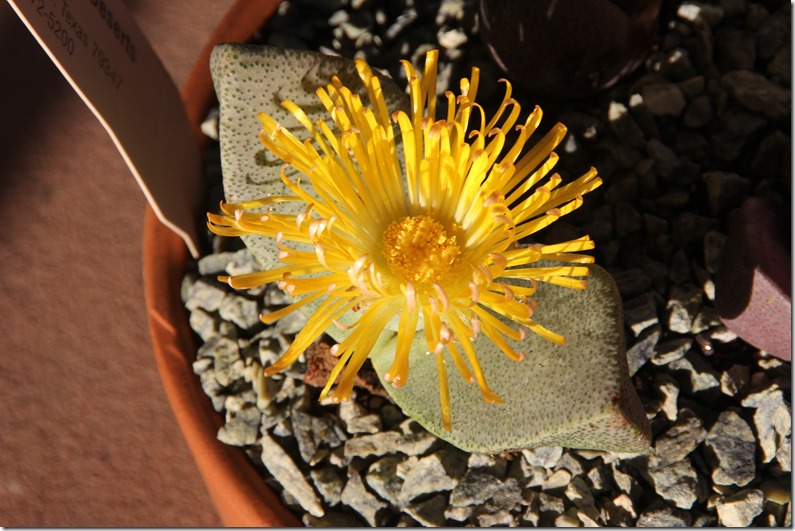 The P. nelii  royal flush plants will bloom at some point; now they just look nice and fleshy and purple. 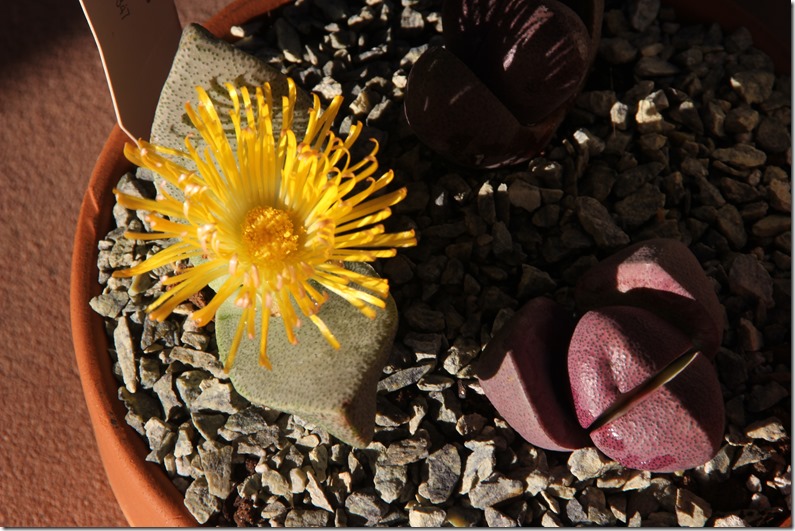 But I really enjoyed the yellow bloom while it lasted. 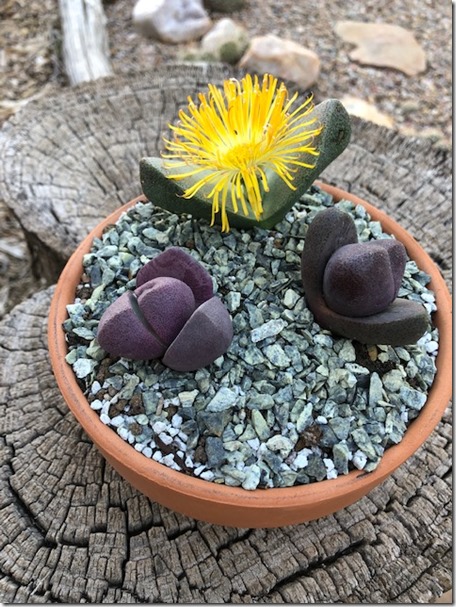