Three years ago I ordered this little plant from Plants for the Southwest, a specialty nursery in Tucson I learned about at one of the Cactus and Succulent Society of America’s conventions a few years ago. Conophytum pearsonii is not a variety you will see in the big box stores, and if you did find it, would probably overlook it because it is small and not real showy. But when it blooms, what a fun surprise! 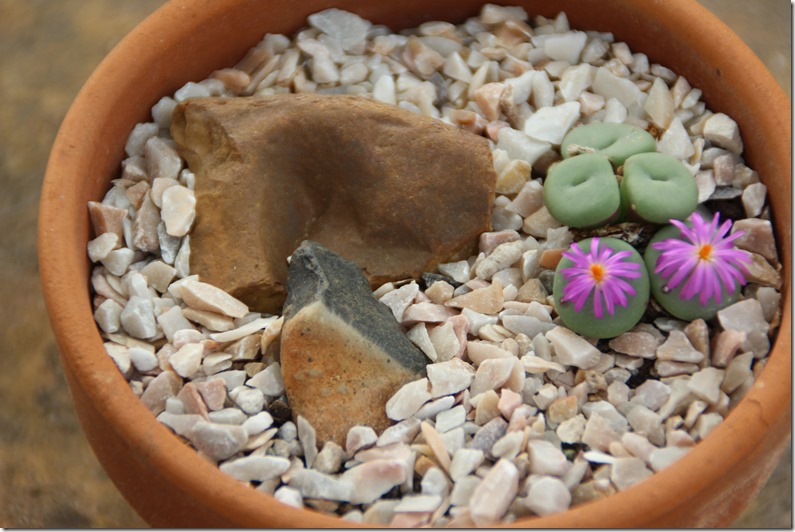 I was out the day before it bloomed and noticed little tiny purple dots in the centers of two of the dwarf plants. Then the next day I made it a point to check, and sure enough, there were these tiny little flowers. I even measured them, barely 3/4 of a inch in diameter on a body that was not quite 1/2 inch in diameter, not even as big as a penny! 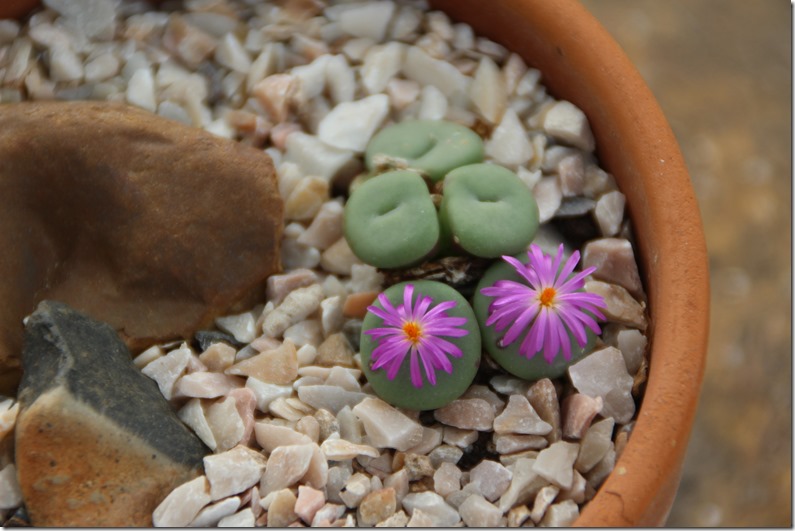 Conophytum pearsonii is native to northwestern South Africa and Namibia and is considered to be a miniature or dwarf specimen of Conophytum minitum.

I planted it originally with some other specimens I had ordered from this nursery. Unfortunately, they didn’t make it, and for a time, I wasn’t sure this one would, either. But I didn’t give up on it. The research said they will flower when two to three years old, and this one is three, so the timing is right. The research also said it is easy to grow. I disagree! This one, I suspect, survived in spite of me, and maybe that’s what makes it easy to to grow, but there were times I was just sure it wasn’t going to make it. These plants are similar to lithops in that the body eventually dries up as the new plant comes out of the center, more or less, using the tissue from the first plant for sustenance and the dried skin of the old plant also protecting the new one from the heat of the sun. 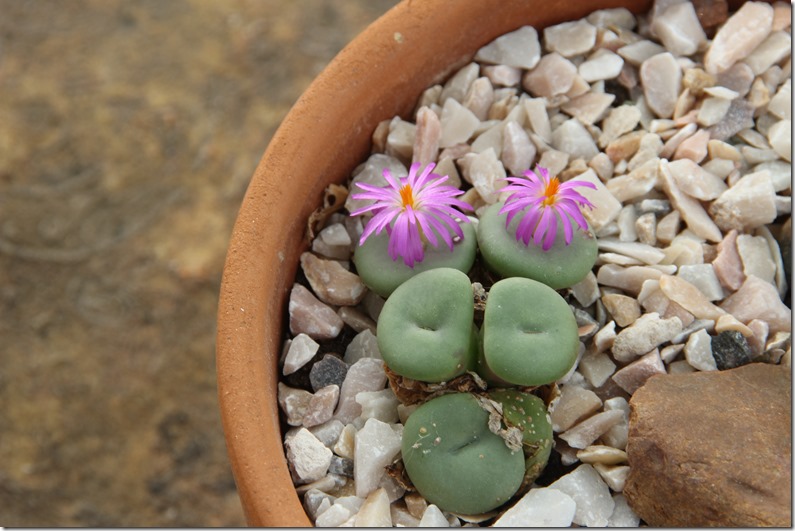 Their growing period is from August to March, through our winters, obviously, and then blooms in September and October, so again, the timing is right as it is now September.  It can’t take a freeze, so it will be coming in soon to the greenhouse for the winter. I also read that they thrive in full sun. This one is in the shade of the big elm tree and seems to now be happy there, so I don’t think I will reintroduce it to our overbearing High Plains sun.

But it is such a tiny little thing I just had to share it with you. And I hope by next year it will have made another body or two to add to its clump and blooms again. Something to look forward to. 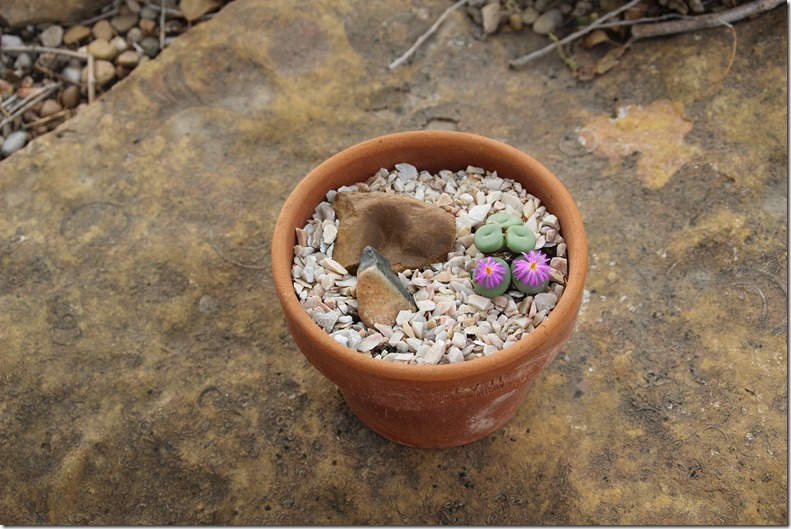