Symbolism in the Cemetery

While I was researching last week’s story about the Bailey County Cemetery and reading through some of their Association’s newsletters, a page about symbols and coins on headstones caught my eye. Newsletter editor Judy Coffman graciously agreed that this was information worth sharing, since I suspect many of us see symbols on headstones without really thinking about why someone chose to have them engraved on the marker or what they stand for.

Judy said she googled the topic and picked one example to use in the newsletter, so I googled the topic as well. Many listings came up in all kinds of categories, and while there may be slightly different explanations given for the same symbol, they are similar in meaning.

Here are just a few examples. A butterfly represents Christ’s resurrection, but it could also refer to life, death, and resurrection in general if you think about the three stages of a butterfly’s life. Five-pointed stars can represent God’s guidance and the star of Bethlehem, whereas a six-pointed star represents God’s creation. Birds stand for the flight of the soul, but could also be a messenger of God that stands for peace and spirituality. Doves in particular represent peace and the Holy Spirit. A rooster seems like an odd symbol for a headstone to me, but it stands for an awakening, courage and vigilance. Lions show the power of God and protection against evil spirits. Lambs are for innocence and are appropriate for a child’s headstone. Eagles many times are used on headstones of members of the military.

Hearts stand for love, devotion, and affection. A rose is for enduring love, hope, purity, victory, and triumph. Poppies symbolize eternal sleep. Laurel leaves show triumph over death and give everlasting life. Lilies are for innocence, purity, and as they do at Easter, also symbolize the resurrection of Christ. Palm branches are important at Easter as well and stand for eternal peace and the resurrection. An olive branch is a universal image for peace and forgiveness. Daisies stand for pure thoughts and gentleness.

Swords represent God’s power and provide protection from evil spirits. Chains are for friendship, trust, and love. An hour glass is the symbol for the passing of time and the shortness of our time on Earth. Anchors are popular for graves of seamen and represent hope and steadiness. An anchor with a broken chain symbolizes the end of life.

Judy’s newsletter also explained the coins sometimes seen left on headstones of veterans. I had seen coins on headstones when attending the Memorial Day services and was unfamiliar with the custom. Leaving coins at a burial site dates back to the Greeks and Romans, but resurfaced in popularity in the United States during and after the Vietnam War The meanings connected to different denominations of the coins may have changed slightly over the years, but they all are a way of telling the family of the deceased that someone visited and paid their respects. A penny says that you visited. A nickel says you trained in boot camp together. A dime is left when you served in some capacity with the soldier. A quarter, for the saddest reason, is that you were with that soldier when he or she was killed.

Since cemetery symbolism was on my mind and since our friend Joe Bob Stevenson’s birthday is May 1st, it seemed like an appropriate time to pay a visit. Bill and I went with his wife Sheila to the Muleshoe Memorial Cemetery to pay our respects. 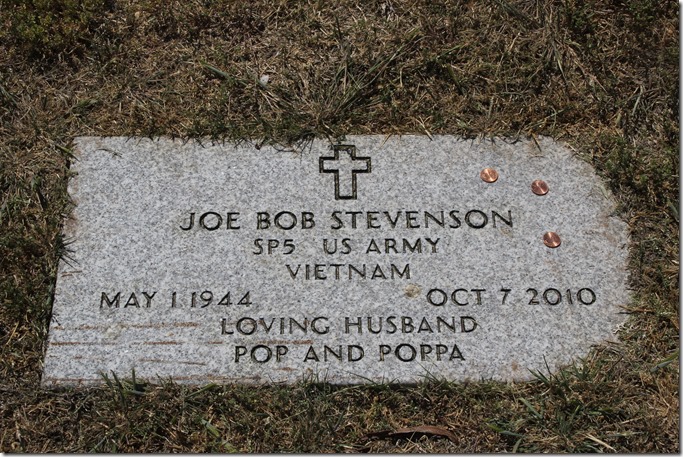 While there I couldn’t help but notice symbols I had just read about decorating the headstones of other graves. Many were of the items I had found on my Internet search, but I only took a few pictures and only of the symbol, not wanting to be disrespectful or out of line with regards to family privacy. 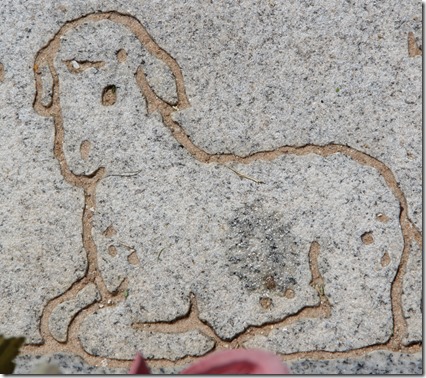 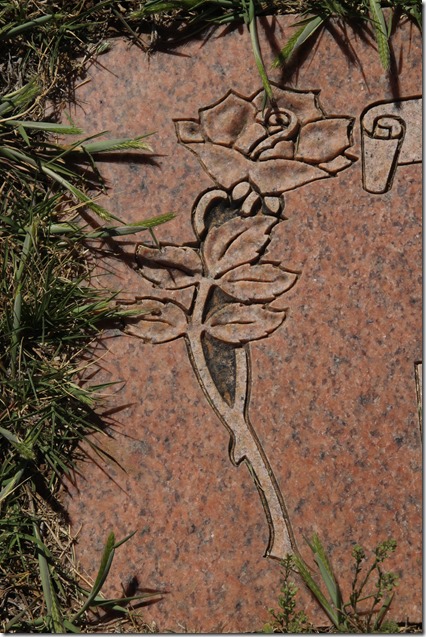 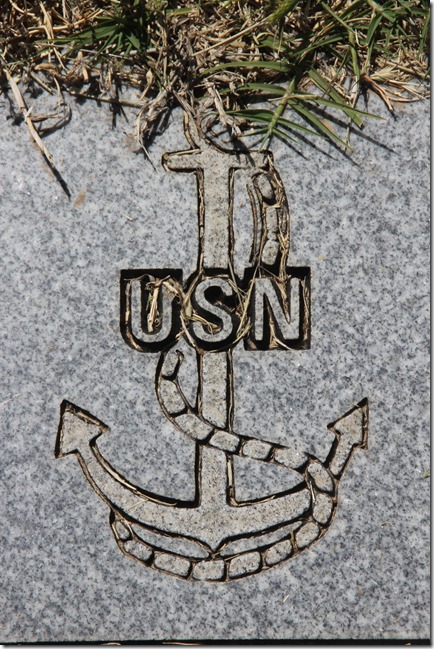 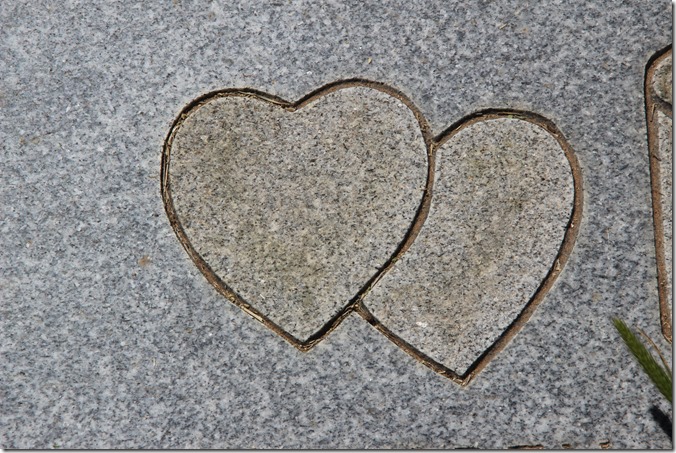 But we also saw symbols that were obviously personal and held special meaning for the deceased and the family. Markers were adorned with cowboy hats, spurs, ropes, a tractor, a semi-tractor/trailer rig, musical notes, a fiddle-or perhaps a violin, a fishing pole, dogs, just to name a few. As we were leaving, we saw this one, which I didn’t mind asking permission to use. Can’t get much more appropriate than that! 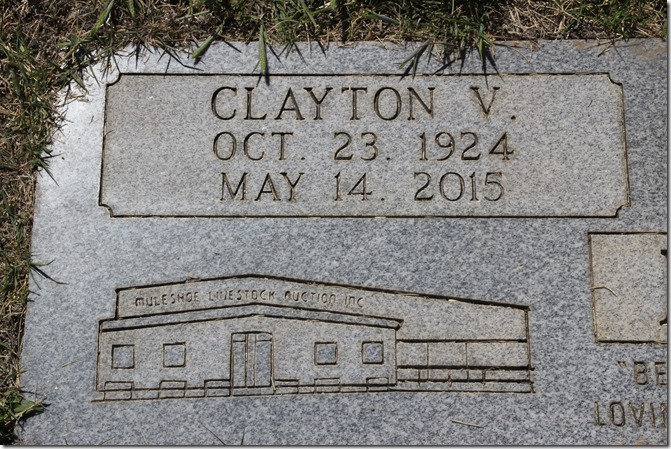 Grieving for a lost loved one is hard, and everyone deals with it differently. Marking graves and leaving mementos and items necessary for the deceased to get through the afterlife have been with us since time began and is part of what makes us human. So whether you chose to honor them with traditional or personal symbols on a headstone, flowers on special days, American flags on Memorial Day, celebrations on Dia de los Muertos, goodbye letters, coins on the tombstone, blog stories of memories, or anything else to cherish their memory, do whatever works for you.

And the next time you see them, it’ll be better.

Thanks to Judy Coffman for the idea for this story, Shelia Stevenson for sharing Joe Bob’s headstone, and the Myers family for sharing Clayton’s headstone.