I bought this plant last year, maybe two years ago, to rescue it from the too-small pot from which offshoots were pushing their little heads up in search of room to grow. So I brought it home, repotted it, and the new crowns were relieved and happy and grew. This year it bloomed for me. 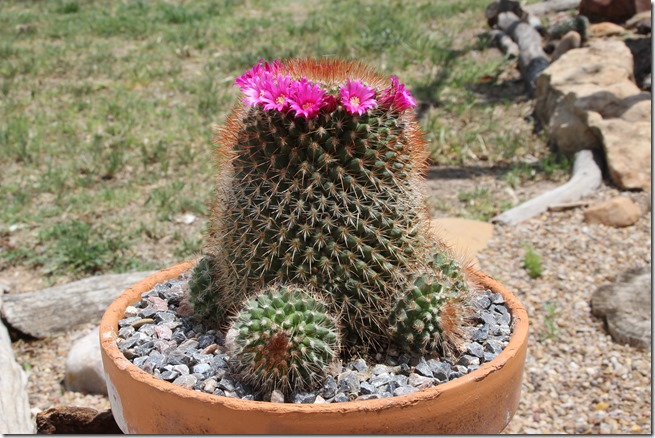 It was not identified when I bought it, but I have it from someone who knows more about cacti than I do that it is one of the many mammillarias out there, m. spinosissima. The genus mammillaria is one of the largest in the cactus family, with around 200 known species, and there are several different varieties of spinosissima, so I am going to just leave at that. I have another one, m. spinosissima v. pilcayensis that I have positively identified, but this one, I’m not so sure of. But it has the most obvious characteristics of the genus, nipple-like tubercles that hold the spines, and flowers that bloom in a halo or circle at the top of the plant. Mammillarias clump, making more little plants around the base of the parent plant. Usually these offshoots can be cut or pulled off and will root, making another plant. But it’s also nice to just leave them there and let the clump get bigger. Then you have several halos of color in an impressive bunch. 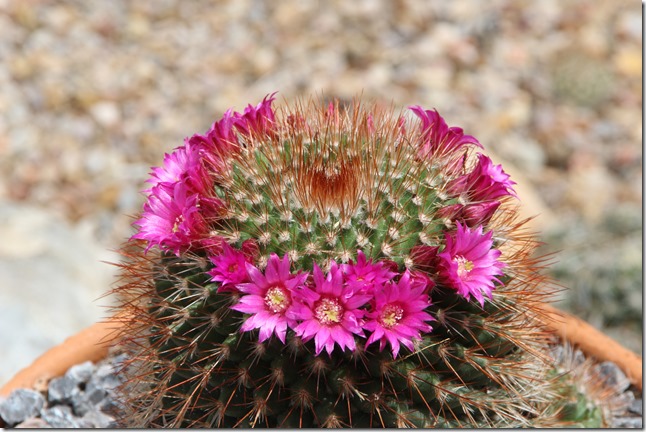 It’s a nice, fleshy cactus, and it’s fun to watch the halo of color appear when it blooms. It is also one of the hardest to spell varieties I have, and I get cross-eyed trying make sure I have all the letters in the right place! 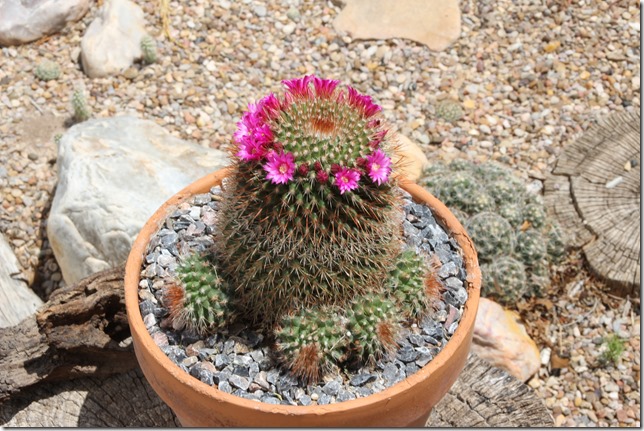 It’s always nice to have that nice splash of color in early Spring before things outside begin to bloom. Look closely and you can see that the flowers come out from the body of the plant at the base of the nipple-like tubercles that hold the areoles from which the spines appear. 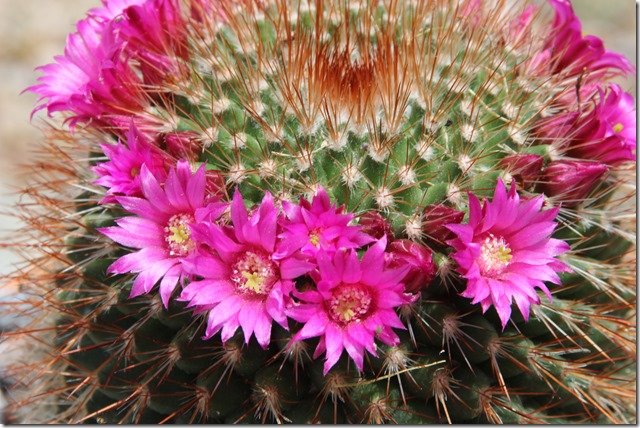 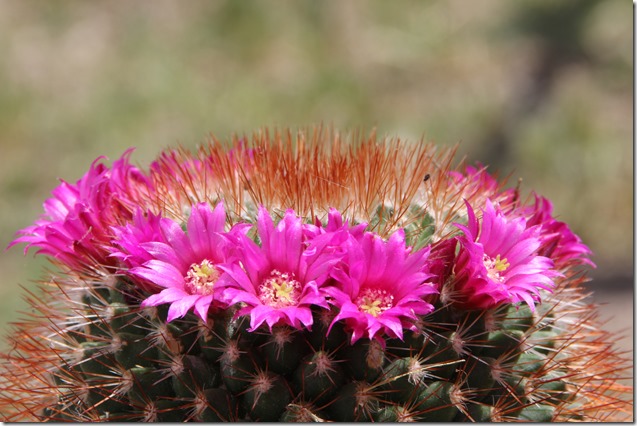 Mammillarias are easy to find and fun to grow, even if you can’t identify exactly which one it is. Just enjoy the halo.