Art appreciation was in full swing April 1-5 this year with the annual art show hosted by the Muleshoe Art Association. The show was held in the AimBank meeting room and had a bumper crop of amazing entries from area and local artists and students.

Dyan Newton from Abernathy was the judge this year, and she had her work cut out for her. Dyan favors working with watercolor but conducts workshops using all mediums. Her impressionistic art can be seen The Adobe Fine Art Gallery in Ruidoso, New Mexico, and Grace Clinic in Lubbock, Texas. 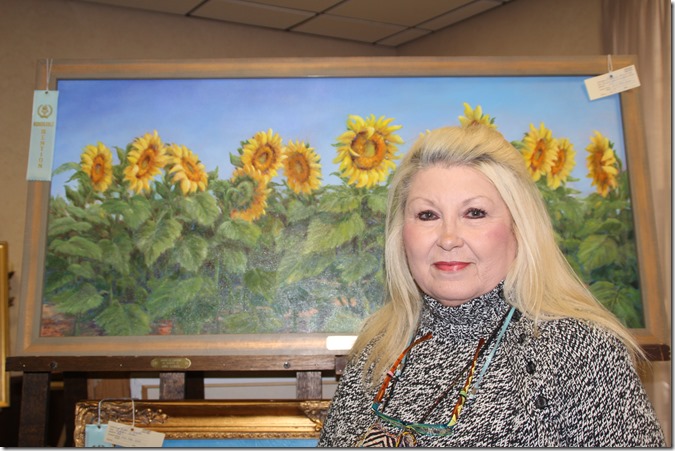 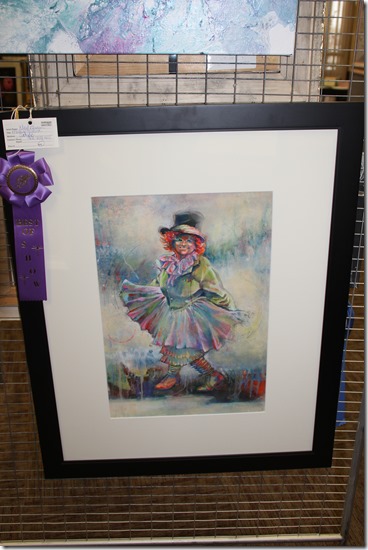 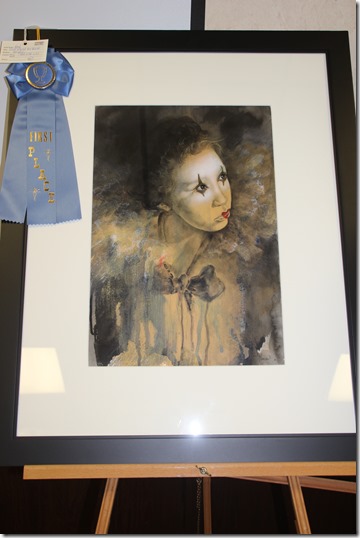 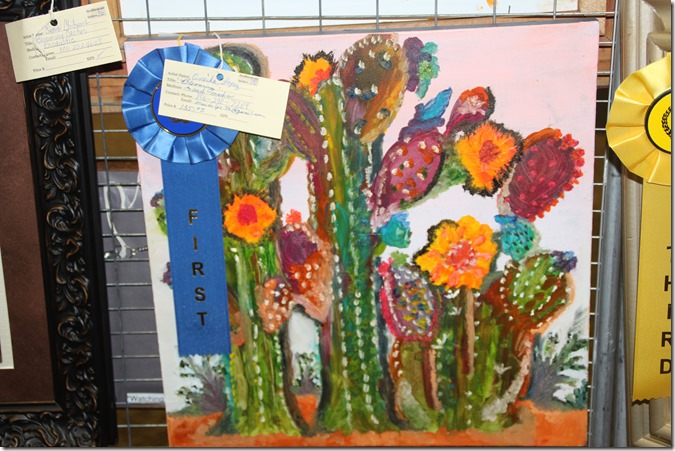 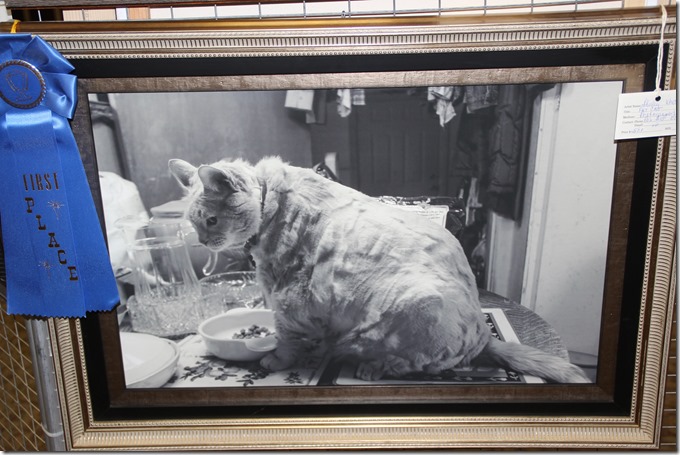 In the Pastels and Drawings division first place went to Peggy Bingham for “Fall Splendor,” pictured below. Second place was “Undercurrents” by Neal Kleman, third was “Ruidoso” by Peggy Bingham. Honorable Mention went to Reagan Cox for “Little Boy,” and Connie Anderson for “Walk of Life.” 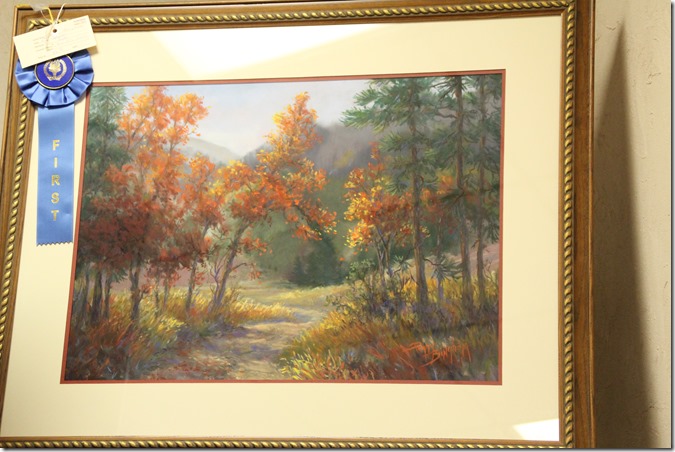 In Oils, the winner was Margaret Hodgson and “Home Shadows,” pictured below. Second place went to Kip De For and “Around the Bend,” third place was Peggy Bingham’s “His Domain,” with Honorable Mention going to several paintings: Lois Snyder and “Watching Over the Little Ones,” Margaret Hodgson and “Sunshine Barns,” Ruben Armenta and “Birds of a Feather,” Ann Johnson and “I Dream of Aspens,” and Peggy Bingham and “The Last Supper in Sunflower Statures.” 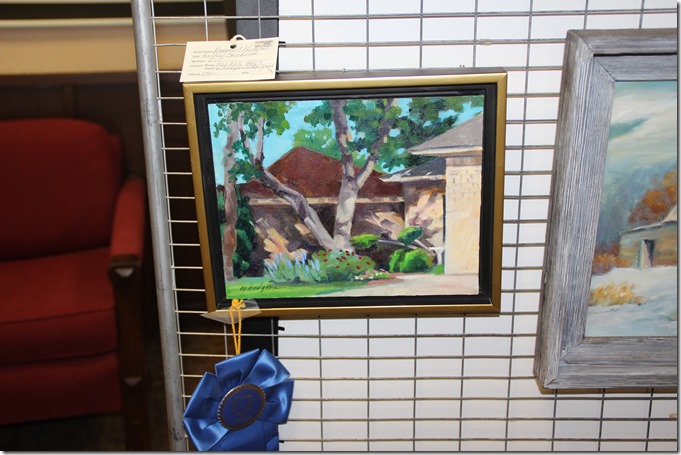 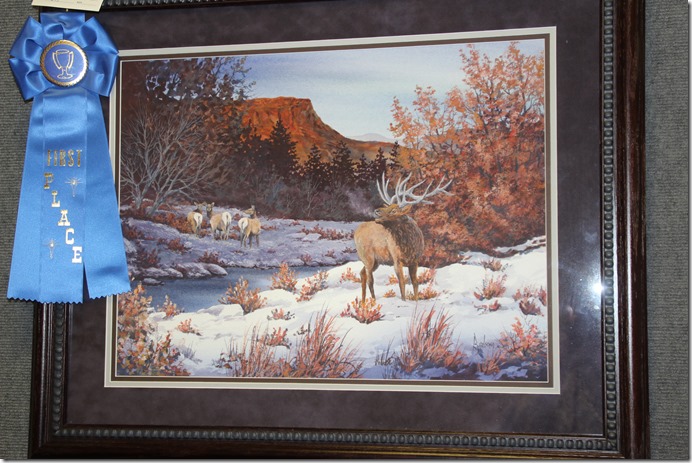 AimBank chose “And God Created Fall” by Lois Snyder as their Bank Award winner this year. 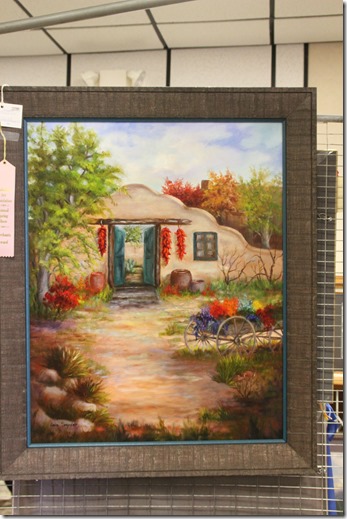 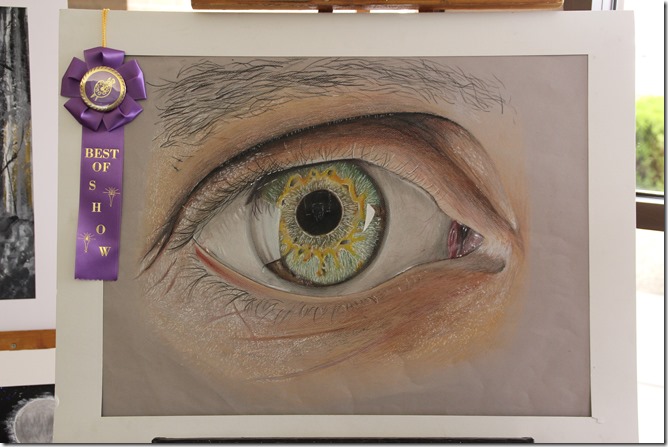 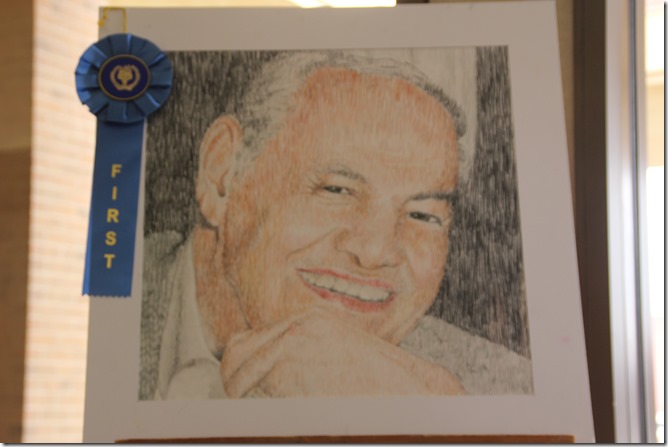 Artwork from the Portales High School Art Students was on display but was not judged. 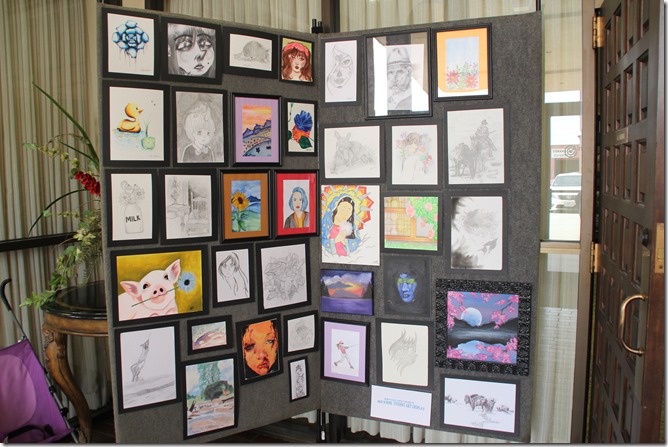 The Association gave its scholarship this year to Fernando Salamanca who plans to use his art ability in college. 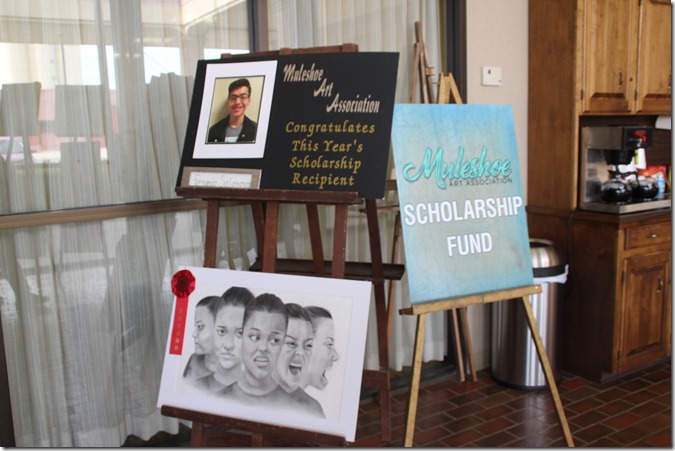 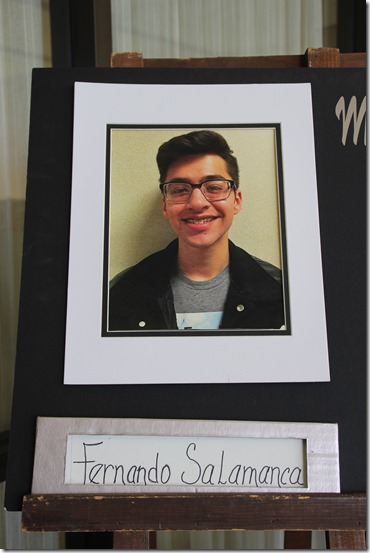 Visitors to the annual show get to vote for their favorite artwork in the show, and this year three winners were chosen. Ellis Funeral Home sponsored a cash award for first place, won by Sandi Chitwood for “Blooming Yucca.” United Supermarkets sponsored gift cards for second and third place, won by Melba Bratcher’s “Blue Eyes,” and Ann Johnson’s “I Dream of Aspens,” respectively.

The Muleshoe Spring Show draws the work of many talented artists, and this year was no exception. If you didn’t make it to AimBank to see the artwork this year, you missed a chance to appreciate the creativity of many artists in the area. Perhaps you can check it out next year about this same time.