Quail Come to the Garden

Two years ago when friend Elaine and I visited Wimberley, Texas, we both went home with rusty metal quails to use as garden decorations. I don’t know where Elaine put hers, but mine went on the shelf outside waiting for me to decide what to do with them.

And there they sat, neglected and getting rustier until this July. I read an article about removing rust from metal with critic acid and decided it was time the quail had a new life. Naturally I forgot to take a picture when they were all rusty before they sat through about three days’ worth of critic acid baths until I was satisfied they were ready for paint. I did think to take a picture with the first coat of paint on one of them. them. The one on the left is bare; the one on the right has the first base coat of chalk paint. 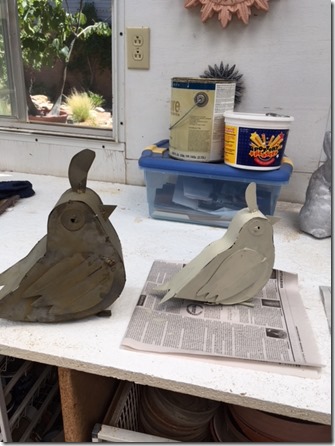 I looked in one of our bird books and decided the quail we hear singing Bob White! Bob White! out in the pasture were the ones named the bob white quail. Makes sense, huh? But the point was to have a picture to go by to paint them since the live ones weren’t willing to stand still for me.  What I wound up with is sort of a mix of scaled quail and bob white quail, but the goal was just that they look like quail, more or less, and I think they do. 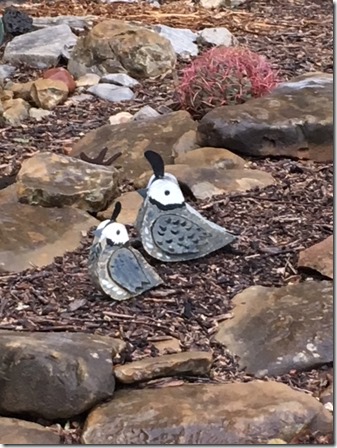 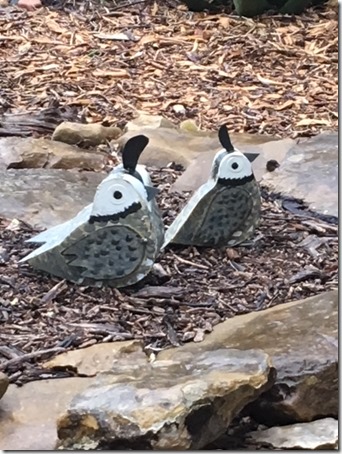 I fear my choice of using chalk paint wasn’t the best, since chalk paint is water-based and water, as we all know, causes rust on metal! I didn’t think that through. I did finish them with a protective coat of polyurethane, but one of these days I know I will have to redo the whole process. But until then, the little quail will add a nice touch to the garden 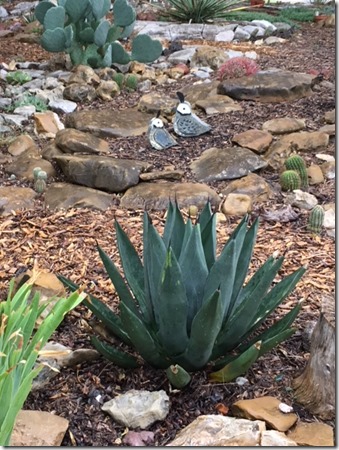 They look right at home, don’t you think?