I am still working on identification skills with my cacti, but I am pretty sure this one is a ferocactus hamatacanthus. Alas, this is also one I can’t remember how long I have had  or where it came from, but I am sharing it with you because it grew and bloomed beautifully this year and because I think it demonstrates how some plants respond to being protected in from winter freezes. 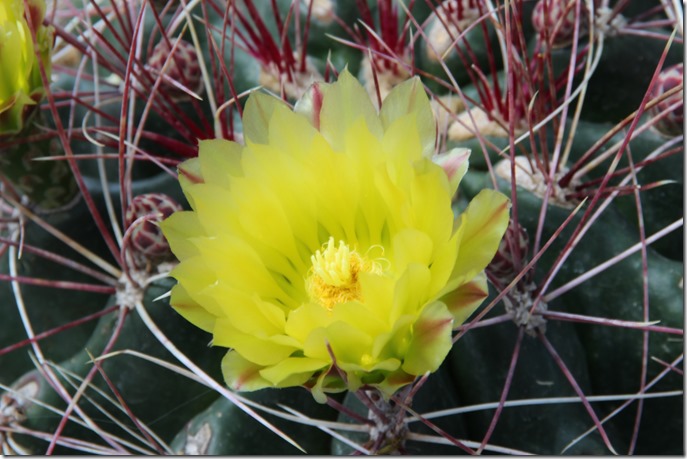 Ferocactus is a barrel cactus native to the Southwest U.S. and Mexico, which means it is found in Texas, especially around the Rio Grande. Most ferocactus have thick spines, many of which are hooked at the ends. This particular plant doesn’t have the really thick, wide spines, but it does have straight as well as hooked spines. Notice the new growth evident by the red color of the spines forming in the center of the cactus. 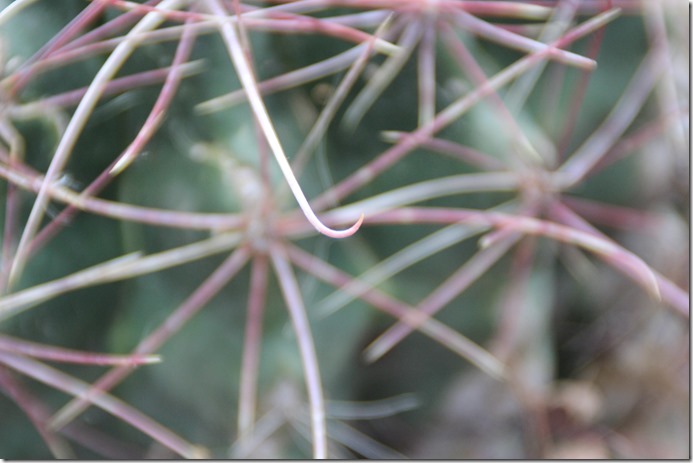 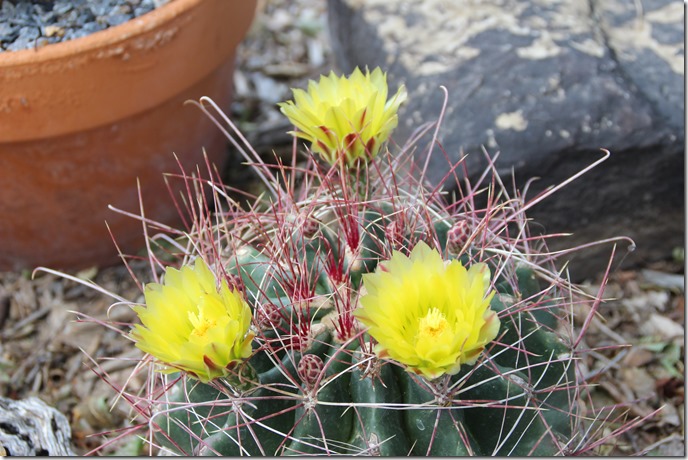 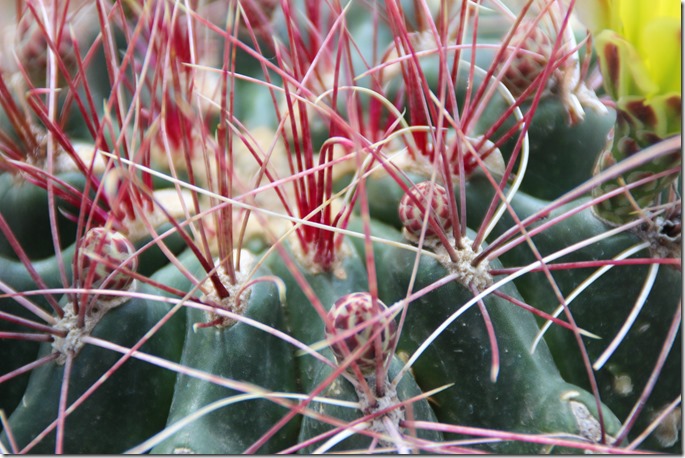 Blooms are yellow with touches of red on the outer petals of the flower. This specimen is probably at least five to ten years old and is almost as large as a soccer ball. It has bloomed before, but not like it did this year. 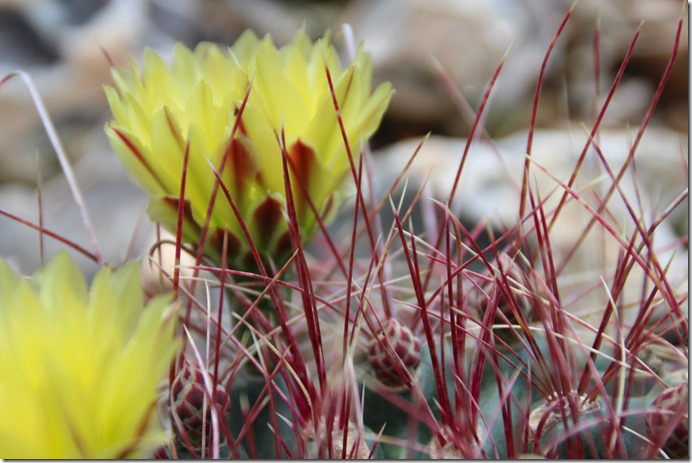 One year I noticed possible signs of freeze damage near the base of the plant. 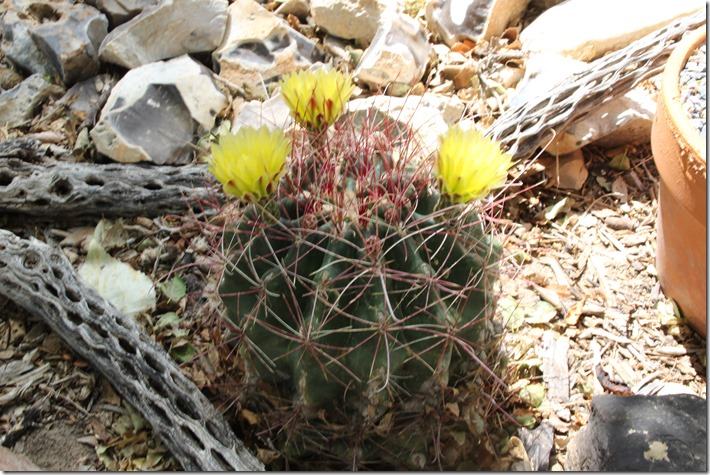 The winter of 2015 was predicted to be a doozy, and it was. I decided this specimen might benefit from a little protection. Sure enough, that was the year we had a blizzard that produced four and five-foot snow drifts that lasted at least two weeks. Before the snow hit, I covered the f. hamatacanthus by turning a plastic 5-gallon bucket over on it and putting a rock on top of the bucket just to make sure it didn’t blow away. That bucket and plant are under the crest of this snow drift, which took just about two weeks to finally melt. When the drift was just about level with the top of the partially exposed bucket, with trepidation, I removed the bucket. The cactus showed no signs of damage and was happy to see sunshine again. 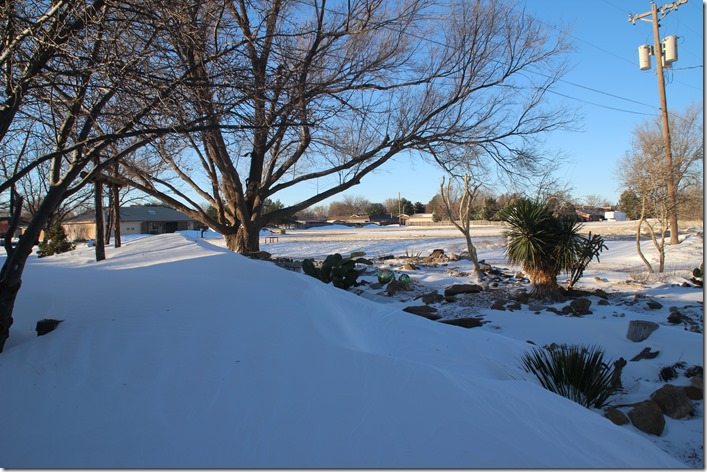 Over the next three years I protected it from icy winds and prolonged freezing temperatures. It has grown and bloomed, but this year I counted nine buds forming. Three bloomed one day, and a few days later, six opened at the same time. 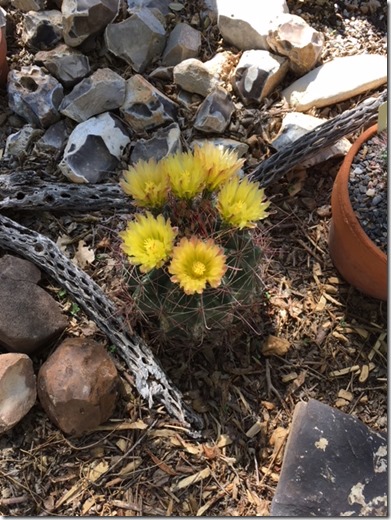 Many cactus flowers stay open only a day; every time this one bloomed this year the blooms closed slightly that night and reopened for one more day. I guess they have done that before and I have forgotten.

This species is said to be very cold tolerant, but considering its native range is south Texas and Mexico, it makes sense to me that a little protection from winter weather in Muleshoe would be appreciated. And while it probably would survive without my help, I think I will just keep on covering it in the winter. 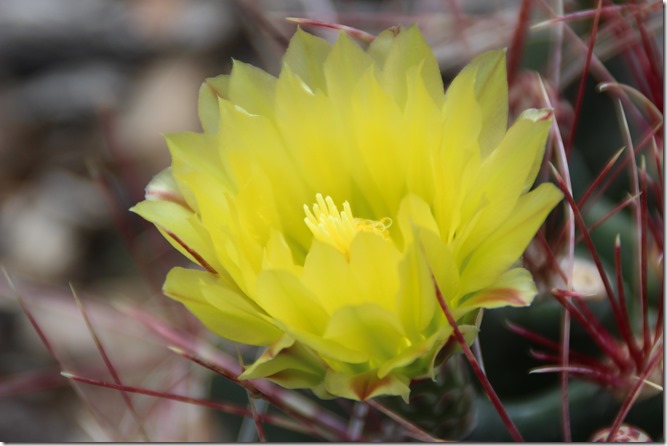 Cold-hardy or not, consider adding ferocactus hamatacanthus to your collection. You won’t be sorry.