The Hedgehogs are Doing Their Thing

I have shared hedgehogs before, but they are just so pretty again this year, it would be a shame not to let them bask in all their glory. 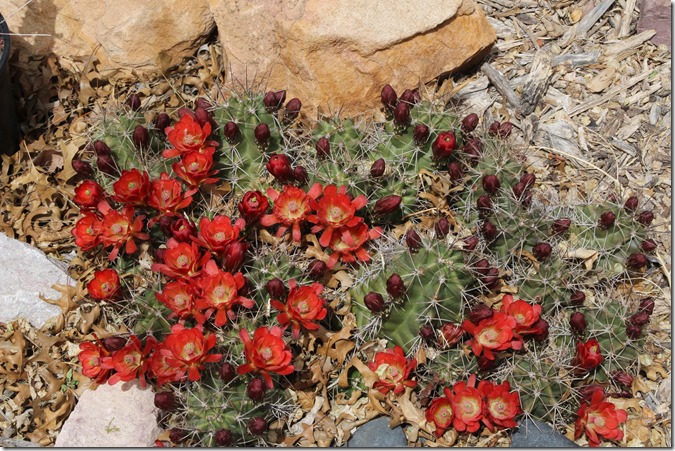 Hedgehogs are of the genus echinocereus which has many species, this one being a triglochidiatus, as are most of mine. They are found in southern and southwest United States and Mexico. I have found them to be dependably cold hardy, a plus for our climate. They are said to like a richer soil than most cacti and a dry winter to flower, in which case no wonder they bloomed well this year! Our winter was definitely dry. Until they are established, they do need weekly watering, but after that they are extremely drought-tolerant. 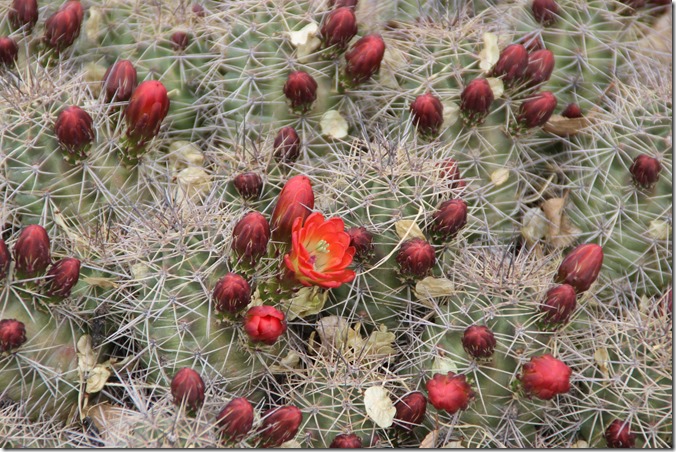 Flowers on hedgehogs last about four days, longer than most cactus flowers because the petals are waxier. 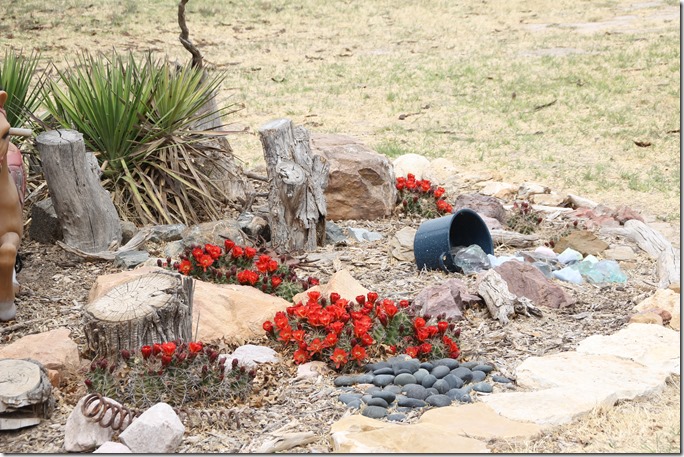 This hedgehog came from a pasture in Kingsland and is a bit smaller than my others, so it is probably a different variety. The flowers are a bit more orange, so it makes a nice contrast to the others. 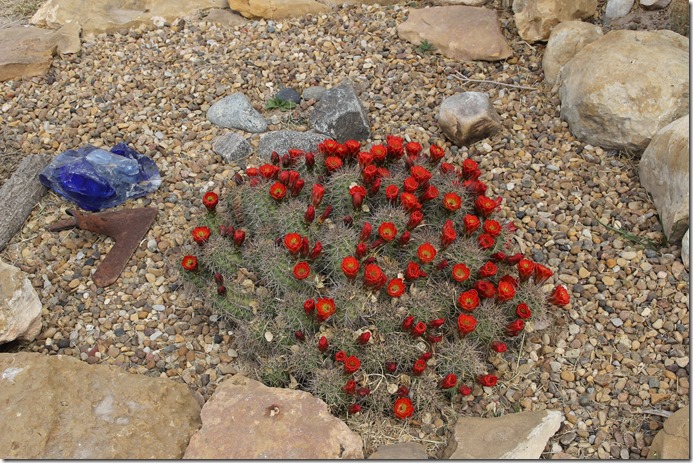 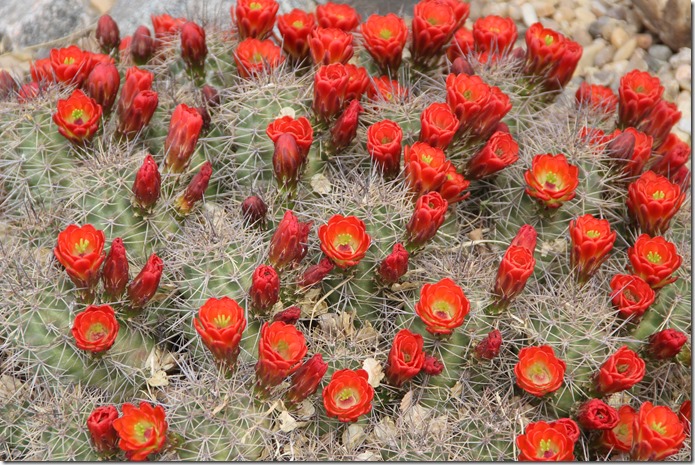 I have several clumps of the red hedgehogs, but I also have this new one that blooms purple. It’s just a baby now, but I can’t wait till it gets as big as my others and is covered in purple flowers. 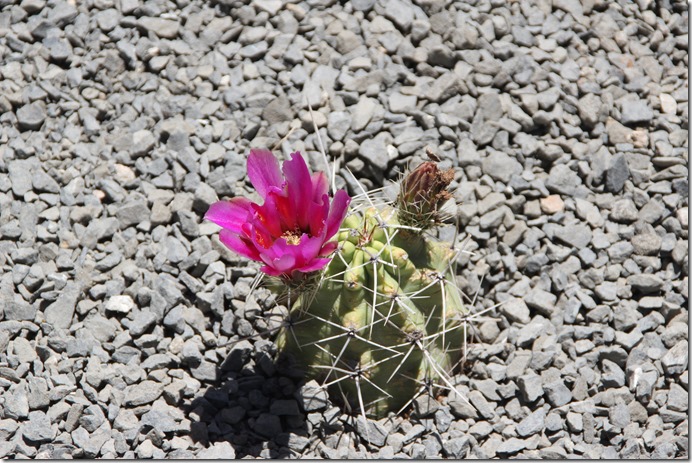 This particular clump has much larger stems than the others, so I suspect it is also a different variety. 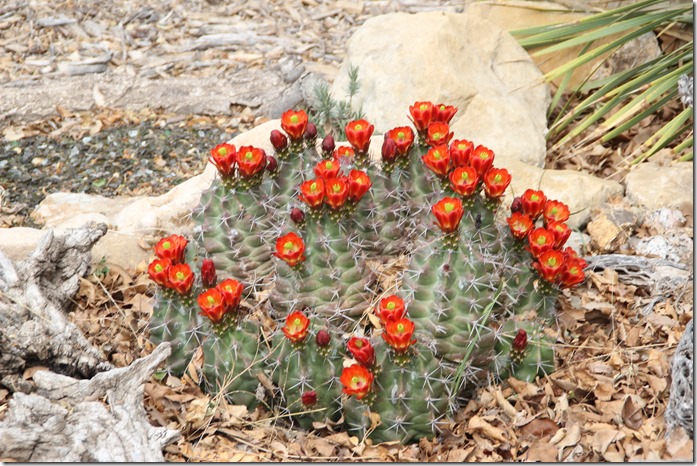 If you have an nice empty sunny location, fill it with a hedgehog. You won’t be disappointed. 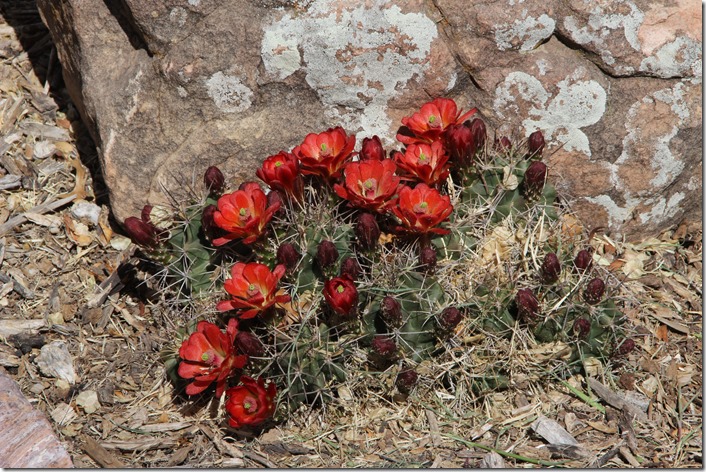 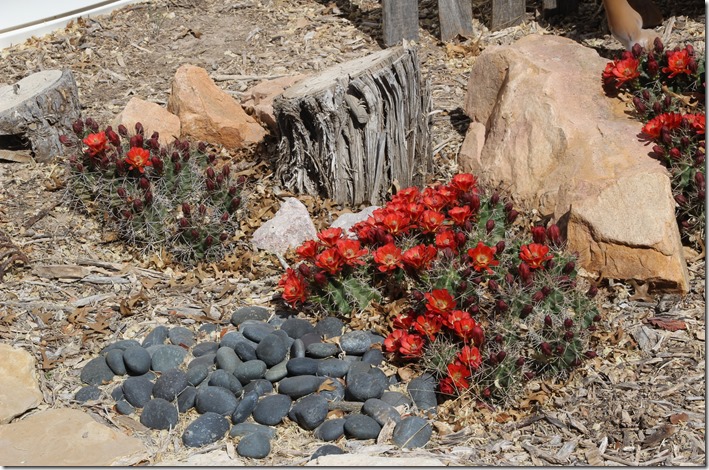