Last Wednesday, May 9th, I had the pleasure of attending the customer appreciation luncheon hosted by the Moore family celebrating fifty years of business of Mohawk Auto Parts in Muleshoe. The event drew quite a crowd to the Bailey County Civic Center meeting room,  the overflow of friends and customers causing extra seating to be set up in the coliseum itself. Craig Black and crew from Grandaddy’s fed a full barbecue meal to a steady stream of people coming to congratulate Dewey and Judy Moore, Lynn and Jimmie Kay Moore, Robin Moore Green, and Leticia Mendoza for fifty years of service and friendship in Muleshoe. 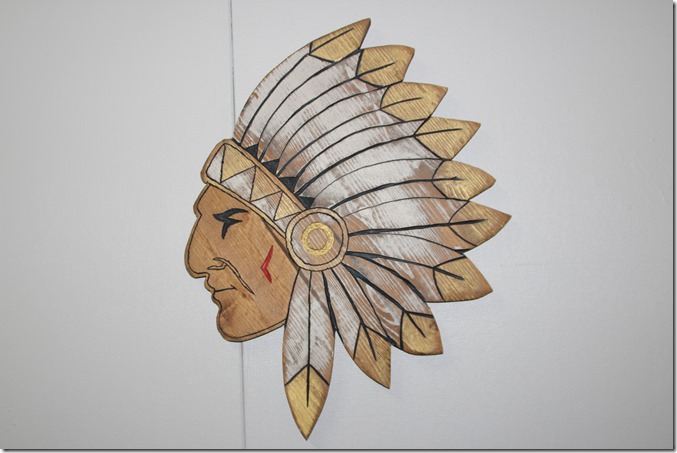 I went early to learn the history behind a store that had survived fifty years of ups and downs in the economy while building a solid customer base built on more than just selling auto parts. The first person in the door before the crowd gathered was Richard Hawkins, which was appropriate since he and Dewey were partners in the beginning and have remained friends over the years. 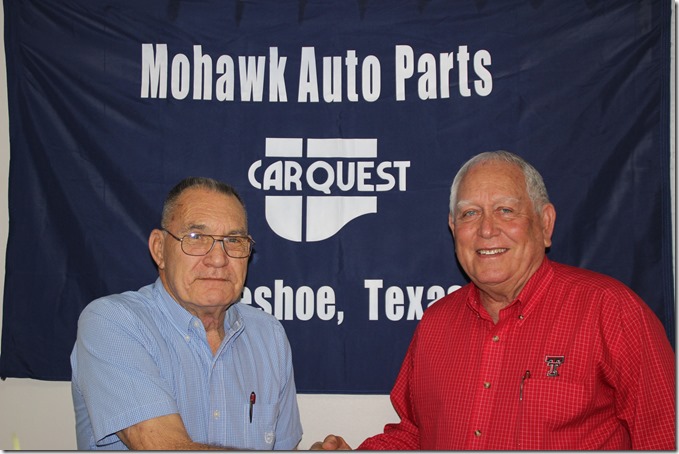 In 1968 Dewey Moore was working at the Poyner-White Auto store and Richard was working at Bovell Motor Supply. Mr. Bovell died during that time, and Richard offered to buy the business. That didn’t happen, but it gave Richard the desire to go into business himself and he presented the idea to Dewey that they be partners in an auto parts store. Dewey was happy at Poyner’s, and they were happy with him and begged him to stay. After about three days of Richard’s cajoling, the idea sunk in and a deal was struck. Then they had to come up with a name for their store, and Richard said why not combine their names and suggested Mo for Moore and Hawk from Richard and Mohawk Auto Parts was born. They rented a building owned by Ernest Kerr on Main Street, later bought it, and started building the  business in that location.

A year later they moved to their current location on Highway 84. Things went well, but in 1972 Richard had the urge to try something else, sold his part of the business to Dewey, and moved to Florida. He eventually made his way back to Muleshoe and the friendship continued, but Mohawk Auto Parts was a Moore family business by then. 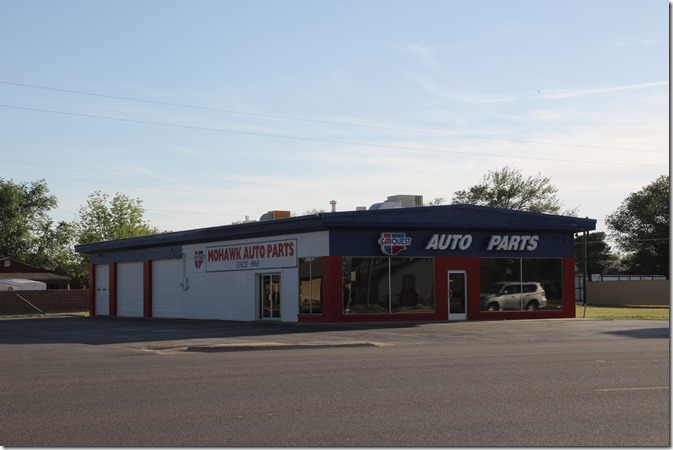 More than once, Dewey and Judy expressed their appreciation for the continued support of the customers who have shopped with them and become friends over the years. Judy made the comment that they had raised lots of kids at that store. I wasn’t sure what she meant until she went on to say they had watched three generations of families come through their door and then told about early employees and the fun they had along with the work. Gary Glover was their first employee after the store was in their name. Derrel Embry worked part-time after school and went with them on impromptu trips to Bull Lake. Judy would make sandwiches, hook up  the boat and pick up Dewey and Derrel at the store, drive to the lake, ski and swim till dark and then drive back for work the next day. She laughed about the time they hoisted John Saylor up by his belt loops on the chain hoist because he wouldn’t tell them who he had a date with that night, but had to let him down without solving the mystery. 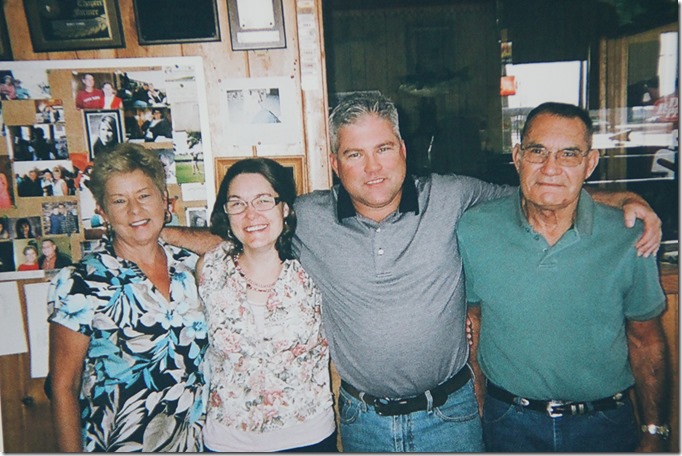 When Lynn was in high school, he would work at the store after school, watching the kids drive around at the Sonic next door, wanting, of course, to be over there instead of at the store. At the time he said he thought he was just being instilled with a work ethic, but realized later they needed him there. They needed him again much later when health issues cropped up and it was time for Mom and Dad to turn the business over to Lynn and his wife Jimmie Kay. Dewey said with the much appreciated help of Bob Finney and Pat Angeley in navigating the paperwork, the ownership changed hands in March 2010, and Lynn and Jimmie Kay have worked to make  the business continue and prosper. 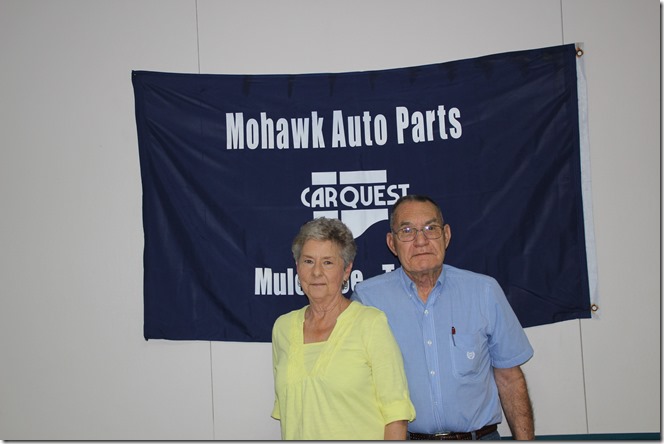 Judy said, very seriously, that at first it broke her heart that Lynn and Jimmie Kay could run the business without her. Every piece of paper used to go through her hands; how could things run smoothly without her there to keep things in order? She then laughed and said later her reaction was Halleluiah! They can do it without me!

Regardless of which Moore was in charge, business was more than just business; concern for others, be they friends or strangers, was part of the package. One early story that proves this was the time a couple showed up at the store on their way from Dallas to California to deliver the car they were driving and claim a promised job once they arrived. But they were having car trouble and had made stops along the way at other auto shops and were left with no money. The man asked Dewey if he would leave his pick-up at the store after work so one of them could sleep in the car and one in the pick-up. Dewey just gathered them up and took them home with him to use their spare bedroom. Judy, in the meantime, had just learned she was pregnant with Robin and not real pleased with the prospect of strangers sleeping in that spare bedroom. But sleep they did, and the next morning Dewey took them back to the shop, made more minor repairs to the car without charging them-and here Judy interjected well, we didn’t have much money right then, either!-and sent them on their way. After that, five dollars at a time arrived in the mail until the bill was paid. And then ten or so years later, that couple drove up, out of nowhere, to thank the Moores again for their help and generosity at a time when they really needed it.

After Lynn and Jimmie Kay bought the business, Brandon Sheets, son of Gene and Melody Sheets, drove up in an old Chrysler, about a ‘62 model, that he was attached to as it been inherited from his grandfather. The air conditioner was not working and needed a belt replaced. The car was old enough that Lynn had to do some hunting to find the right parts and belt, but after a call or two to Lubbock, the belt was located and Lynn had the old air conditioner up and running again. Sometime after that Jimmie Kay met Brandon as she was leaving the store on an errand. Did we get you what you needed, she asked. He paused and smiled and said you don’t just sell parts, you make people glad to come in the store.

It’s not just about selling car parts; genuine interest and concern for others makes a world of difference. And making friends. Dewey said probably 90% of his customers are also his friends.

And most of them showed up Wednesday for the appreciation lunch, old customers, new customers, and friends. The arrival of the dairies in this area brought in new customers to make friends with and a new batch of families to start passing through their doors. On a personal note, I enjoyed seeing many of my former students, all grown up now and taking their places in the work force of Muleshoe. Everyone signed tickets to be drawn for door prizes upon entering and 30 prizes were taken home by some of the approximately 315 guests. Jimmie Kay called out the winners, and when her voice gave out, June Hunt helped finish the announcing. 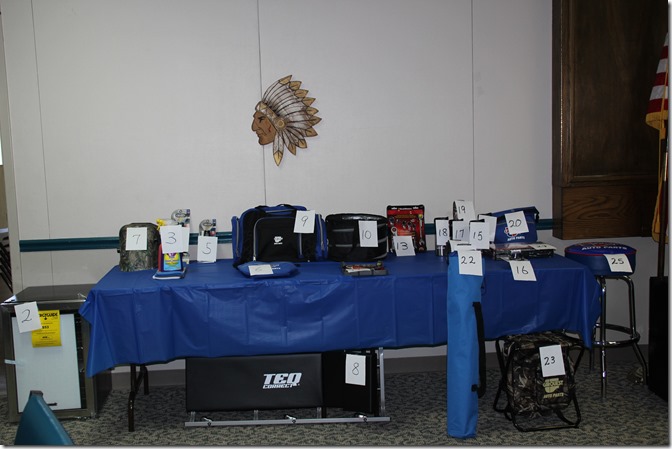 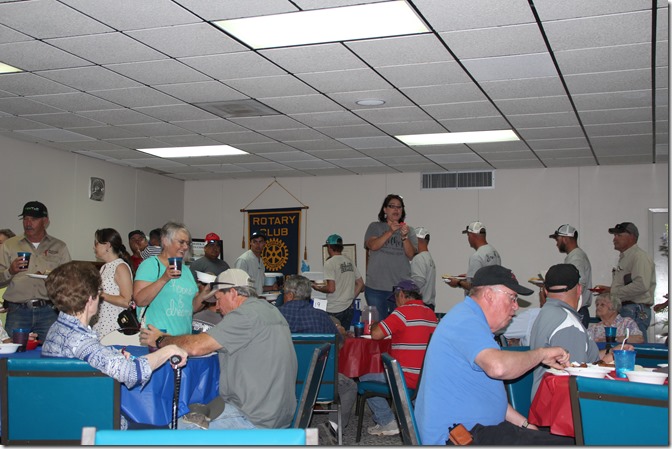 One of my former students has been with the store for the duration. Leticia Garcia Mendoza worked for them as a DECA student in high school about thirty years ago and has been there ever since. Jimmie Kay, shown here with Leticia, confirms she is pretty much part of the family. 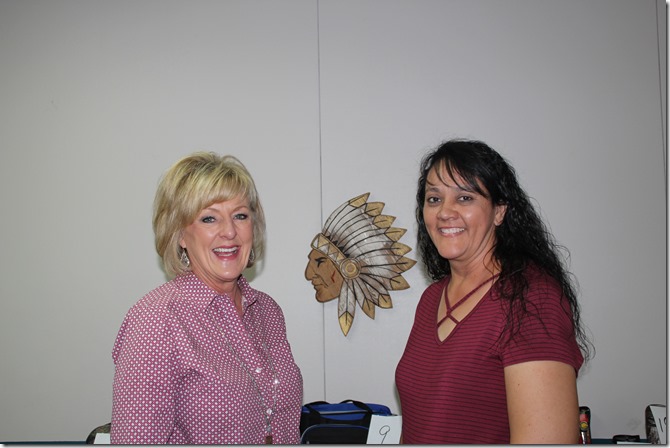 Robin, shown here with brother Lynn, pulled time herself at the store when she was in high school. She has since married and moved to Midland. 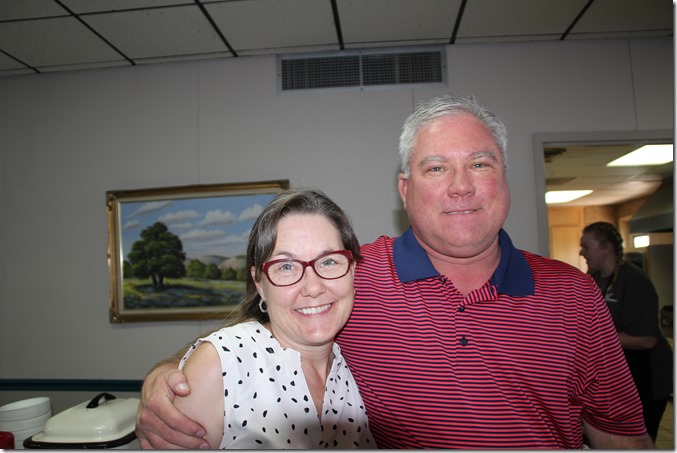 The store held a very informal customer appreciation lunch on their fortieth year in business. It was more of a come and go affair at the store and very hectic, so when number 50 rolled around, Lynn and Jimmie Kay wanted to do it up in a big way and told Dewey and Judy not to worry, they would handle the whole thing. Which they did and Dewey and Judy could just relax and visit with everyone. Jimmie Kay’s sister, Rita Gregory, who lives in Nampa, Idaho, wanted to share in the celebration and encouraged Jimmie Kay to take some things from the store down to Lasting Impressions for Sarah to use in this very appropriate arrangement. 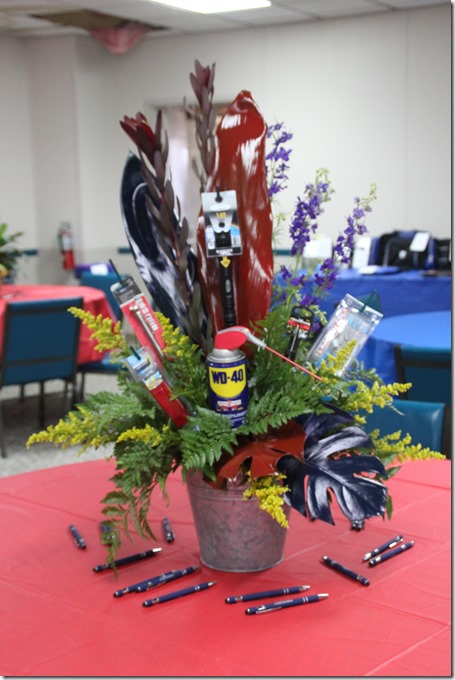 I’ll leave you with this shot of a gift made for the family  by part time employee Jackie Claborn. What could be more appropriate for an auto parts store than a sign made of car license plates? What fun! 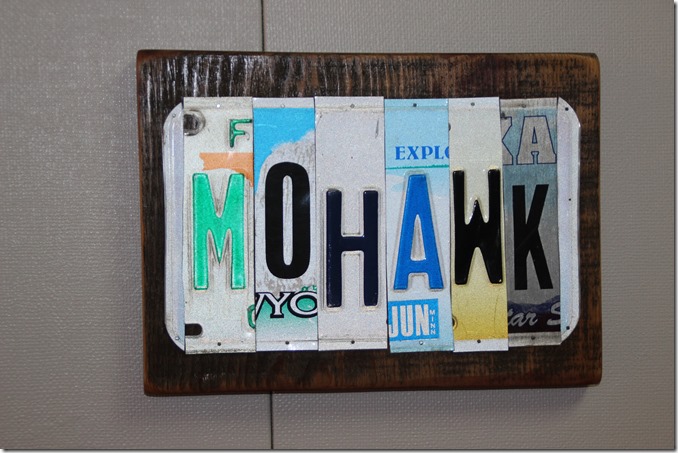 Congratulations, Moore family, on a job well done for the last fifty years.

Thanks to Dewey and Judy Moore, Lynn and Jimmie Kay Moore, Robin Green, and Richard Hawkins  for sharing their lives and stories with me.