American flags mysteriously pop up around town on holidays, making a patriotic statement and looking pretty to boot. 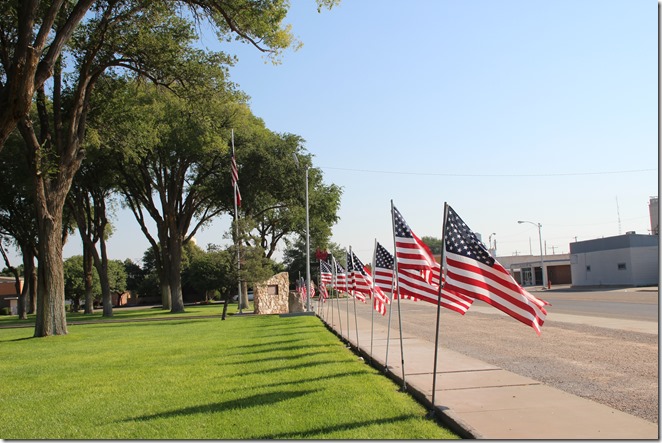 Those flags don’t march themselves out there; we have the Muleshoe Rotary Club to thank for reminding us we are privileged to live in the United States of America. 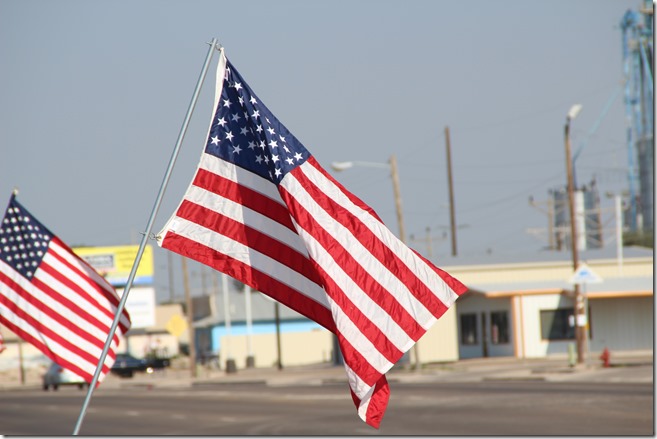 This all started way back last century when Muleshoe boasted a Lion’s Club, a Kiwanis Club, and a Rotary Club. The Kiwanis Club started dressing the streets with flags on patriotic holidays, but as time went on, that group lost members and eventually disbanded.

It was about that time that Muleshoe’s Rotary Club was in need of a fundraiser to support their scholarships and programs, and my husband Bill, who had been a member of the Kiwanis Club and was still a member of the Rotary Club, knew the flag program was a fundraiser in need of a sponsor, suggested the Rotarians take it over, and they have been putting out the flags ever since.

Ever since when, you might ask. I did ask and so far haven’t found anyone who can remember! Which says to me flags have been put out for such a long time that we just simply expect them to be there and facts about their origins have faded over the years. When it began isn’t as important as the fact that it is still going on. The flags make us proud and remind us that the day has been set aside as an honor, for reflection, or celebrating an event in America’s history. That the flags dress up the streets and look pretty is a nice side effect. Putting out the flags on holidays funds the Rotary Club’s programs and scholarships, but it is also a patriotic service the group likes to do for the community. 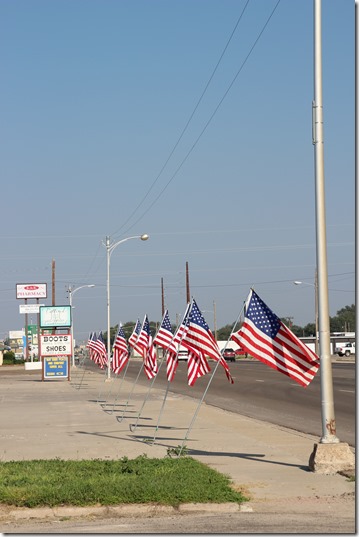 Starting at 7 a.m. on nine holidays-Martin Luther King Day, Presidents’ Day, Memorial Day, Flag Day, July 4th, Labor Day, Columbus Day, Veteran’s Day, and Patriot’s Day in remembrance of 9/11- teams of Rotarians strike out on four routes to put out 138 flags in front of businesses and homes, completing the task by 8 o’clock so that they are up and flying for all to see. The club lines the courthouse lawn with 36 flags as a public service, but 11 of those flags are sponsored by individuals in honor or memory of someone. Flags are taken down starting at 5 p.m. and the job is completed before sundown. 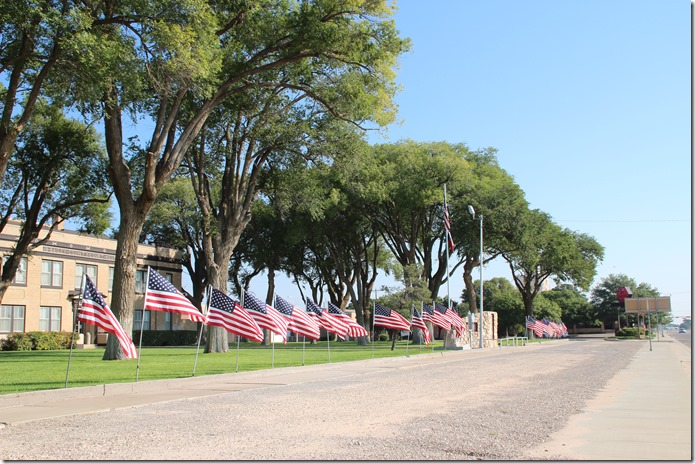 Rotarian David Tipps makes sure everyone in the club  has an opportunity to take part in displaying the red, white, and blue.  He chuckled that on rare occasions members have forgotten to pick up a flag or sometimes took a flag personally owned and displayed by an individual or business, but this seldom happens. But, goodness-138 flags? It’s a wonder it doesn’t happen all the time! I think we can forgive a few mistakes in light of the pleasure seeing the flags gives us. For a mere $30 per flag, you too can support the Rotarians and display your pride in America all year. And they do appreciate the local support shown for the flag program. 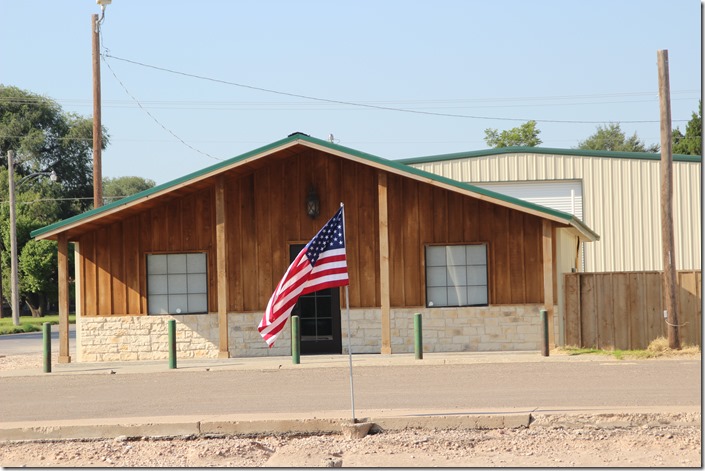 Memorial Day is coming up. Flags will be flying. Enjoy. Thank a Rotarian. And consider yourself blessed to live in America.

Contact David Tipps, Kris Phillips, or Scott Miller if you would like to participate in the flag program.

Thanks to Bill Liles and  David Tipps for their help with this article.