One of the first stories I heard when we moved to Muleshoe is this classic I am about to share with you. Old-timers are probably already smiling, because I suspect my title gave it away. In fact, everyone I approached asking for more information about it knew exactly what I was talking about before I could even finish my sentence. 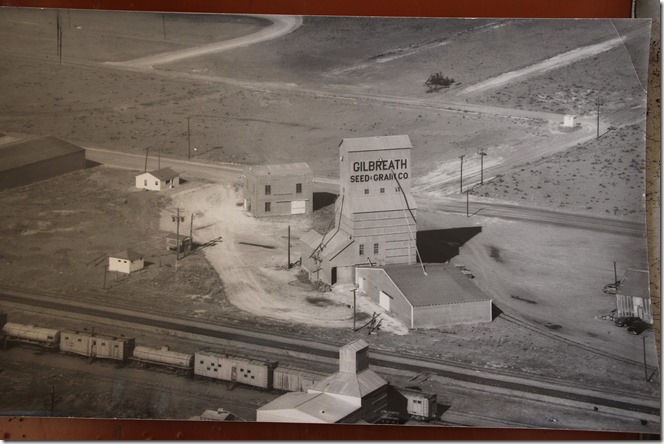 The story goes that when Rufus Gilbreath, owner of Gilbreath Seed & Grain Company in Muleshoe, Texas, would attend seed conventions in major cities like New York, Chicago, or New Orleans, he would end the day’s activities with a stop at the hotel’s newsstand for a copy of his hometown newspaper, The Muleshoe Journal. The scenario might have played out something like this.

The day’s meetings and events had ended and the men were saying their goodbyes till the next morning. Inquiries were made about plans for the rest of the evening, possibly a night out in the big city?

Mr. Gilbreath would casually remark that he figured he would just pick up a copy of the Muleshoe Journal, head to his room, and call it a night. His colleagues, who delighted in teasing him about being from a dinky little hick town with a name like Muleshoe, broke up at this remark, confident, of course, that no metropolitan newsstand would bother with the likes of a small West Texas town’s newspaper.

This didn’t faze Rufus at all as he strolled up to the newsstand, asked for a Muleshoe paper, was quickly handed a copy, paid and tipped the newsboy, bid good night to the speechless, shocked group behind him, and casually made his way to the elevator, straight-faced, until the door closed, and then I suspect a smug smile broke into a large grin as he reveled in the fact that he had once again put one over on these guys who had not a clue they had been set up.

What the acquaintances didn’t know was that earlier in the day Rufus had taken several copies of the Muleshoe Journal that he had brought with him to the newsstand, confided in the person behind the counter what he was about to do, paid him for his trouble, and then had great fun impressing these big city men that Muleshoe, Texas, was indeed known far and wide. I was told that on some occasions Rufus even took bets as to the chance that the newsstand would have the paper, let alone even know that Muleshoe existed. Needless to say, Rufus walked away with all the wagers, which made it even more fun for him.

I enjoyed this story when I first heard it, but this time around when I went asking for details and all, the fun part was the chuckles that stopped me mid-question and the fact that everyone I asked beat me to it and knew the story I was going to ask about before I got past the words newspaper and seed convention! His daughter, Doris Ann Gilbreath Eubanks shared the story along with general family history when I called her. Max King had all kinds of side comments about Rufus, so I know there are no doubt other Rufus stories out there I haven’t heard. 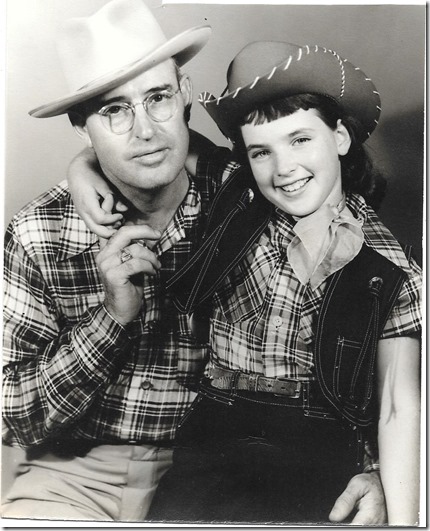 Rufus Gilbreath and daughter Doris Ann, taken when she was ten years old in 1953.

Tim McCormick, son of Roland McCormick, who was a business partner with Rufus and eventually bought the business, said when he was a young man and Rufus was getting older, it was his job to drive Rufus around and  take him to and from  coffee when visiting at the Corral Restaurant. Tim told me one of those driving-around errands was to track down someone who owed Rufus $40. They tried, and while I don’t remember that Tim remembered actually collecting the debt, he did say they probably burned $200 worth of gas just trying. Tim also told me that Rufus was the person who hybridized the Honey Sweet sorghum-Sudangrass still used by local dairymen when making silage. 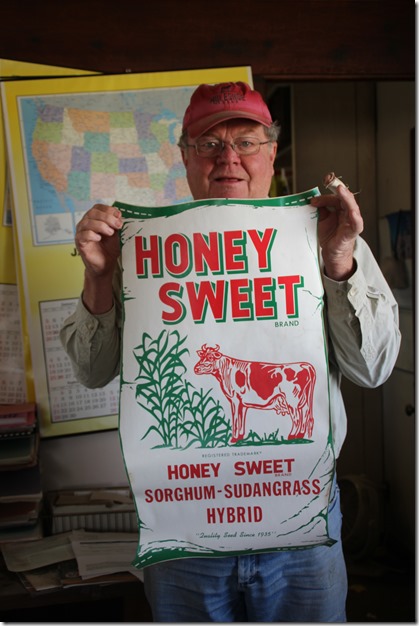 I don’t know how many times Rufus was able to get away with the newspaper caper, but several times, I suspect, enough times to make it a classic that is a fond memory to many in this town. I wonder if his victims, who no doubt figured it out eventually, were willing to share it with their big city friends?

I hope so. It’s a great story!

Thanks to Max King, Magann Rennels, Doris Ann Eubanks, and Tim McCormick for helping me with this story, and Joe Bob Stevenson who told it to my husband, Bill, who told it to me 38 years ago!